To commemorate the world-acclaimed Vietnamese street food sandwich, Google onMarch 24 published a doodle of Banh mi on its homepages in Vietnam and more than ten other countries.

Miss Universal Vietnam 2017 H’Hen Nie in a Banh mi dress (Photo: Tuoi Tre Newspaper)Animation of Vietnamese bread and traditional bread counter – Doodle Banh Mi appeared on the home pages of the search engine in the US, Canada, Singapore, France, Australia, Switzerland, Vietnam, among others to celebrate the ninth anniversary of the launch of the word Banh mi in Oxford English dictionary.The popular and affordable Vietnamese dish with stuffing such as steamed pork rolls, pork, pate, butter and pickles “is sure the get you mouthwatering”, wrote Google in a web page linked to the doodle.

Previously, Vietnamese bread ranked second in the list of the best street foods in the world, according to The Guardian.

David Farley, a BBC travel and culinary reporter, praised the bread as the most delicious sandwich in the world.

Late chef Anthony Bourdain, one of the most culinary experts tasted Phuong Bread in Hoi An, Quang Nam province and praised this delicacy in his No Reservation program on CNN.

Thuoc Bac - a street with diverse colors of old Hanoi

Vinci a winner when it comes to Italian experience

China’s continued deployment of ships in the East Sea has been criticized by the international community (Photo: AFP) The Philippines has sent two more diplomatic protests to China, saying that the continued swarming… Read more »

China’s continued deployment of ships in the East Sea has been criticized by the international community (Photo: AFP) The Philippines has sent two more diplomatic protests to China, saying that the continued swarming… Read more »

Located in Ngu Xa area Ba Dinh district, Chinh Thang restaurant has been famous for pho cuon. It is known as the first place in the city to offer the food, also a… Read more »

Late-night eating: a pleasure of Hanoians

Wandering around Hanoi at night, you will stray into another world of the capital city. It is not as busy as during the day time but still lively with restaurants opening late.  The… Read more »

Grilled pork in bamboo tube, a specialty of the Central Highlands

Early last month, HCMC-based Trung joined a group on a two-day tour to explore the two caves that are part of the cave system in the Phong Nha – Ke Bang National Park.… Read more »

At the end of the 19th century, Hanoi was already famed for its cuisine, but then, as today, the best-known dishes were not found in large restaurants or at fancy feasts, street stalls… Read more » 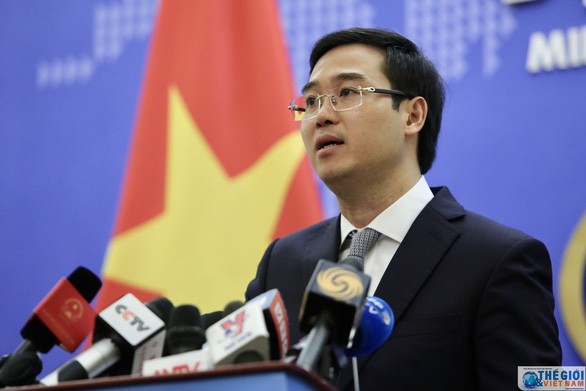 Which season is the best season for Con Dao tourism and where to go?

Hoi An ancient town empty due to Covid-19

Camping, enjoy food by the stream on holidays

Transportation service suspended, tourism activities halted due to the impact of a new Covid-19 outbreak

Trains cancelled from May 6 to prevent widespread community transmission

Delicious Banh Can dishes in Nha Trang that you must try