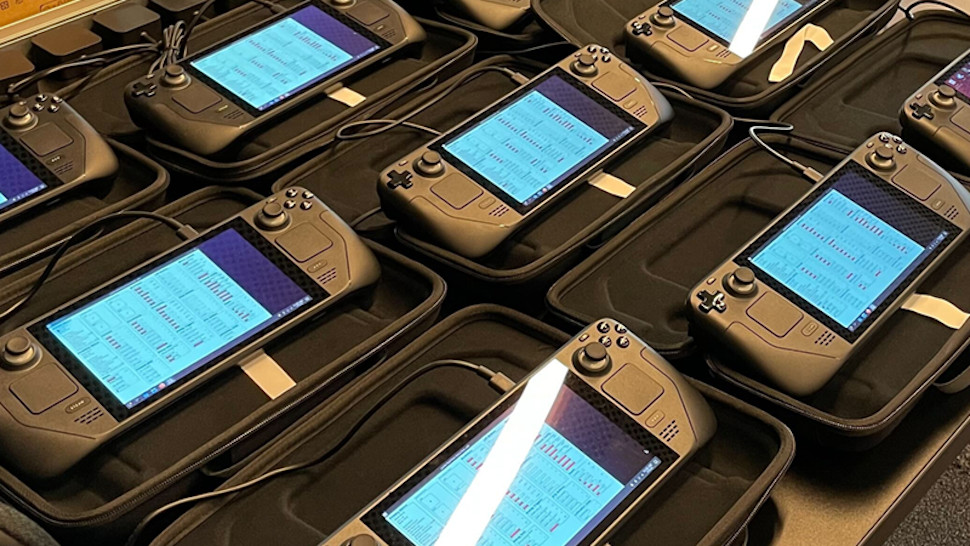 Valve has offered up another assurance that the Steam Deck is set to ship on time, by the end of next month.

The company wrote a January update which stated: “First and foremost, we’re on track to ship Steam Deck on time. Global pandemic, supply issues, and shipping issues notwithstanding, it looks like we’ll be able to start getting these out the door by the end of February.”

Valve also noted that production is ‘ramping up’ and shared a photo (see above) of some of the initial batch of handhelds which the firm has received to test in-house (“they’re looking great” according to the post). Also, Valve said that another wave of dev kits is going out to game developers now, on top of the ‘hundreds’ which have already been shipped for testing duties.

The other interesting point raised in this update is that work on the Steam Deck Verified ratings system is progressing, and we will soon see ‘Deck Verified’ labels being applied to games on Steam, which have been tested across four main categories – input, seamlessness, display, and system support – to ensure that they play well on the portable PC.

Analysis: Doubling down on reassurance that there won’t be any further delay

It’s great to hear that the Steam Deck remains on course for the intended release timeframe, and this echoes the assertion made a month ago in the middle of December, letting us know that everything was still on track when it comes to the first units going out.

Valve is likely quite keen to keep us updated with good news if it can, remembering that the initial announcement of a two-month delay was met with considerable disappointment – the handheld was supposed to launch in December 2021, originally.

Of course, this still isn’t a cast-iron guarantee of no further delays, because Valve is still couching the statement in terms of it “looks like”, and that’s understandable – you never know when a last-minute gremlin might rear its unwanted head.

As we always say in these cases, though – whether it’s hardware or a game – we’d rather the maker takes the time to get it right, than rush things and risk a flawed product leaving a sour taste in the mouths of early adopters.