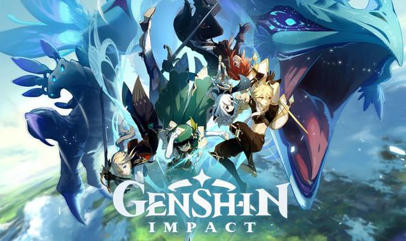 We’re just hours away from the new Genshin Impact Banner from starting across PS4, PS5, PC and Mobile platforms. Plenty of new content is being planned, along with a tie-in to the game’s first-anniversary event.

Genshin Impact has proven very popular with gamers since it first launched last year, and a lot of its continuing success is down to its regular content updates.

The next of these is arriving this week, providing a new Genshin Impact event Banner and character to unlock.

The good news is that this week’s Kokomi Banner – Drifting Luminescence event – comes complete with a new unlockable five-star teammate, meaning there will be a lot of interest in when it starts and how long it lasts.

This will also coincide with the game’s first anniversary, with plenty of tie-in rewards being planned.

Many of these are being planned for after the next Banner is released, some of which will be kicking off close to the end of the current month.

However, most fans will be focused on the upcoming Kokomi Banner and how best to unlock the new character.

Kokomi brings new abilities to the game with her usual attack offering multiple strikes dealing hydro damage and taking the form of a fish.

Kokomi’s plunging attack will damage all enemies in her patch and area of effect hydro damage.

WHEN DOES THE GENSHIN IMPACT KOKOMI BANNER START?

Developers Mihoyo has confirmed that the Genshin Impact Kokomi Banner has a scheduled release date for Tuesday, September 21.

This is expected to be one of the last banners before the release of Genshin 2.2 and includes a new five-star character, Kokomi.

PS4, PC and Mobile gamers should get access to the event at the same time, alongside the next-gen PlayStation 5 console.

For those wanting to drop in straight away, the Genshin Impact Kokomi Banner release time has been scheduled for 5pm BST in the UK, and 3pm PDT in North America, on September 21.

A message from developers Mihoyo explains: “During this event wish, the event-exclusive 5-star character Pearl of Wisdom Sangonomiya Kokomi (Hydro) will receive a huge drop-rate boost!

“Of the above characters, the event-exclusive character will not be available in the standard wish Wanderlust Invocation.

“The Test Run trial event will be open during this event wish. Travelers may use fixed lineups containing the selected trial characters to enter specific stages and test them out. Travelers that complete the challenges will receive the corresponding rewards.”

There will also be a new story quest to play through and fresh five-star weapons to unlock as part of the ongoing event.

As mentioned above, this will be one of the last major events held before Genshin Impact 2.2 is released.

Developers Mihoyo has not provided an exact date for when they will be launching the next update, but it appears it will be happening around October 12, 2021.

Gamers are expecting a flurry of leaks and new information before that happens, including what new banner will be hosted after Kokomi.

Chris Hemsworth and Taika Waititi purposely didn't tell Marvel about their friendship before the director signed on for 'Thor: Ragnarok'

Julian Assange could serve sentence in Australia if convicted, US says

Brit rugby player, 24, drowned after jumping off waterfall at Australian beauty spot when friends piled on top of him

Guido Weijers: ‘I hope everyone has forgotten me after my death'

In a new episode of Podbast Weijers tells presenter Bastiaan Meijer that he ‘always finds major social themes more interesting than himself’. “I often say: I love myself very much, ... Read more »

(Bloomberg) — New York Attorney General Letitia James is expected to soon announce a run for governor after less than one term as the state’s top law enforcement officer, according ... Read more »

In a last-minute push before heading overseas, President Joe Biden headed to Capitol Hill Thursday morning to try to get all Democrats behind his social spending and climate policy agenda. ... Read more »

Will the US reinstate the ‘Remain in Mexico' policy?

© Provided by Al Jazeera Two Republican-led states, Texas and Missouri, sued the Biden administration back in April arguing that ending the ‘Remain in Mexico’ programme was ‘arbitrary and capricious’ ... Read more »

2 in 5 Americans believe ghosts are real and 1 in 5 say they've seen one, survey says

The story behind Sharon Stone's glam-over at 63

Granted, Sharon Stone is not your ‘everywoman’ kind of celebrity. But there is something for all of us to take away from her post-lockdown attitude to fashion; a more is ... Read more »

© Provided by Al Jazeera A sharp slowdown in consumer spending was behind the disappointing US Q3 GDP figures [File: David Zalubowski/AP] The United States economy grew at a slower ... Read more »

Eastenders actor Danny Dyer and his daughter Dani will soon be out on the road looking for bargains on BBC Two’s Celebrity Antiques Road Trip. Danny and Love Island winner ... Read more »

© Provided by The National ESG investments have gained traction after the Covid-19 pandemic led to a shift in priorities for investors. Getty Images The Saudi Exchange issued Environmental, Social, ... Read more »

Just when you thought we might have run out of musicians to make biopics about, news has arrived of another one in the works. © Getty Images for Global Citizen ... Read more »

The Best Room At... The Prince de Galles in Paris

© Courtesy Prince de Galles, a Luxury Collection hotel Located in the Golden Triangle in Paris, the Prince de Galles is marking its 92nd anniversary this year with a brand-new ... Read more »

After threats, France opens door to talks on fishing feud

It’s Friday night in north London’s Black Heart, a rock and metal bar tucked away on a Camden side street. The walls and ceiling are – inevitably – painted black, ... Read more »

California artists lost work in the pandemic. This state law aims to pay them a living wage

© Provided by Dot Esports Riot has released a new song and music video in collaboration with Imagine Dragons and JID ahead of the grand debut of Arcane, the upcoming ... Read more »

By Helen Reid © Reuters/CHRIS HELGREN FILE PHOTO: A polymetallic nodule is displayed the the booth of DeepGreen Resources during the PDAC convention in Toronto JOHANNESBURG (Reuters) – Regulations governing ... Read more »

MSC Cruises is calling on artists all over the world to help turn its newest ship into a masterpiece with a new design contest, the company shared with Travel + ... Read more »

If you're in the US, Canada, or the Americas, Pikmin Bloom is available now

© Provided by GamePur After launching in Australia and Singapore earlier this week, Pikmin Bloom is now available to download in the US, Canada, and the rest of the Americas. ... Read more »

You have a unique chance to save big on a great piece of Bose hardware today. The B&H DealZone is a collection of limited-time daily deals, and one of the ... Read more »

Cynthia Erivo Vocal powerhouse Cynthia Erivo, who is just an Oscar away from an EGOT, and cellist Yo-Yo Ma, a 2011 Kennedy Center Honoree, are slated to perform at the 2021 CARE ... Read more »

© TheCelebrityfinder/MEGA katharine-mcphee-floral-skirt-thong-sandals Katharine McPhee is soaking up the last few warm days of the season in style this week. The “Smash” star grabbed lunch in Los Angeles with her ... Read more »

Billboard and VersusGame are joining forces to bring music nerds a one-of-a-kind, user-generated experience with games that test their knowledge of pop culture for a chance to win prizes and monetize ... Read more »

Dance artist Micaela Taylor and sax man Branford Marsalis lead our shortlist of not-so-spooky cultural offerings this Halloween weekend (but if you’re looking for something scarier, feast your eyes on ... Read more »

Sabic to invest $1.37bn in UK plant as it aims to cut emissions

© AFP Sabic has manufacturing units across the globe, including in the Americas, Europe, the Middle East and the Asia Pacific. AFP Saudi Basic Industries Corporation (Sabic), the Middle East’s ... Read more »

NHL Rink Wrap: Blackhawks lose on and off the ice

© Provided by NBC Sports Top player from Wednesday in the NHL Sergei Bobrovsky, Florida Panthers Bob stopped 30 of 31 shots faced during a 4-1 win over the Bruins. ... Read more »

Boris Johnson must be 'ready to move fast' to Plan B if Covid worsens, warns science chief

Boris Johnson must be prepared to “move fast” to impose “Plan B” measures such as masks and vaccine passports if Covid infections spiral, the Government’s top scientist has said. Sir ... Read more »

Mark Davis: Front-office departures were due to “accounting irregularities”

Who is brave enough to be Trump's 2024 running mate?

Budget: Experts warn millions will be worse off as taxes and living costs rise

How to Take Body Measurements When Sewing Your Own Clothes

This is what Canadians are asking Google about electric vehicles

Is Disney Genie as powerful as it seems? Here's what I learned after testing it out