Brexit Britain was kicked out of the EU’s Global Navigation Satellite System (GNSS) after cutting ties with the bloc. Civil servants and industry insiders have pushed for the Government to revive talks on rejoining – and the EU appeared to open the door to talks. In June, Timo Pesonen, the European Commission’s Director General for Defence Industry and Space, said: “The European Union is open to negotiating with the UK on its participation in the EU space programmes. The ball is in London, not here.”

But Express.co.uk can confirm that the Government has no plans to play ball with Brussels.

Instead, the UK will continue to depend on the US Global Positioning System (GPS) for position, navigation and timing (PNT) services until a suitable replacement is selected.

A spokeswoman from the Department for Business, Energy and Industrial Strategy added: “The UK no longer participates in Galileo as it did not meet our security, defence and industrial requirements.”

The hunt for a UK replacement is now understood to have filtered down to around 10 options that will be presented to the Government in November. 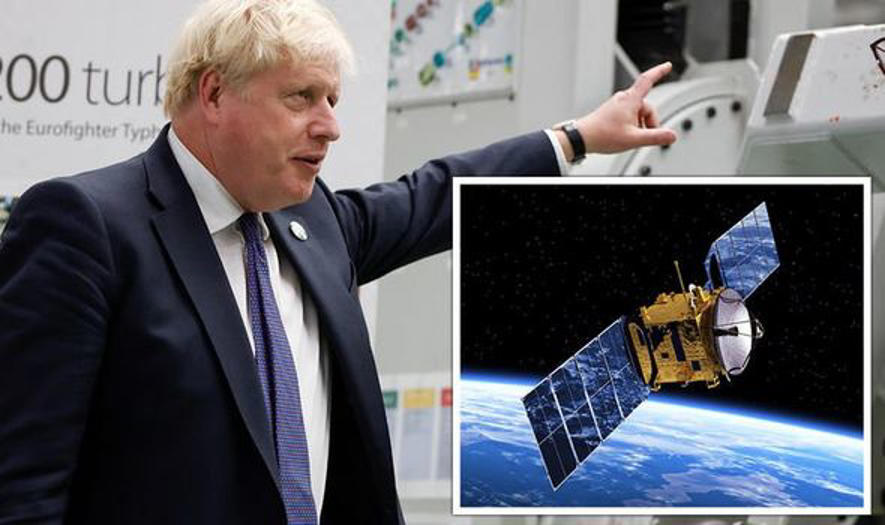 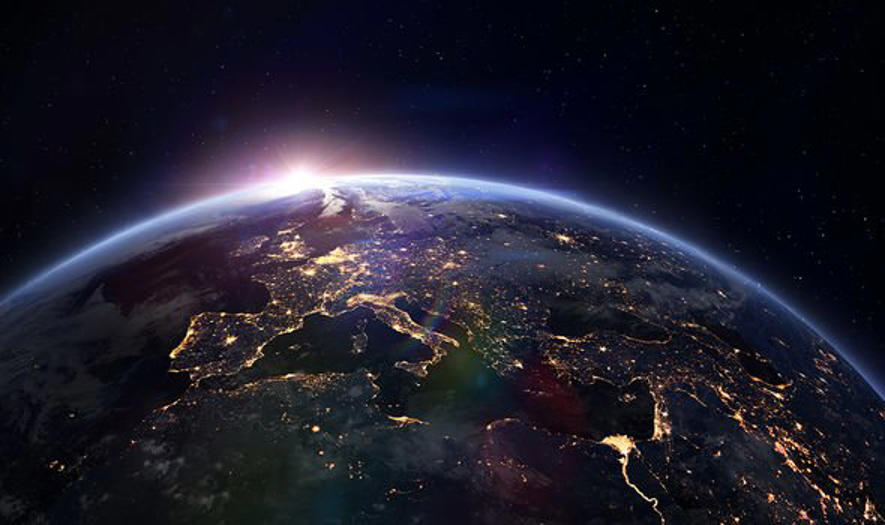 © GETTY The UK was kicked out of the EU project

A number of options have already been touted, including the OneWeb low-Earth orbit (LEO) satellite constellation.

The Government has invested £364million ($500million) to acquire the satellite company OneWeb from bankruptcy, in conjunction with the Indian company Bharti Global.

OneWeb was designed as a broadband constellation first and foremost – it will provide rural 4G, and one day 5G, Internet signals across the nation.

But now, OneWeb’s Gen2 satellite is being tipped as a potential Galileo replacement with groundbreaking technology to meet the needs of Government, military, maritime and first responder customers. 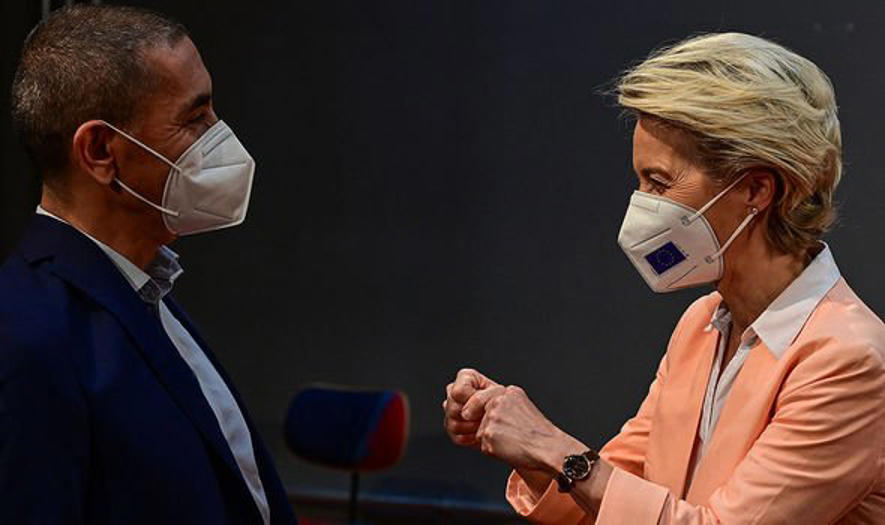 © GETTY The UK will not rejoin the EU’s project

It comes after US company Kymeta announced it has successfully tested its u8 broadband terminal on OneWeb’s low-Earth-orbit constellation.

It is understood that the technology, could be integrated into the rapidly expanding OneWeb system to allow OneWeb to explore solutions that meet the needs of Government, military, maritime and first responder customers.

OneWeb is working with a portfolio of companies, including Hanwha, which recently invested £200 million in the operator. 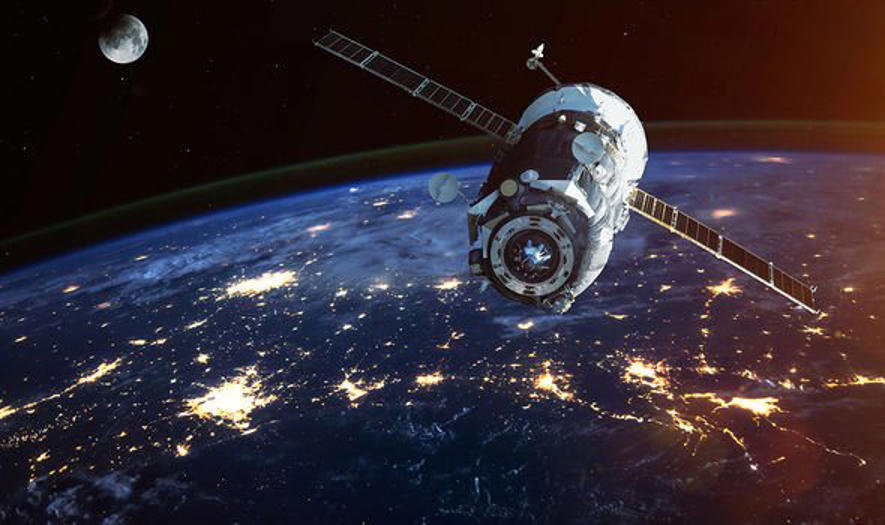 © GETTY The UK is pursuing OneWeb as a possible alternative 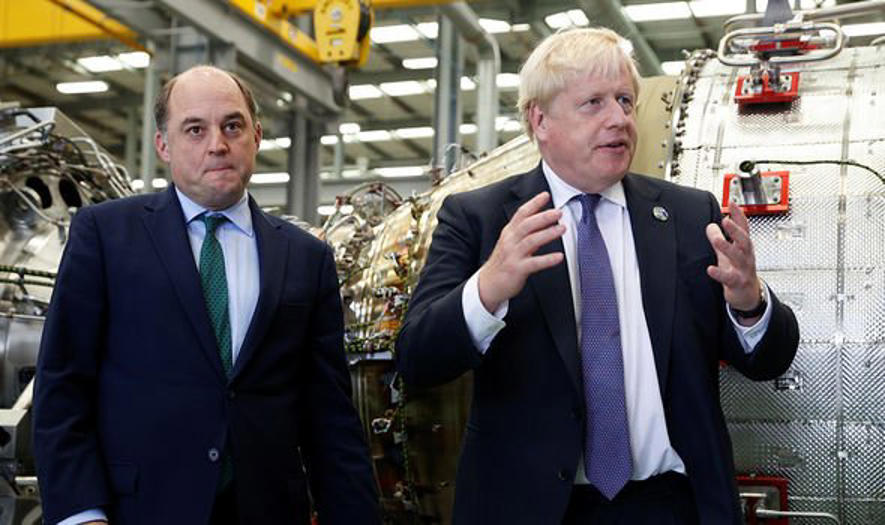 The group will have a seat on OneWeb’s board.

OneWeb said the addition of one of South Korea’s leading defence groups as a shareholder would bring relationships with new Government customers and an expanded geographical reach.

Galileo, which will go live in 2026, features a Public Regulated Service (PRS) that can be used by government agencies, armed forces and emergency services.

The bloc decided this “crucial feature” would only be accessible for EU members, despite the UK developing its “brains and heart”.

Bradley Beal on signing extension: I'm not gonna make a commitment and it doesn't work

© BCCL It’s the last day to subscribe to RateGain’s IPO — GMP at ₹78 RateGain intends to raise ₹1,335 crore through this public issue. RateGain is seeking a valuation ... Read more »

The Matrix Resurrections gets its own fashion range

Australian supermodel Elle Macpherson has confirmed her split from disgraced former doctor Andrew Wakefield after breakup rumours earlier this year.  A spokesperson for the 57-year-old revealed the news to Daily ... Read more »

Oting Citizens, a forum of people of Oting area in Mon district in Nagaland, has barred all groups of the Indian Armed forces from entering Oting indefinitely. In a statement, ... Read more »

India’s vaccine supplies are intact and the supplies will remain unaffected even if vaccine makers curtail the production, a senior health ministry official said, a day after Adar Poonawalla, CEO, ... Read more »

IAF orders court of inquiry; both pilots among the dead

Chief of Defence Staff General Bipin Rawat, his wife Madhulika Rawat and 11 service personnel died when the Mi 17V5 chopper they were flying in ploughed into the ground near ... Read more »

Former England coach David Lloyd has laid into Rory Burns after he was bowled by Mitchell Starc with the first ball of the Ashes. After captain Joe Root won the ... Read more »

© Getty MPs have raised concerns over mental health provision for children in a new report – Getty Children are waiting “far too long” to access mental health services and ... Read more »

This tiny chihuahua went on an emotional rollercoaster when he put his booties on. Dogs don’t really like getting dressed. They’ve already got a thick coat of fur to keep ... Read more »

Dec. 8—Police in Mitchell are searching for a man who led them on a brief pursuit downtown Wednesday afternoon. At approximately 2:45 p.m., police responded to a report of an ... Read more »

VICTORIA — British Columbia’s needs a provincewide approach for reporting seniors abuse amid complaints that are “significantly rising,” says the provincial advocate for seniors.   © Provided by The Canadian ... Read more »

Video: Tearful young women make disturbing claims they were 'needle spiked' with a syringe filled with a date-rape drug that made then fall unconscious and wake up with bruises

Video: The Book of Boba Fett trailer teases the iconic bounty hunter's return to Jabba the Hutt's palace... and his recovery after being left for dead

Video: Bernie Sanders says he is in the 'somewhat uncomfortable' position of agreeing with Rand Paul in opposition to Saudi arms deal's passing

Video: Russell Crowe like you've never seen him before: Unearthed commercials show the young star in ads for Coke, ATMs and an AIDS campaign 'that everyone wanted to be in'

US Attorney’s Office for the Southern District of New York More than a dozen photos were entered into evidence in the Ghislaine Maxwell trial on Tuesday. The images show Maxwell ... Read more »

© Provided by Metro The German coach felt his side played into Young Boys’ hands (Picture: Getty) Ralf Rangnick has revealed his annoyance with some of Manchester United’s approach play ... Read more »

© Provided by The Indian Express PRIME MINISTER Narendra Modi will lay foundation of the 600-km, six-lane Ganga Expressway — connecting Meerut to Prayagraj in the state — in Shahjahanpur ... Read more »

© Provided by The Indian Express Police have arrested a 52-year-old nephew of MLA Vijay Mishra for allegedly thrashing a woman in September this year after she reportedly refused to ... Read more »

© Provided by The Indian Express The Cabinet Wednesday approved the extension of the Centre’s flagship housing-for-all scheme, Pradhan Mantri Awas Yojana-Gramin (PMAY-G), beyond March 2021 till March 2024 to ... Read more »

© Provided by Zee News New Delhi: The cremation of Chief of Defence Staff General Bipin Rawat, his wife Madhulika Rawat who were among the 13 killed in the military ... Read more »

Dec. 8—An Augusta man was arrested Tuesday in connection to a kidnapping on Oct. 29. Christopher L. Nelson, 35, is charged with kidnapping, possession of a weapon during a violent ... Read more »

Today is Wednesday. Welcome to Equilibrium, a newsletter that tracks the growing global battle over the future of sustainability. Subscribe here: thehill.com/newsletter-signup. Florida's manatees have become so malnourished that officials ... Read more »

© Provided by The Star Online A woman being vaccinated at Taman Eng Ann Multipurpose Hall in Klang in July. As of Dec 3, some 312,928 Covid-19 vaccine doses have ... Read more »

The arsonist who torched the Fox News Christmas tree Wednesday allegedly exposed himself to a group of reporters outside the Ghislaine Maxwell trial in Manhattan last week, a photographer told ... Read more »

© Provided by Free Malaysia Today From N Siva Subramaniam As former secretary-general of the National Union of the Teaching Profession (NUTP) and also former president of Cuepacs, it saddens ... Read more »

The North Carolina Supreme Court issued an order Wednesday that moves the state’s primary elections from March 2022 to May 2022, due to lawsuits over redistricting maps for congressional and ... Read more »

What the papers say – December 9

Mounting scrutiny of Boris Johnson over Christmas parties allegedly held last December and new pandemic restrictions are splashed across the front pages. The Sun mocks up the Prime Minister as ... Read more »

The pedophile was seeing Celina Midelfart in the mid 1990s around the same time he was dating other women, it was claimed Midelfart is the heir to her family’s cosmetics fortune and flight logs show she took at least 13 trips on Epstein’s private jet The claim was made by one of Ghislaine Maxwell’s lawyers during cross examination of Epstein’s former pilot on day eight of the trial of Maxwell Pilot Dave Rodgers testified that Maxwell and Epstein were initially dating but later not  Read more »

Georginio Wijnaldum has not managed to establish himself in midfield at PSG Former Liverpool star is willing to return to the Premier League on January loan He admitted that he is 'not completely happy' with situation in French capital 'I was really looking forward to the new step and then this happens', he said Read more »

So...where can we watch the Miss Universe 2021 coronation night?

Rio Ferdinand: Jude Bellingham, 18, improves every team on the PLANET