Wealthy families living by leafy Hampstead Heath have branded £600million plans to build a 19-storey block of flats on a view beloved by poet John Keats as ‘horrific’.

The proposed development at Murphy’s Yard in Kentish Town will be visible from the top of Hampstead Heath, where Keats was inspired to write ‘I Stood Tiptoe Upon a Little Hill’.

Developers Folgate Estates insist the site – which would include a community and event spaces – would be ‘a characterful, playful and accommodating place for all’.

But a mocked-up view of how it might look from the neighbouring beauty spot has seen locals rage against the proposals.

Their ire was laid bare in some 83 consultation responses sent in to Camden Council after Folgate’s plans were submitted last year.

One resident – named only as Emily – opined: ‘This would be absolutely horrendous overdevelopment. 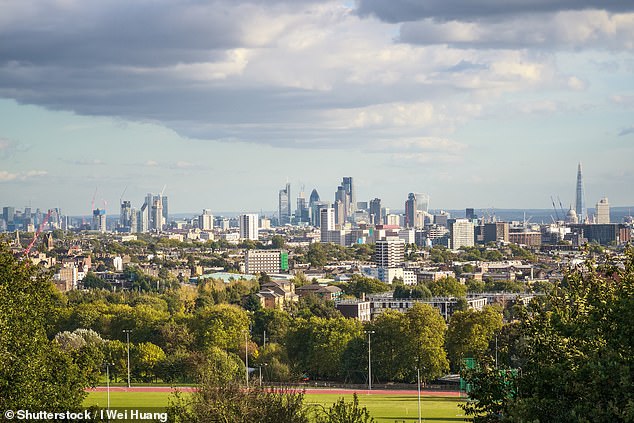 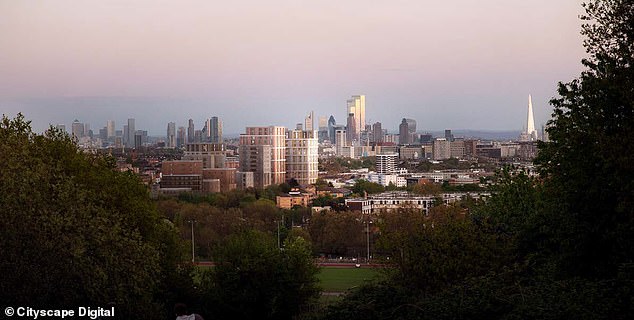 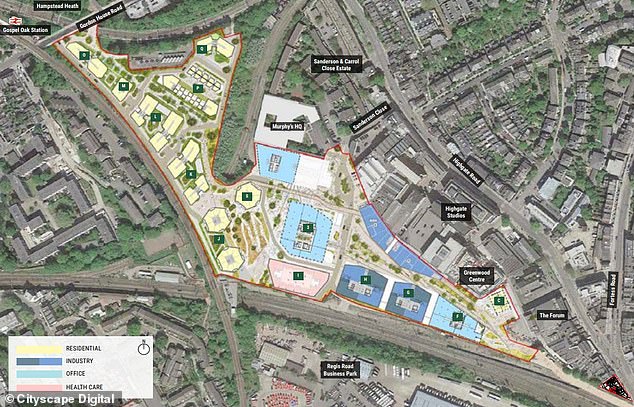 ‘The height of these buildings is horrific and will change the views from Hampstead Heath forever. It is totally unacceptable that a few greedy developers should be allowed to ruin the area for everyone else. Nobody wants to live in these tall blocks. The council should switch focus to low rise development’

Her thoughts were echoed by resident Catherine Lucas, who wrote: ‘The high rise buildings are totally out of character with the characterful North London streetscape.

‘Because they are so huge and prominent from a number of locations they will be a jarring eye-sore that will cause unhappiness to the majority of Kentish Town residents on an unavoidable, daily basis.

‘The impact of the view of the Heath should not be underestimated either, given the mental health benefits of green spaces in a crowded city, especially in recent years. The buildings make the Heath lower playing fields and the Lissenden Estate feel overshadowed and claustrophobic.’

And Samantha McManus said she believed ‘the height of the development proposed is to high and excessive blocking views from all side unnecessarily. Buildings should be limited to low rise.’

If the development is approved the flats may be visible from Keats House, which is now a museum in his honour. 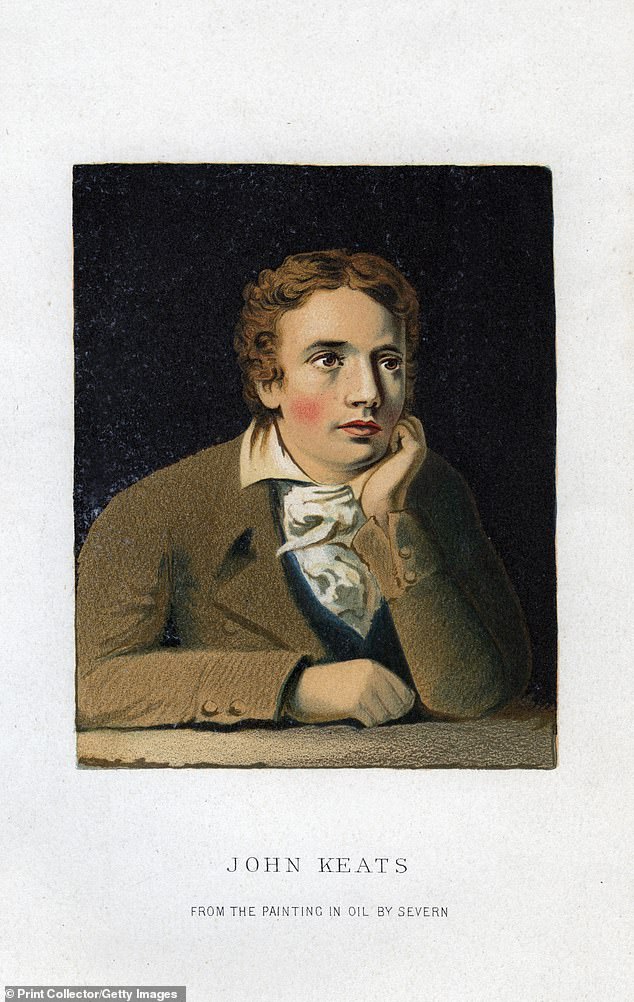 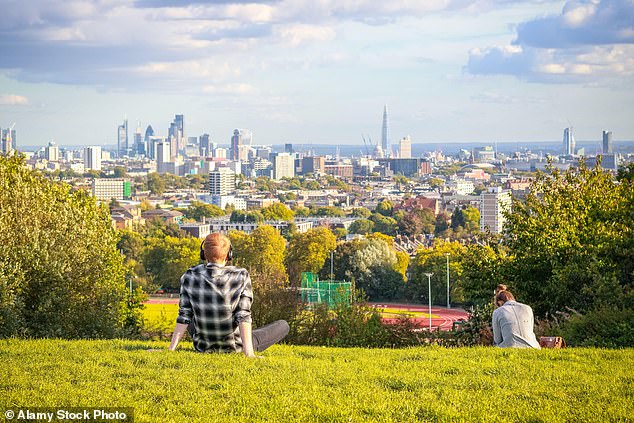 He lived there for the two years leading up to 1820 before he moved to Italy and died in 1821.

If Folgate Estates get the planning application approved it will transform the Murphy’s Yard area into 18 plots for homes and other use.

It says it intends to develop ‘exemplar buildings that embrace the history and heritage of the area’.

The plans also pledge to make a minimum of 750 homes, with 35% affordable housing and 3,000 sqm of affordable workspace.

Folgate director Paul Brosnahan said in a letter to neighbouring residents: ‘I wanted to thank all the people who have taken the time to engage in this process.

‘We have always wanted to listen to the views of people connected to the site and the result of this collaborative approach is the scheme on show.

‘This includes details of the outline application which we are aiming to submit shortly.

‘This is not the end of the conversation – there is still plenty of time and opportunity to have your say as the site comes forward with detailed planning applications.

‘This is though the start of the regeneration and transformation of a large part of Camden that has been closed off for too long. As we progress, my colleagues and I hope to be able to see you in person to discuss the next phases of this exciting project.’