New rules which came into force at the beginning of 2021 do not guarantee visa-free travel for musicians in the bloc. As a result, it prompted fears that touring artists will incur large fees in many of the countries they visit in the bloc.

Officials at the Department for Digital, Culture, Media and Sport (DCMS) said it had negotiated with 19 EU countries to allow British musicians and performers to conduct short tours without the need for a visa.

However, this was condemned by Sir Elton as a “rehash of what we already know”.

Speaking during his Rocket Hour show on Apple Music 1, the chart-topping singer claimed Boris Johnson has yet to respond to his appeal for a meeting.

The 74-year-old said: “The Rocket Hour has a special theme this week.

“Every artist that I’m going to play is a young British artist who at the moment is not able to tour because of what happened with the Brexit situation. 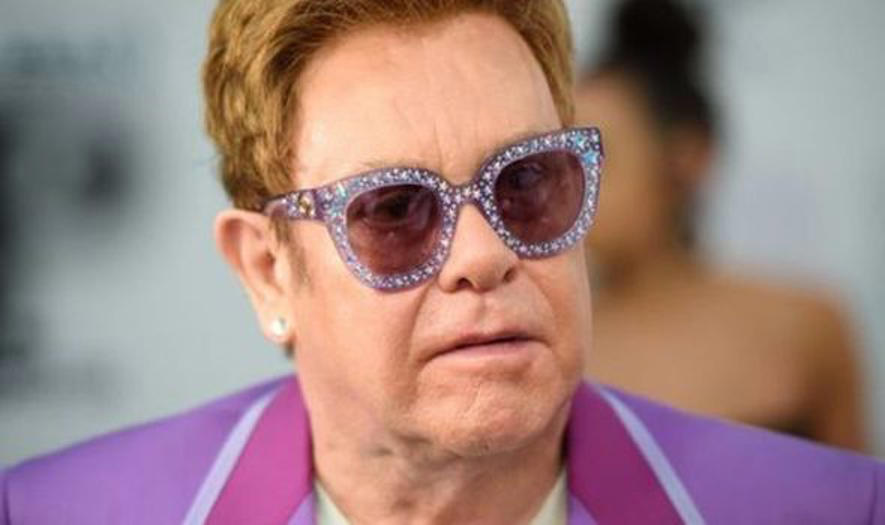 “What has happened is that it’s impossible for young artists financially to pay for visas, negotiate their way through all of the red tape that’s necessary for going to Europe.

“It’s financially impossible for them to do so. So I’m on the warpath to try and get this sorted out.

“And I’ve requested a meeting with Boris Johnson; I’ve yet to hear back from him.” 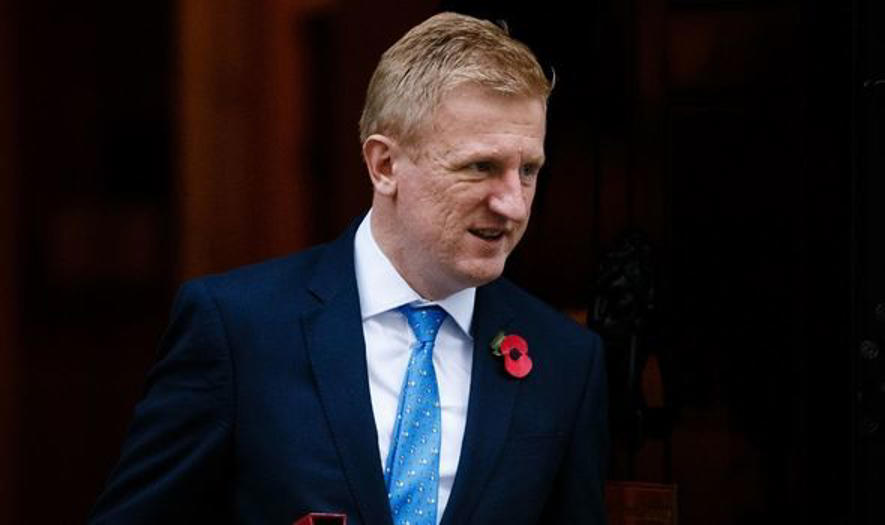 Sir Elton, who was recently forced to delay his forthcoming European and UK tour due to injury, made clear ravelling abroad and playing to foreign audiences is “imperative” for the development of burgeoning British talent.

He added: “It’s very important because, when I was a young man, I went to Germany when I was 17, I didn’t earn very much, but it just gave me a taste of what travelling abroad was like and different cultures.

“And it’s so imperative for young artists to have that opportunity to do that. It makes them grow as songwriters, as artists and as human beings. And it’s their right to be able to tour wherever they want to do. 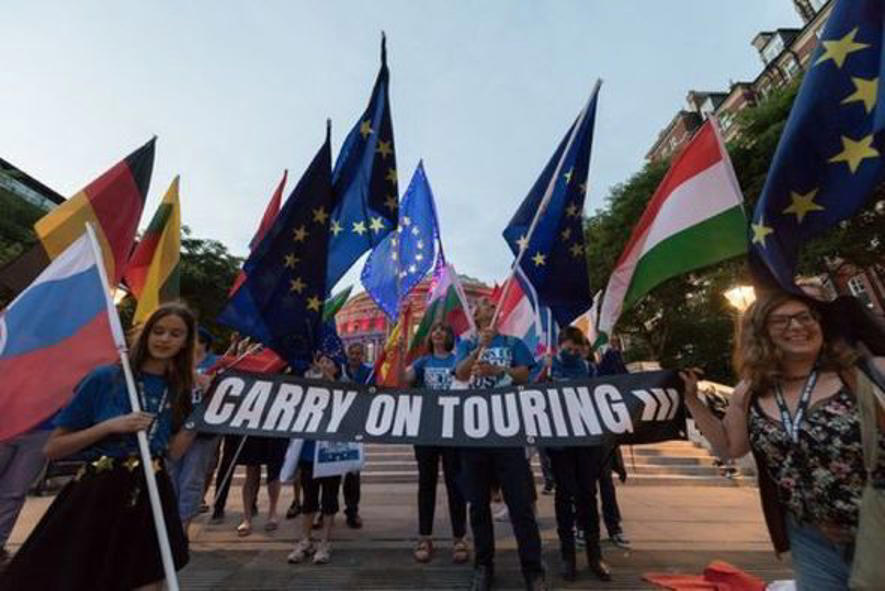 Closing his show, Sir Elton promised “to continue to try and fight for this because it’s a desperate thing that’s holding young artists back”.

Urging listeners to lobby their local MP on the issue, he added: “I’m always astonished by the amount of young talent that comes out of Great Britain and it breaks my heart that these people are being held back by these ridiculous Brexit rules.

“Britain is a hotbed of talent. And if you listened to this show today, you heard songs by incredible young artists.

“That’s proving my point. And I will constantly try and improve the situation and get it sorted out.”

Peredur ap Gwynedd, Guitarist for drum and bass band Pendulum also said the UK Government were “gaslighting us [artists]” over the issue. 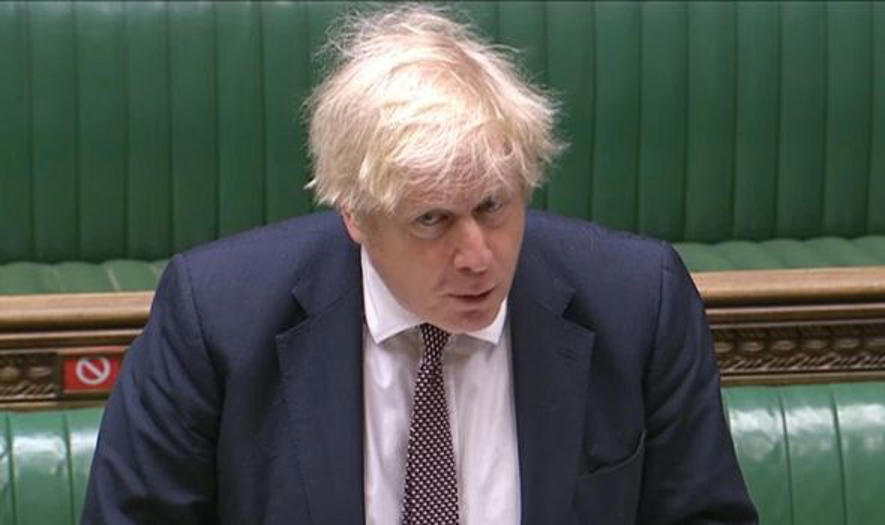 Culture minister Julia Lopez has said it is not within the Government’s control if UK musicians are not able to tour in Europe after Brexit, adding EU member states are “missing out” on British musicianship.

Shadow culture minister Alison McGovern asked in the Commons on Thursday: “The minister said in response to those questions that extensive efforts are being made, but when on August 4, the department published a statement describing the situation, the industry was clear: nothing has changed.

“So, can the minister refer to that August 4 statement on touring and tell me exactly what since the original Brexit deal was signed has changed?”

Ms Lopez replied: “We share that intensity of desire to get this sorted for UK musicians. The challenge we have is we have a desire to allow the same freedoms that EU musicians have when they come over to the UK for our musicians in the EU. It’s a shame, because the quality of musicianship in this country is second to none, so, in a sense it’s EU member states who are missing out if they continue not to provide freedoms that we provide to their artists.

“We will continue our intensive negotiations but we need to accept this is not within our control. We put forward a very fair and sensible deal to our EU counterparts and it is for them to agree the same freedoms that we grant them.”

In response, a UK Government spokesman said: “We have spoken to every member state and 19 have confirmed musicians and performers do not require visas or work permits for short-term tours.

“The duration of visa and work permit-free touring varies from member state to member state, and for many, including France and Germany, it is for up to three months.

“Travellers should check what requirements they need to fulfil with the EU member state they are travelling to, and we are working with member states to ensure they have in place clear guidance.”

"History." All the best reactions to the first episode of The Bachelorette 2021.

Alexa PenaVega revealed her two-year-old son, Kingston, suffered an accident that resulted in him losing the tip of his finger. The Spy Kids star, 33, recounted the traumatic experience via ... Read more »

A grandson of Princess Grace has become the latest model for fashion house Dior, described as “an icon of elegance”. Pierre Casiraghi, 34, is the youngest son of Princess Caroline ... Read more »

© et Ramona Singer doesn’t plan to hand her apple into Bravo anytime soon. “As long as I have fun doing the show, I’m happy to come back,” the Real Housewives ... Read more »

Meghan Markle: Prince Harry and I Were 'Overwhelmed' After Lili's Birth

© Provided by US Weekly Meghan Markle Prince Harry I Were Overwhelmed After Lilis Birth Sharing her truth. Meghan Markle opened up about her experiences as a parent in an ... Read more »

© Bang Showbiz Carlos Santana Carlos Santana views taking hallucinogenic drugs as “like a meditation”. The 74-year-old guitarist admitted he likes to “visit [himself] from another angle” with mind-altering substances ... Read more »

© Craig Sjodin/ABC The Bachelorette was the top show among adults 18-49 on the broadcast networks Tuesday, but the ABC mainstay opened well below last season’s debut and had its ... Read more »

Where to celebrate Halloween in Philly

Miami Grand Prix trying to be ‘creative' with fan experience

© PA Images An aerial view of downtown Miami. USA May 2021 Miami Grand Prix organisers are looking to take a “creative” approach in their hope of providing a unique ... Read more »

© Big Hits/MTV Justin Bieber is the frontrunner at the 2021 MTV EMAs (Europe Music Awards) with eight nominations, while Korean phenomenon BTS are nominated in the best pop, best ... Read more »

© Provided by GamesRadar Everwild Reports of Rare rebooting its mysterious new IP Everwild were “more definite and a little more extreme” than the reality of its development, according to ... Read more »

© Provided by GamesRadar Sims 4 autumn update Over 20,000 The Sims 4 players are formally petitioning EA to add gender-neutral pronouns in an effort to make the game more ... Read more »

Kristen Stewart is game for any part — with one exception.  The actress, 31, appeared on Variety‘s Awards Circuit podcast on Wednesday, where she was asked whether she’d ever play ... Read more »

You Season 3 Star Shalita Grant Opens Up About Why She Left NCIS: New Orleans: 'I Was Protecting Myself'

Before Shalita Grant played mom-blogging influencer Sherry Conrad in the Netflix thriller You, she starred as special agent Sonja Percy on NCIS: New Orleans. During an appearance on the Monday’s episode ... Read more »

© Provided by Daily Mail MailOnline logo Shawn Mendes walked his dog Tarzan through the streets of his hometown of Toronto on Wednesday. The Senorita singer, 23, wore a long ... Read more »

Adele and Rich Paul dating, relationship timeline: How the two became the NBA courtside "it" couple

Pop superstar Adele has returned to the music scene after releasing her first single in six years, ‘Easy on Me’, on Oct. 15. This isn’t the only reason she’s made ... Read more »

From Mary Berry to Mick Jagger: All the Celebrities Knighted by the British Royal Family

Kristin Cavallari went on dates with Jay Cutler after split

© Provided by Grazia Emily Blunt We already know that A) Christopher Nolan has landed on the focus for his next film, which will be about conflicted atom bomb scientist ... Read more »

Lundgaard: Move to IndyCar is about “What's most exciting?”

Debra Messing Apologizes For Tweet About Kim Kardashian Hosting ‘SNL': ‘I Was Not Intending to Troll Her' (Video)

Scott Disick is no stranger to Kardashian family gatherings. He was in an on-again off-again relationship with Kourtney Kardashian for the better part of a decade and they have three ... Read more »

Louise Wong and Louis Koo in a still from Anita, one of the top10 picks from the Hong Kong Asian Film Festival. At a time when the future of the ... Read more »

MrBeast YouTube creator Jimmy Donaldson, also known as MrBeast, leads this year’s Streamy Awards as the most nominated creator, raking in nods in categories like creator of the year and ... Read more »

Colombian reggaeton artist J Balvín’s controversial music video for his song “Perra” has been removed from YouTube after facing backlash over its “racist” and “misogynistic” depiction of Black women. “Perra,” ... Read more »

© Provided by Daily Mail MailOnline logo She’s no stranger to making a fashion statement. And all eyes were on Olivia Culpo as she stepped out in Beverly Hills wearing ... Read more »

© Provided by Daily Mail MailOnline logo Tori Spelling appeared to be having a very intense phone conversation outside a lawyer’s office as rumors of a split continued to swirl ... Read more »

New World's Economy Is So Busted, Players Are Bartering For Items

© Screenshot: Kotaku / Amazon Games Night falls as s crowd of players with swords and spears line up outside the door of a wooden storefront in New Word. The ... Read more »

© Provided by Are Media Pty Ltd Kylie Minogue has celebrated Dannii Minogue’s 50th birthday in the most gorgeous way. But she wasn’t the only celeb to ring in the ... Read more »

Roy Horan, star of Game of Death II and father of actor Celina Jade, dies at 71

© Provided by Are Media Pty Ltd Just when we thought Prince William and Catherine, Duchess of Cambridge’s marriage couldn’t get any more beautiful, they prove us wrong again. The ... Read more »

‘The Lost Daughter' and ‘Mass' Could Lead Gotham Awards Nominations

'It was a dream': Kourtney Kardashian reminisces on beachside engagement to Travis Barker

Does this clue reveal who wins The Bachelorette?

Inside the Netflix Walkout Rally in LA, a Mix of Frustration, Solidarity and Hope

Get Up, Stand Up!, Lyric Theatre, review: a brilliant show that gives Bob Marley back his bite

'Jeopardy!' Fans Rally Around Matt Amodio After He Shares an Emotional Personal Update