Stéphane Bancel said there would likely be a “material drop” in vaccine efficiency. The FTSE 100 fell around 1.5 percent on the news while oil prices have also slid over fears of lower demand in response to potential restrictions. Saxo Bank’s Chief Investment Officer, Steen Jakobsen commented: “Brent crude oil, already heading for its biggest monthly loss since March 2020, trades below its 200-day moving average for the first time in a year, a sign that more weakness may lie ahead, thereby raising the prospect for OPEC+ deciding to pause or perhaps even make a temporary production cut.” Oil stocks have also been among the biggest fallers with BP and Shell both falling over 1.5 percent.

Travel stocks so far have resisted major declines with easyJet’s share price climbing back up following a brief dip after its annual results were released.

The airline reported a major loss but expects passenger growth to expand next year.

European markets have also been rocked with Eurozone-wide index Euro Stoxx 50 falling to its lowest level in over a month.

With doubt cast by a prominent player in the vaccine world pharmaceutical stocks have also suffered. 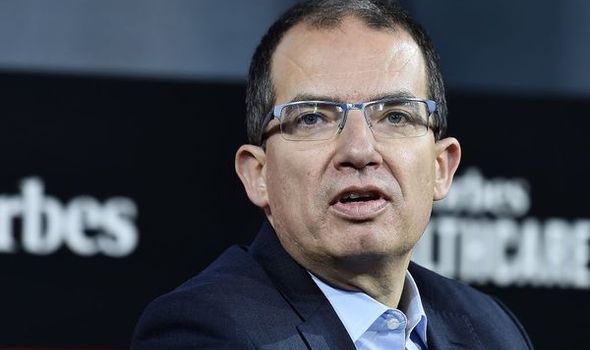 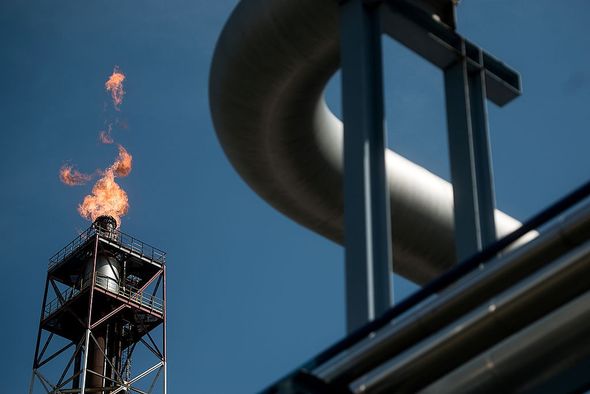 Senior Investment and Markets Analyst at Hargreaves Lansdown, Susannah Streeter said: “Amid the pessimism about the effectiveness of vaccines, AstraZeneca is among the biggest fallers on the FTSE 100 so far.

“Its vaccine has been produced at cost and now investors are clearly wondering if they will ever see a profit from this part of the business.”

Pfizer and its partner BioNTech however have struck a more positive tone saying last week they could produce and ship an updated version of their vaccine within 100 days to tackle any immunity evasion from Omicron.

Pfizer saw a boost to its share price at the end of trading on Friday whilst BioNTech is currently up 4.17 percent. 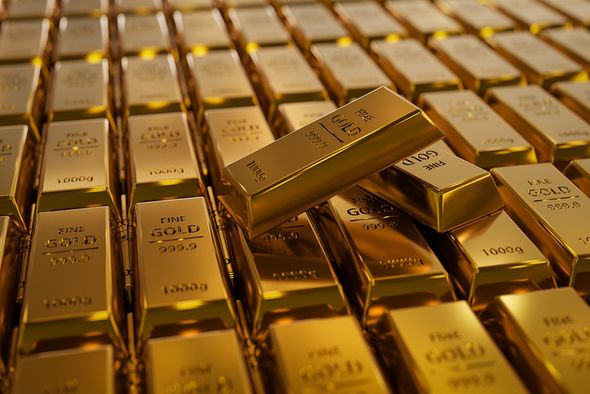 With stocks falling there has been a scramble for safe haven assets such as gold.

The fall in the FTSE wipes out an initial recovery of around one percent which was seen yesterday.

On Friday last week global markets plummeted on news of the spread of the Omicron variant and announcements of new travel bans.

Commenting on the market turbulence AJ Bell Investment Director Russ Mould said: “Markets hate uncertainty, and this is precisely what we have now. 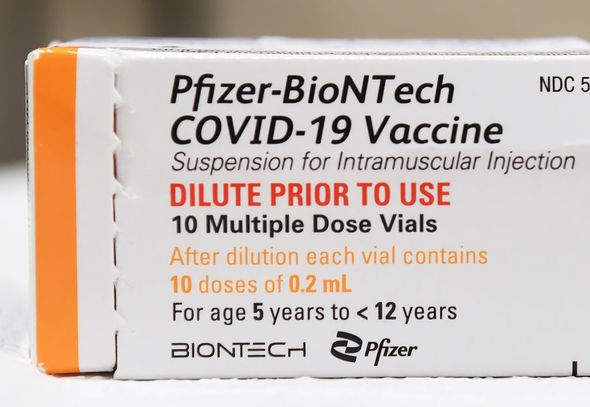 “No one knows how much trouble the new variant is going to cause, and so it seems plausible that we will see heightened volatility on the markets until there is adequate data to better understand the lay of the land.

“However, in the bigger scheme of things today’s sell-off could have been a lot worse.

“European markets were down one percent or less.

“That’s become a normal day’s movement on many occasions over the past year or so.”

Report: Bears set up interview with Morocco Brown for Monday

Nemesis: ‘It is crazy how much damage there is in [League] now compared to old seasons'

Major changes on the way for classrooms as new term begins

© Provided by CBS Sports Dec 24, 2017; Chicago, IL, USA; A general view of a Cleveland Browns helmet prior to a game against the Chicago Bears at Soldier Field. ... Read more »

© Niall Carson (Niall Carson/PA) Gardai have issued an appeal for information after a man in his 60s died following a crash in Co Longford. A car and an SUV ... Read more »

Titans will make decision on activating Derrick Henry on Friday

© Provided by Titans Wire After the Tennessee Titans wrapped up their last practice of the week on Thursday, head coach Mike Vrabel said the decision on whether or not ... Read more »

Phillip Schofield joked about Gok Wan‘s star-studded poker nights on Thursday’s This Morning. Recalling one of the past events, the presenter, 59, joked that Lesley Joseph “took all his money” ... Read more »

© Provided by The Guardian Photograph: Paul McGee/Getty Images Britain’s wind and solar farms could help to reduce households’ energy bills by paying back almost £800m to consumers by the ... Read more »

© Provided by Associated Press Virginia Gov. Glenn Youngkin works at his desk inside his private office at the State Capitol in Richmond, Va., Wednesday, Jan. 18, 2022. The desk ... Read more »

Kayleigh McEnany thanked Fox News host Sean Hannity for his 'playbook' on how to talk to Trump the day after the Capitol riot, according to newly disclosed texts

PEAKY Blinders fans eagerly awaiting the show’s return will not get to see the late Helen McCrory in her role as Aunt Polly. I can reveal she did not get ... Read more »

NADIA Sawalha has opened up about suffering a brutal humiliation on the set of a major TV drama. The 57-year-old made the admission during Thursday's episode of Loose Women, revealing ... Read more »

THIS is the eerie moment George Best's biography flies from a shelf at his ex-wife's home all by itself. Model Alex says she believes she's haunted by spirits following the ... Read more »

PRINCE Andrew was a “handful” as a child – and his nanny dubbed him “Baby Grumpling” because of his tantrums, it's claimed. A series of embarrassing anecdotes about the Duke ... Read more »

Want to be an influencer like Molly-Mae Hague? Be careful what you wish for…

TAKING endless selfies, travelling first class to glam locations and being sent fancy freebies is what being an influencer is all about, right? Wrong. Let’s get this straight. I have ... Read more »

US sanctions four Ukrainians accused of working for Russia

© Provided by Al Jazeera Fresh sanctions come amid a diplomatic push between the US and Russia, which are seeking to defuse growing tensions over a potential Russian invasion of ... Read more »

Video: Daily Covid cases fall just 1.6% in a week as Omicron curve shows signs of levelling off - as Sajid says flu can kill 20,000 people every winter but 'entire country does not shut down to deal with it'

Everton begins life after Rafa Benitez with a visit from another ex-Liverpool great, as Steven Gerrard leads Aston Villa into Goodison Park for an early Saturday tilt (watch live, 7:30am ... Read more »

Arrest made in killing of this Fresno man over year ago. Suspect was found in the Midwest

A man police say is responsible for a Fresno homicide over a year ago is in custody and faces extradition by the U.S. Marshals Fugitive Task Force. Fresno police on ... Read more »

Prince William recalled his grief and told a boy who lost his mother “it gets easier” during a visit to a centre helping vulnerable people. The Duke of Cambridge, accompanied ... Read more »

Jared Silber/NHLI via Getty Images Pump those fists! With DJ Pauly D beating that beat up at Madison Square Garden on Wednesday night, Ryan Reaves and the Rangers decided to ... Read more »

Those considered to be prolonged TV-watcher — four hours or more per day on average — were 35% more likely to develop a severe blood clot, including potentially deadly DVT. ... Read more »

© Provided by Metro Trading declined due to the rise of Omicron cases, but has improved in recent weeks (Picture: PA) The owner of fashion chain Primark plans to cut ... Read more »

© Provided by Khaleej Times This one has had its share of bouquets and brickbats: while certain critics heaped praises on Aranyak for its unusual break of formula and its ... Read more »

Antonio Conte may now have to make some welcome decisions regarding his starting line-ups, after some of the performances at the King Power Stadium on Wednesday. Tottenham beat Leicester in ... Read more »

See the design changes before the reveal. The updated Lamborghini Urus should break cover sometime this year, and a new batch of spy shots indicate it might happen soon. Our ... Read more »

Journalist Pete O’Rourke believes links between Wolverhampton Wanderers and Barcelona’s ‘talented’ midfielder Riqui Puig are an ‘interesting one’.  Puig has received very few opportunities to shine this season under both ... Read more »

EFL club set to steal away yet another target from Celtic, fans will be seething - opinion

© Provided by Football FanCast Hannes Wolf Celtic have been dealt a huge blow to their chances of securing a deal to bring Hannes Wolf to Parkhead in the January ... Read more »

If Ciryl Gane can get past Francis Ngannou at UFC 270 this weekend, he would welcome a fight with Jon Jones in his first title defence. Interim heavyweight titleholder Gane ... Read more »

Aston Villa defender Kortney Hause has revealed he’s ‘over the moon’ after signing a contract extension with the club. The 26-year-old, who joined Villa in 2019 from Midlands rivals Wolves, ... Read more »

© Getty Images AdamTraore2001 Wolverhampton Wanderers have rejected Tottenham’s opening £15m bid for Adama Traore. The Spanish international has long been linked with a move to Spurs ever since Antonio ... Read more »

A review of President Biden's first year on border policy

How to unlock all operators in Rainbow Six Extraction

NBA games in 4K are coming to YouTube TV

Rachel Brosnahan 'traumatised' after fishing dead rat out of toilet