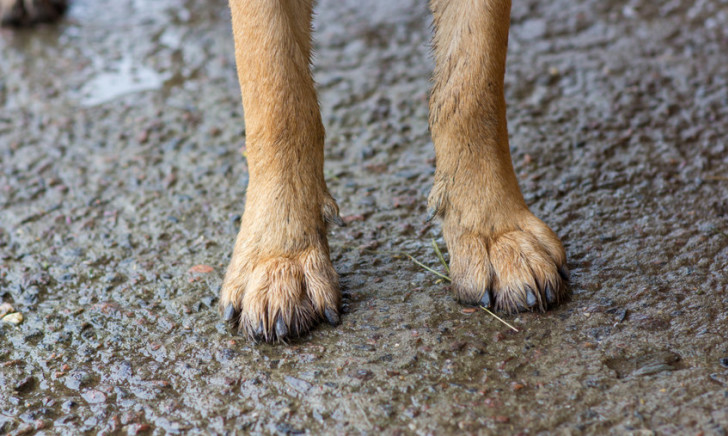 Western Cape officials have revealed that a fourth confirmed case of rabies has been detected in Strand.

Veterinary Services will provide free rabies vaccinations in the Strand on Wednesday and Thursday.

Three days later, the dog developed a sudden loss of coordination and change in behaviour and became aggressive.

According to Van Helden, the dog was euthanised and subsequently tested positive for rabies.

The State Veterinarian’s office hosted a vaccination drive in the neighbouring town of Gordon’s Bay earlier this month after a separate rabies case was detected there.

A total of 1,896 pets were vaccinated in the area.

RELATED: Confirmed rabies case in Gordon’s Bay, State Vet says ‘there may be other cases’

On Wednesday 27 October, the free rabies vaccination site will be located at the corner of Rusthof Road and First Street, behind Cinnamon Square in Strand

On Thursday 28 October, the vaccination point will be at Abattoir Street and Sandown Road, on the Abattoir Sports Grounds, behind South End store in Strand.

In a statement, Western Cape Agriculture MEC Dr. Ivan Meyer has also encouraged pet owners to get their pets vaccinated.

Meyer says the law requires dogs and cats to be vaccinated against rabies, twice within the first year and after that at least every three years.

The good news is that rabies is preventable. Members of the public are encouraged to ensure that their pets’ rabies vaccinations are up to date. Animal health is inextricably linked to public health. So getting your pet vaccinated is the responsible thing to do.

US House votes to punish China over Uyghur treatment

‘Sharing is caring': A heartwarming story of a kind man and a fruit seller

CBSE makes BIG announcement for students of Classes 9, 11 - Details inside

The interview round of the WBCS (executive) etc. exam 2019 for group D posts will begin on December 13, the West Bengal Public Service Commission (WBPSC) said on Wednesday. The ... Read more »

Omicron spreads to 57 countries but too early to tell if variant more infectious, WHO says

© Provided by The Guardian Photograph: Rodger Bosch/AFP/Getty Images The Omicron variant of Covid-19 has now been reported in 57 countries and continues to spread rapidly in South Africa, the ... Read more »

© Provided by The Guardian Photograph: Christopher Thomond/The Guardian A theatre nurse was charged on Wednesday with a series of sexual offences against patients and staff at the Royal Hallamshire ... Read more »

© Provided by Daily Mail MailOnline logo The Northern Territory will scrap its border restrictions within days, its government has announced. From December 20, interstate visitors will not have to ... Read more »

Can Chief Justice deviate from roster and assign a matter to a particular bench? Yes, says Bombay HC

Australia Deputy Prime Minister Barnaby Joyce has tested positive for Covid-19 in Washington, DC while on an official visit, his office said in a statement on Thursday. The remaining members ... Read more »

© Provided by MalaysiaNow An adviser to British Prime Minister Boris Johnson resigned Wednesday after footage of her joking about a Christmas party at Downing Street during lockdown last year ... Read more »

HOUSTON — James Harden’s reunion with Rockets fans was just as ugly as their divorce last season. But this time he was left holding the short end of the stick. ... Read more »

© Provided by Mid-Day BTS at it, again BTS won in three music categories at the 2021 People’s Choice Awards. The South Korean pop act won the Group of 2021, ... Read more »

Kareena Kapoor Khan goofs around with the paps as she hides her face with a jacket; PIC

Kareena Kapoor Khan and her girl gang had a major reason to celebrate on Wednesday as Kabhie Khushi Kabhie Gham clocked 20 years. The iconic film was a blockbuster at ... Read more »

Kangana Ranaut all set to take PANGA with Karan Johar once again; Tejas to clash with Mr. & Mrs. Mahi

© Provided by BollywoodLife.com We all know that Kangana Ranaut and Karan Johar don’t share a great rapport with each other. It all started when Kangana came on Koffee With ... Read more »

Abhishek Kapoor recaps his cinematic journey: ‘What your failure teaches you, your successes will never teach you'

© Provided by The Indian Express When Rock On released in 2008, it marked an important milestone in the cinematic career of Farhan Akhar as the Dil Chahta Hai director ... Read more »

Katrina Kaif and Vicky Kaushal's wedding today. What we know so far

© Provided by The Times of India PUNE: The National Rifle Association of India (NRAI) has decided to terminate contracts of all coaches. The message was conveyed to 24 national ... Read more »

A century later, Neral-Matheran railway line to be rebuilt

© Provided by Mid-Day Nearly three years after it was shut down, the Neral-Matheran line is set to chug again as the Matheran Light Railway is being rebuilt at a ... Read more »

© Provided by Firstpost Leadership skills acknowledged, white-ball skipper Rohit Sharma embarks on mission to set the record straight It was clear, once Virat Kohli decided to step down from ... Read more »

Despite its trappings as a jingoistic space opera, the Halo franchise often finds itself straddling the line between serious and humorous. The latest example of this phenomenon is a glitch ... Read more »

‘One rule for them': newspapers savage Boris Johnson over party scandal

Most people who commit murder in the United States will not be put to death. That's a fact that Abraham Bonowitz, an activist with Death Penalty Action, is thankful for, ... Read more »

© Provided by Zee News New Delhi: The air quality in the national capital continued to remain in the `poor` category on Thursday (December 9, 2021). The Air Quality Index ... Read more »

In yet another sickening incident in Pakistan, four women were thrashed and paraded naked by a mob in Faisalabad on allegations of shoplifting. In a video that has now gone ... Read more »

© Provided by dw.com Once held annually in Hong Kong, the vigil has been banned since 2020 Jimmy Lai, the owner of the now defunct Hong Kong pro-democracy paper Apple ... Read more »

© Provided by The Times of India NEW DELHI: The national selection committee headed by Chetan Sharma has laid down its vision for taking Indian cricket forward in the coming ... Read more »

AS a brand, Top detergent aims to uplift and support Ministry of Health Covid-19 patient-facing frontliners, vaccinators and NGO staff, while motivating more people to receive their vaccination. The brand ... Read more »

General Bipin Rawat passes away: How role of CDS came about and how his demise creates a void in India's military structure

In China, 127 journalists under detention for covering sensitive topics: Report

Tiger 3: Salman Khan begins shooting for the film in Mumbai, has a jam packed schedule ahead; Report

COVID infections increase by 19,842 with 36 more deaths in SA

'Chicago Fire' Boss on Kidd and Severide's Tense Reunion: You 'Should Be' Very Worried (Exclusive)

Omicron may change course of Covid-19 pandemic, WHO warns

NY judge orders girl, 11, to have COVID vaccine against wises of dad