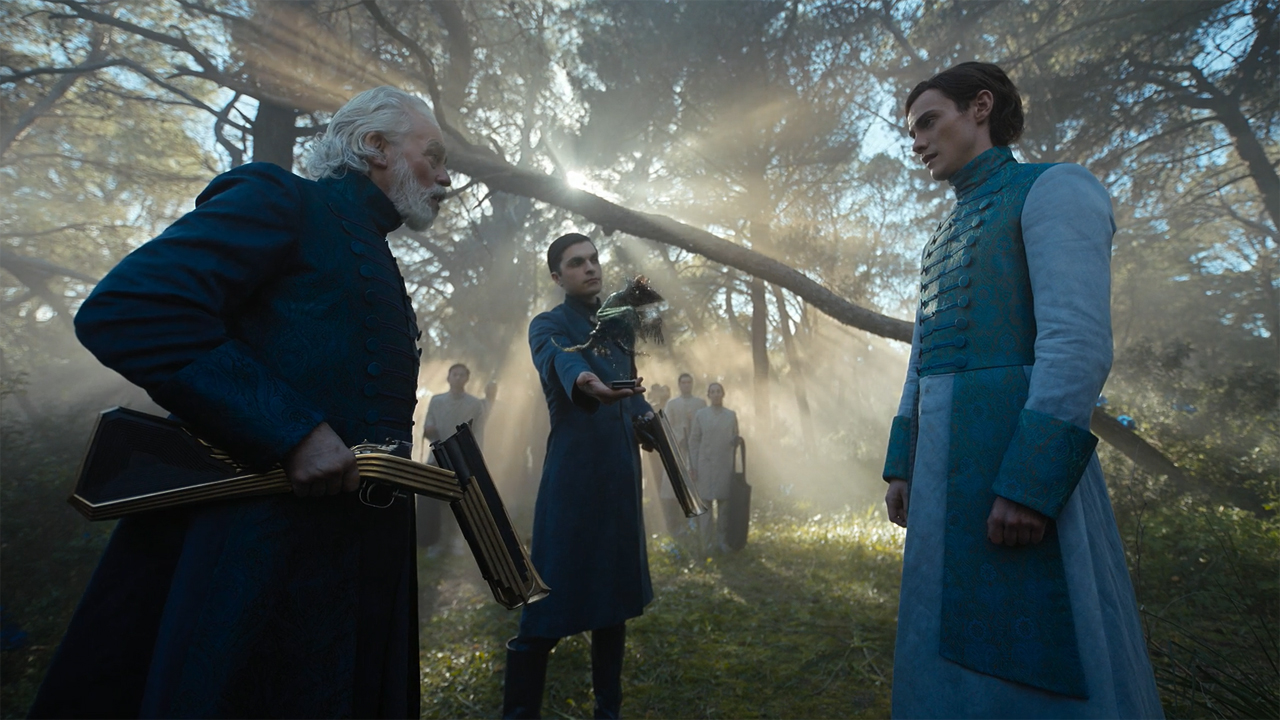 Huge spoilers follow for Foundation episodes 1 to 6. Watch them all before reading on.

Foundation hasn’t been shy about examining the subject of death. Through the murder of key character Hari Seldon in episode 2, and its Emperor clone storyline, Apple’s sci-fi epic is willing to explore the ramifications of life and death in detail.

So it should come as no surprise that episode 6, aka Death and the Maiden, continues that trend. But, while the demise of Hari (and adopted son Raych) have only impacted one of the show’s multiple narratives so far, episode 6’s character deaths may prove to have greater, far-reaching consequences.

The first of episode 6’s deaths concerns the Empire’s rulers. Picking up a plot thread that was last visited in episode 4, Brother Day arrives on Maiden, a habitable moon that’s home to the conclave of recently deceased leader Proximal Opal.

It’s here where Death and the Maiden’s first power struggle plays out. The passing of Proxima Opal means that Maiden’s population must decide on its next matriarch, with Zephyr Gilat and Zephyr Halima in the running.

Gilat is the Empire’s favored candidate as she’ll continue to support Day’s dictatorial rule, but Halima has the backing of large swathes of the conclave. Given that Halima has been a Zephyr for less than a year, and that her beliefs are considered to be heretical to the Empire’s tyrannical leaders, such a following is indicative of the sway that she already holds.

Unsurprisingly, then, Day’s initial meetings with each candidate are polar opposite in nature. His conversation with Halima is one built on suspicion, with both parties exuding a wariness that’s evident by their distant in-person stand-off. Conversely, Day’s rendezvous with Gilat is more hospitable and harmonious, with the duo charming each other in nauseating fashion. 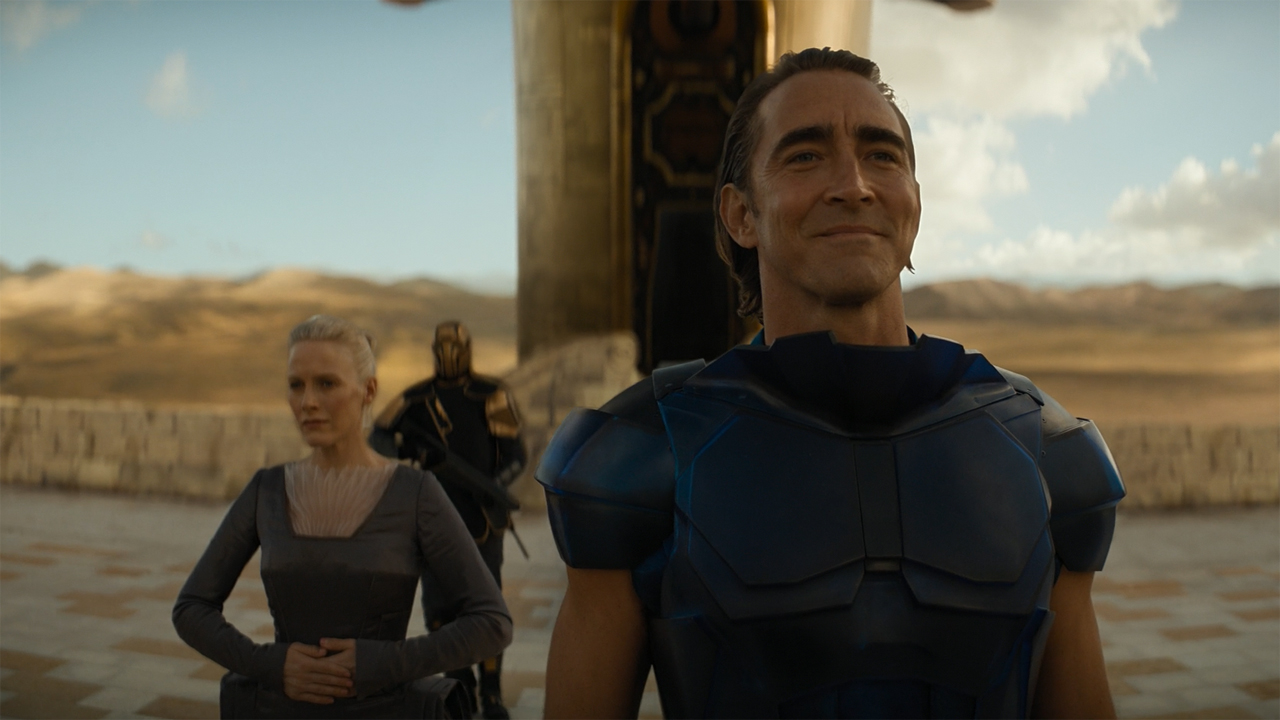 The contrast between the meetings is obvious, but the former offers a proper insight into how the Emperors are largely perceived outside of Trantor. Halima and Day’s chat reveals the distrust that some have for the Empire’s rulers – the duo’s verbal sparring, centered around sociopolitical issues, proving that Halima is a match for Day’s charismatic-yet-egotistical attitude.

If Day wasn’t unsettled by Halima’s self-assured nature during their first meeting, his worry is plain to see during Opal’s funeral.

Interrupting an underwhelming address from Gilat, Halima delivers a rousing speech about reincarnation and transformation. Clearly, it’s an allegorical attack on Day and his fellow clones, but it’s the level of support that Halima’s speech gets from the funeral’s attendees that’ll be of most concern to Day.

Surprisingly, his right-hand assistant Eto Demerzel is among those swayed by Halima’s address, with the humanoid going as far as to bow to Halima alongside the majority of the conclave. It’s an unusually isolated position for Day to be in: seeing him stripped of his authoritarian power in this scene is symbolic as, until now, we’ve become used to him commanding any scenario that he’s a part of. It’ll be interesting to see how he recovers from this rare setback in future episodes. 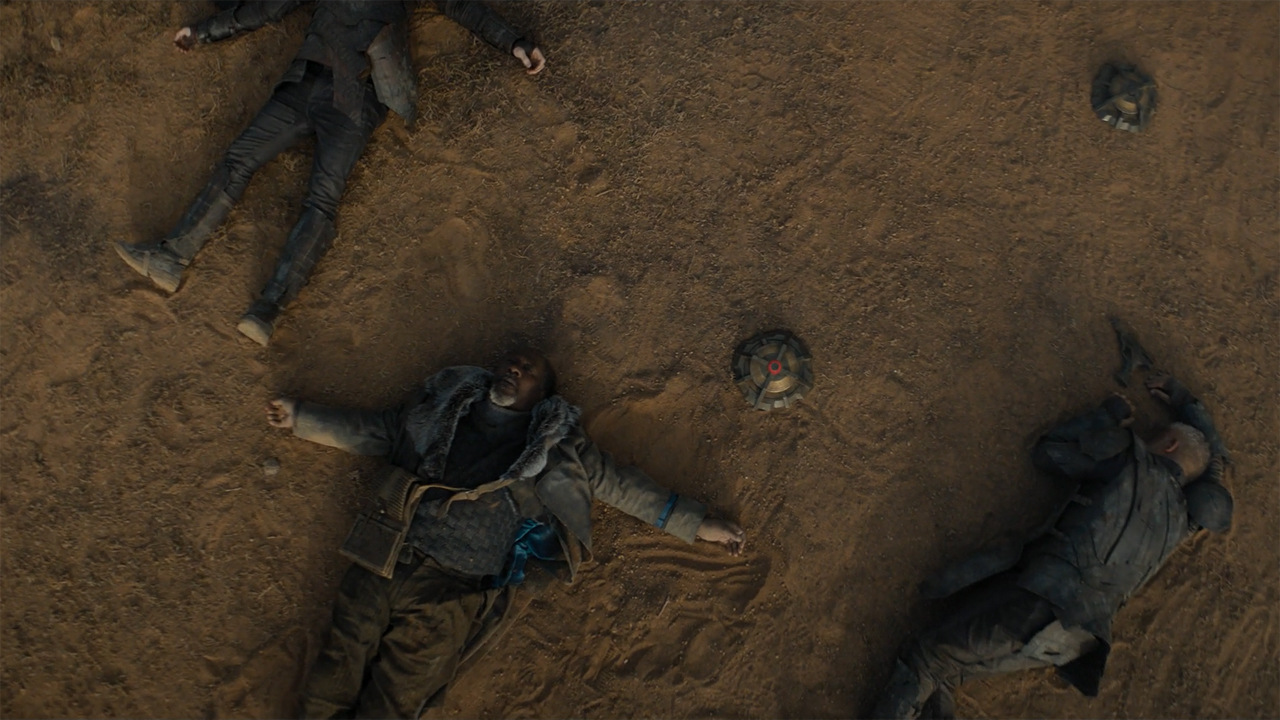 Speaking of recovering from a major blow, it’ll be a while before Terminus City’s residents, particularly Salvor Hardin, get over the loss of one of their own.

The death of Abbas, Salvor’s father, is episode 6’s most emotional moment by some distance. Sure, it’s foreshadowed when we learn more about Abbas’ backstory during a poignant conversation with Salvor, but it doesn’t make his demise any less impactful. It’s a hard watch, with Clarke Peters and Leah Harvey delivering moving performances as the former sacrifices himself to destroy the Anacreons’ corvette warships.

Abbas’ death isn’t the only noteworthy event that occurs as part of episode 6’s Terminus storyline. Moments before his demise, Salvor suffers from an incident called a ‘mind seizure’, and it seems that she’s intrinsically linked to events earlier in season 1. How? Well, Salvor ends up reliving the moments before Hari’s death, albeit she witnesses the scene play out in Gaal’s body.

As it happens, Raych has to murder Hari or the Foundation will fail before it makes it to Terminus. Hari claims that Raych has no choice but to do what’s asked of him as it’s all part of Hari’s plan. In truth, Hari’s reasoning is explained away a bit too easily but, given the apparent complex nature of psychohistory, it’s hard to criticize the series’ showrunners for keeping things simple.

Interestingly, it was Raych, not Gaal, who was supposed to use one of the ship’s escape pods (after he murders Hari) and be picked up by the space vessel in episode 5. Of course, Gaal throws a spanner in the works when she sees Raych murdering Hari. Will this impact Hari’s plan for the Foundation, seeing as it’s a plan that’s set in stone before Hari’s death? That’s unclear, but hopefully we’ll find out more if we’re reunited with her in episode 7. 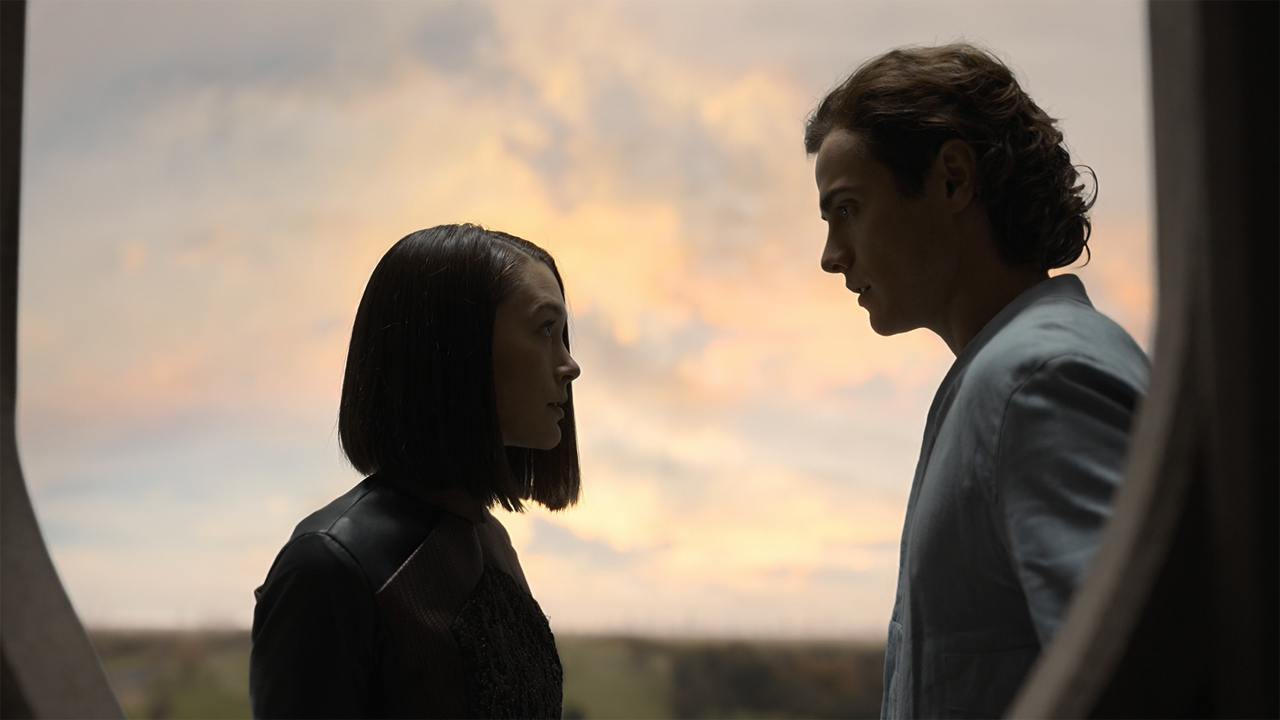 While episode 6’s Trantor-based events are devoid of any physical deaths, there are the beginnings of a figurative one surrounding the relationship between Brothers Dawn and Dusk.

Mirroring Day’s scepticism of Halima, Dusk is similarly suspicious of Dawn’s increasingly erratic behavior. He picked up on Dawn’s delayed response to Ambassador Thanwall in episode 5 – the three Emperors usually act in unison in public settings – and notices more inconsistencies in this week’s episode.

Dawn’s late arrival to an exotic bird hunt, as well as hiding three of his kills so that he doesn’t upstage Dusk, are two such incidents. It’s Dawn’s refusal to sleep with one of Trantor’s escorts once the hunt is over, however, that convinces Dusk that something isn’t right about his fellow clone. While he’s left in the dark for now, we find out that Dawn does have some differences from clones who have come before him. We learn that he’s color blind and has genuine feelings for palace gardener Azura, who he kisses later in episode 6.

As viewers, then, we end up knowing more about Dawn than Dusk. It’s a welcome change of pace for the show: in revealing more to its audience than its fictional characters, Foundation creates an underlying tension that’s sure to rise to the surface when Dusk eventually confronts Dawn. A suspenseful new dynamic has been formed between the duo and it’ll be intriguing to see how it plays out, especially as Azura will be a person that Brothers Day and Dusk consider as a threat to the clones’ pure bloodline. 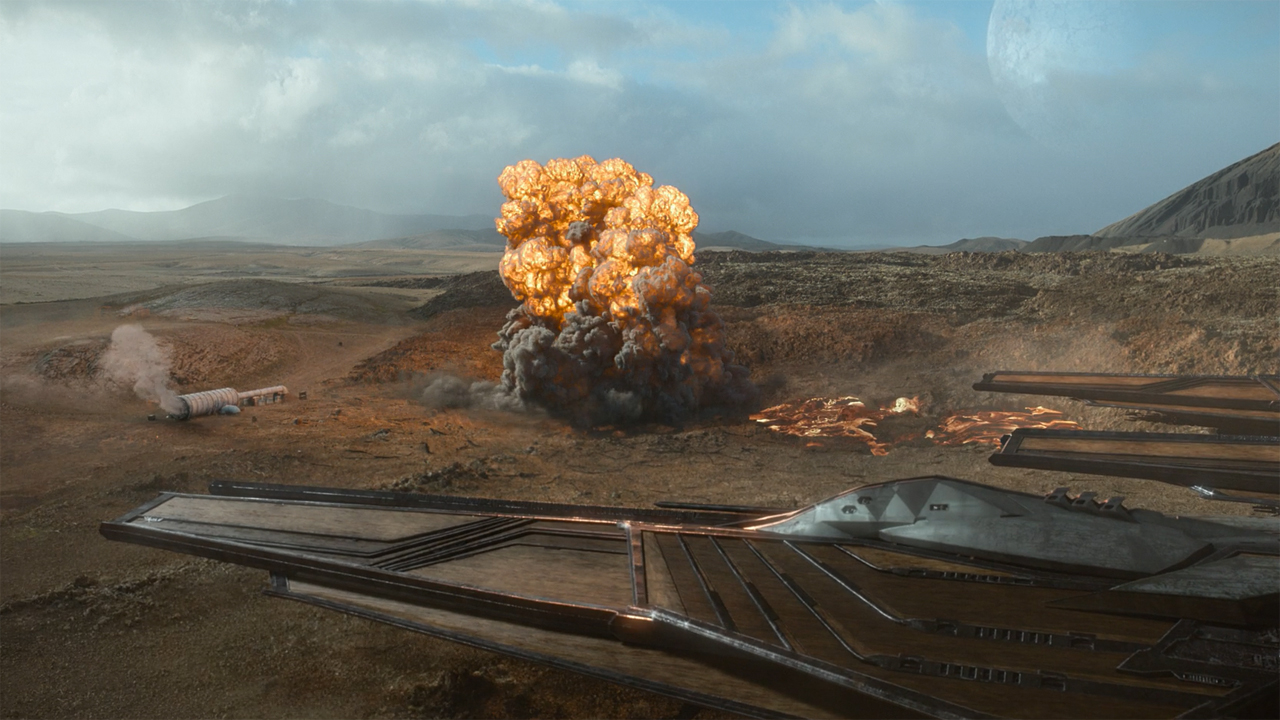 After a stellar fifth episode, Foundation continues to gain traction with its latest entry.

Death and the Maiden builds on last week’s much needed breakout episode, helping to correct the course of a show that was in danger of losing its direction. It ramps up the action, delivers significantly emotional moments and adds some spicy political intrigue into the mix. Death and the Maiden also benefits from jumping between three storylines instead of the usual two – a decision that certainly helps with its plot pacing.

With successive solid entries under its belt for the first time in season 1, Foundation seems like it’s finally found its rhythm. If it can maintain this upward trajectory and balanced pacing in its final four episodes, those slow moving early entries will be a distant memory. 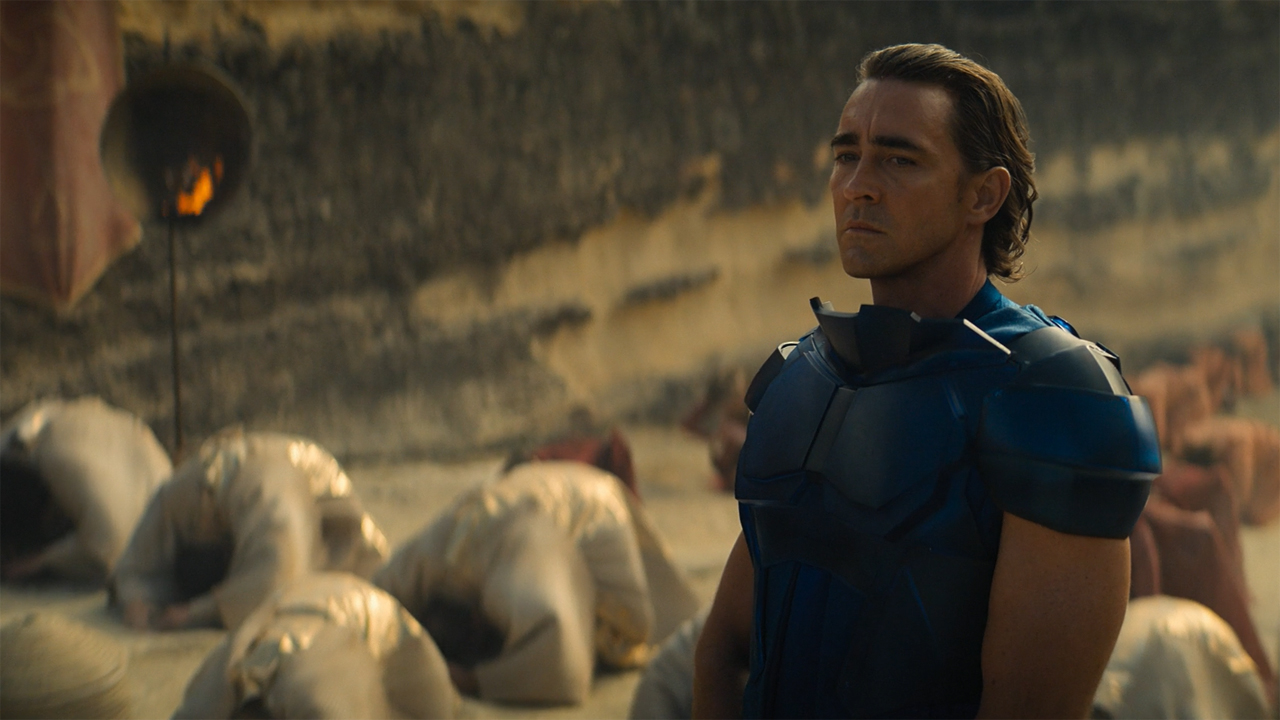 New episodes of Foundation debut exclusively on Apple TV Plus every Friday.

Henry van Loon about fatherhood: ‘For the first time in my life it is no longer about me'

© Provided by Driving.ca Jeff Braun with the 2021 Ford Mustang Mach-e in Calgary. If you’ve purchased a vehicle in the past year and want to share your experiences with ... Read more »

ISLAMABAD — A Pakistani army helicopter crashed on Monday in bad weather in the Pakistan-administered section of disputed Kashmir, killing the two pilots on board, the military said. A statement ... Read more »

FA Cup third-round draw: When it is, how to watch & teams involved

The likes of Manchester United, Chelsea, Liverpool and Arsenal will enter the 2021-22 FA Cup at the third-round stage as England’s biggest teams battle to get their hands on one ... Read more »

A new Scottish pair skating team has scooped the British title at their first ever national championships – while the top spots in the women’s and ice dance competition were ... Read more »

© Provided by Daily Mail MailOnline logo Owen Hargreaves believes Paul Pogba could have a significant role to play at Manchester United when he returns from injury, and has claimed ... Read more »

A serial abuser of women who fatally stabbed his girlfriend in the neck has been jailed for at least 23 years. “Self-obsessed” Taye Francis had convictions for rape and violence ... Read more »

Stadium in giant tent completes ahead of World Cup in Qatar

Red Bull furious about Verstappen penalty: ‘Hamilton made a wrong assessment himself' formula 1

Benitez given 'full support' by Everton as team flounders