Former Formula One driver Jean-Eric Vergne has opened up on the tough relationship he shared with Helmut Marko throughout his career, pinpointing one key moment that summed up their hot and cold relationship.

Vergne competed on the Formula One circuit between 2012 and 2014, and competed for Toro Rosso during his short spell, whilst also spending a year as Ferrari’s test driver.

During his time with Toro Rosso – which is now known as AlphaTauri – the Frenchman worked alongside current Red Bull advisor, and former F1 driver Marko who he shared a difficult relationship with.

Speaking to Formula One’s ‘Beyond the Grid Podcast’ Vergne discussed how the veteran advisor laid large amounts of pressure on his shoulders, most notably after a race in Monaco which he lost.

JUST IN: Max Verstappen battled against illness as he beat Lewis Hamilton at the US GPLink 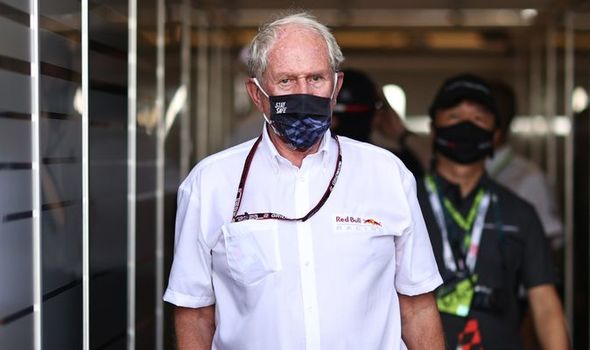 The 31-year-old told the podcast: “The race after, he said ‘you better win.’ I won the race after that one. He called me and told me off because I didn’t drive the fastest lap.

“I had won two races, [secured] two pole positions, but I didn’t have the fastest lap. Now I can see the humour, but when you’re young that is quite tough,”

Following on from his time in Formula One, the Frenchman made the move to Formula E where he went on to be crowned champion.

The new championship posed a fresh challenge to Vergne to showcase his skills on a more level playing field, with all competitors driving in the same car.

After his change and the evening of the field the French driver admitted it felt like a revelation to no longer drive a slower car than his competitors.

He commented: “I felt like we were moving a bag full of stone and that I could finally run again. It was a liberation.” 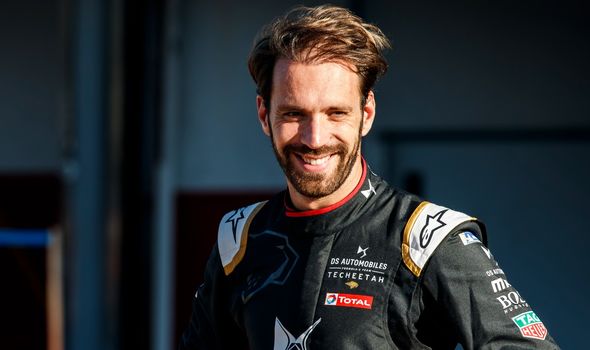 He went on to reveal that one main aim following his switch was to prove his talent to Marko, but even after securing a pole position the veteran was still less than impressed with the 31-year-old.

He added: “Helmut Marko was at this race and he came to me and said: ‘I’m surprised that you are slow in qualifying.’

“I told him ‘you know very well that [Danill] Kvyat always had ten kilos less than me and that I could not even say it in the press.'”

Karl Lagerfeld's first estate auction fetches $13.5 MILLION - including $1.33m for three cars, $22k for a sculpture of his CAT, Choupette, and $54k for five pairs of fingerless gloves

Beware — you’re in for a scare! A self-professed “ghost hunter” has spooked out followers on TikTok after documenting a trip to an abandoned hospital once used to treat tuberculosis ... Read more »

CHICAGO — At this point in his tenure as Artemi Panarin’s linemate, which dates back to just 10 games into the 2019-20 season, Ryan Strome has developed a unique chemistry ... Read more »

© PA flood.jpg A yellow weather warning has been issued across London as Storm Barra hit parts of Britain and Ireland with high winds and torrential rain. The Met Office ... Read more »

© Provided by Football League World Championship – West Bromwich Albion v Sheffield United Sam Johnstone is expected to stay at West Brom for the rest of the season, despite ... Read more »

FARMINGTON — The San Juan County District Attorney’s Office will refile charges in a double vehicular homicide case because a prosecutor who dismissed the case did not have permission to ... Read more »

© Provided by GamePur It’s a time for celebration as the 30th Anniversary event in Destiny 2 commemorates Bungie’s past achievements with a slew of new loot for us guardians ... Read more »

© Provided by Dot Esports EA Sports introduced an 86-rated Team of the Group Stage (TOTGS) version of Wenderson Galeno from Braga to FIFA 22 today. You can get your hands on ... Read more »

Valorant patch 3.12 added a large quality of life change that players have been asking for. It looks like Riot Games’ development staff over at Valorant have been keeping their ... Read more »

Increased infection and corona restrictions could mean that redundancy notices are just around the corner, restaurant manager Ove André Jacobsen warns. He is asking the government to set forward support ... Read more »

© Provided by GamePur The Gemstone traders in Final Fantasy XIV are beneficial for you to obtain various resources and materials you might be looking for in the game. There ... Read more »

© Provided by Dot Esports This article is written in partnership with MOONTON. After an intense first two days of the Mobile Legends: Bang Bang (MLBB) M3 World Championship, the ... Read more »

And Just Like That... won't ignore Kim Cattrall's absence

© Provided by Pinkvilla With Katrina Kaif and Vicky Kaushal’s wedding making headlines everywhere, one aspect that has still been kept a secret is Salman Khan’s attendance at the said ... Read more »

In the recent past, actor Shilpa Shetty has often taken to social media to share wisdom on life amongst her Instagram followers. On early Wednesday, the Dhadkan actress shared an ... Read more »

The weight of a feather

Cree rock band Miigwin has been enjoying a resurgence this year. After a triumphant performance at Nomad Entertainment’s Empowwowment Festival in Whapmagoostui on October 28, they won the $10,000 first ... Read more »

The Biden administration is considering how to potentially evacuate U.S. citizens from Ukraine should an invasion from Russia prompt security concerns in the country. Senior State Department official Victoria Nuland ... Read more »

Patrick Wintour The head of the diplomatic service has admitted failing to show leadership after he began a three-week holiday two days before the Foreign Office internally accepted Kabul was ... Read more »

Ontario historian Kathy Grant, whose Barbadian father served as a volunteer in the Canadian Armed Forces during the Second World War, has been researching Canada’s Black soldiers for years, digitizing their photographs ... Read more »

Two thieves wore dark vests labeled 'police' and yelled that they were DEA agents when they approached a group returning home in Los Angeles One of the fake officers pulled out a gun, and the men demanded the homeowner open his door so they could rob himWhen the man hesitated, the robbers began punching him in the face After they opened the door, three more thieves arrived to help stealThe LA Police Department is investigation more than 110 of these 'follow-home' robberies through its newly formed Follow Home Task Force  Read more »

Soros-backed Los Angeles DA is slammed by union representing nearly 1,000 county prosecutors for his silence on the smash-and-grab looting across Southern California

Speaking to Fox News, Eric Siddall accused LA District Attorney George Gascon of caring more about the rights of criminal suspects than those of LA citizens  'He's created an atmosphere devoid of accountability,' Siddall said Monday of Gascon, an ex-cop who has come under fire for not cracking down on the attacksThe union head's comments comes as organized groups of miscreants continue to terrorize cities like Los Angeles and San Francisco Gascon is one of many 'woke' DAs bankrolled by billionaire Democrat donor George Soros - receiving more than $2.5 million from the investor last yearLast week, LA police arrested 14 suspects said to have been behind 11 robberies at stores last month, where nearly $340,000 worth of merchandise was stolen  Read more »

Paulette Michel Loftin has been appointed as Michigan school shooter Ethan Crumbley's public defender She was appointed as his lawyer after the 15-year-old proved he could not afford a lawyer on his own and his parents hired big-shot lawyers to represent themHis parents James, 45, and Jennifer, 43, hired Shannon Smith and Mariell Lehman. Smith represented Larry Nassar in his sexual assault trial Ethan faces 24 counts, including one count of terrorism and four counts of murder. His parents both face four counts of involuntary manslaughter  Read more »

Biden will attend a private Capitol ceremony to honor 'dear friend' Sen. Bob Dole on Thursday before going to his funeral at the Washington National Cathedral on Friday

Video: Wearing a mask is better than social distancing in EVERY scenario: Risk of catching Covid is up to 225 TIMES lower for people donning coverings, study finds

There's no place like home! From what to wear to how long your playlist should be, Vera Wang and other industry experts reveal their top tips for throwing an epic house party

'I've never met Susie Sub': Vaccine-sceptic doctor whose appearance on GB News included a message from woman saying 'use me for your pleasure' says he's lived 'a sheltered life' and he's told police he has been the victim of hackers

'I think it was just words, but words hurt': Parents mourn death of 12-year-old son who died by suicide after bullies teased him saying he was 'going to hell for being gay'