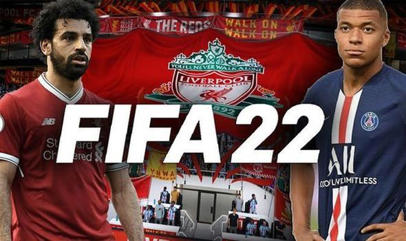 The FIFA 22 Web App release date has been scheduled for this week, with EA Sports providing the latest news on when it will be available to use on desktop and mobile platforms.

Fans of the Ultimate Team experience can’t wait to get started, with the Web and Companion providing the first look at the new FUT mechanics.

Like in the past, the FIFA 22 Web App will make it possible to control your FUT team outside of the game.

It traditionally arrives before the full game is released, meaning you can start building your Ultimate Team early outside of FIFA 22.

And there will be plenty of stuff to get started with when you do have access to the FIFA 22 Web App and Companion App later this month.

This includes being able to name your team, select kits and stadiums, claim daily rewards and complete challenges.

Some of these features may remain locked during the official release date, but most will be available.

And the most significant two features will be opening FUT Packs and checking out the new trading system.

As mentioned above, you might have to wait until the game’s early access to do all of this, but it will still be worth checking out the Web App as soon as you can.

Trading is expected to be very similar to past Web App features and will be one of the first places FIFA 22 fans will go.

WHEN DOES THE FIFA 22 WEB APP COME OUT?

According to EA Sports, the FIFA 22 Web App release date has been set for Wednesday, September 22, 2021.

A message on the official FIFA site adds: “The FUT Web App and other FIFA Web features are down for maintenance while we prepare for FIFA 22. The new web app launches on September 22nd.”

The release time can be tricky to get right as there can be huge delays on the day of release.

But based on previous years, we would expect the FIFA Web App to launch after 6pm BST.

The Companion App is also expected to arrive around the same time but as this will require a patch to access, there could be a longer wait.

We would suggest trying to use the Web App first, as this might prove to be the most stable platform.

And below are some of the new features being promised for FIFA 22 Ultimate Team when it does go live:

Advance through a new competitive structure in Divison Rivals – your chance to take on the FUT Community online. Win matches to progress through new stages, ranks, and divisions on your way to better weekly rewards. Stay at the right level for your skill with checkpoints and accelerate your progress with win streaks that get you further, faster. Division resets at the end of each Season in FUT 22 determine where you start your next Division Rivals journey.

Get rewarded for your performance each week and Season in FUT 22. Winning matches each week will increase your rank within a division and qualify you for better weekly rewards, while every match you play counts towards seasonal milestones – with end of season rewards based on the number of matches you play, regardless of wins or losses.

Jane Goodall on fires, floods, frugality and the good fight: ‘People have to change from within'

In Jane Goodall’s new book, there is a vivid description of her “deep bond” with a beech tree in the garden of her childhood home in Bournemouth. She would climb ... Read more »

The wife of a British-Iranian man being held in Tehran on Wednesday urged the government in London to “pay their debt” and secure his release after his latest appeals were ... Read more »

Solskjaer won't get sacked ‘even if United lose upcoming games'

The pressure on Ole Gunnar Solskjaer is seemingly ramping up after two wins in seven games for Manchester United – but Kleberson doesn’t believe he will be sacked anytime soon. ... Read more »

Steve Bruce was on borrowed time ever since Newcastle takeover

Livingston are running the rule over Norwich City’s Icelandic youth international Isak Thorvaldsson as David Martindale admits he’s already looking at who to add to the squad in January – ... Read more »

© Provided by Football League World West Brom n Bournemouth may have opened up a gap at the top of the Championship table but West Bromwich Albion are on course ... Read more »

The Morning After: Google Pixel 6 and Pixel 6 Pro first impressions

Google’s Pixel 6 family is officially priced and will launch on October 28th, available to pre-order today. While not cheap, both the Pixel 6 and Pixel 6 Pro, costing $599 ... Read more »

You Only Live Twice writer Leslie Bricusse passes away at 90

© Provided by Pinkvilla Leslie Bricusse, the Oscar and Grammy-winning songwriter whose Broadway and Hollywood hits including “What Kind of Fool Am I?” and “Pure Imagination,” died on Tuesday in ... Read more »

It's Sequel Season: Bollywood Sequel Movies To Watch Out This Season

Bollywood sequels are much awaited, after all they are usually a spin off of movies that get a lot of fame and popularity for their storyline, cast, direction among other ... Read more »

Vishnu Manchu clears the air over rumored enmity with Pawan Kalyan: It is not true that he ignored me

© AFP via Getty Images hillaryclinton Ellen Adams is “medium height, trim with good dress sense” and secretary of state to the President she distrusts. A reckoning with the Trump ... Read more »

The cheeky reason the Queen turned down this award

Photo credit: Max Mumby/Indigo – Getty Images Being the nation's longest-reigning British monarch (having been on the throne for almost 70 years), it makes sense that the Queen would be ... Read more »

A dramatic video captured the moment a digger was used to rescue a family trapped inside a car that was being swept away in gushing floodwaters following a landslide in ... Read more »

NEW DELHI: Samsung has introduced a new way which will find a quick resolution to customer problems. The company has launched a new ‘Smart Touch Call’ service that will reduce ... Read more »

Mohamed Salah, Virgil van Dijk and Joel Matip were all in impressive form on Tuesday as Liverpool beat Atletico Madrid 3-2 in the Champions League. © Provided by Transfer Tavern ... Read more »

Hibs in vaccine passport warning to fans ahead of Aberdeen trip

Spot-checks are being carried out at events with crowds of more than 10,000 although the Dons expect attendances to remain under that number for the foreseeable future. © A general ... Read more »

Former Aston Villa star Gabriel Agbonlahor has made a bullish prediction about the club’s chances against Arsenal on Friday night. Villa go into the match on the back of successive ... Read more »

Bolton Wanderers failed to adapt to the conditions in front of them at Plymouth Argyle according to Ian Evatt and that his side did not carry on with early tactics ... Read more »

Celtic finally got off the mark in their UEFA Europa League group on Tuesday afternoon thanks to a 2-0 win at home to Ferencvaros. © Provided by Transfer Tavern Liel ... Read more »

Jota to Celtic permanent transfer 'no brainer' but just what does £6.5m get you these days?

What does £6.5million get you these days? It was a question posed by Paul Lambert after he was asked if Jota was worth his option-to-buy fee. The man sitting alongside ... Read more »

Thierry Henry insists Karim Benzema is 'ahead' of Mohamed Salah

Former Premier League striker Thierry Henry has insisted that Karim Benzema is currently ‘ahead’ of Liverpool star Mohamed Salah when it comes to best in the world conversations. © Michael ... Read more »

2022 Awcon Qualifiers: ‘Everyone is in a competitive mood' – Nigeria's Oshoala talks tough ahead of Ghana clash

Asisat Oshoala has spoken of how the Nigeria women’s team are in a competitive mood for Wednesday’s Africa Women’s Cup of Nations qualifier against Ghana. In the first round, first leg encounter ... Read more »

What channel is Rangers vs Brondby? Live stream, TV and kick off details

Rangers look to inject life into their Europa League campaign as they take on Brondby in their third group game. One huge positive of Steven Gerrard ‘s reign has been ... Read more »

(Reuters) – Manchester City said on Wednesday they were shocked and saddened by reports that one of their fans had been attacked in Belgium after Tuesday’s 5-1 Champions League win ... Read more »

Quentin Tarantino says he wants to make a comedy

How Joe Manchin could derail the Biden presidency

UAE updates Protocol for Gatherings, Weddings, and Funerals at Home

Opinion: Now that guns can kill hundreds in minutes, Supreme Court should rethink the rights question