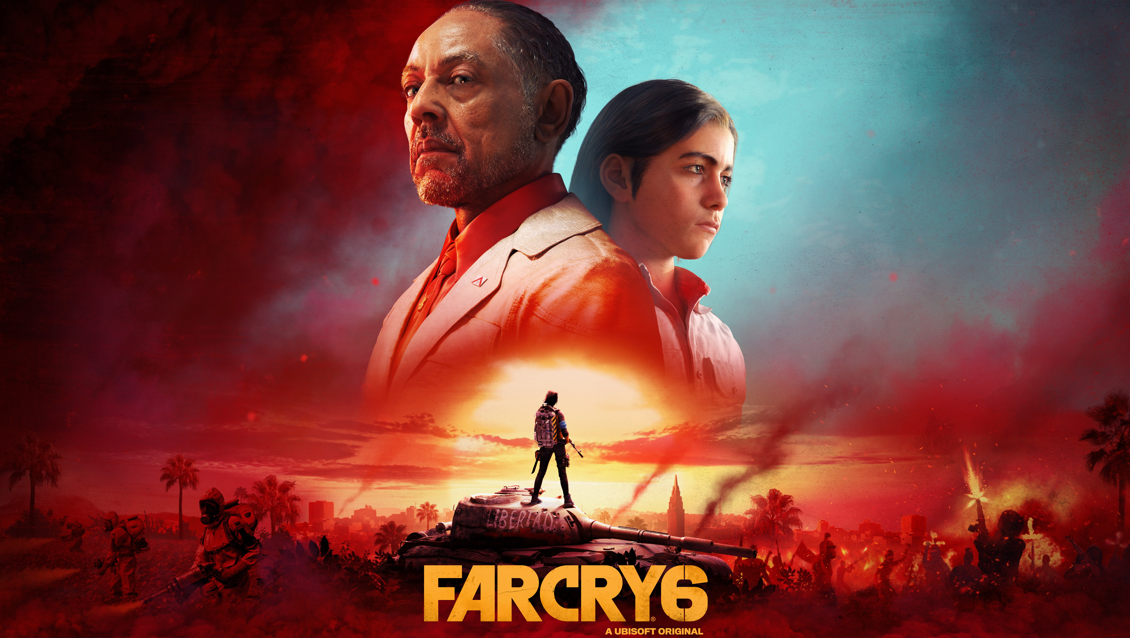 Far Cry 6 won’t have ray-tracing on PS5 and Xbox Series X, a Ubisoft developer has confirmed.

In an interview with Wccftech, Ubisoft 3D Team Lead Programmer Stephanie Brenham confirmed that Far Cry 6’s ray tracing will be a “PC only feature.” In conjunction with ray tracing, AMD’s FidelityFX Super Resolution will also only be featured on the PC version of Far Cry 6, allowing PC gamers to enable ray tracing with higher resolutions without taking a dramatic hit on framerates.

While Far Cry 6 will only have ray tracing on PC, Brenham did detail that Ubisoft will be leveraging the power of the next-gen consoles, “optimizing performance targeting 4K and achieving 60fps”. Plus the PS5 and Xbox Series X/S versions will include better LODs (level of details), draw distances and HD textures over the PS4/Pro and Xbox One/One X versions of Far Cry 6.

Opinion: Ray tracing being a common feature on next-gen consoles was a dream 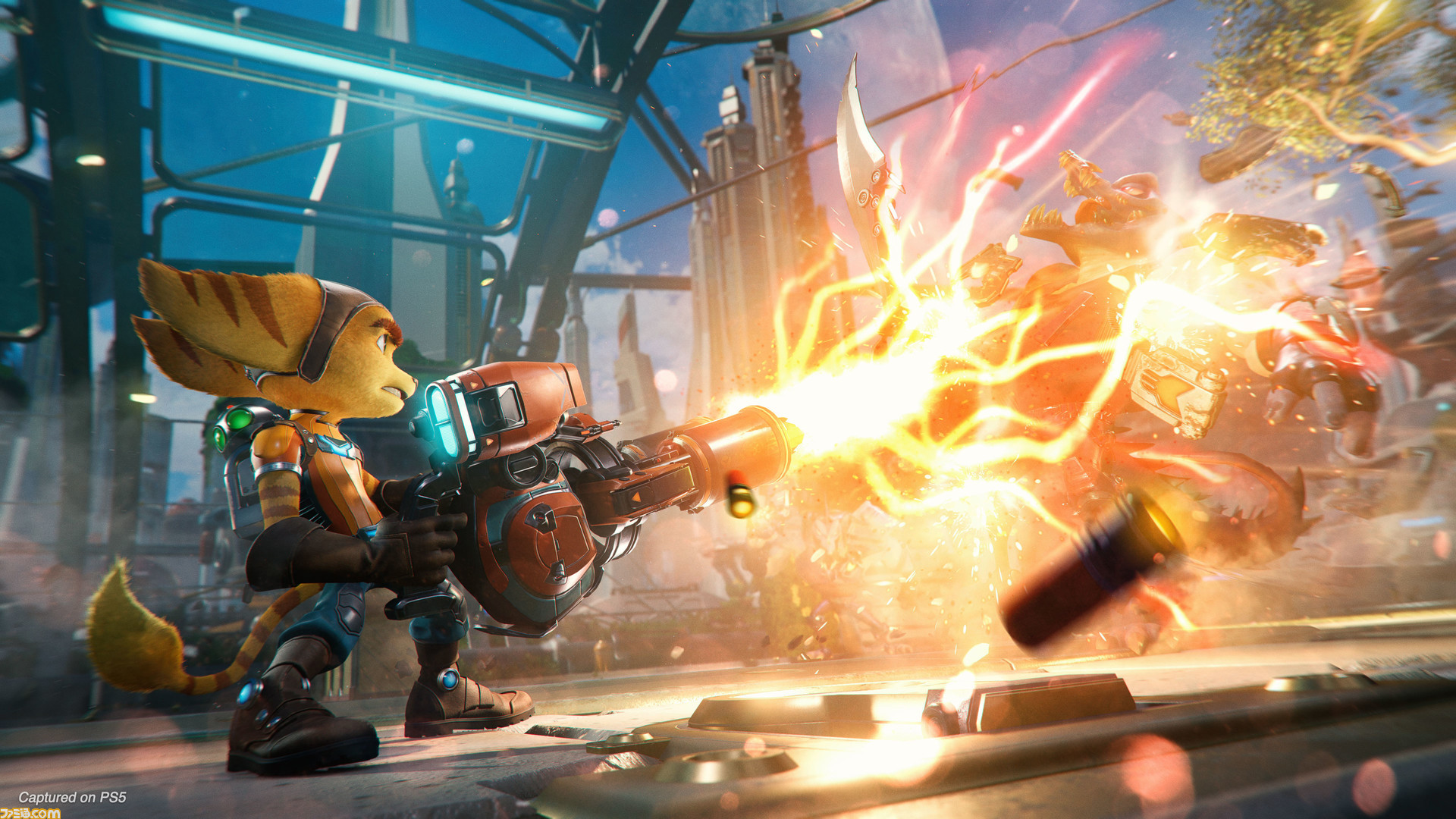 Ray tracing on next-gen consoles arguably hasn’t lived up to its hype, with few games actually utilizing the feature.

It’s possible that this is because of the drain ray tracing has on game performance. Achieving both 60fps (which Far Cry 6 is targetting) while utilizing ray tracing in a game isn’t exactly an easy task for console hardware.

“There is a cost [to implement raytracing],” Gavin Moore, Creative Director of Demon Souls on PS5 said in October 2020. “If we had implemented ray tracing in the game, that would mean that we would have had to leave something out.” Interestingly looking at the Demon Souls Remake, I don’t know how ray-tracing would’ve improved the already stunning visuals of the title. The beauty of Stonefang Tunnel helped soothe the pain every time I died to those fat officials.

So far, Sony’s Insomniac Games seem to be one of the few developers to implement ray-tracing well on their next-gen games. Both Spider-Man Miles Morales and Ratchet and Clank: Rift Apart featured ray-traced performance graphic modes, allowing their games to run at an upscaled 4K resolution, with ray-tracing, at a smooth 60fps. Maybe Insomniac should share their ray tracing secrets with other triple-a developers.

Why has France detained a British fishing ship and threatened sanctions?

Best cameras for photos and videos

How to watch UFC 267: time, card and Blachowicz vs Teixeira live stream details

Apple sued by Chinese students over iPhone's lack of cables

Sony has sold a total of 13.4 million PS5 units to date, as per the records released by the company. According to the records, the company sold 3.3 million units ... Read more »

Foldable display technology could have very easily been nothing more than a gimmick. When it was first announced several years ago, it certainly seemed as though that was the route ... Read more »

Diablo Immortal is entering closed beta with a planned full release in the first half of 2022, and there are some sizeable changes coming as the developers tweak systems while ... Read more »

From a rather rocky first reveal, Diablo Immortal has slowly become one of the most hotly anticipated games on the horizon – definitely from a mobile perspective, at least. And ... Read more »

Sony’s drive to port some of the best PlayStation games over to the PC appears to have changed up a gear, with the formation of a new brand specifically for ... Read more »

Computer a mess? 5 steps to quickly clean up digital junk

Digital junk piles up too quickly. Look no further than your phone and all those blurry photos and old screenshots in your gallery. What you don’t see are the invasive ... Read more »

These are the 25 best gifts of 2021, according to our experts

— Recommendations are independently chosen by Reviewed’s editors. Purchases you make through our links may earn us a commission. Figuring out the right gift is not an easy task, especially ... Read more »

15 cozy gifts from HSN to spark joy this season

— Recommendations are independently chosen by Reviewed’s editors. Purchases you make through our links may earn us a commission. The season of sweaters, soups and socks is upon us. Cozy ... Read more »

Apple AirPods tips and tricks: How to get the most out of Apple's wireless earphones

© Provided by Pocket-lint Apple AirPods tips and tricks How to get the most out of Apples wireless earphones image 1 (Pocket-lint) – Apple’s AirPods are like Marmite: you’ll either love ... Read more »

It's the size of an iPhone. But this 1080p HD pocket projector serves up cinema-quality pictures

Intel and Google Cloud have announced that they are working together to create a new category of chips, one that Intel hopes will find large scale acceptance in the broader ... Read more »

Strong demand for 5G equipment saw Nokia increase sales by 2% during the third quarter of 2021, however the company has warned that the industry-wide chip shortage could have an ... Read more »

The best stereo speakers are essential if you want to build a home setup that serious audiophiles would be happy with. Wireless speakers, including the Apple HomePod mini and the ... Read more »

Perhaps the best way to describe the experience of watching Edgar Wright’s Last Night in Soho is to say that it really does feel like spending a boozy evening in ... Read more »

Google has rolled out a new tool making it easier for kids and teens to yank images off of search results. According to a recent blog post published by Google, ... Read more »

Lady Eliza out on Wednesday night at an event in Mayfair (Dave Benett) The socialite daughter of the Duke of Rutland was fined just £50 for a speeding offence, after ... Read more »

Xiaomi has officially dropped the Note 11 series in China. The Redmi Note 11, Note 11 Pro and Note 11 Pro+ are the latest additions to the Note series. All ... Read more »

A typical adult will also spend two years of their lives online shopping and a further three years on social media. © Provided by The Scotsman Streaming music accounts for ... Read more »

© Provided by Pocket-lint How to get Siri to read your Messages on AirPods photo 2 (Pocket-lint) – Apple’s AirPods offer a number of features, from sharing audio to automatically ... Read more »

With the pandemic proving more stubborn than any of us hoped, many of the largest events and conferences will likely take place online again this year. Others have been pushed ... Read more »

The new MacBook Pro models with Mini-LED screens have run into further controversy around the notch, with Apple having to introduce what seems to be a quick workaround for apps ... Read more »

© WhatsApp on iPhone Messaging app WhatsApp will stop working on thousands of phones from 1 November. Some 43 different phone models will be affected as the Facebook-owned app changes ... Read more »

— Recommendations are independently chosen by Reviewed’s editors. Purchases you make through our links may earn us a commission. The old adage “not all heroes wear capes” has certainly rung ... Read more »

(Photo: Luis Alvarez via Getty Images) In a digital age where you use your tablet for games, your laptop for virtual meetings and your phone for emails, it’s safe to ... Read more »

A nasal COVID-19 vaccine could be the solution to ending the pandemic, experts say, and early trial data looks promising

Meissa is developing a nasal vaccine against COVID-19. But, it’s still in the earliest phase of human testing. Meissa Vaccines COVID-19 vaccines are great at preventing severe illnesses and death. ... Read more »

NHL on ESPN Plus: what ice hockey can I watch and how much does it cost?

Sending a bottle rocket into the world of ice hockey broadcasting, it’s all change for the 2021/22 season with streaming service ESPN Plus making a play to NHL fans in ... Read more »

Ildiko Grant/Shutterstock The UK government has set out its plans for reaching net zero emissions. This target, which Prime Minister Boris Johnson says will be met by 2050, is a ... Read more »

Inspiration from the 1970s for Generation Z's environmentalists

Op-ed: How the US can finally close the cyber workforce gap

WASHINGTON, DC – AUGUST 25: U.S. President Joe Biden speaks during a meeting about cybersecurity in the East Room of the White House on August 25, 2021 in Washington, DC. ... Read more »

It must be hard being Elon Musk. Yep, everyone’s favourite Space Karen is crying into his Giga bier and fiddling with his flame thrower in angst. He’s aimed his ire at a proposal ... Read more »

One million WordPress sites at risk of attack

Cybersecurity researchers have helped patch several vulnerabilities in an extremely popular WordPress plugin, which could have been exploited by any visitor to undertake a number of actions against affected WordPress ... Read more »

Electric boilers: a green alternative to heat pumps that no one is talking about

Those Roblox npm downloads could be infected with malware

Xbox series X stock - live: Game restock is available now – how to get the console

23 great gifts for kids who love to read

The best tools for hybrid working

Technology has tackled prejudice where governments could not, says will.i.am