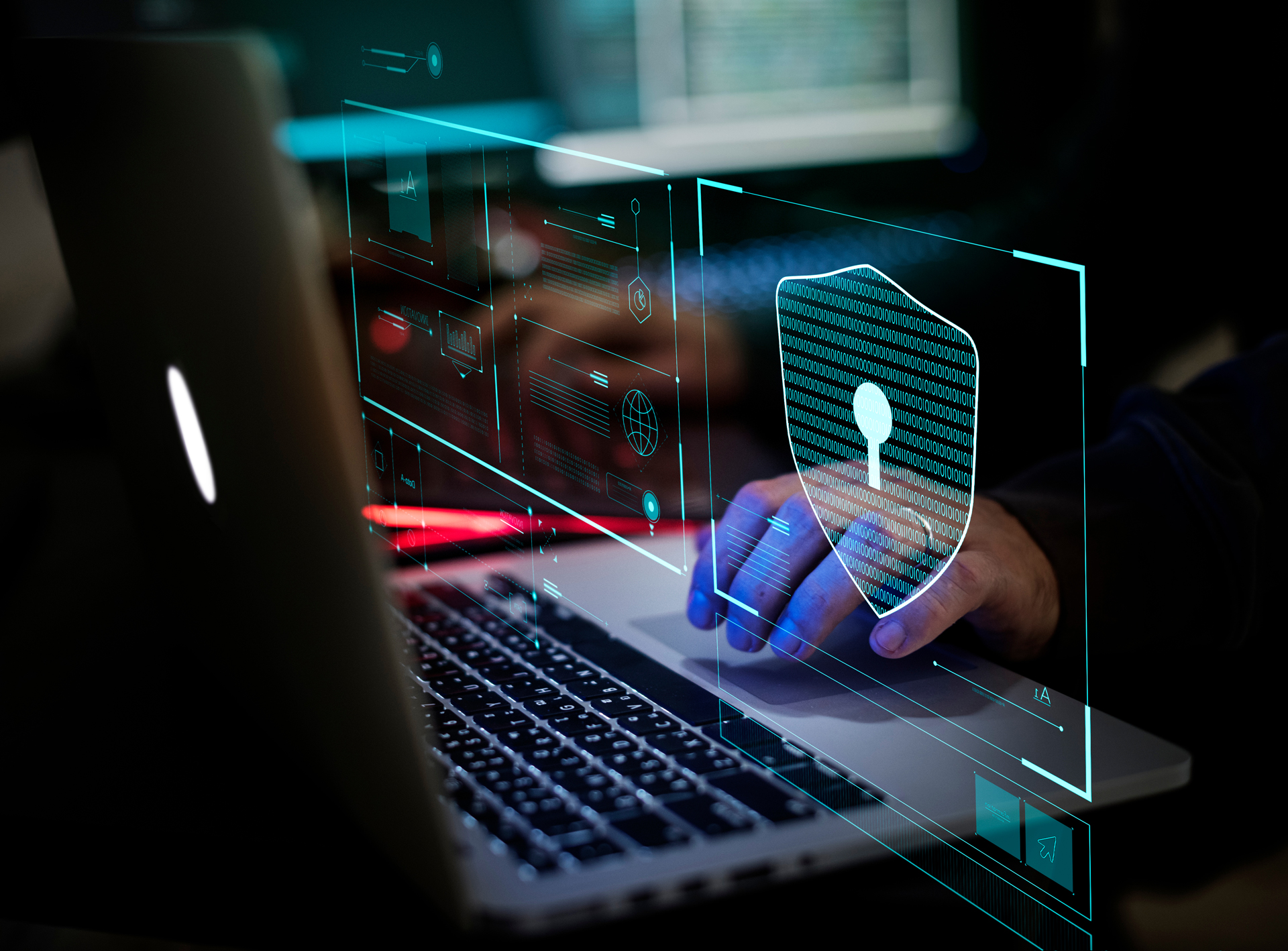 Facebook is finally making 2-Factor Authentication (2FA) the rule for some of its most-at-risk accounts.

It’s a smart move, protecting venerable Facebook users, especially those who are looked to for responsible and accurate information – think journalists, politicians, celebrities, and you’ll get the idea. Someone gaining access to any one of these accounts and masquerading as it could have wide-reaching, damaging effects. The company made the announcement on Thursday, pre-briefing some reporters and then directing them to a full story on Wired.

Why I wonder has this taken so long?

Stories of people, in all stations of life, who’ve had critical accounts hacked are all too commonplace. I usually find out when someone sends me a separate email or text exclaiming, “Help! I’ve been hacked!” Worse yet is when they don’t know and I spot the bizarre activity on their Facebook account and send a private note through other channels: “Hey, I think your Facebook’s been hacked.’

2-Factor Authentication is a simple idea that few people adopt because they see it as annoying or overly complicated. Put simply, whenever you log into a system, you have to prove it’s really you through a secondary device or system, one that can give you a code to apply to that first system.

Some 2FA systems use SMS texts to your phone (or a voice call), others use proprietary hardware that spits out unique, time-sensitive codes that also get entered into the original system.

For most people, the primary device handling 2FA is their smartphone. Most security system managers figure that if you have your phone with your SIM and unique phone number on it, that’s about as good as it needs to get for verification. Looked at another way, how likely is it that someone trying to use your email and maybe a password they found on the Dark Web to log into your Facebook will also have your phone in their hands?

The system in question, known as Facebook Protect, was designed originally as an opt-in for political figures. In addition to 2FA, there’s a Page publishing authentication system to ensure that nobody publishes offensive material on a candidate’s pages, and the requirement that Page managers use real names.

It’s not a perfect system, and there are reports of phone scammers convincing unsuspecting service users (banks, cryptocurrency wallets, Venmo, PayPal, and other accounts that also use 2FA) to share the 2FA SMS codes. Still, it’s better than a single, poorly crafted password, or one that’s being passed around on the Dark Web like so much gossip.

Facebook’s plan, which sounds small and almost tentative, might still be a rude awakening for at-risk users who missed the memo and, after ignoring multiple prompts to enable 2FA, may find themselves locked out of their own accounts.

It’s not a great situation. But it’s definitely better than a hacker or prankster taking over and posting things in your account that no one wants to see.

SillaJen shareholders call for the trading of the biotech company’s stocks to be resumed in front of the Korea Exchange’s building on Yeouido, Seoul, Tuesday. Yonhap Final decision for biotech ... Read more »

Flipkart’s Big Saving Days sale is currently underway and will go on till January 22. If you are looking to buy a smartphone, then there’s no better time than the ... Read more »

SK ecoplant CEO Park Kyoung-il presides over an extraordinary meeting of shareholders at the company headquarters building in Seoul in this December 2021 file photo. Courtesy of SK ecoplant By ... Read more »

All those attending the Olympics in Beijing have to download MY2022, an app China says is to monitor Covid, but which anaylsts warn has “devastating” security flaws WASHINGTON: An app ... Read more »

Chinese smartphone shipments rebound with 15.9 per cent growth in 2021, with 5G models dominant

The smartphone market in China rebounded last year after a pandemic-induced slump in 2020, although total sales have yet to reach 2019 levels, according to the latest data from a ... Read more »

(123rf)Samsung Electronics’ obsession for foldable smartphones is drawing market concerns as the South Korean tech giant is missing out on what’s coming next: The metaverse. According to market tracker TrendForce ... Read more »

Apple iPhone 13 | Photo credit: Sahej Brar / Unsplash The launch of the iPhone 13 series in fall 2021 has once again helped Apple claim the number one spot in the global ... Read more »

A man has been jailed for keeping another man prisoner in a six-foot shed on a caravan park for more than 40 years. Peter Swailes, 56, kept a vulnerable worker ... Read more »

EXPLAINER: Why Tonga eruption was so big and what's next

The Associated PressFILE – This satellite image provided by Maxar Technologies shows an overview of Hunga Tonga Hunga Ha’apai volcano in Tonga on Jan. 6, 2022, before a huge undersea ... Read more »

A set of ancient gold and silver tubes dating to about 5,500 years ago and unearthed in North Caucasus in Russia could be the world’s oldest surviving drinking straws, experts ... Read more »

Microsoft made its biggest acquisition when it forked out close to $69 billion in an all-cash deal for Activision Blizzard. One of the biggest game developers — with titles like ... Read more »

It turns out that a face mask could be the best wingman to secure your next date. A UK study has discovered that medical face masks can actually increase “facial ... Read more »

From the trailer of ‘Among Us – The Airship’ | Innersloth / YouTube screenshot “Among Us” developer Innersloth has huge plans for the game this year. The studio released its ... Read more »

SEOUL, Jan. 19 (Yonhap) — South Korea has decided to raise the minimum wage of foreign crew members on local fishing boats to the level received by their Korean colleagues ... Read more »

The popular word puzzle game has captivated mobile users for its simple interface and addictive gameplay, all the while courting copycat apps looking to cash in on Wordle's popularity. Read more »

Apple Inc and Google warned US lawmakers Tuesday that bipartisan antitrust legislation aimed at curbing the power of big technology companies will threaten the privacy and security of users. Escalating ... Read more »

Lots of people don’t want to leave their local area to find a job, and that’s completely understandable when family, friends, and hobbies are usually tied to specific locations. If ... Read more »

— Recommendations are independently chosen by Reviewed’s editors. Purchases you make through our links may earn us a commission. Another Valentine’s Day is upon us, and while love doesn’t really ... Read more »

SEOUL, Jan. 19 (Yonhap) — The top trade officials of South Korea and the United States on Wednesday agreed to strengthen their strategic partnership to actively respond to supply chain ... Read more »

SEOUL, Jan. 19 (Yonhap) — South Korea’s state pension fund lowered its exposure to large cap and other domestic shares in 2021 in an apparent bid to boost returns and ... Read more »

The Chinese government is expected to keep a wary eye on the country’s mushrooming blockchain-backed “digital collectibles”, but it is unlikely to impose an outright ban on non-fungible tokens (NFTs) ... Read more »

Japanese video game giant Nintendo has warned its customers of the existence of a fake site that claim to offer huge discounts on Nintendo Switch consoles and games. Just like ... Read more »

One-minute review Television sets like the U80G, U8G, U9DG and A6G have proven that Hisense can manufacture premium-like devices that won’t crush your bank account. While those sets offer a ... Read more »

— Recommendations are independently chosen by Reviewed’s editors. Purchases you make through our links may earn us a commission. If one of your New Year’s resolutions was to get more ... Read more »

— Recommendations are independently chosen by Reviewed’s editors. Purchases you make through our links may earn us a commission. The allure of Carhartt goes far beyond it being a utilitarian ... Read more »

What are the odds that on the very day Microsoft announced its $68.7 billion acquisition of Activision Blizzard Entertainment, the U.S. Federal Trade Commission and Department of Justice would announce ... Read more »

Microsoft Edge has added new security functionality to its upcoming beta version, promising security against unknown zero-day vulnerabilities that malicious actors could be exploiting to distribute malware, ransomware, or other ... Read more »

The US government is reportedly reviewing the cloud computing arm of Chinese ecommerce giant Alibaba to determine whether or not it poses a risk to national security. As reported by ... Read more »