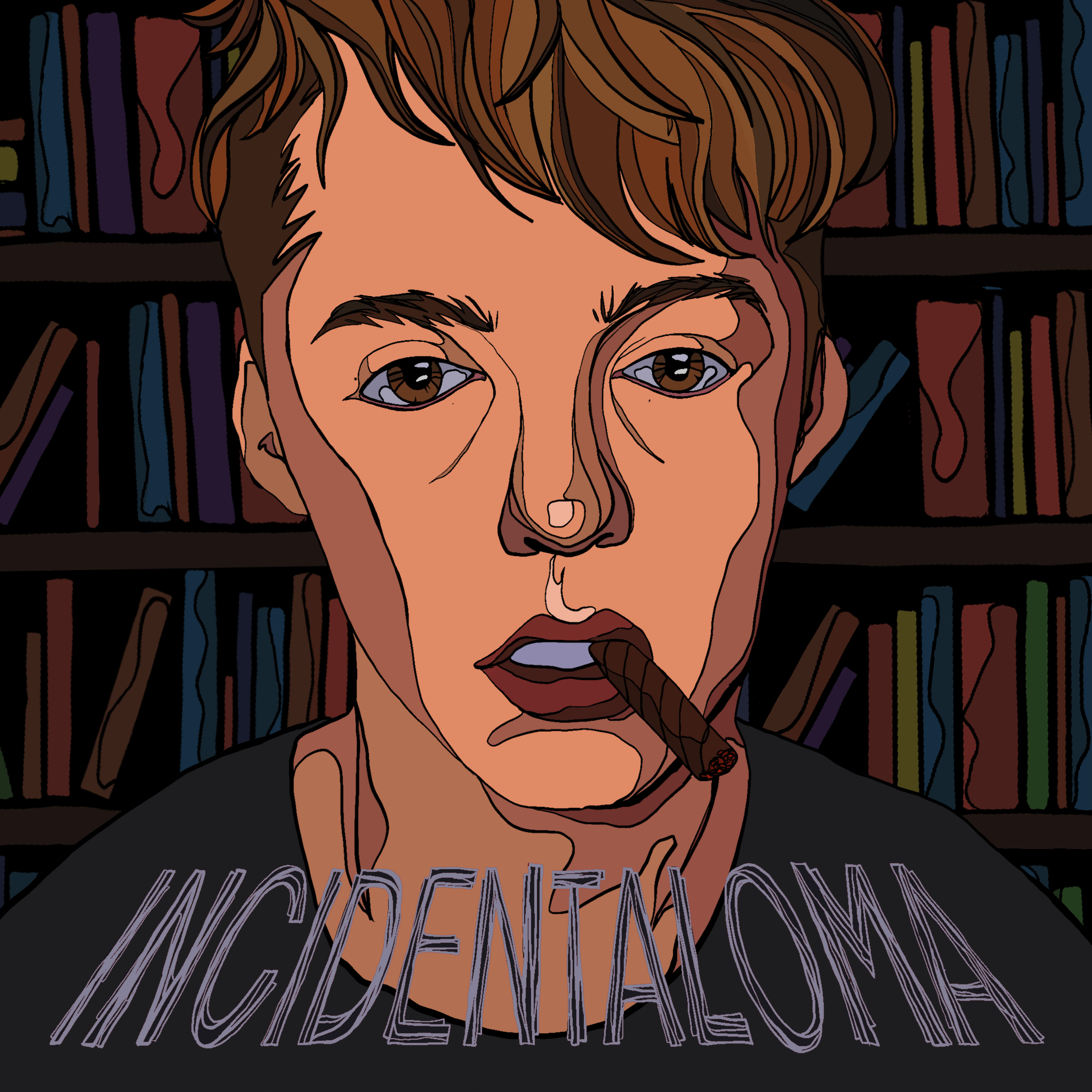 Incidentaloma is a soundscape of creative freedom, immersing the listener in a cinematic experience. Ray Incident – the artist behind this breakthrough album – has created a musical contradiction to anything imaginable by listeners of bubblegum pop. Instead he uses controversial musical structures to challenge everything that is orthodox and acceptable in the mainstream music industry. Incidentaloma is a steep step up from the world of commercial music that focuses on economy rather than passion and creative breakthroughs. Incidentaloma challenges the listener’s perception, just in the same way modern art in its very existence is about questioning the way we think.

Listening to Incidentaloma is an experience in itself, similar to stepping into a room in the Tate Modern in which all of your senses are engaged, where afterwards you are left questioning the notions of reality. His music in its nature is ambiguous, similar to his identity, constantly leaving his audience on tenterhooks. In no way can this be classed as background music and, unlike anything you will have heard before, Incidentaloma is an experimental genre in itself. True artistic passion such as this can only be appreciated when full attention is paid to the many aspects of its creative depths.

The musical composition works almost perfectly not only for solitary listening, but also for the screen. Its structure creates space to not only immerse, but also open up corners of the collective mind listening to this piece of art. It leaves you with questions not only about how this sort of experimental piece came to be, but also how this sort of artwork might be processed by others. Incidentaloma is clearly a deeply personal project, but also opens up something deeply personal for each variety of listener.

Having taken Ray Incident over a decade to create, Incidentaloma is a timeless piece of music in which the time invested in it is evident from the very first listen. What makes this such a special collection of music is the fact that it will not connect with everyone; this type of artwork finds its own audience, and one that will savour every note of clarity. For lovers of experimental fine art who have been searching for the very edge of the creative boundaries; these seven songs will find your search concluded.

Incidentaloma is an album simultaneously pushing the boundaries of analog and digital music. However it is important to separate the artist and the album. Ray Incident’s accomplished mind cannot be summed up in only these songs; Incidentaloma works only as a vessel for his creative exploration, and is only the debut project of many more to come from the contemporary label Corpus Callosum.

For more on Ray Incident and to listen to Incidentaloma, be sure to visit visit his website.

Microsoft is looking to solve a major annoyance for video conferencing users with a new preview update for Windows 11. The Windows 11 Insider Preview Build 22494, which was released ... Read more »

The best app on the Android marketplace Google Play helps users create their own meditation plan. Balance was named the Best App of 2021 on Google Play, the company announced ... Read more »

WhatsApp rolled out a new Windows app a few weeks ago. The app looks similar to the web version of the platform and it is available to download on the ... Read more »

Apple’s MacBook Pro 16-inch reportedly suffers from a glitch that means some users are finding that the laptop isn’t charging up properly using the MagSafe connection in one particular scenario. ... Read more »

There’s an interesting video circulating on and , claiming that Honda unveiled a self-balancing motorcycle on November 29 in Japan. In fact, if you watch it above, you’ll see a ... Read more »

How to use two VPNs on one device

Installing your first VPN gets you all kinds of benefits. You’re more protected when you access public Wi-Fi, you can unblock Netflix and hundreds of other sites, and go torrenting ... Read more »

Rain to replace snow in the Arctic as climate heats, study finds

Representative image The Joint Committee of Parliament (JCP) on the Personal Data Protection Bill will move a motion in Lok Sabha on December 1 seeking extension of time for presentation ... Read more »

© Getty Images Anthony Walsh Meets HSR Anthony Walsh lived in Southgate, North London, with his wife Siobhan and two young children.  He was diagnosed with MND in May 2021 ... Read more »