It was the first hat-trick of Tom O’Flaherty’s professional career, so when he’d finished running rings around Glasgow last weekend, the Exeter wing didn’t think to take away a memento.

‘Funnily enough, Jonny Gray asked me this week if I’d kept the ball,’ he said. ‘But I didn’t even realise that was a tradition, so I didn’t keep it. Not much happened really, I just went down the pub, had a few beers and played a bit of pool. That was about it — nothing to mark the occasion!’

It was a typical scenario for the 27-year-old Londoner; sterling work for his club, without much fuss or fanfare.

O’Flaherty has been a mainstay of the Chiefs’ trophy-winning era in recent years, but hasn’t being among the growing contingent from Devon who have earned international honours.

There has been no contact from Eddie Jones and, given his name, there might be a perception that he could represent Ireland, but that is not the case.

‘No, I’m not Irish,’ said O’Flaherty. ‘Just English — and I probably qualify for Jamaica, from my dad’s side of the family. I think they’ve been all right at Sevens, so that could be an option. That’s definitely an avenue to explore.’

If a call did come from the Caribbean nation, it would add another layer to a fascinating and unorthodox sporting life. Despite emerging as a talented prospect at the renowned Dulwich College, O’Flaherty has not been on the familiar path from school to academy to club first team. 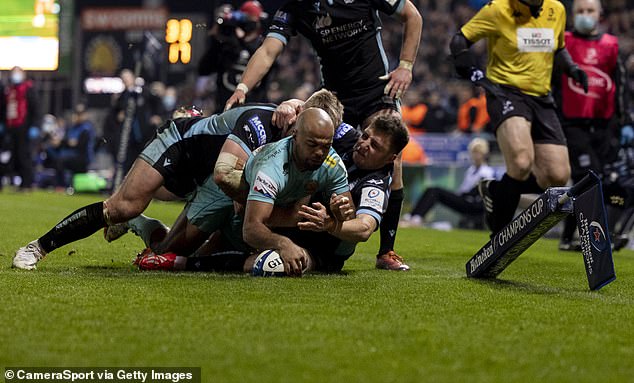 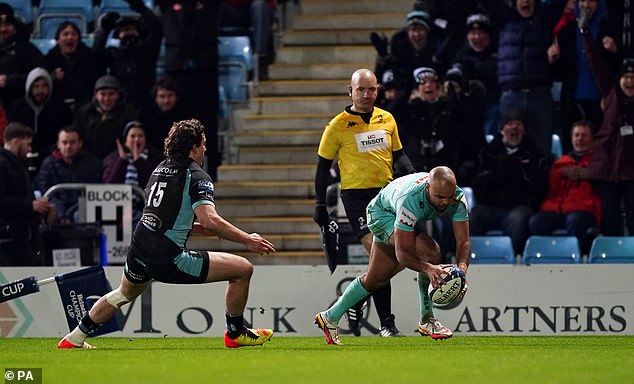 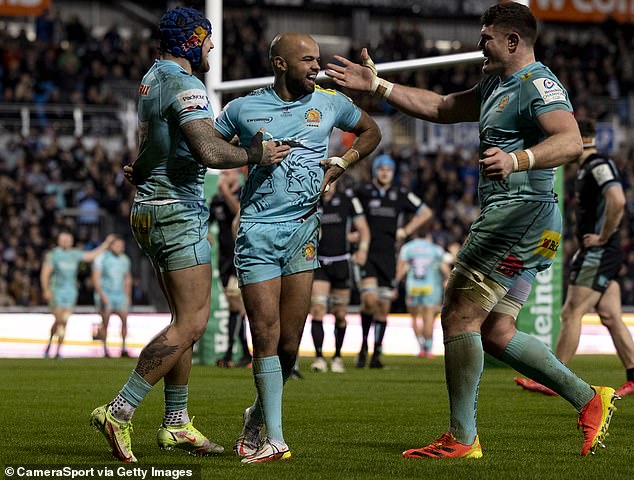 On Saturday, he will be back in familiar territory — on duty for Exeter against the French club where he spent an enjoyable season, while studying the language at Cardiff University.

‘I haven’t been back to Montpellier since I lived there, which was six or seven years ago,’ said O’Flaherty. ‘I’m looking forward to seeing a few of the lads I knew and seeing how the city has changed.

‘When I was there it was studying first, rugby second. I did a degree in French. For language courses, which are four years, you spend the third year in the country. There were a few options, but everyone wanted Montpellier because it’s in the south of France! I was lucky enough to get it.

‘Once I knew I was going there, I had to work out what I was going to do rugby-wise and luckily for me I was able to play for Montpellier’s Espoirs — the reserve team. I loved it. 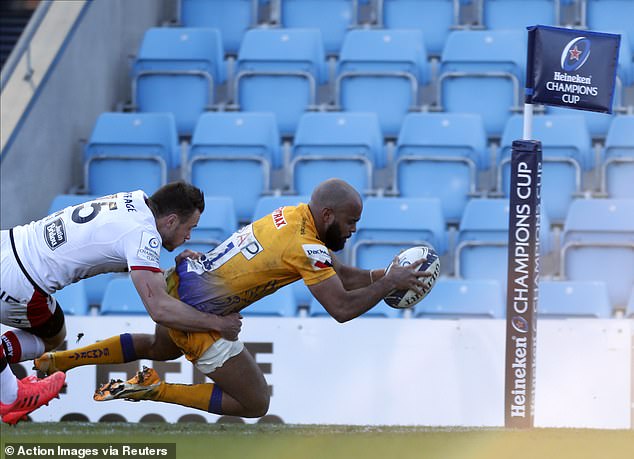 ‘I like the French way of life. They seem to enjoy things more. The sun helps, but they have a more laid-back attitude and a different work-life balance.’

The stint in Montpellier punctuated his education — academic and sporting — in Wales. He played for Cardiff University, for Cardiff RFC and Bridgend Ravens in the Welsh Premiership before ending up at the Ospreys, at the time when England flanker Sam Underhill was there.

‘They lived together one summer, before heading back across the border; O’Flaherty to Exeter and Underhill to Bath. 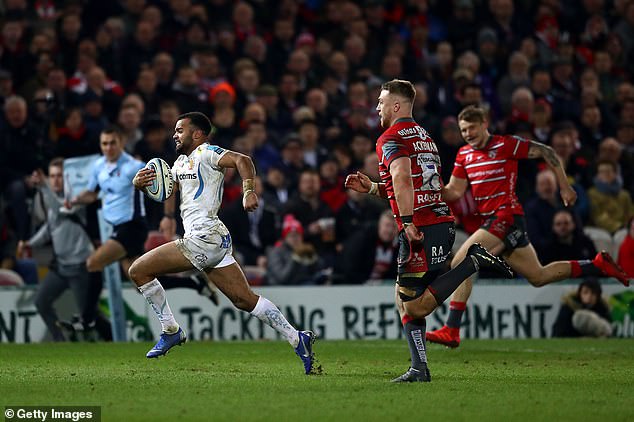 ‘I absolutely loved playing uni rugby,’ said O’Flaherty. ‘You’re playing with your mates and have a drink after, and go out as many times as you want.

‘In my second year, I played for Bridgend on Saturdays and I loved that too. I look back on those days fondly.

‘When I was at uni, we played in the SWALEC Cup against a team from somewhere in the Valleys. That was probably the roughest game I was involved in. One of our lads fell out of the side of a maul after being choked. They didn’t look too fondly on us uni students, as you can imagine!’ 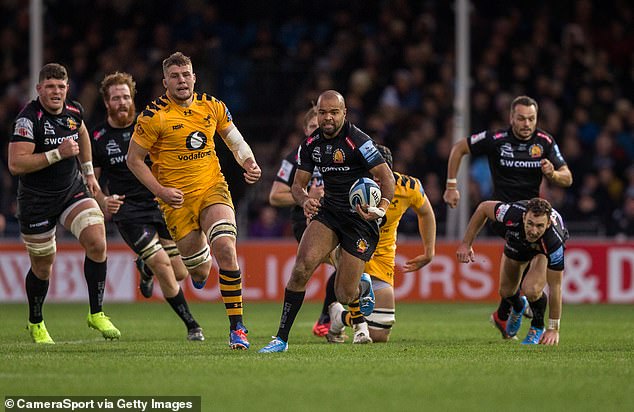 During his gap year, the winger traveled to New Zealand, Australia, Thailand and Fiji

O’Flaherty has done things his own way. He was never in the academy or age-group system. After finishing at Dulwich, he helped out there during his gap year and played for nearby Blackheath in National League 1, before travelling in New Zealand, Australia, Thailand and Fiji.

Even now, while revelling in his day job — especially the ultimate high of winning the European Champions Cup in 2020 — O’Flaherty retains the same old sense of adventure. ‘I like doing a bit of spear-fishing and surfing,’ he said. ‘Any opportunity that I might enjoy, I just go for it.

‘When I came to Devon, I’d never heard of spear-fishing, but Greg Holmes — an Aussie — said, “I reckon it would be good to go spear-fishing round here”, so I jumped in with him. In summer it’s pretty bountiful round here.’

On dry land, for O’Flaherty, the winters are proving to be pretty bountiful too.