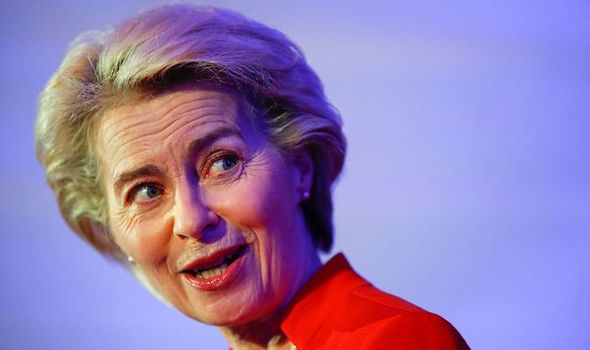 A controversial European Union dossier detailing internal communication guidelines was accused of trying to “cancel Christmas” by the Vatican and European conservatives. The ‘Union of Equality’ recommended EU officials use the phrase “holiday period,” instead of “Christmas period” in a bid to “avoid discrimination and promote inclusivity”. However, furious pushback from Vatican officials and conservative politicians forced the EU into a humiliating U-turn.

Brussels quickly retracted the document, which the Commissioner for Equality, Helena Dalli, said had been intended to showcase the “inclusive nature of the European Commission”.

EWTN’s Colm Flynn said: “This was intended for staff in very high positions in Brussels and Luxembourg as a guide for how they should communicate in press briefings and social media.”

The document was part of a plan championed by Commission President Ursula von der Leyen to make sure that “everyone is valued and recognized” across the bloc.

The Vatican secretary of state, Cardinal Pietro Parolin, condemned the document, as he hit out at Brussels for trying to ban words like Christmas. 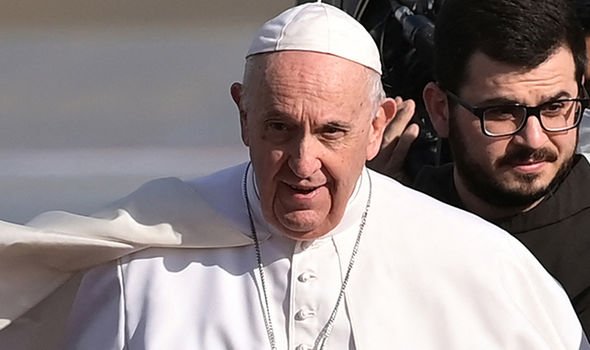 The dossier also urged European Commission officials to “avoid assuming that everyone is Christian”.

The retracted guidelines read: “Not everyone celebrates the Christian holidays, and not all Christians celebrate them on the same dates.”

It also suggested using the phrase “first name” rather than “Christian name” and using names “Malika and Julio” instead of “Mary and John” to describe an “international couple”.

Cardinal Parolin said that the EU should be applauded for efforts to eradicate discrimination, but insisted this cannot mean the “cancellation of our roots, the Christian dimension of our Europe, especially with regard to Christian festivals”. 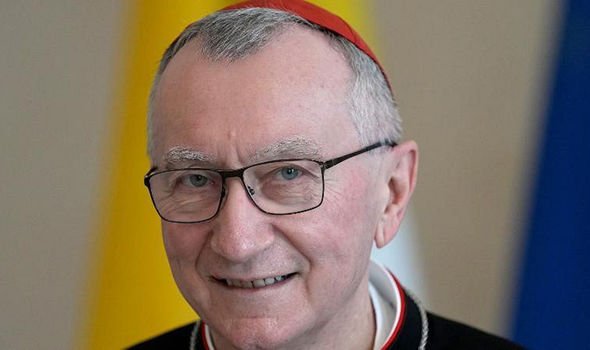 The senior Vatican official continued: “This is not the way to achieve this goal. Because in the end we risk destroying, annihilating the person.

“Of course, we know that Europe owes its existence and its identity to many influences, but we certainly cannot forget that one of the main influences, if not the main one, was Christianity itself.”

Giorgia Meloni, leader of the far-right Brothers of Italy party, also hit out: “The European Commission, through an internal document, considers the Christmas celebrations as insufficiently inclusive.

“In the name of a sinister ideology, it wants to suppress the culture of a people. Our history and our identity can’t be cancelled, they must be respected.” 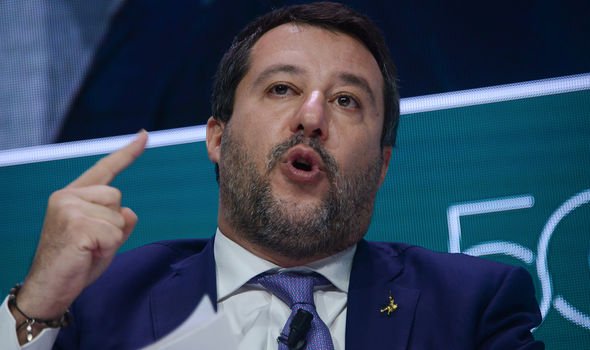 Leader of Italy’s Lega party Matteo Salvini joined in the backlash, tweeting: “Mary, the mother. John, the father. Long live the holy Christmas. I hope that in Europe, no one will be offended.”

The EU acknowledged that the document had backfired, with Ms Dalli saying: “The guidelines clearly need more work.”

The bitter war of words between the Vatican and the EU continued on Friday when Pope Francis Friday denounced the “culture of indifference” that Europe shows migrants.

How to Become a Teacher in Dubai. Here are Tips to Help You

Biden's immigration goals fade after setbacks at the U.S.-Mexico border

Is the Green Economy a win-win for South Africa?

How 5G Clashed With an Aviation Device Invented in the 1920s

Video: Beau Ryan reveals the shocking moment he cornered a possum and tried to eat it during his stint on I'm a Celebrity... Get Me Out Of Here!

Video: Heidi Klum celebrates 9 MILLION followers on Instagram with themed balloons as she thanks fans

© Provided by Preview.ph T-shirts and shorts are pieces that most of us- if not all of us-have in our closets. That said, on days when you’re not quite sure ... Read more »

FAQs Answered: What Pregnant And Breastfeeding Women Need To Know About COVID-19 Vaccine

Being pregnant or having a newborn in itself is stressful. All the more difficult when you’re going through it during a health crisis like the COVID-19 pandemic. In times like ... Read more »

The ringgit is a currency masquerading as money

© Provided by Free Malaysia Today In my previous article, we looked at how money is created and how increasing amounts of it are being created these days. That, as ... Read more »

BT has announced a price hike of more than nine per cent from the end of MarchAffected customers will pay an average of £3.50-a-month extra, or £42 annuallyFinancially vulnerable households and those on some packages will be exempt The telecoms giant has seen a 90 per cent rise in broadband usage since 2018 Read more »

Fast and Foolish II: YouTuber DMO Deejay sparks fury AGAIN by filming his Lamborghini hurtling along at 130mph - a year after doing the same stunt at 204mph on a UK motorway

YouTuber DMO Deejay has filmed himself driving his Lamborghini at 130mphInstagram video shows the speedometer doing almost double UK speed limit Road safety campaigners today hit out at the 'inexcusable and dangerous' stunt  Around a year ago, a clip showed him encourage a motorist to drive at 204mph Read more »

Netflix has ordered up a reboot of the classic food format of Iron Chef. The new series – Iron Chef: Quest For An Iron Legend – will be based on ... Read more »

Beijing Olympics: 'Everyone is just worried about getting there'

NBC ‘s broadcasters will call the Winter Olympics remotely from Connecticut rather than in person in China. ESPN has bailed on sending even a single reporter citing a “very challenging” ... Read more »

The Chicago Bears will interview New Orleans Saints defensive coordinator Dennis Allen for their head coach opening next week, according to Nick Underhill of NewOrleans.Football. The Bears are the first ... Read more »

© Provided by Geek Culture Matt Reeves’The Batman movie runs for two hours and 55 minutes (via ComicBook). The running time includes about eight minutes of credits. This makes The ... Read more »

© Provided by The Daily Beast Saul Loeb/Getty Moments after he was sworn into office, President Joe Biden made good on the first of dozens of promises he had made ... Read more »

© Provided by Dot Esports Pokémon UNITE’s most recent update added a lot of new content to the game, and players are still discovering what is new and what TiMi ... Read more »

Video: Better late than never! Beauty and the Geek virgin Lachlan Mansell, 33, has his first French kiss with a MUCH older woman live on Kyle and Jackie O

The US Treasury on Thursday extended by one year a rule that shields Citgo, a US-based unit of Venezuela’s state-owned oil company PDVSA, from being seized by creditors, the department ... Read more »