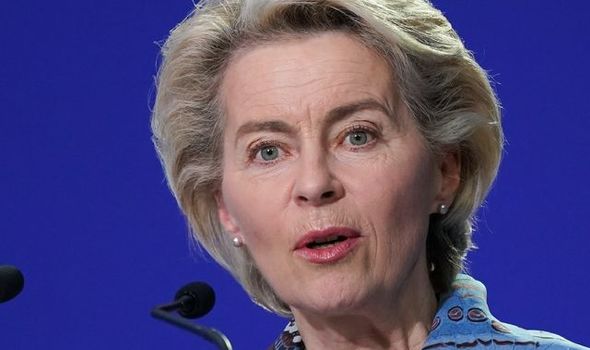 The EU executive threatened Austria, Sweden, Belgium, Luxembourg, Portugal, Romania and Italy to take them before the European Court of Justice unless they end their respective so-called intra-EU Bilateral Investment Treaties (BITs).

In 2020, EU member states agreed to terminate all BITs as they were deemed incompatible with EU law.

In its warning to the seven member states, the EU Commission wrote: “The Commission has decided to open infringement proceedings against Austria, Sweden, Belgium, Luxembourg, Portugal, Romania and Italy for failing to effectively remove from their legal orders the intra-EU Bilateral Investment Treaties (BITs) to which they are contracting parties, so that they cease to produce any legal effects.

“It has been the Commission’s long-standing position that BITs between EU Member States constitute a parallel treaty system overlapping and conflicting with Union law, thereby preventing its full application.”

It continued: “The Commission notes that Austria and Sweden did not sign the plurilateral agreement with other Member States and have not finalised the bilateral termination of their intra-EU BITs. 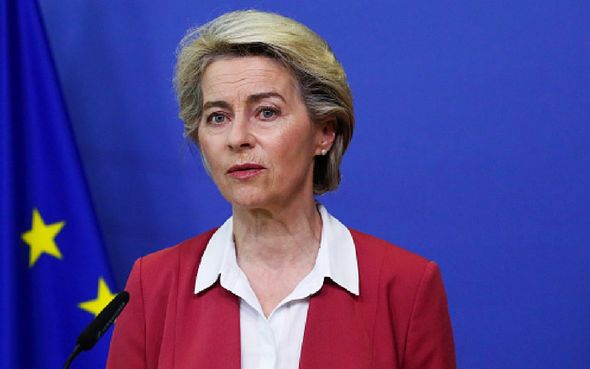 “Meanwhile, Belgium, Luxembourg, Portugal, Romania and Italy signed the plurilateral agreement in May 2020, but have not yet completed its ratification process, necessary to ensure legal certainty for investors and businesses.

“The Commission urges the above mentioned Member States to urgently take all necessary action to remove the intra-EU BITs from their legal order, bearing in mind their incompatibility with Union law.

“Without a satisfactory response from them within two months, the Commission may decide to address reasoned opinions.”

The letter continued with a direct warning for Sweden, whose case will be referred to the European Court of Justice if they fail to reply within two months.

It said: “In addition, today, the Commission has sent a complementary reasoned opinion to Sweden for failing effectively to ensure that its Bilateral Investment Treaty (BIT) with Romania ceases to produce legal effects.

“Although Sweden removed the BIT from its legal order formally and unambiguously via mutual agreement with Romania, it has failed to ensure the required degree of legal certainty for investors and businesses, as it did not eliminate in practice all legal effects that the BIT had produced since its incompatibility with Union law first arose.

“This has enabled arbitral tribunals to take their own view as to the validity of the BIT, so far upholding its applicability and accepting jurisdiction based on its provisions.

“The Commission urges Sweden to take all necessary actions to ensure that its BIT with Romania ceases to produce legal effects, bearing in mind the incompatibility of the BIT with Union law.

“Without a satisfactory response from Sweden within the next two months, the Commission may decide to refer the case to the Court of Justice of the European Union.”

Most of the BITs affected by this agreement were signed between Eastern and Western European States before the former became members of the EU.

The termination of intra-EU BITs has seen the end of an era for investor-State dispute settlement (“ISDS”) and foreclosed a significant number of future claims against sovereigns.

Man guilty of promoting ‘jihad by sword' in mosque speech

How to complete Rescue missions in Rainbow Six Extraction

How to complete Decontamination missions in Rainbow Six Extraction

What is the 'pork pie plot' and what does it mean for Boris Johnson?

News updates from HT: Covid cases in Mumbai under control, BMC tells HC and all the latest news

© Provided by Hindustan Times A health worker takes a nasal swab sample of a passenger during a Covid-19 coronavirus screening at a railway platform in Mumbai. (AFP) Here are ... Read more »

Debating the vaccine mandate: Critical to ensure the public are heard

Although public consultations on mandatory vaccinations are undoubtedly taking place, they are not necessarily broadly representative of the South African public. Unions, religious organisations, and corporate interests, to some extent, ... Read more »

SAA to resume flights to Durban from March

Prime Ministers are usually the very last to realise their time is up. Thatcher, Blair and May were all forced out by long-running coups. Major and Brown were despatched by ... Read more »

BB 15: Abhijit Bichukale targets Devoleena Bhattarcharjee with stone after she bites him during task

© Provided by Zee News NEW DELHI: In the upcoming episode of Bigg Boss 15, the housemates can be seen performing a new task for which they have to collect ... Read more »

‘SP's ideology is expanding': Akhilesh Yadav reacts to Aparna Yadav joining BJP ahead of UP elections

© Provided by DNA Ahead of the Uttar Pradesh assembly elections 2022, Aparna Yadav, who is the daughter-in-law of Mulayam Singh Yadav, has decided to join BJP, in a major ... Read more »

© Provided by Pinkvilla Popualar comedian Bharti Singh had married script writer Haarsh Limbachiyaa in the year 2017. The actress is very popular for quick wit and knack for comedy. ... Read more »

Restrictions like weekend curfew not to be lifted at this stage: Jain

Bodil Kjaer, the woman who designed a desk for James Bond

Simple, strong and no-nonsense: three qualities that sum up the work of Danish architect and designer Bodil Kjaer (born 1932), who is known for her versatile furniture in boxy shapes. ... Read more »

Varun Dhawan reaches for the funeral of his driver Manoj; PICS

It is a tough time for Varun Dhawan and his family as they have lost their driver Manoj who had been working for them for quite a long time now. ... Read more »

Willem Dafoe has shared an “interesting” pitch for a Joker sequel. The 66-year-old Spider-Man actor hinted at expanding his role in the Marvel and DC Universe during an interview with ... Read more »

© Provided by The Guardian Photograph: Leonardo Cendamo/Getty Images Ian McEwan’s “most epic book to date”, moving from the end of the second world war to the current pandemic and ... Read more »

Johannes Radebe has opened up about the tragic circumstances which prompted a conversation with his mother about his sexuality. While speaking about his upcoming solo tour, Freedom, on the podcast Reign ... Read more »

Fulham in line for windfall as Celtic close on transfer

© PA Images Manchester-United-midfielder-Paul-Pogba-greets-fans-after-a-training-session That bespectacled hipster Ralf Rangnick has done it again. He has said he might play an £89.3m midfielder if it benefits Manchester United.   Pog on ... Read more »

© Shutterstock tristan tan File photo IRISH CONSUMER PRICES were on average 5.5% higher in December than they were a year previous, the largest annual change in prices recorded since ... Read more »

Holly Willoughby’s style has long been the envy of countless admirers, but fans can also get the lowdown on the makeup she wears. Holly’s trusted makeup artist Patsy O’Neil lists ... Read more »

© Provided by Independent Online (IOL) When you are meal planning for a family, the first question is: “Will most people eat it?” The second question should always be “How ... Read more »

(Reuters) – Procter & Gamble Co beat quarterly sales estimates on Wednesday, as the consumer goods giant benefited from higher prices and resurgent demand for cleaning products due to a ... Read more »

© Provided by Zee News A FIFA World Cup play-offs spot within their grasp, hosts India would seek a winning start against an under-prepared and lower-ranked Iran in their women’s ... Read more »

New daily infection record in Trondheim: “It's great that many people are infected with omicron”

On Wednesday, Trondheim Municipality announced that 747 new corona infection cases had been registered in the last 24 hours. That is the highest number of new infection cases in a ... Read more »

© Provided by PEP.ph It’s Showtime host Vice Ganda made a play out of the cash prizes that contestants get from the Kapamilya show and those from its Kapuso rival program, Eat Bulaga! He ... Read more »

Neuville expects “more nerve wracking moments than ever" in WRC 2022

Yeh Kaali Kaali Ankhein: Here`s the one scene that stands out in the show

Hate Noisy Typing Sounds? This Fan-Favorite Wireless Keyboard Is For You

The best leather football boots you can buy in 2022