In the face of fears of a cost of living crisis in the coming months, the Treasury is looking at ways to help families. The cost of wholesale gas has skyrocketed in recent weeks, pushing up energy prices for millions across the country.

A number of suppliers have gone bust due to the hike in cost, forcing households onto higher tariffs with other providers.

The Chancellor is now thought to be considering a cut to the five percent rate of VAT on energy to help combat the increased cost of bills.

Brexiteers, including Prime Minister Boris Johnson, pledged during the 2016 EU referendum that voting to leave the bloc would mean “fuel bills will be lower for everyone”.

Brussels rules dictated that member states could not cut VAT on domestic energy and gas below five percent. 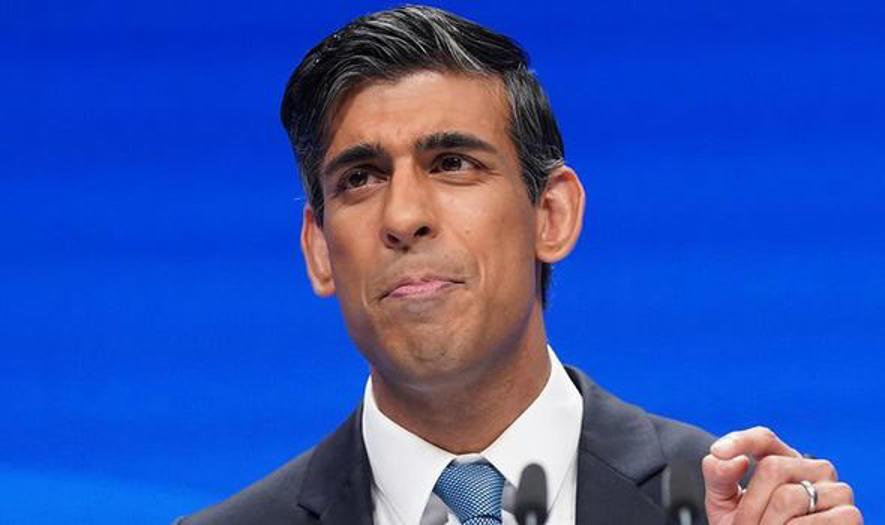 A statement by the Vote Leave campaign said: “When we Vote Leave, we will be able to scrap this unfair and damaging tax.

“It isn’t right that unelected bureaucrats in Brussels impose taxes on the poorest and elected British politicians can do nothing.”

According to the Financial Times, Mr Sunak is looking at a VAT reduction as part of his Budget due to take place later this month.

“It would tick two boxes – it reminds people of the benefits of Brexit and shows you’re listening to people,” one Treasury official told the publication.

On October 27 the Chancellor is set to announce his tax and spending plans to the House of Commons.

He is grappling with how to help families through what is expected to be a tough winter without racking up yet more debt. 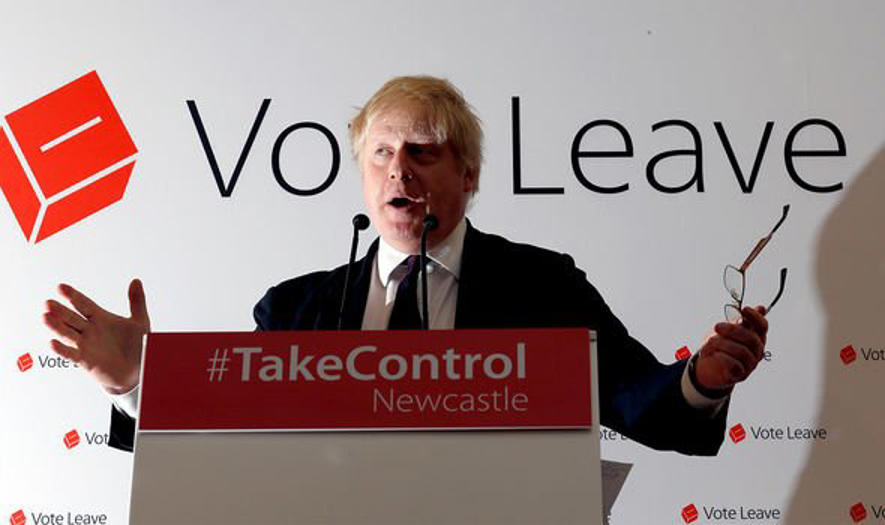 The UK’s debt level hit a record high during the pandemic.

The Chancellor’s bid to keep the economy afloat during lockdowns led to eye-watering levels of borrowing.

Net debt stood at £2.2trillion at the end of August, approximately 97.6 percent of GDP, the highest ratio since March 1963. 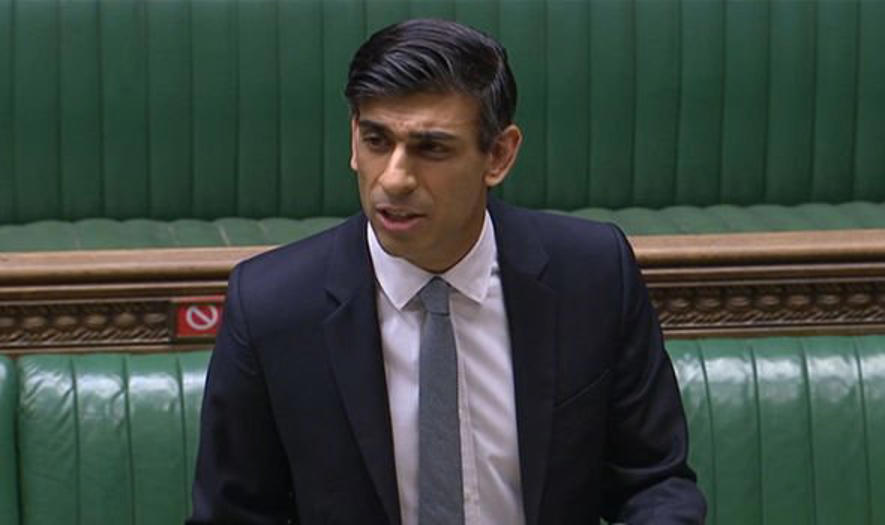 © PA Rishi Sunak will announce his Budget later this month

The Government has already launched a new £500million hardship fund for councils to help those Britons struggling with living costs.

It will help those who are vulnerable through schemes including the warm home discount and winter fuel payments.

However, critics have said more action is needed and the new fund is not enough. 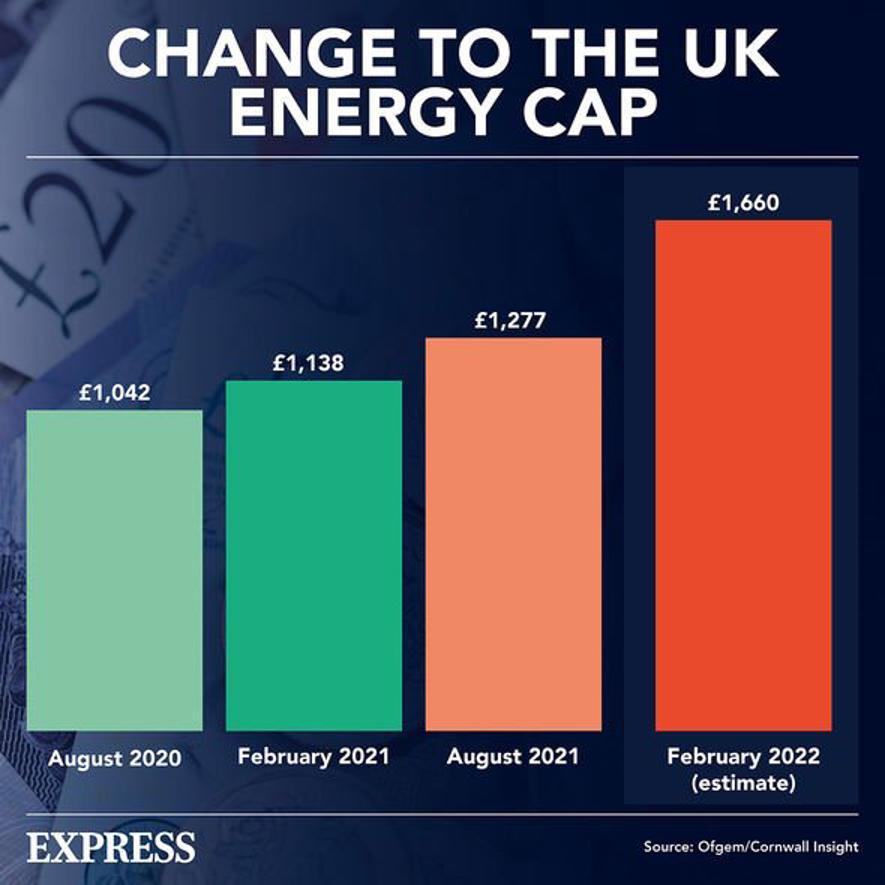 As well as looking at a VAT reduction for energy bills, another newspaper report said Mr Sunak is also looking at slashing taxes on alcohol.

Under plans being considered, levies could be reduced on wine and beer.

Campaigners have long argued for the beer tax to be cut, warning Britons pay the second-highest tax rate on beer in the whole of Europe.

The Treasury said it would not comment on tax speculation ahead of the Budget.

Where is Holly Willoughby's velvet dress from? ITV This Morning's star's outfit details

PS5 UK stock - live: PS Direct restock is available now – how to get a console

Christmas party advice from the Government was plunged into chaos on Thursday when a minister said his department would not be holding a big gathering and his parliamentary team was ... Read more »

They claim that some sellers may have declared their Capital Gains Tax (CGT) incorrectly and will be asking them to double check their tax. Accountancy company BDO said people who ... Read more »

‘Miss the sun!' Expats share the worst parts of life in ‘too expensive' London

The InterNations Expat City Ranking rated 57 cities around the globe using several major expat factors. The survey looked at quality of life, the cost of housing, how easy it ... Read more »

LIVE – Updated at 09:59 © POOL/AFP via Getty Images Hamilton Lewis Hamilton and Max Verstappen have battled it out all season and it all comes down to the final ... Read more »

Fewer touches than Emi: Villa lightweight who lost 50% of his duels let Gerrard down - opinion

© Provided by Football FanCast Matt Targett walking Aston Villa tasted their first Premier League defeat under Steven Gerrard as they slipped to a 2-1 loss at the hands of ... Read more »

The final whistle had just gone when Jack Grealish took aim from the edge of the centre circle. He lobbed his former team-mate Emi Martinez from 50 yards, finding the ... Read more »

Lionel Messi’s struggles in front of goal continued during Paris Saint-Germain’s 0-0 draw against Nice on Wednesday night. © GiveMeSport p1flt80hi5aqpfb1ur51cp015skt.jpg The 34-year-old, who showed off his record-breaking seventh Ballon ... Read more »

Aston Villa fans united during the 2-1 defeat to Manchester City on Wednesday night. All four sides of Villa Park came together for a spine-tingling rendition of ‘I’m Villa ’til ... Read more »

‘Get out of an abusive relationship': detective advises survivors of GBV

© Provided by Times Live This is as the country observes the 16 Days of Activism for No Violence Against Women & Children Campaign. “The first time you may be ... Read more »

Sotrovimab: New COVID drug which cuts risk of hospitalisation and death by 79% approved for use in UK in people aged 12 years and older

Xevundy, also known as sotrovimab, has been approved for anyone aged 12 and over, who weighs more than 40kg. It is authorised for use in people who have a mild or moderate COVID infection and who are at risk of developing severe illness Read more »

Science minister appears to contradict the NHS advice on how to obtain a booster jab for COVID. Read more »

© Provided by Independent Online (IOL) Crypto University is offering a free blockchain introductory course for beginners who are interested in crypto currencies (and quite honestly we should all get ... Read more »

COVID-19: 'Trigger' behind extremely rare AstraZeneca vaccine blood clots may have been discovered

Researchers in Cardiff and the US have laid out how a protein in the blood is attracted to a key part of the vaccine. Read more »

© Provided by Mercury Durban – KwaZulu-Natal Health MEC Nomagugu Simelane has welcomed the cancellation of this year’s Ballito Rage festival. She said no potential super-spreader event that could lead ... Read more »

Amid much hilarity on social media, one person says it is the "perfect visual representation of my life". Read more »

© Armend NIMANI Some Kosovars think the unfinished church in Pristina is a reminder of Kosovo’s bloody past At first glance, the half-built Orthodox church in the heart of Kosovo’s ... Read more »

© Provided by Independent Online (IOL) When it comes to Christmas dinner, it’s not always about the roast, sometimes it’s all the delectable sides coming together that really make the ... Read more »

© Provided by Refinery29 As a 36-year-old who was born with Down’s Syndrome, it was always hard for me to talk about how I felt while growing up in Melbourne. ... Read more »

© Provided by eNCA JOHANNESBURG – The Health Department will hold a Vooma Vaccination week from Friday until 10 December. It’s part of efforts to mitigate the impact of the ... Read more »

© Provided by SowetanLive Though December spending can be carefree and tempting, consumers are reminded to be mindful of debt as they might need to stretch their salaries until January. ... Read more »

How Ralf Rangnick fared against Klopp, Tuchel and Rodgers

© Provided by CapeTalk Most grade 12s finish writing their final exams this week City officials are bracing themselves for the post-matric exam celebrations at beaches and other public spaces ... Read more »

© @PlettRageOffici/Twitter A Plett Rage party well under way. CAPE TOWN – The Ballito Rage festival may have been cancelled after the detection of COVID-19 infections but the one in ... Read more »

Thomas Tuchel is a manager who leaves nothing to chance. Because of that, he knows good fortune when he sees it. On Wednesday evening, wrapped up in multiple layers of ... Read more »

Dubai How will the city look in the future?

© Provided by Khaleej Times The future… Remember , the UAE’s first post-apocalyptic science fiction short film, which was directed by S.A. Zaidi, produced by Ghanem Ghubash and released in ... Read more »

Lewis Hamilton has responded to repeated claims from Christian Horner that Mercedes have been boosted by using illegal rear wing parts on their cars this season, saying such comments are ... Read more »

© Getty Images George Michael died on Christmas Day in 2016 George Michael has continued to light up the neighbourhood of Highgate after his death. The musician – who rose ... Read more »

Abdoulaye Doucoure appear dejected with teammates Allan and Ben Godfrey after Liverpool’s fourth goal (Getty) Mohamed Salah was encircled by a haze of red smoke, the effect of celebrating his ... Read more »

© Motivate Publishing F1 Jeddah Corniche circuit Get up to speed with the inaugural Saudi Arabian Grand Prix happening from December 3 to 5… The first-ever race weekend is upon ... Read more »

Do You Need to Freeze Your Credit? Why (and Why Not) it Might Be a Good Idea

For Akhilesh Yadav, 'Topi' is Important, for BJP, It's 'Roti': Anurag Thakur at News18 Chaupal

'Seismic exploration rights granted in 2014, but now law has changed'