Emma Raducanu will become a Dame in the future after her US Open triumph, according to Boris Becker. The Brit recently made the headlines by winning a first Grand Slam of her career. And many are tipping her to have a bright future in tennis as a result.

Raducanu had challenged at Wimbledon before being forced out of the competition earlier in the year.

But the 18-year-old showed her outstanding mentality by making amends at the US Open, winning the competition without dropping a set.

Raducanu has become the toast of a nation in the time since, with the teenager now back in the country.

And Becker, speaking to Eurosport, has expressed a belief she’ll receive a Knighthood from the Queen in the future.

“What a supreme feeling: she got a personal letter from Queen Elizabeth,” he said.

“If that’s not a tribute, I don’t know what else there is to come.

THINK YOU KNOW SPORT? Test your sporting knowledge with our tricky quizLink 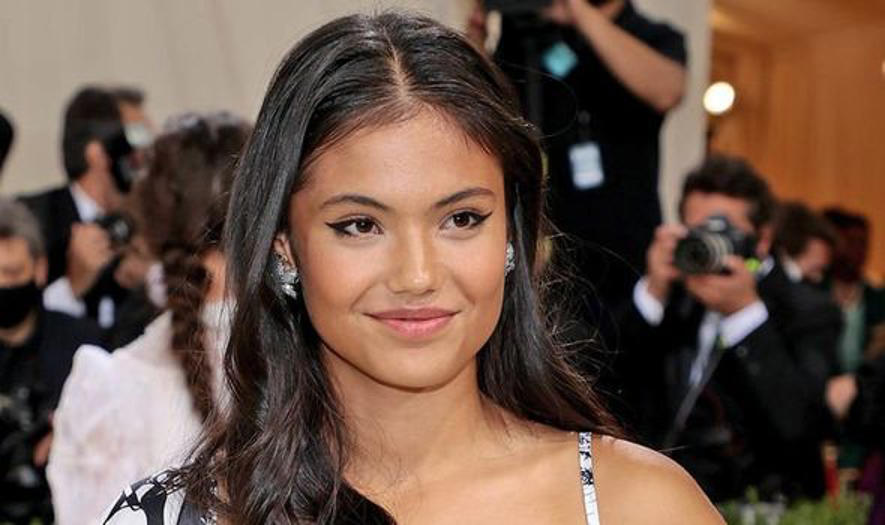 “Everyone here has noticed: we have a new superstar. But now it starts, now the dance starts.

“You have to follow up the performance, and the benchmark is impossibly high.

“A whole new journey through time has begun. I just hope that the environment around her continues to protect her, reassure her and not forget the priorities.

“She is so popular because she won a tennis match and nothing else. The speech after her victory was as if she had done it a hundred times before.

“A politician couldn’t express herself much better than this 18-year-old. She did everything right, but now the real work starts. 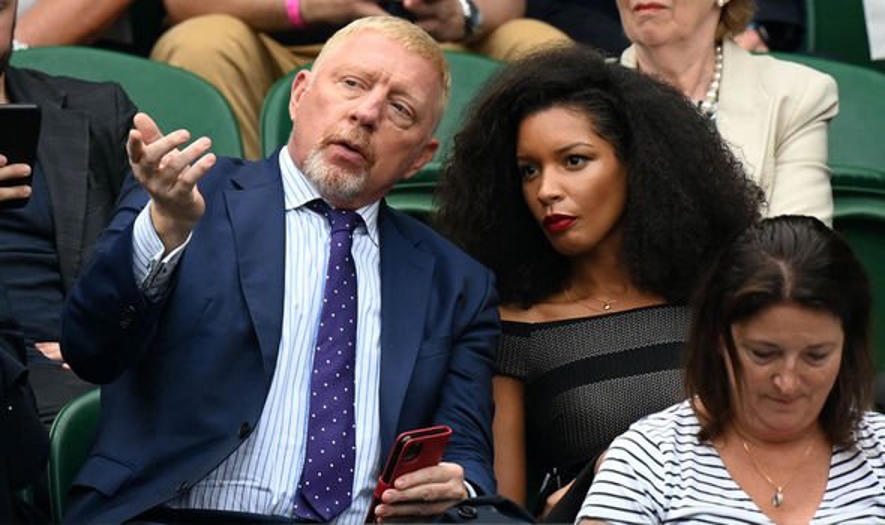 “It’s not always easy, and I speak from my own experience.

“You’re still growing up, you make mistakes, you trust the wrong friends and so on. That may also happen to her, but I hope she will be well protected.

Becker also feels tennis is now about to usher in a new generation.

“I think the generational change has happened. The younger generation has taken over now,” he said.

“We just talked about the queen, Serena Williams, for a very long time, because it was just her. 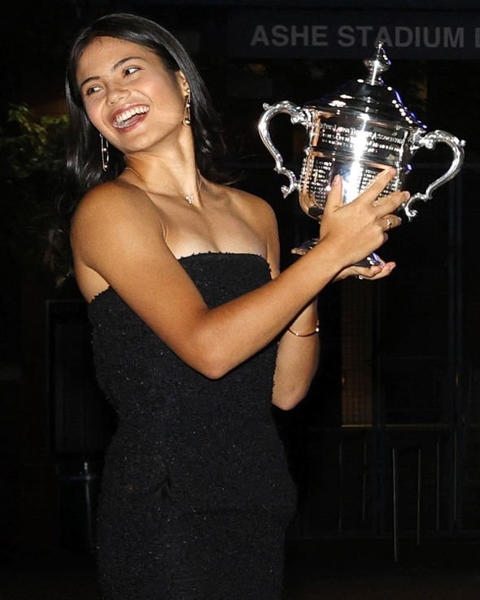 “Only Fernandez and Raducanu deserve to be the centre of attention now, and that will continue for the next few weeks. The young guns bring everything the tennis fan wants.

“People are talking about tennis again!

“If you want to be invited to the red carpet once in your life, it’s this Met Gala!

“Everyone that matters in film, music, radio and television wants to go there. And now there was a gathering of tennis players!

“That surprised me in a happy way, because I say tennis is back in vogue! It is presentable again.

“People like to be seen with young, successful tennis players again. That wasn’t the case for a while. We need this publicity. This is an unbelievably great development, and one that didn’t exist for years. 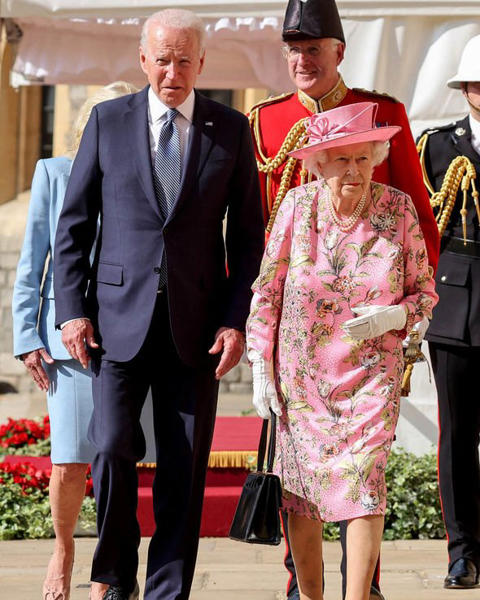 “For me, Raducanu and Fernandez are playing a different type of tennis: it’s a new, attacking form of tennis.

“The others can hardly keep up with that, because those two are getting better, and they’re going to fine-tune that.

“This, ‘I go into the rally and wait until the other one misses the ball’ – I think that’s over!

“They train differently, they are incredibly strong and have an incredible amount of power.

“They express that on the court as well. The established players have to get used to it, and in women’s tennis everyone has to prepare themselves: there’s a new way of playing here!”

‘Nastier than ever': have Covid lockdowns helped fuel online hate?

On this day in 2007: England drop Andrew Strauss for Sri Lanka Test tour

Will there be new faces in the Springbok squad?

What is the three-batter minimum in the MLB?

The family of Conservative MP Sir David Amess, including his widow Julia, read messages on floral tributes left outside Belfairs Methodist Church in Leigh-on-Sea, Essex, where he was stabbed to ... Read more »

It’s a bright and blustery October day, and I walk up the Chevin escarpment through an autumn soundscape: the dry, susurrous rustle of crisping oak leaves in the wind; the ... Read more »

Logo The Portland Trail Blazers on Tuesday announced that the team will be offering fresh and local content to Filipino fans come the new NBA season, which unfurls on Wednesday ... Read more »

Global stocks were mixed Monday as markets digested weak Chinese data and awaited key earnings amid worries over inflation and its impact on corporate profits. Bitcoin All three major US ... Read more »

Watch every Buffalo Bills wide receiver Stefon Diggs catch from 89-yard game during Week 6 of the NFL 2021 season. This game is streaming live on the Yahoo Sports mobile ... Read more »

The big idea: Is it your personality, or a disorder?

It takes around 30 seconds to diagnose Holden Caulfield. Sixty, maybe, if you look at more than one website. The unhappy protagonist of The Catcher in the Rye has post-traumatic ... Read more »

How to watch Atletico Madrid vs Liverpool in the 2021-22 Champions League from India?

Atletico Madrid are set to host Liverpool at the Estadio Wanda Metropolitano in Group B of the ongoing Champions League, on Tuesday. Jurgen Klopp’s men will look to continue with their ... Read more »

A gay Premier League footballer is in therapy over his fears that he will be “crucified” by fans if he were to come out publicly. The unnamed player looked for ... Read more »

© Provided by Daily Mail MailOnline logo Festive shoppers face less choice on everything from smart toothbrushes to TVs because of a shortage of microchips and the disrupted shipping network. ... Read more »

Watch: Britney Spears is 'fearful' of making mistakes in life post-conservatorship Britney Spears has confessed she is feeling intimidated by her new freedom and is scared of making a mistake. ... Read more »

Sept. 29 was a huge day for Britney Spears and her millions of fans as her father was suspended from the conservatorship. Read more »

Photograph: Joel Carrett/AAP A senior public servant within the New South Wales office of sport was left in the dark about why a $5.5m grant for a shooting complex in ... Read more »

Boris Johnson says Britain must not ‘pitchfork away' investment from China

Britain will not “pitchfork away” investment from China despite ongoing differences with Beijing over human rights and Hong Kong, Boris Johnson has said. © AP boris johnson Ahead of the ... Read more »

The Dodgers last week concluded one of the most thrilling five-game series in Major League Baseball history against their bitter rivals in a winner-take-all clash Thursday night in San Francisco, ... Read more »

Manchester United legend Peter Schmeichel has claimed manager Ole Gunnar Solskjaer has made a “really big mistake” with the way he has handled the goalkeeping situation at the club. Solskjaer ... Read more »

Gracie Spinks: Woman killed after making stalking complaint was 'let down' by police, her family say

Gracie's parents say they would not have let her travel to the stables where she died on her own had they known a bag containing knives, an axe, a hammer, and a note saying "Don't Lie" was found near by. Gracie had previously reported a former supervisor for stalking. Read more »

How to watch Shakhtar Donetsk vs Real Madrid in the 2021-22 Champions League from India?

Real Madrid will face Shakhtar Donetsk in Tuesday’s Group D Champions League clash in Ukraine.  Carlo Ancelotti’s men are coming into the tie on the back of a humiliating home defeat to ... Read more »

Soccer-Arsenal did not show composure in Palace draw, says Arteta

The original home of the America’s Cup has decided not to enter the 37th edition of the event. The New York Yacht Club, which backed American Magic in the 36th ... Read more »

Japan puzzled over the cause of sudden drop in coronavirus cases

NBA opening night has arrived, with a number of the Bronze medal winning Boomers set to start their campaign. Legendary coach Brian Goorjian caught up with NBA Australia to discuss ... Read more »

Barcelona may have signed up one of their young stars – Pedri – to a new long -term contract without a hitch along with a mega €1 billion release clause, ... Read more »

Robby Anderson upset at himself for not doing more

© Provided by NBC Sports Robby Anderson leads the NFL in passes not caught with 25, according to STATS Inc. He has caught only 15 of 40 targets. STATS lists ... Read more »

Watch: Julio Jones makes one of the greatest catches ever

New Tennessee Titans wide receiver Julio Jones had missed two of the first five games of the season due to injury. The future Hall of Famer was in the starting ... Read more »

This busker was singing one of John Legend's hits. Little did she know that he was in the audience

Brand of gin sold at Dan Murphy's around Australia is recalled

NFL world reacts to Titans' thrilling win over the Bills

Jurgen Klopp fume, Sadio Mane anger and the lap of honour Liverpool will not forget

Sean McDermott, Bills played to win the game and came up short