Emma Raducanu has opened up on her experience adjusting to life on the pro tour after winning one of the biggest titles in tennis. Last month, the 18-year-old became the first qualifier in history to win a Grand Slam when she captured the US Open, during what was just her fourth pro event. She is currently competing in the Transylvania Open, where she recorded her first-ever WTA Tour match win, and played the first and only three-set match of her pro career so far.

Raducanu completed the seemingly-impossible when she came through three qualifying rounds and seven main-draw matches without dropping a set to become the US Open champion.

The Bromley local hadn’t won a match on the WTA Tour when she lifted the trophy in Flushing Meadows, but had already tasted some success at Grand Slam level months earlier at Wimbledon, when she made it to the second week as a wildcard while ranked No 338 in the world.

Now sitting at world No 23, Raducanu is still achieving career-firsts as she competes in the Transylvania Open.

The 18-year-old recorded her first WTA Tour win, and played her first-ever three-set match at pro level, with her opening win over Polona Hercog.

JUST IN: Novak Djokovic tipped to reach Federer and Nadal level of status 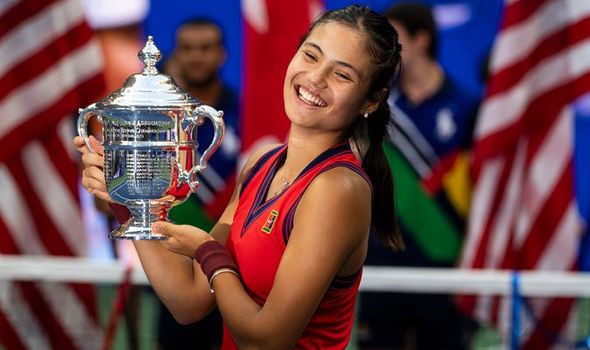 Raducanu then made it back-to-back wins on the tour as she overcame home hope Ana Bogdan 6-3 6-4 to book her spot in the quarter-final.

After the match, Raducanu opened up on how she was adjusting to life at the top of the game, and doing things in ‘reverse’ by winning a Grand Slam before recording a victory on the tour.

“Yeah I think that it’s definitely taking me some time to find my feet still so I’m just taking some learnings from every match that I play,” she said, following her win over the world No 106.

“I don’t think I’m the finished product yet, I’m still just learning from every match, taking my experience and loving my time here in this tournament so far.”

The world No 23 also opened up on the moment she started to believe she could win the US Open, touching on her dominant 6-0 6-1 victory over then-world No 41 Sara Sorribes Tormo in the third round.

Speaking about her convincing win over the Spaniard, Raducanu said: “Yeah I think that was one of the best matches I’ve played.

“I mean I thought I was striking the ball very well against such a top opponent who makes it very difficult.”

Reflecting on her historic victory at the US Open, the British teenage sensation also admitted she started to wonder why she couldn’t be the player going deep and advancing through the rounds, giving her the push to make it all the way to the title. 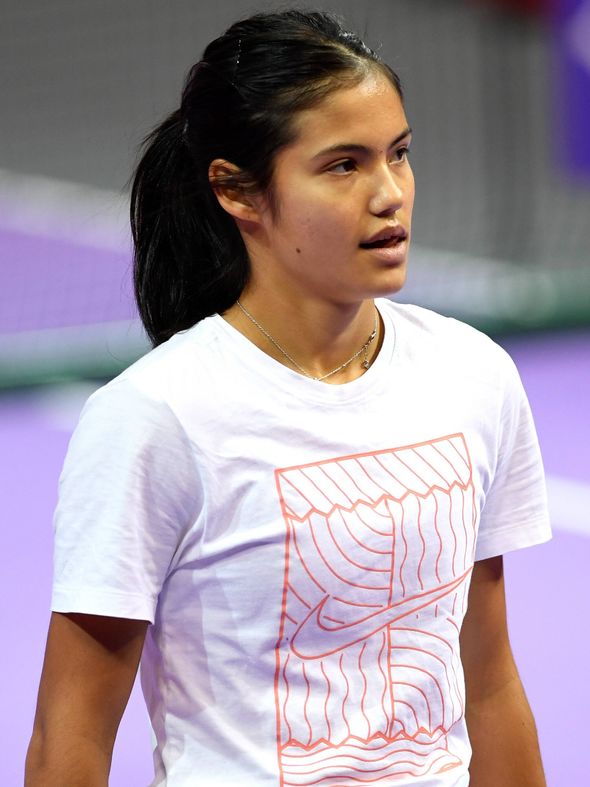 “I think that I was honestly so focused on the match ahead and it was one of those where you’re like ‘I can actually do this’ because every time I was like, ‘someone has to be in the next round and why not me?’

“I was playing great tennis, I had 20 matches or so under my belt so I was just riding the momentum and everything felt so automatic almost and I was having so much fun on Ashe as well and it was just a whirlwind of an experience.”

Video: Emma Raducanu plays her first match back in Britain since her shock US Open triumph as the 19-year-old sensation delights a sell-out crowd at the Royal Albert Hall

You will flip watching how Rhode Island HS scores touchdown

COVID-19: Three weeks to assess new Omicron variant - but by then it might be too late

Canadian actor Elliot Page has amused fans by sharing a topless selfie on his social media and joking that he was in fact testing a “new phone”. © Elliot Page/Instagram ... Read more »

Forecasters have warned the “coldest night of the season” is set to hit parts of the UK, with temperatures dropping to as low as minus 10C (14F). © PA Wire ... Read more »

Thomas Tuchel was shown a yellow card as Chelsea drew 1-1 with Manchester United on Sunday – and it was little surprise why the Blues boss was left irate. Tuchel ... Read more »

Marie Buchan, from Selly Oak, Birmingham, is known as 'Britain's welfare queen'Ms Buchan, 39, fears she will never find work due to the nickname 'octomum'In January, she became extremely ill with coronavirus and was hospitalised Read more »

KHARTOUM (Reuters) -Six Sudanese soldiers were killed on Saturday in an attack by Ethiopian forces on a Sudanese army post near the border between the countries, Sudanese military sources said. ... Read more »

This content is not available due to your privacy preferences.Update your settings here to see it. Report: 49ers still plan to start Lance, trade Jimmy G in 2022 originally appeared ... Read more »

Virgil Abloh death: Pharrell and AJ Tracey among those to pay tribute to ‘genius' Off-White creator and artistic director

© Provided by Hello! craig revel horwood rietta Craig Revel Horwood has revealed his tips for who will get to this year’s Strictly Come Dancing final, as well as his ... Read more »

Pep Guardiola is set to be without several of his key players when Manchester City come to Aston Villa on Wednesday (8.15pm). Jack Grealish and Phil Foden missed City’s home ... Read more »

Journalist Luke Hatfield reckons that Harry Souttar to Wolves is a deal that he could see happening. © GiveMeSport p1fle9u8om1dnv1jbg1g0u1rjhgbvb.jpg Bruno Lage’s side have been interested in the Australian defender ... Read more »

Jorginho must learn to cope with life under superstar spotlight

© Provided by 90min Jorginho scored a goal and gave away one in Chelsea’s draw with Man Utd | Clive Rose/GettyImages Jorginho’s performance in Chelsea‘s 1-1 draw with Manchester United ... Read more »

© Getty Images carrick Manchester United caretaker boss Michael Carrick insisted there is no truth in the idea that incoming coach Ralf Rangnick picked his side for Sunday’s 1-1 draw ... Read more »

Journalist doubts 24 y/o in Crystal Palace's long-term plans, says exit could be on the cards

"Would he be a bad signing for that sort of money?" - Journalist reacts to Everton transfer link

Everton could do a lot worse than signing Arsenal’s Calum Chambers for £5m, according to journalist Paul Brown.  © GiveMeSport Everton manager Rafa Benitez on the touchline at Goodison Park ... Read more »

© Provided by 90min Rangnick is set to join United | RONNY HARTMANN/GettyImages Eric Bailly has revealed that the Manchester United squad has been informed of the imminent arrival of ... Read more »

LISBON (Reuters) – Portugal’s soccer league said on Sunday it would start a disciplinary process to investigate if this weekend’s match between Benfica and Belenenses SAD – a team hit ... Read more »

There were bizarre scenes in the Eliteserien on Sunday afternoon as two Viking players fought each other at the end of their game against Kristiansund. © GiveMeSport Brekalo clashed with ... Read more »

'Frank had a passion for racing. There was nothing else he was really interested in doing', said the former Formula 1 world champion. Read more »

Soccer-Atletico up to second with win in Cadiz

Four-year-old Mohammed Yadgar arrived at the Grande-Synthe camp, Dunkirk, with his family last week. They are living on a disused railway line – Jamie Lorriman Britain must take responsibility for ... Read more »

The European Christmas Market will be opening soon in St. Paul. Read more »

Video: Some might say... there are worse places to be! Pub-goers get set for THIRD night in Yorkshire boozer after getting snowed-in watching Oasis tribute band - as mercury plunges to -1C in wake of Storm Arwen

Video: Elderly woman, 92, suffers 'serious leg injuries' after a BMW crashes into her FRONT ROOM - as driver, 39, is treated for head injury and arrested

Vita Vea is all smiles after losing tooth in collision vs. Colts