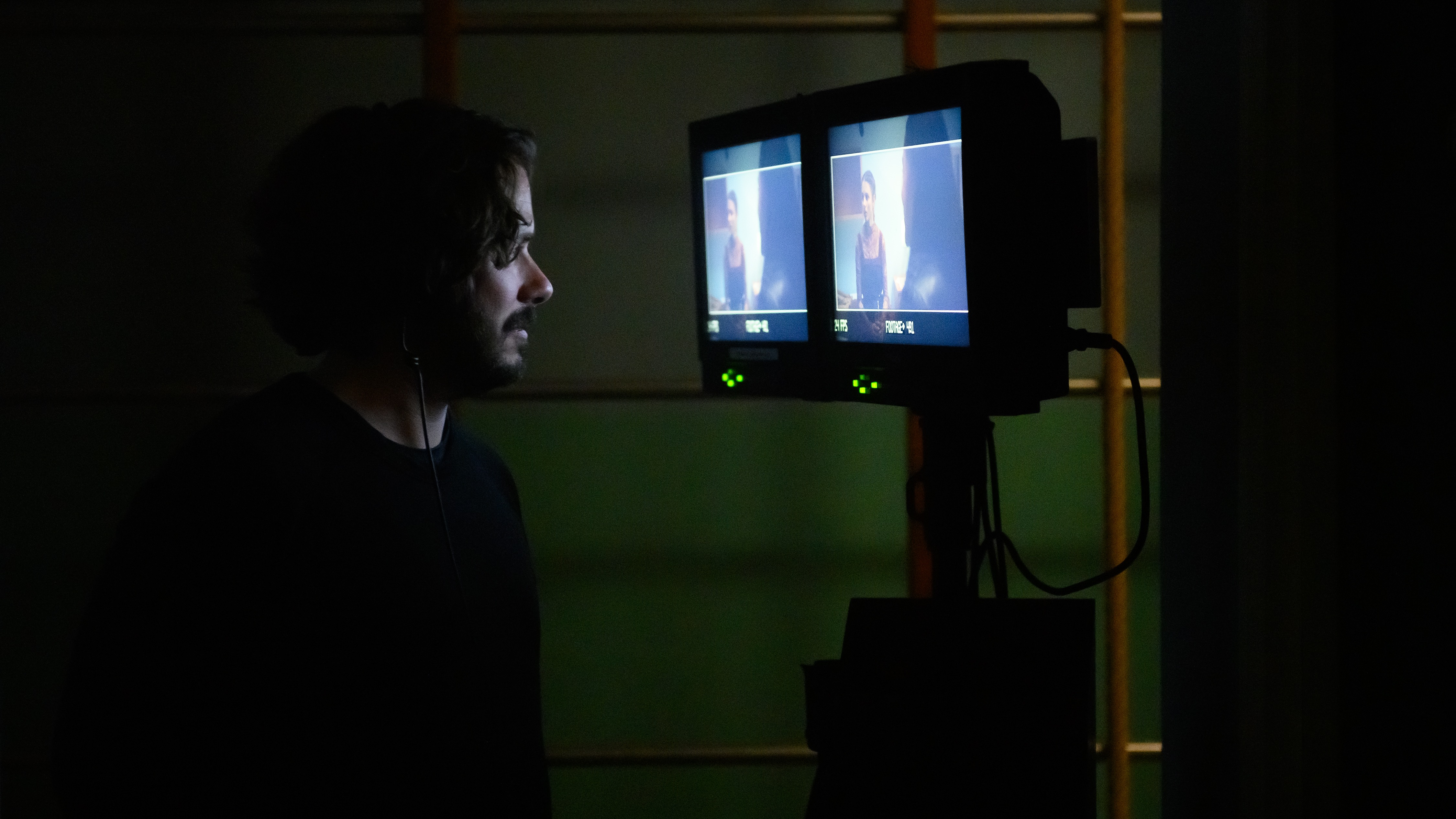 Edgar Wright says that he believes directors have a “duty” to make original films if they are in a position to do so.

Speaking to TechRadar ahead of the release of his latest movie, Last Night in Soho, the Baby Driver filmmaker said: “I feel like it’s my duty – a director’s duty – to make an original film if you’ve got the opportunity to do so.”

“There are a lot of rehashes and reboots [out there],” Wright added, “and I watch a lot of them, but there’s a point where I kind of think, ‘am I going to just repeat my childhood for the rest of my life? I don’t need to see 10 versions of this.’”

While Wright’s comments make no bold claims toward any particular movies – he admits that he watches, and presumably enjoys, “a lot” of these “rehashes and reboots” – they come at a time when Hollywood studios appear particularly risk-averse.

In our interview with the director, Wright didn’t elaborate on this less-than-optimal state of cinematic affairs – you can make your mind up about his newest effort this weekend, which releases on October 29.

Below, though, we’ll dig into our own interpretation of the director’s point about the current state of the movie industry.

Analysis: Does Wright have a point?

Global pandemic notwithstanding, the last few years have, broadly speaking, seen studios demonstrate a rather overt preference for squeezing every last drop of profit from existing intellectual properties over commissioning brand new ideas from a variety of filmmakers.

The logic fits, too. If these studios own the rights to a bankable comic or novel series, for instance, it makes sense that they would do their utmost to cash in on the popularity of these properties by making and remaking as many movies and TV shows based on them as they possibly can.

Admittedly, many of these movies have been worth a watch – Joker, for example, proved a refreshing take on a character we’ve seen portrayed on screen many times over – but the next few years will see plenty more well-trodden narratives “rehash[ed] and reboot[ed],” and it’d be a safe bet to assume that most will do little to reinvent their respective franchises. 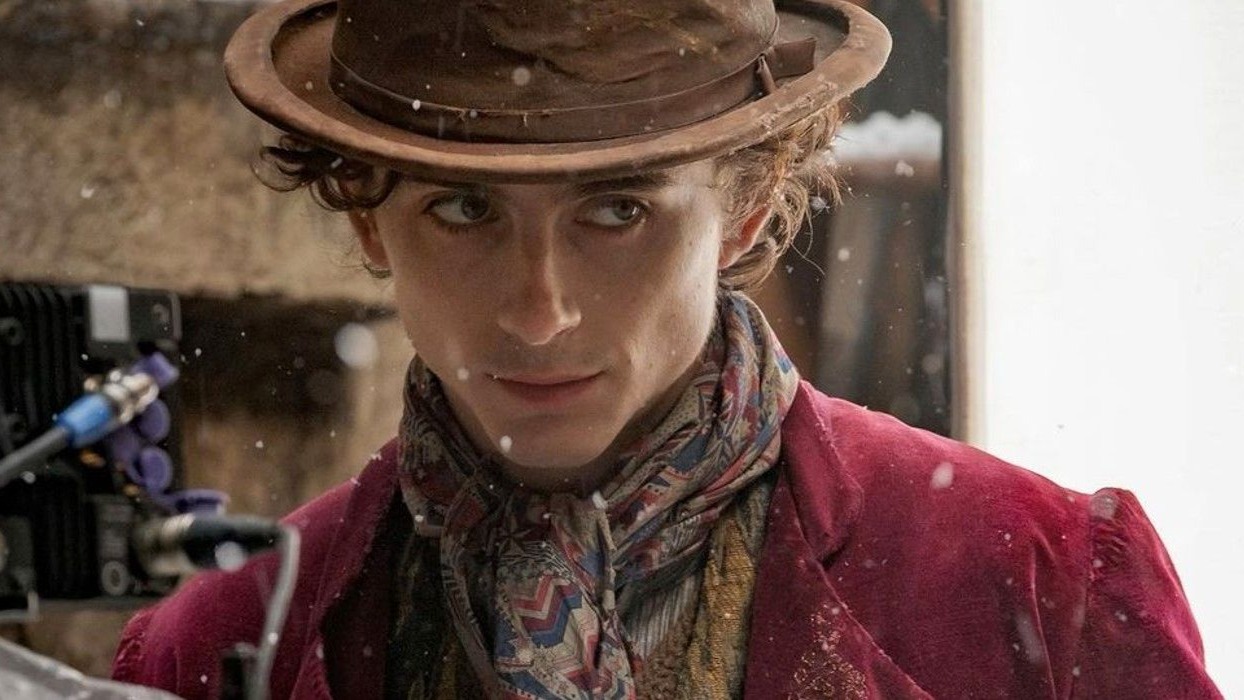 But perhaps, as a counterpoint, these nostalgic whims don’t exist until we’re encouraged to manifest them by the unexpected announcements of said projects. Before it was revealed that Timothée Chalamet would be playing a young Willy Wonka in, erm, Wonka, who was actually crying out for an origin story about the fictional chocolatier?

Instead, then, maybe audiences flock to these reboots because there are so few alternatives to engage their interest elsewhere.

Gaming, too, has a tendency to retread safe paths. Look no further than the recently announced Grand Theft Auto: The Trilogy – The Definitive Edition; a title which tells you all you need to know about developers’ willingness (nay, desire) to rework old successes.

Sure, it might be an unfair assessment to compare two industries so generally in that way – we know that a brand new Grand Theft Auto game takes more years to develop than a studio movie, for example – but the sentiment remains the same.

We’re sure that Wright’s off-the-cuff comment wasn’t meant as quite the same industry-spanning indictment as all of the above, but maybe culture really is stuck.

These Wireless Chargers Can Upgrade Your Decor

Why can't we just put a space station on the Moon already?

Over the past five years, the number of software-as-a-service (SaaS) firms have doubled in India and the SaaS firms in the country are poised to reach $30 billion in revenue ... Read more »

There were sighs of relief across the cybersecurity industry when the Emotet banking Trojans were officially taken down in January. Having affected over 47,000 computers and been responsible for at ... Read more »

Despite Cyber Monday being behind us, Amazon still has some incredible deals available, like this $200 discount on the Garmin Fenix 6X Pro, which is at its lowest price ever. ... Read more »

Instagram will now suggest users take a break from the platform if they spend too long scrolling, the social media giant has said. The move is part of new tools ... Read more »

Are you looking to buy a Hisense TV in 2021? The electronics manufacturer unveiled its 2021 TV range earlier this year and added a number of UK-only TVs to its ... Read more »

The Nintendo Switch eShop has introduced a new way of browsing for games – by listing those with the highest average play time first – and I’m all for it. ... Read more »

Tencent Holdings, the world’s largest video gaming company by revenue, will open its next game development studio in Singapore, which has emerged as a regional hub for game development after ... Read more »

Japan’s NEC Corp could spend up to 500 billion yen ($4.4 billion) over the next five years on acquisitions in order to bolster its technology offerings, including 5G mobile broadband, ... Read more »

Rohingya refugees from Myanmar are suing Meta Platforms Inc, formerly known as Facebook, for $150 billion over allegations that the social media company did not take action against anti-Rohingya hate ... Read more »

Nasa graphic reveals how plastic moves through oceans around the world A recent animation released by Nasa researchers shows how the plastic that is dumped into oceans moves around the ... Read more »

Research firm International Data Corporation (IDC) has released wearables market report for the third quarter of the year 2021 (Q3-2021). The report has both good and bad news for Cupertino ... Read more »

The European Commission’s Competition department is investigating Microsoft’s acquisition of Nuance Communications. According to Reuters, the EU’s antitrust watchdog recently distributed a questionnaire to Microsoft’s customers and competitors in which ... Read more »

Storm Barra is barrelling across Ireland and into the UK this morning, bringing strong winds, heavy rain and snow, with the Met Office warning of a small chance of a ... Read more »

While the feature was introduced earlier this year, WhatsApp has now expanded disappearing messages by allowing you to switch it on by default for all chats, alongside more changes. The ... Read more »

The Asus Zephyrus G14 is just $1,249.99 in today’s gaming laptop deals from Best Buy. That’s a whopping $300 off full-price and an absolute bargain if you’ve been looking for ... Read more »

A commuter in a face mask at Stratford station in London on Monday. (PA) Omicron cases in the UK will double every two days, a COVID-19 expert has warned. Professor ... Read more »

Harriet Harman to stand down after almost 40 years as an MP – John Nguyen for The Telegraph Labour MP Harriet Harman has announced she will not run for her ... Read more »

Seahenge (Wendy George) A mysterious 4,000-year-old timber circle dubbed Seahenge is going on show at the British Museum. The ancient monument, which was only uncovered 23 years ago when it ... Read more »

NEW DELHI: Samsung is all set to expand its flagship Android tablet lineup. The company is expected to launch the Samsung Galaxy Tab S8 Ultra, Galaxy Tab S8+ and the ... Read more »

The chip shortage is far from over according to Samsung

Samsung estimates that the chip shortage will last until the second half of 2022, offering another possible timeline to when we can expect production levels of tech and gadgets to ... Read more »

With the Pixel 6 range, Google showcased a bold new design for its handsets, but it looks like you won’t have to spend a fortune to get a phone with ... Read more »

Microsoft is adding a simple yet important feature to its Xbox app for Windows that will allow PC owners to know where the game that they are planning to install ... Read more »

Halo Infinite’s campaign missions aren’t replayable, but the issue is being ‘worked on’ according to developer 343 Industries. Halo Infinite has plenty of collectibles to vacuum up but the inability ... Read more »

Sony has suspended orders for one its latest mirrorless cameras, in a move that shows how big a problem the global chip shortage continues to be for tech companies. The ... Read more »

People are more able to fend off <a href="/tag/coronavirus-variants“>coronavirus variants if they have had Covid previously plus a vaccine, new research suggests. US experts analysed data on people who had ... Read more »

An astrophotographer has taken an astonishingly detailed photo of the Sun using 150,000 images of the flaming ball of gas. Andrew McCarthy layered hundreds of thousands of images “with extreme ... Read more »

Noise-cancelling headphones can be pricey, but these excellent deals at Amazon prove you don’t have to break the bank in your quest to find a little peace and quiet while ... Read more »

Microsoft has seized dozens of domains that it alleges were used by Chinese cybercriminals. After getting a court warrant, Microsoft took down 42 domains used by APT15, also known as ... Read more »

Facebook has announced that it is launching Pac-Man community on the platform. With the addition, users can play the Pac-Man game solo or through co-op multiplayer in groups of up ... Read more »

Grimsvotn last erupted in May 2011, spraying volcanic plumes 12km (seven miles) into the skies and leading to 900 flights being cancelled. The year before, Iceland's Eyjafjallajokull volcano caused even more travel chaos across Europe. Read more »

You’ve installed a top-notch VPN, and make sure you use it every time you go online. So your online privacy is well and truly protected. Right? Well, maybe not. A ... Read more »

Why Shell pulled out of the Cambo oilfield

What is the Cameo app? Prices, how to use and more explained