Eddie Howe is sure that the ‘huge ambition’ of Newcastle United’s Saudi Arabian owners will become reality after meeting chairman Yasir Al-Rumayyan and members of the Public Investment Fund in Jeddah.

Little has been heard from the Saudi contingent – who own an 80-per-cent stake – since completion of the takeover in October.

But Al-Rumayyan has this week addressed Howe, co-owner Amanda Staveley and the squad during a social occasion as part of their training camp in the country. 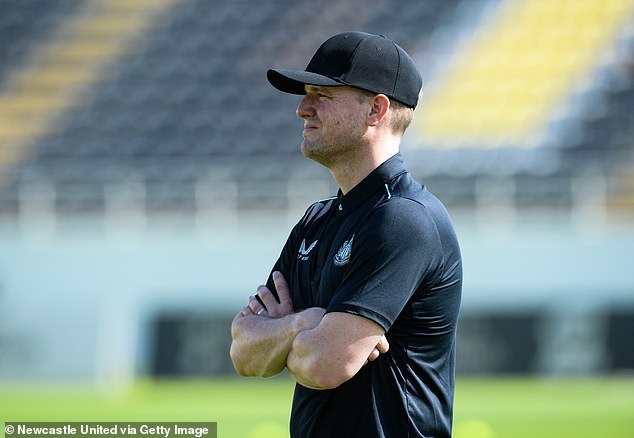 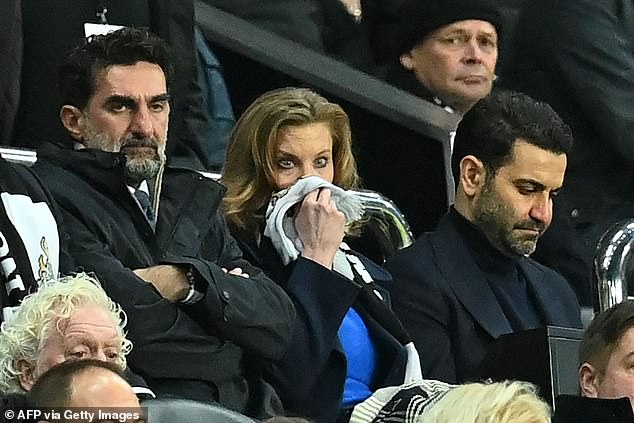 ‘There is huge ambition at the club,’ said Howe, whose January spending is set to top £70million with the arrival of Brazil midfielder Bruno Guimaraes from Lyon.

‘Through time, those (ambitions) will become reality, I’m sure – in terms of everything that is in the eyes and minds of the people around the club.

‘But the reality now is to get the best out of the team in the short-term, the long-term will take care of itself. I have to be careful that my mindset is day-to-day, minute-to-minute.’

Howe, speaking to the media from their Jeddah hotel, was referring to the fact his team remains one point from safety having won just twice all season. 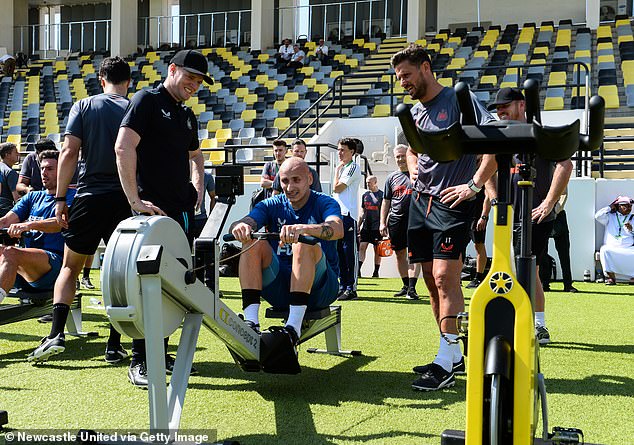 The head coach was always confident that the controversial decision to visit the Gulf state for the first time as a group would not distract from the physical and bonding benefits of the trip.

But the meeting with Al-Rumayyan and PIF feels like a significant milestone in the future of the club.

‘I have met with the chairman and it was a great experience to hear his thoughts on the club, his vision and how the future looks,’ said Howe. 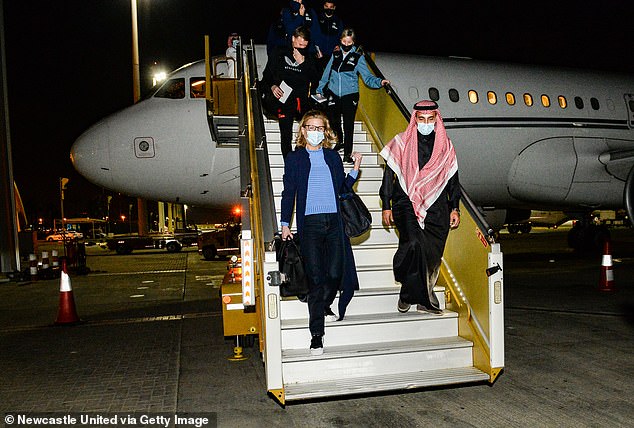 ‘A lot of people from PIF have been here and it’s been a very good experience to bring everyone closer together. We were all very impressed with what was said and how it was said. I’m sure the players left very enthused and ready to work.

‘It (talk to players) was more a motivational and inspirational talk based on the shorter term, the collective team spirt and aims that we have between now and the end of the season. It was just a nice way for us all to spend a bit of time together and get to know each other better.’

Howe was again pressed on the criticism surrounding the visit amid concerns over the country’s human-rights record, but said: ‘I am doing things from a football perspective. I’m trying to improve the team, to stimulate them mentally in a different environment. I want them to forge the new friendships that we will need in our battle to stay in the league.’

The boss has spent much of this week following training locked in his hotel room working on transfers. 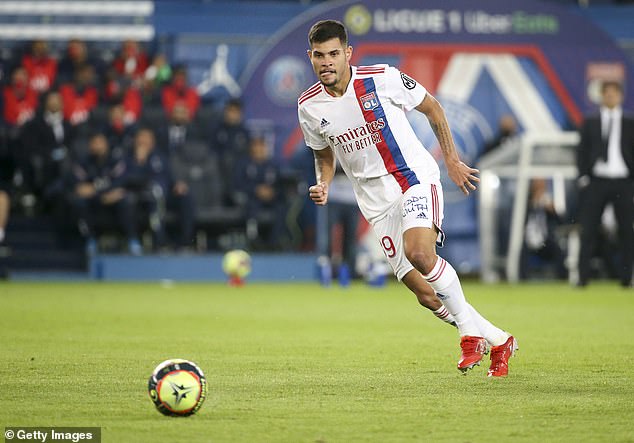 The £33m deal for Guimaraes could surpass £40m with add-ons and, while Howe still wants to bring in Brighton centre-back Dan Burn and interest remains in Manchester United’s Jesse Lingard, he has witnessed how difficult this month has been.

‘From my perspective, I don’t imagine that (Guimaraes) will be the end,’ he said. ‘Whether that turns to reality, who knows. It can be unpredictable. But we’re hoping and working hard to improve the squad.

‘The frustration is more with the window, not the people behind the scenes. I see how hard they are working.

‘But I am looking forward to Tuesday (day after deadline). I like to coach. It will be nice to know that this is the group we have – and I would back us to get the job (survival) done.’