© Provided by Free Malaysia Today Political coalitions in Melaka are facing internal rifts as they go into the state election, which is seen as the testing ground before GE15.

PETALING JAYA: Almost all parties going into the state polls are trapped in internal conflicts and face possible sabotage.

Former academician Azmi Hassan said the coalitions and parties entering the state election would have to take decisions that would affect the results and cooperation between them.

He noted that DAP secretary-general Lim Guan Eng had expressed unhappiness over the possibility that one of the four assemblymen who pulled the plug on chief minister Sulaiman Md Ali’s administration, triggering the snap polls, would stand under a Pakatan Harapan ticket.

This is said to have come about after PKR leader Anwar Ibrahim met the four assemblymen. 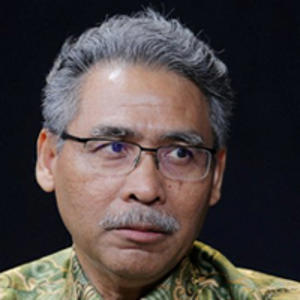 Lim said his party did not want former DAP member Norhizam Hassan Baktee to contest under the PH banner because he was among the assemblymen who had caused the collapse of the PH state government back in 2020.

However, Azmi said: “If PH does not accept Norhizam, it cannot accept the other three as they come in a package.

“If PKR accepts Norhizam, there will be a backlash from the DAP grassroots. If PH does not accept the other three, PKR members will be extremely unhappy.”

Besides Norhizam, the other three are former Umno duo Idris Haron and Nor Azman Hassan and ex-Bersatu man Noor Effandi Ahmad.

Azmi said: “Whatever decision they take, it is likely to turn ugly at the grassroots level.”

As for Umno and PAS, he said it would be difficult for them to work together at state level unless one party swallowed its pride.

He said Umno would likely keep winnable seats and give the scraps to PAS.

“This could trigger a backlash from dissatisfied PAS members. If Umno gives winnable seats to PAS, Umno grassroots will retaliate,” Azmi said.

Seat negotiations between PAS and Umno will be made even more difficult because PAS also wants to work with Bersatu.

Azizuddin Sani of Universiti Utara Malaysia said PKR had a chance of winning in mixed seats if PKR and DAP worked together.

“However, party leaders need to please their grassroots by making the right choices,” he told FMT.

As for Umno, he said the party had to beware of internal sabotage from division and branch leaders.

“If Umno works with PAS and gives seats to the Islamist party at the expense of local Umno leaders, the grassroots will retaliate.”

Umno itself, he said, was divided.

“It’s usually Umno’s style to cooperate but this time it is different as local division leaders want to be candidates,” he added.

Both analysts said this was about the worst time for political parties to go into an election as most of them were unprepared.

“It is not going to be easy to resolve their differences as it is not only at the federal level but also at state, division and branch levels,” said Azmi.

“For political parties though, Melaka has become the testing ground for the general election. To survive, the daggers have to come out,” said Azizuddin.

Boebert's home paper apologises for her and calls her an embarrassment

'Jeopardy!' winner will be 1st trans contestant in Tournament of Champions

Amy Schneider has put her name in the gameshow record books — in more than one way. Read more »

© Provided by Hindustan Times State on Wednesday clarified that its rules related to RT-PCR test and quarantine is for international flyers only (HT FILE) Mumbai The Maharashtra government on ... Read more »

LIVE – Updated at 18:08 © AFP via Getty Images GettyImages-1236391489.jpg Follow all the action as Watford welcome leaders Chelsea in the Premier League this evening. With Manchester City and ... Read more »

Liverpool defender Virgil van Dijk has been awarded his first in-form player item since FUT 20, after being included in the FUT 22 TOTW 11. The defender has been named ... Read more »

Get the sewing pattern for Prima's perfect party dress

Looking for a new dress for the party season? Why not have a go at making your own outfit thanks to Prima’s December pattern. © Prima Get your glitz on ... Read more »

© Provided by Football FanCast Spurs defender Joe Rodon in action against NS Mura in the Europa Conference League Antonio Conte could make one of his first major mistakes at ... Read more »

© Provided by Daily Mail MailOnline logo Lily Cole has revealed the black dress she wore to this year’s British Fashion Awards is one she kept for nine years. The ... Read more »

How is Charlie Mulgrew faring right now since his Blackburn Rovers exit?

Voluntary work is vital to maintain the fabric of society

Photograph: Carolyn Kaster/AP Robert Nisbet’s ideas, as put forth in his 1953 book The Quest for Community, are still relevant today, writes Peter Waterman I shall not be taking the ... Read more »

Dec. 1—The second day of trial began Wednesday morning in the case of a Rochester man charged with aiding and abetting the murder of a 28-year-old man in March 2019. ... Read more »

WHO experts expect details of Omicron transmission ‘within days'

More will be known about the transmissibility of the Omicron variant “within days”, global health leaders said. Dr Maria Van Kerkhove, Covid-19 technical lead at the World Health Organisation (WHO), ... Read more »

Dec. 1—A thief broke into a restaurant on South Broadway and walked out with about $800 in cash. Rochester police Capt. Casey Moilanen said someone broke glass on the back ... Read more »

© Provided by dw.com The three suspects are alleged to have aided drug smugglers Three Berlin officials, including a police officer, are under investigation for assisting an international cocaine smuggling ... Read more »

A man posing as an experienced stock trader is accused of pocketing nearly a quarter million of an investor’s money for his personal use and making “poor” investment decisions with ... Read more »

Who is Frankie Bridge? The Saturdays singer starring on I'm a Celebrity

Frankie Bridge is one of the contestants competing on the latest series of I’m a Celebrity… Get Me Out of Here! The 32-year-old singer-songwriter, born Francesca Sandford, is best known ... Read more »

© Phill Magakoe South Africa has until now relied on incentives rather than coercion to get people vaccinated The discovery of the Omicron variant of Covid-19 has pushed debate over ... Read more »

WHO: Travel bans will not prevent the spread of the omicron variant

The World Health Organization (WHO) believes that general travel bans aimed at preventing the spread of the omicron variant of the coronavirus will not be effective. Several countries have introduced ... Read more »

© Provided by 702 © aoosthuizen/123rf.com A legal challenge to stop Shell from starting its planned seismic survey off the Wild Coast began in the Makhanda High Court on Wednesday. ... Read more »

Send in the Murlocs is this week's Hearthstone Tavern Brawl

© Provided by Dot Esports In Hearthstone, there’s one universal constant: When you see a Murloc, expect to see more of them. That will certainly be the case in this ... Read more »

© Provided by GamePur Stardew Valley has been a smash-hit since its 2016 launch, and its popularity has led to plenty of mods for the cutesy farming game. Now, it’s ... Read more »

Arcane's Silco coming to TFT set 6.5, but is he coming to LoL?

Silco is officially becoming a part of the League of Legends game universe with Teamfight Tactics: Gizmos and Gadgets’ mid-set update, but how big will his role be, and could ... Read more »

All high-profile streamers to leave Twitch for YouTube Gaming

© Provided by Dot Esports The streaming wars are in full effect. Both Twitch and YouTube are vying for the exclusive broadcasting rights of various popular content creators, some of ... Read more »

© Provided by GamePur In the December 2 update for Battlefield 2042, developer DICE will continue rolling out the numerous bug fixes, feature additions, and balance tweaks promised after the ... Read more »

© Provided by Mothership Follow us on Telegram for the latest updates: https://t.me/mothershipsg The Korean adaptation of famous Netflix series “Money Heist” will be coming out in 2022. Actor Park ... Read more »

The treadmill may not be your favorite piece of exercise equipment, but you might be swayed after hearing about its effectiveness. If you know how to use it, the machine ... Read more »

While we were eating Thanksgiving leftovers and shopping sales on Black Friday, astronauts on the International Space Station had a special taco night to celebrate their second successful chile pepper ... Read more »

My wardrobe's full of designer goodies from charity shops – I got a £5 Chloe dress and a £6.99 Versace frock

El Salvador's Bukele must change course before it's too late

WHO nations launch steps toward deal to fight pandemics