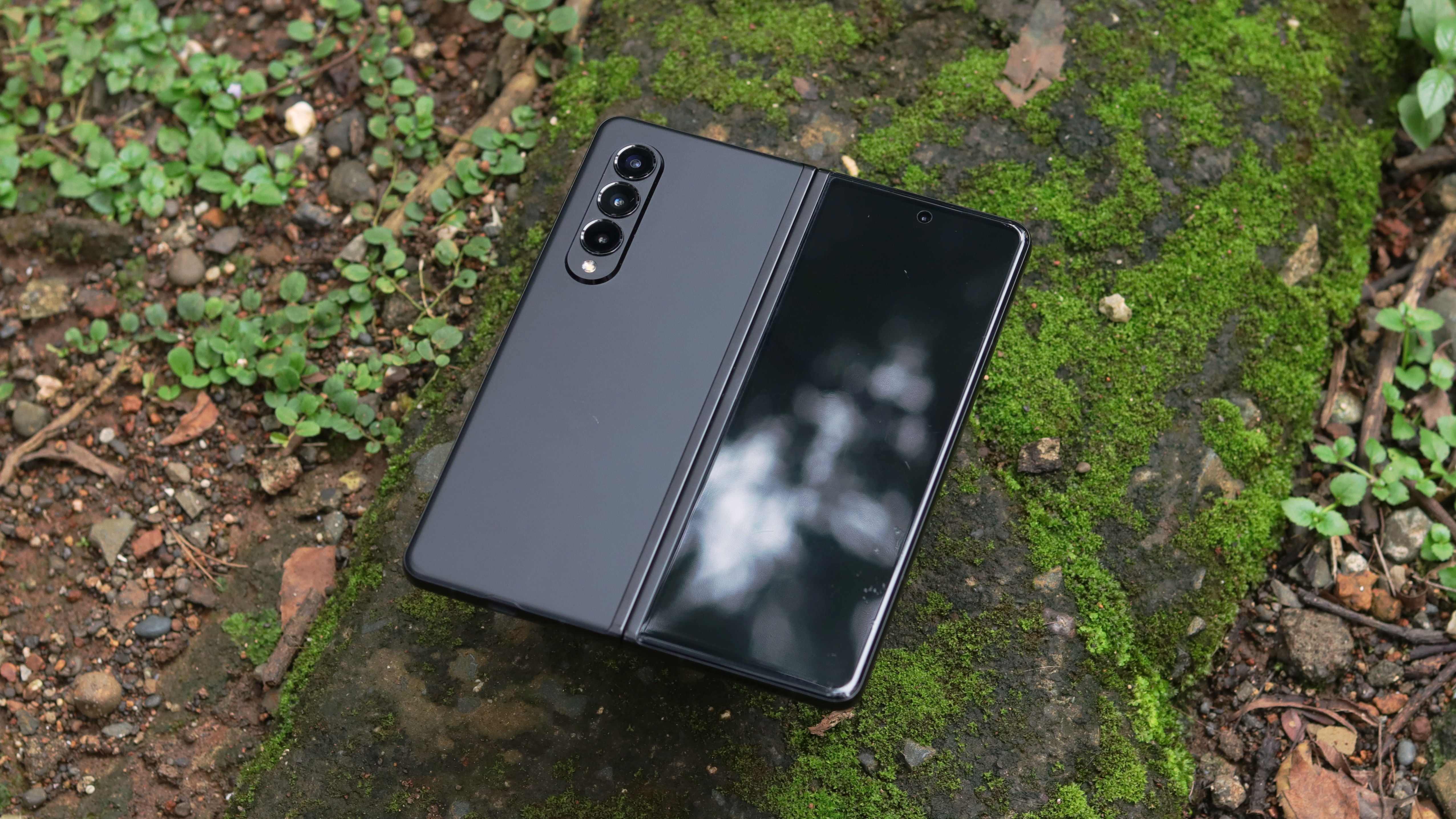 That’s not according to a rumor or leak – that comes from Samsung itself in a video teaser. The video, bluntly titled ‘Get ready to unfold something unmistakably you,’ shows a trio of aliens spinning a color wheel that changes the hue of their clothes. Not too subtle, Samsung.

Presumably, this applies to both the Z Fold 3 and the clamshell foldable Z Flip 3. If you really wanted to read into the video, only the aliens’ tops and bottoms are changing, suggesting that prospective buyers will only be able to tinker with the colors on the backs of the Z Fold 3 or top and bottom of the Z Flip 3 – no double-tones, designs, or inscriptions. We should also expect users to be able to change the color of the hinge, too, though perhaps with fewer options given its metal construction.

Analysis: Color customization, a feature of the past…and back again

Most smartphones come in a handful of colors, and the Z Flip 3 is available in several bright and pastel hues, but the Samsung Galaxy Z Fold 3 can only be bought in black in many markets. Opening up to many more colors is a boon, and hopefully won’t cost anything extra – and is likely something Samsung is betting will entice more customers to take the plunge and pay for the pricier foldable, which starts at $1,799 / £1,599 / AU$2,499. (The Z Flip 3 is a more comparatively affordable at $999 / £949 / AU$1,499, but would certainly be more enticing with more colors.)

Of course, Samsung isn’t the first phonemaker to offer a device in a custom assortment of colors – for years, Motorola had its own customization service, Moto Maker, to let customers pick from a variety of hues. The 2014 Moto X, for instance, had “18 back colors, 7 accents, and 2 front panels,” per The Next Web, though other phones could be similarly customized. But Motorola slowly phased it out, opting for Moto Mods before abandoning those too.

But a return to true customizability in colors would be welcomed by consumers, even if it may take more time to personalize the phones before arriving at their door. We’ll have to see just what Samsung has in mind for its foldables on October 20.

How to achieve sustainable hyper growth: Learn, unlearn, and re-learn

By Nam Kwang-sik SEOUL, Dec. 1 (Yonhap) — Samsung Heavy Industries Co. said Wednesday it has signed a US$245 million deal with a European company to sell its drill ship ... Read more »

A new Motorola Edge phone is set to launch very soon, and it’ll be one of the first phones to include the new Qualcomm Snapdragon 8 Gen 1 chipset. The ... Read more »

SEOUL, Dec. 1 (Yonhap) — South Korea’s antitrust regulator said Wednesday its Secretary General Shin Bong-sam has been elected as a member of the OECD Competition Committee Bureau for next ... Read more »

Riding an ebike can be a game-changer, making distant parts of your city feel more accessible and removing much of the doldrum of a daily commute or routine errands. Since ... Read more »

Living robots designed by computer and built from stem cells have started to reproduce in a breakthrough which could lead to self-replicating machines, scientists have said. In 2020, US researchers ... Read more »

Scientists are continuing to discover ways in which climate change is already affecting animal species around the world — including how it's changing the phenology, or timing of biological events. ... Read more »

The Xiaomi 12 is coming soon, and the company’s CEO has confirmed it’ll be the first smartphone announced that will feature the Qualcomm Snapdragon 8 Gen 1 chipset. Lei Jun, ... Read more »

The CEO of Amazon Web Services (AWS) has heralded a new generation of cloud computing-enabled businesses that have the power to change how the world around us operates. Speaking at ... Read more »

New gene editing technology should not be used to breed farm animals with traits that mean they can endure poor welfare conditions, an independent report has said. And food retailers ... Read more »

Wistaston Road in Crewe is the slowest street for broadband in the UK, according to new research by comparison site Uswitch.com. The street clocked an average download speed of just ... Read more »

"These documents point to a greater level of involvement in his brother’s efforts than we previously knew," the network said Tuesday night. Read more »

Simon Gregson may be well known for playing seven-times married Steve McDonald on Coronation Street, but did you know he has a famous wife in real life? MORE: Ant and ... Read more »

Qualcomm seems to have put a lot of effort into improving AI capabilities in its future chipsets with the help of Google. The company has announced its partnership with Google ... Read more »

The silicon brain that may be powering your next smartphone has just been unveiled, and unlike rumors had previously suggested it won’t be called the Qualcomm Snapdragon 898. This is ... Read more »

A team of scientists from Google Research, the Alan Turing Institute, and Cambridge University recently unveiled a new state of the art (SOTA) multimodal transformer for AI. In other words, ... Read more »

Apple has been in a league of its own when it comes to developing processors for phones and embedding its own AI-powered experience. But this year, Google has thrown its ... Read more »

If you’re a fan of Android phones then the Snapdragon 8 Gen 1 is a big deal, as this upcoming chipset will almost certainly power many of the best Android ... Read more »

There are some great Cyber Monday camera deals this year, with the likes of Nikon, Fujifilm and Olympus cutting prices on their top models. Right now, our top deal is ... Read more »

HuffPost may receive a share from purchases made via links on this page. Every item is independently selected. Prices and availability are subject to change. Whether you’ve lost an earbud ... Read more »

What was made on the world's first moving assembly line?

Why a Christmas tree in your bedroom means better sleep

Is Britain falling into the digital spy gap?