When lambing season is underway in South Australia, a predator from the sky looks likely to add to the challenges facing sheep farmers.

Wedge-tailed eagles, an Australian native bird and protected species, are swooping to prey on young lambs.

Farmers say the eagles are smart and determined.

“I watched a pair of eagles separate a ewe from one of her twins,” said Twitter user Ellen.

“She was protecting one lamb while trying to work out how to rescue the other.

“It was mesmerising and horrifying to watch.

“I ended up intervening so the ewe could get her lambs safely to the shelter of the creek.”

Sheep farmers told ABC Radio Regional Drive what had surprised and disturbed them the most was the “wedgies” were not just targeting sick or weak lambs.

Ian Vanderbrook, a crop and livestock producer on the Upper Eyre Peninsula, told ABC’s Narelle Graham it was a surprise for him.

“I went into a paddock, where I had some lambs that were a week or so old. They were up on the hill enjoying the sun. When I came back 15 minutes later, there was a wedge-tailed eagle in the same spot. The eagle had killed both of them.”

Mr Vanderbrook said the eagle had eaten some of each of the lambs.

Other farmers said they had seen eagles land on a healthy lamb and crush its skull with their talons.

Chad Crittle, a senior keeper of birds at Adelaide Zoo, says it could be a sign of a lack of other food sources for wedge-tailed eagles.

“Australia is the only major continent on the planet without vultures,” he said.

“It means we haven’t got any defined scavengers. Australia has birds that will scavenge and hunt; wedge-tailed eagles are a great example of that.

“They’re a predominant scavenger, but when times are tough, they will hunt.”

Mr Crittle said it was common for eagles to hunt in pairs, with their nesting partner.

He also said populations of wedge-tailed eagles were declining.

“There aren’t as many wedgies as you might think. They’re in dire straits in some parts of Australia, but the solution to living near eagles is tricky.”

Mr Crittle said livestock guardians might help deter the birds, but were unlikely to prevent eagles from taking some farm animals.

He said there was a “huge” burden on wedge-tailed eagles to provide enough food to raise a chick, and it was possible that less roadkill due to a decrease in people’s movements during the pandemic could be contributing.

“The effect of the pandemic is a variable that will be looked at for its impact on a lot of animal species,” Mr Crittle said.

“Have we seen a reduction in roadkill? I don’t know the answer to that, but there is a chance that there’s less food around in that sense too.”

Mr Crittle said the majority of a wedge-tailed eagle’s diet was rabbit, followed by roadkill.

He said the wedgies played a critical role in keeping the environment free from diseases found in animal carcasses. 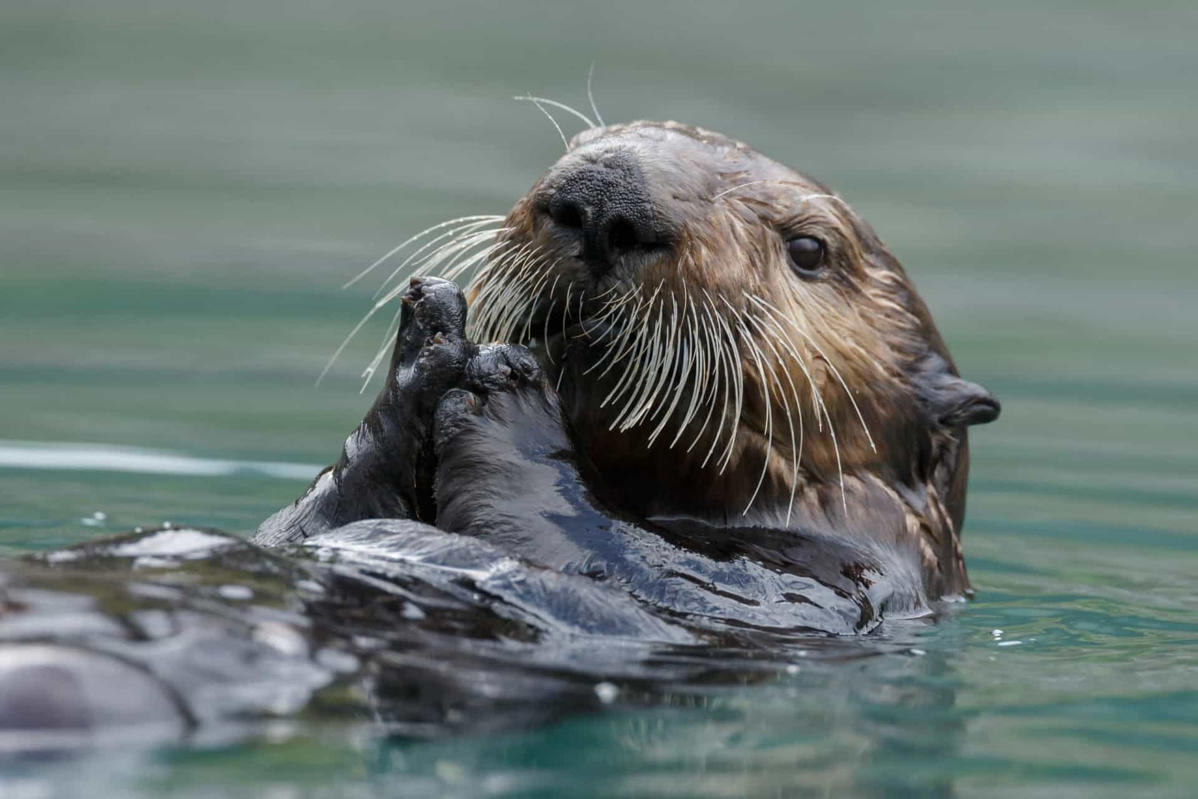 Mellman: The abuse of drug polling

Facebook, Inc. Plans to Change Company Name in Rebranding Effort, According to Report

USDA issues urgent meat recall, so throw it away if you have any

Xbox series X stock - live: Consoles are available from Game's All Access – how to get it

The best Keurig Black Friday deals 2021: early sales and what to expect

David Wiese produced a blistering innings to inspire Namibia to a historic first victory at a World Cup, as they preserved their Super 12 qualification hopes with a stunning six-wicket ... Read more »

© Provided by Hindustan Times CRPF personnel are on high alert in wake of recent civilian killings in the Kashmir valley, at Lal Chowk, in Srinagar on Wednesday.  (ANI) J&K ... Read more »

© Provided by Firstpost Man makes rasgulla chaat with spices and tamarind chutney; internet users cringe India is home to a variety of cuisines, with various food combinations made through ... Read more »

Joe Cole passed over Mohamed Salah as he tipped Romelu Lukaku and Cristiano Ronaldo to finish as the top scorers in the Premier League this season. Liverpool forward Salah is ... Read more »

© ICC via Getty Two wins in two, but Scotland still need to make it three in three to be absolutely sure © ICC via Getty Big picture Imagine this: ... Read more »

Stephen Penrose, who is accused of murdering a man whose decapitated body was found in woodland, has declined to continue attending his trial and the case will proceed in his ... Read more »

Anya Hindmarch: ‘How I overcame self doubt in the workplace'

Fashion designer, entrepreneur and author Anya Hindmarch has been vocal about the self-doubt and anxiety she’s experienced throughout her career. Despite having built up a global fashion and luxury brand ... Read more »

Travellers who get into disputes with local residents after moving onto common land will be evicted by police under new powers announced on Wednesday. © Provided by The Telegraph Travellers ... Read more »

Robert Pattinson Wasn't The Only One To Don Val Kilmer's Batsuit

KATE Middleton and Prince William put on a rare display of public affection at the Earthshot Prize and were pictured cuddling up to one another and gazing into each other’s ... Read more »

LeBron James’ advice to Russell Westbrook: Go home and watch a comedy. That, James said, is how Westbrook can forget about his eight-point, 4-for-13, four-turnover performance in the Lakers’ 121-114 ... Read more »

Army reservist first to be thrown out of military following charges related to Jan. 6

An Army reservist became the first military service member charged in the Jan. 6 Capitol riot to be kicked out of the military. Timothy Hale-Cusanelli, 31, was an army sergeant ... Read more »

Sam Spruell: My family are pleasantly surprised at me making it in Hollywood

© BBC/See-Saw Films/Nicolas Bolduc Sam SpruellTheNorthWater Sam Spruell has starred alongside some of Hollywood’s biggest names, including Florence Pugh, Charlize Theron and Letitia Wright. And he has now admitted even ... Read more »

© Provided by Daily Mail MailOnline logo Hold tight – it’s a thrilling ride. You can now go on an eye-popping tour of Royal Caribbean’s new ship, Odyssey of the ... Read more »

Tiny airborne plastic particles could be helping to cool parts of the planet by reflecting and dispersing the heat from the sun, according to research.   Microplastics could be acting the same way as ... Read more »

Duterte welcomes 8 new envoys, thanks them for pandemic assistance

SINGAPORE — Even as COVID-19 cases in Singapore are no longer doubling as quickly they were in the past month, there is still no sign of numbers falling, said Health ... Read more »

© Provided by GamePur DJ Axe Party is a Featured Contract in Hitman 3 that was added by Io Interactive developers during Season of Envy. The Contract requires you to ... Read more »

Joao Moutinho has already revealed his plans to become a manager in a conversation with Wolverhampton Wanderers head coach Bruno Lage. Portugal legend Moutinho, who has won 140 caps for ... Read more »

NIKOLAS Cruz's brother has told of his relief at the Parkland shooter's guilty plea – but claimed school and state officials are “skirting responsibility” for the tragedy. Zachary Cruz, 21, ... Read more »

Richard Wilkins and his girlfriend enjoy dinner at Glass Brasserie

It’s six months since Steven Gerrard revealed Rangers were in talks with Connor Goldson over a contract extension at Ibrox. The club was on a high when the Light Blues ... Read more »

EXCLUSIVE: Horrifying Telstra voice-to-text blunder as man's cheerful check-in on a mate is changed to 'I want to kill myself' - leading worried cops to swarm his family home

Landscaper leaves a voicemail message which is mangled by voicemail serviceIn the middle of the friendly greeting, system added 'I'm going to kill myself'Panicked recipient called the police who rushed to the landscaper's home Read more »

A sense of joy and playfulness is vital for theatre’s future, even when playwrights are grappling with some of the hardest-hitting issues of our age, according to the organiser of ... Read more »

A body was found near train tracks in Fort Lauderdale. Cops call the death ‘suspicious'

Injured ‘America's Got Talent' stuntman was at ‘very brink' of death

Is this the dumbest thief in Egypt? Man arrested after stealing a journalist's phone during livestream and broadcasting his own image to viewers on Facebook

The 12 best reusable cotton pads you can buy in 2021: bamboo, microfibre, and machine-washable

Snippets from UK: Delta Plus Variant Adds On Covid Misery for Britain, Prompts Fears of a New Wave

J&K: 4 arrested after NIA searches at 11 locations in Valley

How closure of schools is affecting kids' social and intellectual development

Duterte given wrong info, no cuts on budget of departments —Sotto