Deadline Day is just a week away. We’re not talking the countdown to the end of the transfer window, though; this is all about Derby’s fight for their existence.

A source of happiness, pride and passion for a city. A means of escape that lets fans dare to dream. A routine, a meeting place and a community to forge friendships. 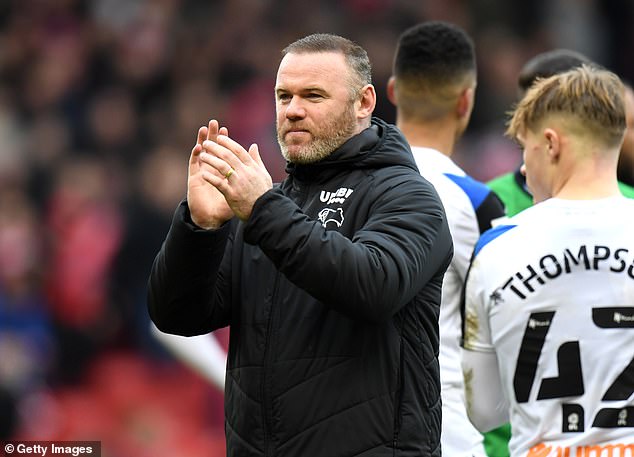 Derby might still be saved but it has not happened yet. They have the funds to continue operating until a week today. However, a bidder must cough up enough to prove the club can survive the season, then complete a takeover.

And if not, this institution of English football will die. As will fixtures like this one, a rivalry steeped in history with two giants of our game fighting for the Brian Clough Trophy.

The first date to mark in the diary when the fixtures are released, matches which go down in folklore.

In their 100th league meeting, Forest outclassed Derby as Lewis Grabban and Brennan Johnson scored for Steve Cooper’s promotion hopefuls in an ill-tempered game which also saw Ravel Morrison sent off at the end. 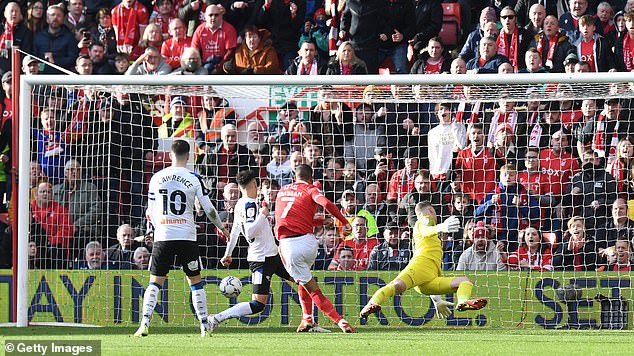 So Cloughie’s trophy, dropped by Grabban in front of the partying Trent End, will remain in Nottingham. For now. For ever?

‘I am on top of the world,’ said Cooper, in contrast to Derby’s Wayne Rooney, who said: ‘It’s a terrible position to be in for myself, players, staff and fans.

‘It needs sorting quickly. The administrators are confident. I’ve got players lined up to sign but the existence of the club is far more important.’

How did the Rams get here? Mel Morris, the former owner, blew £200million of his personal fortune giving striker Chris Martin a pay rise when he was on loan at Fulham, changing manager nine times in six years, and smashing the club’s transfer record multiple times. 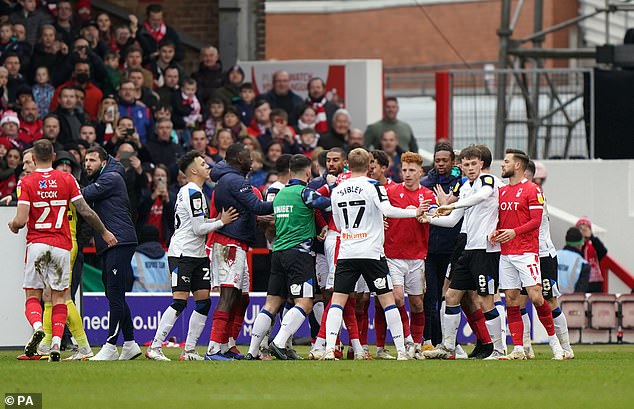 He fired captain Richard Keogh for gross misconduct when the defender — and two of his team-mates, both intoxicated — were hurt in a car accident. One of those players, Tom Lawrence, stayed at the club. He won and scored a late penalty on Saturday. Keogh, now at Blackpool, was badly injured and sacked.

So Keogh sued Derby for £2.3m, claiming unfair dismissal; one of many expensive Morris fall-outs. There was another one with former chief executive Sam Rush.

Derby were hit with a 21-point deduction, 12 for entering administration and a further nine for the breaches.

The Rams have debts of £60m, they owe HMRC £29.3m and are facing lawsuits from Middlesbrough and Wycombe, who claim the Rams ‘systematically cheated’, which allegedly cost Boro a play-off spot and led to the Chairboys’ relegation. 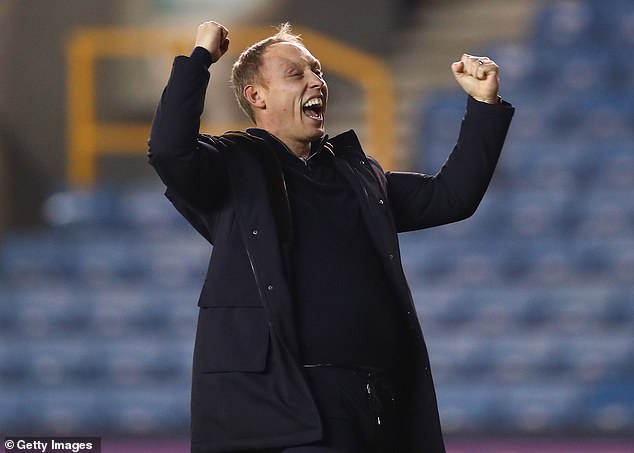 ‘He (Morris) is why we are in this situation,’ said Rooney last week. ‘I’ve had no communication with him, I don’t want to waste my breath.’

Morris is the most culpable party and, while Boro and Wycombe should be deplored for their interventions, the EFL as a governing body hardly come out of the affair looking good.

Led by Rick Parry, they were slow in dealing with the initial rule breaches and offered little clarity over FFP regulations.

But it is too late for finger-pointing. Action must happen now or this pillar of English football will fall.

‘We’re Derby County, we’ll fight to the end,’ sang the away end on Saturday. Of course they will. But the end is near and time is not their friend.