On a video posted on The Ramsey Show – Highlights YouTube channel in 2019, Dave Ramsey ranted to his viewers that things he teaches is “proven” and “not a theory”. Responding to his critics that disagree with his methods on social media, he explained the steps to take that will help people “win with money 100 percent of the time” and become wealthy.

He pointed out everyone has different incomes, and financial tragedies, and winning with money is different for every person, however if people follow these steps, they will eventually become “wealthy”.

1. Have a planThe first thing he mentions is having a “a written plan, a budget.”

He said: “No one accidentally wins at anything, and you’re not the exception.

“You have to do a written game plan with money or you’re going to lose.” 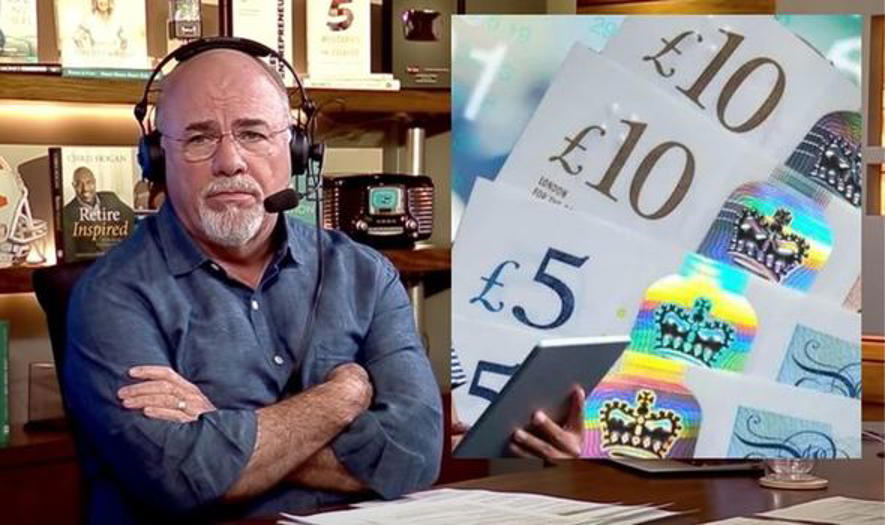 © Ramsey Show Highlights/GETTY Dave Ramsey 2. Get out of debtThe second thing that people should do is get out of debt.

The money saving expert said: “The most powerful wealth building tool is your income and when you spend your whole life giving it to banks it makes you stupid.

“When you don’t have any payments, you have money.

“I don’t care if you don’t agree with me.

DON’T MISSMortgage rates could increase £600 a year due to interest rate hike – how to avoid rise [ANALYSIS]Council tax hike: Bills to increase up to £240 in the next few years [ANALYSIS]State pension ‘won’t give a nice retirement’ – Britons urged to make ‘other investments’ [EXCLUSIVE] 3. Live on less than one makesMoreover, the third thing people should do is live on less than they make.

He said: “There’s no reason for you to be stuck somewhere. Don’t be stagnant.

“You need to go be somebody.

“You need to decide that my life is not good enough the way it is, and I’m going to control it, I will change some things. 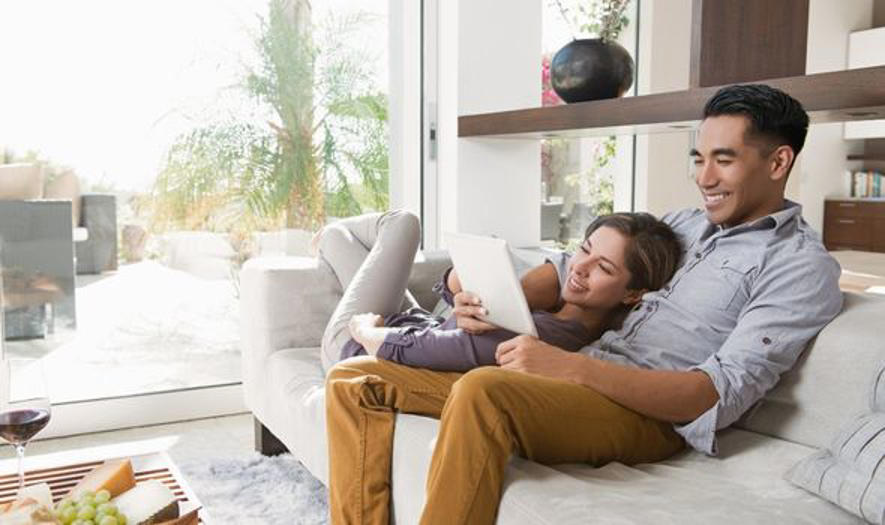 4. InvestMr Ramsey went onto discuss how investing can be valuable.

He argued: “You will be broke unless you learn how to save money.”

For those people who don’t agree with his investment suggestions, he said: “You need to get off your assumption and start investing.

“100 percent of the people that build money, save money on purpose, a lot.

He urged people to invest money and save money.

Mr Ramsey explained people can do this by making a plan. This will help people with getting out of debt as they will learn how to live on less than they make in order to make money in the budget and save that.

5. GenerosityMr Ramsey concluded that if people can take into account his insight, and follow these steps, they can them become “outrageously generous”.

He said: “Broke people can’t do that because they sit around discussing their investment philosophies while they invest nothing.

“Get off your assumptions and go and do something.”

Winter Fuel Payment scheme is open - are you among pensioners who need to make a claim?

Wednesday horse racing tips and Nap from Newsboy for Haydock, Kempton and Lingfield

Freetrade launching in Europe: Will it become top dog?

Is It Good Public Policy to Prop Up the Stock Market?

Jurgen Klopp admits he is baffled by the Ballon d'Or and says it's 'tricky' for any player to beat Lionel Messi to the top prize after Robert Lewandowski missed out... as he insists Mo Salah deserved to be higher than seventh place

Jurgen Klopp gave his opinions on the Ballon d'Or results on Tuesday afternoon The Liverpool boss felt his forward Mohamed Salah should have finished higher The German also expressed dismay that Robert Lewandowski did not win award Klopp managed the Bayern striker while the pair were at Borussia Dortmund READ: Lionel Messi leads calls for retrospective 2020 award for Lewandowski  Read more »

'Investing should be as normal as having a bank account': As Freetrade expands into Europe, we ask its co-founder if it can sustain momentum and be top dog?

© Provided by This Is Money MailOnline logo Viktor Nebehaj’s first encounter with Freetrade came via a Crowdcube funding campaign. In a bold move, he emptied his bank accounts to ... Read more »

USA TODAY Sports Sign up here to get Inside the Rangers delivered to your inbox each Tuesday morning. Approaching the 2020 trade deadline, the Rangers and their executive team of president ... Read more »

It is that time of year again where we ask the fans to vote for their Reach PLC Fans’ Footballer of the Year award from the shortlist selected by our ... Read more »

A police officer gets a booster vaccination against COVID-19 in Germany, as cases of the Omicron variant continue to rise. © Moritz Frankenberg/dpa via ZUMA Press At least 17 countries ... Read more »

Football finance expert Kieran Maguire has been discussing Wolves and the current financial situation at Molineux. © Provided by This is Futbol Molineux Wolves certainly made an impact during their ... Read more »

The 2022 season has the potential to be one of the best in recent memory with plenty for fans to get their teeth into. Stretching from January to November, there ... Read more »

Compassion for desperate refugees. Panic over porous borders. These conflicting emotions have both been on display in the last week. Most reasonable people will admit to feeling an element of ... Read more »

© Provided by Football FanCast Crystal Palace striker Odsonne Edouard Crystal Palace will be aiming to bounce back from just their third Premier League defeat of the season when they ... Read more »

Futures tied to the Dow Jones Industrial Average fell as much as 500 points at one point. Brendan McDermid/REUTERS Global stock markets were reeling once again Tuesday morning due to ... Read more »

A MAN has appeared in the dock charged with the murder of a mum-of-two who vanished without trace more than a fortnight ago. Alexandra Morgan, 34, was last seen at ... Read more »

S CLUB 7'S Paul Cattermole has launched a new career as a tarot card reader – 18 years after the group disbanded. The 44-year-old star has had a rocky road ... Read more »

I'M A Celebrity host Ant McPartlin has warned more bad weather is threatening the series. The 46-year-old star, who has been off screens for days after the series crashed off ... Read more »

© Provided by GamePur The BMW 3.0 CSL Race Car is an easily recognizable Hot Wheels car, though you may only know it for the brand that’s plastered along the ... Read more »

© Provided by Dot Esports Final Fantasy XIV is entering its busiest days with the release of the upcoming expansion Endwalker, and it’s going to bring a massive amount of ... Read more »

By Mahamat Ramadane N'DJAMENA (Reuters) – Chad's ruling military council has granted a general amnesty to members of armed groups as one of its steps towards a proposed national dialogue, ... Read more »

Photograph: Patti McConville/Alamy Shares in owner of Marie Claire, Techradar and GoCompare rose by 15% after forecast of higher profits Staff at Future, the owner of magazines from Marie Claire ... Read more »

A 14-year-old boy is facing criminal charges after Erie police said he led officers on a pursuit on Monday that ended when he crashed a stolen vehicle into the porch ... Read more »

NEW DELHI: Tata Motors , along with other commercial vehicle (CV) players, are likely to steal the limelight as the monthly sales data for November starts pouring in from Wednesday ... Read more »

© Provided by The National Ranveer Singh as former Indian cricket captain Kapil Dev in the Bollywood film ’83’. Photo: Reliance Entertainment Nothing whips up a frenzy in India quite ... Read more »

Munster coach Johann van Graan (Niall Carson/PA) (PA Archive) Plans are under way to bring the majority of the Munster rugby team back to Ireland the Sports Minister has said. ... Read more »

© Provided by The National Livia Firth is the co-founder and creative director of Eco-Age, a consulting and creative agency specialising in sustainable business strategies. Photo: Will Whipple Livia Firth ... Read more »

As the new variant of coronavirus Omicron appears to be spreading fast, the UK government has reimposed certain Covid restrictions – particularly on travelling abroad. B.1.1.529, the new strain, could ... Read more »

The UK and Europe are packed with towering peaks and sparkling lakes that allow you to get closer to nature on a lakes and mountain holiday. © Slovenia. Jeremy Woodhouse ... Read more »

A LUCKY Brit could be could richer to the tune of £14million tonight in the latest EuroMillions jackpot. If players don’t scoop the massive EuroMillions haul tonight there are also ... Read more »

Britons have been urged to do their bit by limiting the number of social contacts they have ahead of the Christmas season “as the Omicron variant continues to spread”. There ... Read more »

© Provided by Zee News The Board of Control for Cricket in India (BCCI) treasurer Arun Dhumal on Tuesday (November 30) said India’s tour of South Africa remains on a ... Read more »

Buy This Tech Stock on the Dip Before Earnings for Big Growth?

Why You Should Add Kronos Worldwide (KRO) to Your Portfolio