Novak Djokovic has been backed by world No 2 Daniil Medvedev in his stance on not disclosing his vaccination status. The world No 1 is in doubt to make the Australian Open as government ministers admit it is looking increasingly likely only double-vaccinated players will be allowed into the country. The nine-time champion has taken issue with the proposed ruled and admitted he was unsure on playing as he refuses to reveal whether or not he has been vaccinated.

It is looking increasingly likely that Djokovic will not be able to compete for a record 21st Major in Melbourne.

The world No 1 is facing a ban from the Australian Open unless he is able to prove he is double-vaccinated, but has spoken out against vaccine mandates and admitted he doesn’t want to reveal his vaccination status.

Government officials have already all but confirmed that unvaccinated players will not receive a visa to enter the country for the event in January.

Djokovic, a nine-time Australian Open champion, has come under fire recently and admitted he may not compete, disagreeing with mandatory vaccinations on tour. 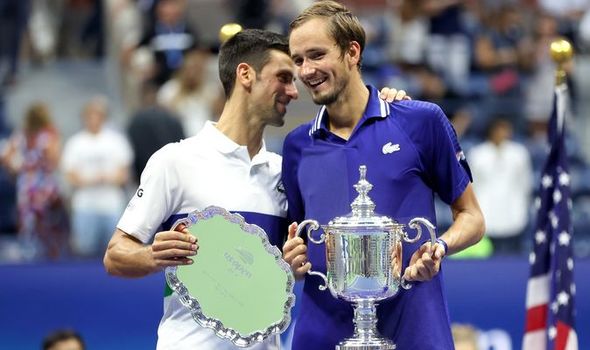 “I don’t know if I’m going to Australia, I don’t know what’s going on. Currently, the situation is not good at all,” the 34-year-old told Serbian newspaper Blic.

“I have my opinion and it has always been the same. I will not reveal my status whether I have been vaccinated or not.

“It is a private matter and according to our law, whoever asks you, you can in some way charge him for asking you. That is an inappropriate question.”

Djokovic’s comments have earned him criticism from the likes of Victorian Premier Daniel Andrews, who said: “[The virus] doesn’t care what your tennis ranking is, or how many Grand Slams you’ve won. It’s completely irrelevant. You need to be vaccinated to keep yourself safe and to keep others safe.”

Andy Murray might not get Paris Masters wildcard after latest loss

However, the world No 1 has now been defended by Medvedev, his recent US Open conqueror.

“There is a lot of division in the society, not only in sports, but in the whole society, between those who have not been vaccinated and have been vaccinated. And that’s really scary,” the 25-year-old said, per TennisHead.

“That we fell for discriminating against someone if he wants to decide for himself one way or another, whether he wants to be vaccinated or not.

“I am very disappointed with the world society at this moment and the way in which the media transmit and put pressure on all people. 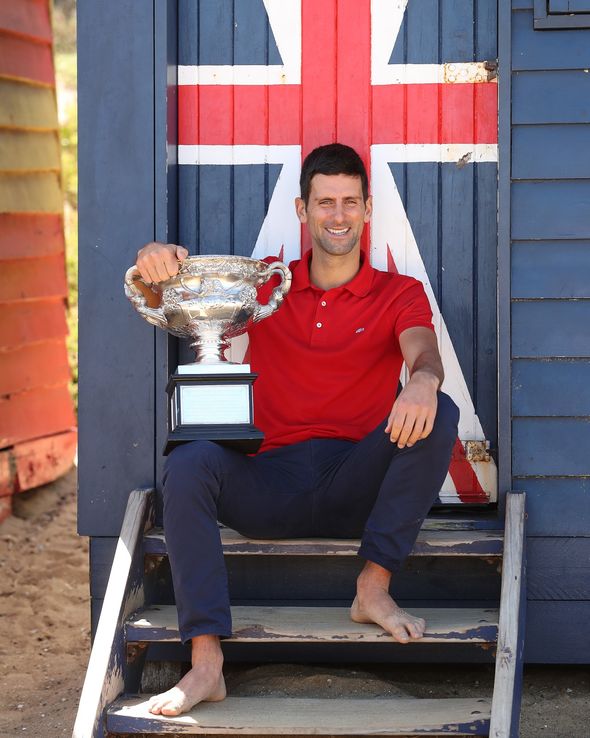 “There is too much ambiguity, too much information that is not valid, so it turns out that it is, so it is not, everything changes a lot.”

The world No 2 also agreed with Djokovic’s decision not to speak about his medical history – something Medvedev also chooses to do – but admitted that seeing who played the Australian Open and who didn’t would show who had been vaccinated, even if players tried to withdraw with other excuses.

He added: “I liked what Novak said about this. He said the vaccination was a personal matter and he would not be making it public. And I also decided not to disclose medical things,” he said.

“As for Australia, everyone will see who is vaccinated and who is not. Of course, the players can say that they are injured, but this will be a play on words.

“I want to play in Australia, that’s all I can say.”

How to check the current Apex Legends map rotation?

© Provided by Daily Mail MailOnline logo Vain people with big egos and a sense of entitlement have poorer visual memories, a study suggests. They may struggle to remember faces ... Read more »

© Provided by Daily Mail MailOnline logo A leading cancer doctor nicknamed ‘God’ for his life-saving treatments has said he is humbled and ashamed as he faces ruin over his ‘cavalier’ ... Read more »

The NYC Council is pushing for green-card holders to vote in local elections. Getty Images The Issue: The City Council’s drive to let green-card and work-visa holders vote in NYC ... Read more »

'He's not the king of the world': Venus and Serena Williams' half-sister says 'King Richard' only tells 'half the story'

Five miners were missing at Impala Platinum’s Rustenburg mine after a mud rush tore through the operation’s 6 shaft on Sunday. Two miners escaped with minor injuries and a search ... Read more »

Local news organizations could receive $1.7 billion as part of the Build Back Better Act

'High time EU sorted it!' Brexiteer hits out at bloc as he urges Macron to listen to Boris

The Prime Minister sent Mr Macron a letter on Thursday outlining the UK’s proposals for resolving the issue in the hope of discovering some common ground ahead of a meeting ... Read more »

© Provided by New Straits Times LETTERS: I was shocked to read that a popular bread maker is increasing the prices of 38 products by about 10 per cent, effective ... Read more »

Relax, guys, Bela Padilla is not quitting showbiz following her move to London

© Provided by Cosmopolitan Philippines Bela Padilla made headlines this week when she announced that she has officially moved to London. While a big move such as this could signify ... Read more »

Teyana Taylor Recovering In Hospital After Body ‘Shut Down' Before Show

© Photo: Emma McIntyre/Getty Images Teyana Taylor Teyana Taylor was taken to hospital after her body “gave out” right before she was due to perform on stage. The singer took ... Read more »

© Courtesy of Amazon How can you ensure you’ll give a gift that’s like nothing they’ve ever received before? That’s easy — make it personalized. Think back to the best gifts you’ve ... Read more »

Photograph: Luis Ascui/EPA Using GDP to assess wellbeing is a flawed view which has led us to narrow, short-term decision-making Gross domestic product (GDP) as a measure of welfare is ... Read more »

© Elena/Adobe. Design: Ashley Britton/SheKnows. Between work, picking up the kids, cleaning, working out, and everything else on our plates, sometimes, all we want to do is make a quick, ... Read more »

Steven Gerrard wants John McGinn to tell him all about his bizarre goal celebration after the Scot scored what proved to be the winner down at Selhurst Park on Saturday. ... Read more »

Andrée Bernard has become the latest cast member of Only Fools and Horses to pay tribute to John Challis following his death earlier this year. The actor, best known for ... Read more »

NAPLES, Italy (Reuters) – Napoli put on a dazzling display to mark the first anniversary of Diego Maradona’s death when they stormed to a 4-0 win over Lazio on Sunday ... Read more »

Labour will pledge to shut the “revolving door” which sees ministers cash in on their roles after leaving government. In the wake of the latest Tory sleaze allegations, Deputy Leader ... Read more »

Michael Carrick made the bold move to bench Cristiano Ronaldo for Manchester United’s trip to Chelsea on Sunday evening. © GiveMeSport Cristiano Ronaldo ‘stormed down the tunnel’ after Chelsea 1-1 ... Read more »

One shortstop option is off the board for the Yankees. Marcus Semien agreed to a seven-year, $175 million contract with the Rangers, The Post’s Joel Sherman confirmed Sunday evening. Marcus ... Read more »

© Reuters/LOREN ELLIOTT FILE PHOTO: The international arrivals area at Kingsford Smith International Airport is seen after Australia implemented an entry ban on non-citizens and non-residents due to the coronavirus ... Read more »

Harappa looks to double its team

© Provided by The Financial Express Singh added the last couple of years have highlighted that the future of learning lies in personalisation. “Leveraging the intersection of technology and curriculum, ... Read more »

© Provided by The Times of India NEW DELHI: The fear that 10% reservation for the Economically Weaker Sections as a whole may be scrapped by the Supreme Court led ... Read more »

© Provided by The Times of India GUWAHATI: The work of rail connectivity from West Bengal (WB) to Sikkim — which was delayed by a decade — has made quick ... Read more »

A teenager has been charged with the murder of a 12-year-old girl in Liverpool city centre, police have said. Ava White had been in the city with friends on Thursday ... Read more »

Measures to restrict the spread of the omicron variant of coronavirus have been dismissed by scientists as “plan B Lite” over warnings that the new mutation is far more transmissible ... Read more »

© The Independent Singapore Disclaimer: Microsoft News is currently reviewing the accuracy of this story with the publisher due to social media source. Updates will be published here if needed. ... Read more »

Ava White: Boy, 14, charged with murder of 12-year-old in Liverpool

Test your musical knowledge against the experts behind iconic PopMaster quiz