The council has confirmed classic cars who are driving sensibly will not be instantly hit with penalties even if they break the new decibel limits. The reassurances come after the Royal Borough of Kensington and Chelsea will expand noise cameras across the borough in a bid to reduce antisocial behaviour.

The new rule means cameras will flash drivers once a vehicle exceeds 74 decibels.

Classics are typically louder than modern vehicles with a historic Ford GT producing up to 100 decibels.

Other popular classics such as a TVR Griffith and Ferrari F40 can be capable of up to 98 decibels.

However, Councilor Johnny Thalassites told Express.co.uk classic cars were not the target of the new machines. 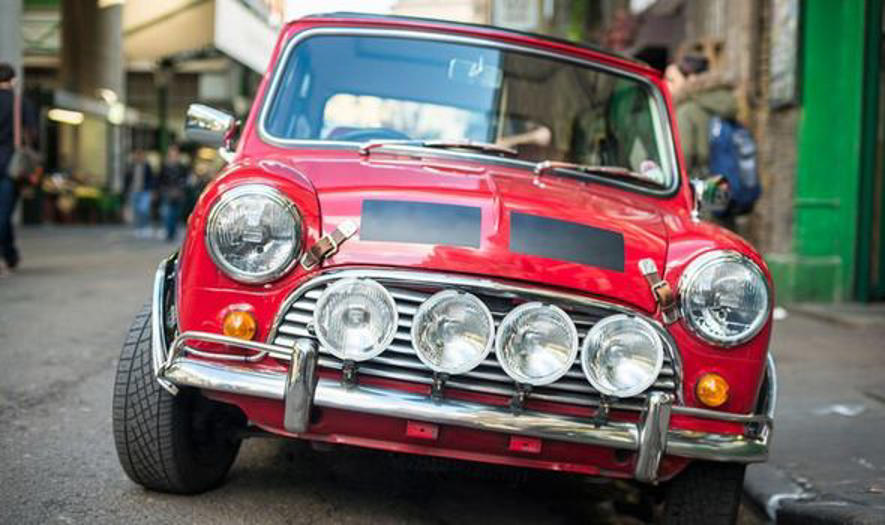 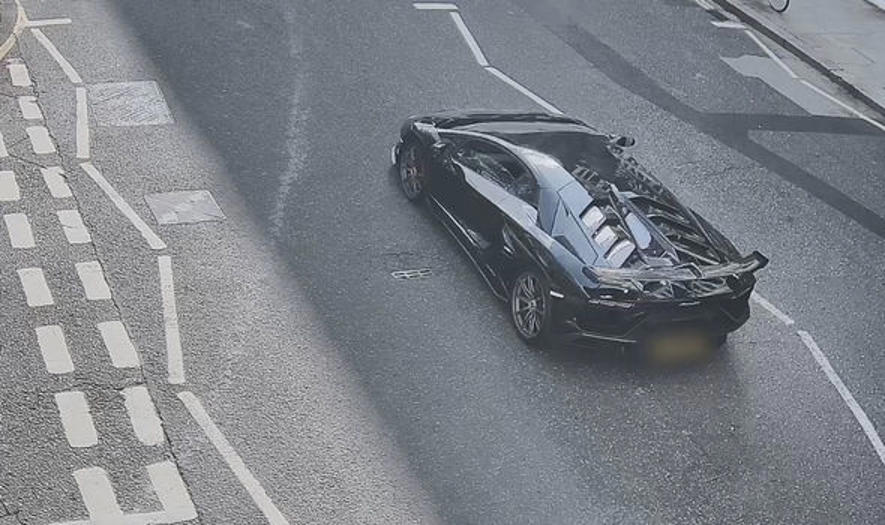 He said drivers would need to “consciously” look to break the noise rules to be penalised and added “sensible” motorists were unlikely to be fined.

He said: “I don’t think the aim is to target any individual kind of vehicle as such.

“I quite like seeing supercars and things on our streets if they are driving responsibly.

“It’s great that people come over the world to visit Kensington and Chelsea and visit Knightsbridge and see everything we have to offer here.

“But we just want to make sure our residents can have a good night sleep, so it’s a balance.

“I think with classic cars, if you’re driving sensibly, you’re not going to be hitting the decibel thresholds that we are looking at.

“You really do have to be driving in a way that sort of consciously designed to produce this enormous noise to be causing a trigger on the cameras.”

The Council said the cameras were not automated and people would go back to look at all footage.

They said the noise cameras would trigger cameras to help the council find nuisance drivers.

Things which may lead to a fine would be stunts and rapid acceleration rather than just having a noisy car.

Until now, only two noise cameras had been installed in Knightsbridge.

However, the new noise cameras were expanded after mass support from a recent consultation of residents. 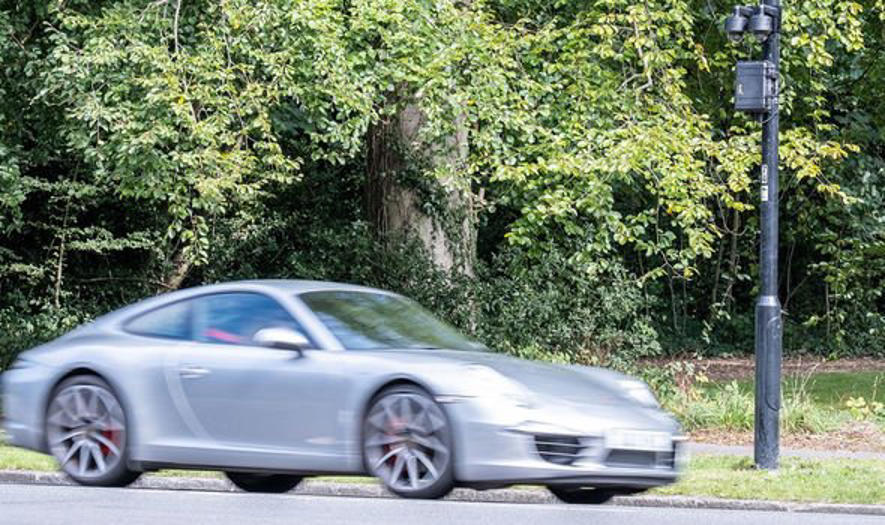 A total of 444 people or 93 percent of those surveyed said they strongly supported the cameras to address anti-social behaviour.

A total of 84 percent or 401 people said they backed extending the scheme for another three years and expanding the order to cover all 18 wards in the borough.

In the consultation, residents had moaned about noise in the area and warned it was affecting their “quality of life”.

One resident from Redcliffe Ward said: “Such cars have rigged exhausts that produce incredibly high noises similar to gunfire, with their drivers taking proud in maximising the noise while racing or queueing at traffic lights.

“This ASB is causing much distress on all residents in the area, and in particular those families with small babies like us.”

Where to find Dripstone Caves in Minecraft

Westlife has all ingredients to reach top deck in QSR space

L&T stock to get rerated on capex recovery: Jefferies

© Reuters/ANDREW KELLY FILE PHOTO: A farewell speech by New York Governor Andrew Cuomo is broadcast live on a screen in Times Square on his final day in office in ... Read more »

Soccer-Conte philosophy starts to rub off on Tottenham

© Provided by The Independent Kourtney Kardashian is facing mom-shaming from TikTok users who are criticising her for allowing her nine-year-old daughter to wear fake nails. The criticism arose after ... Read more »

© Provided by The Guardian Photograph: Chris J Ratcliffe/Getty Images Hotels in the UK have been hit by a wave of Christmas cancellations as business customers call off parties and ... Read more »

Martin Lewis has issued an urgent warning to customers of failed energy suppliers Igloo, Symbio and Enstroga. Some 230,000 households who were previously with these energy firms have since been ... Read more »

© Provided by The Guardian Photograph: Ahmed Jadallah/Reuters The Opec cartel and its allies have agreed to pump more barrels of oil from January, but left the door open to ... Read more »

© Provided by Daily Mail MailOnline logo Arsenal have targeted Dominic Calvert-Lewin and would like the Everton striker to spearhead the next phase of their development under Mikel Arteta. Calvert-Lewin was ... Read more »

© Provided by Daily Mail MailOnline logo The Countess of Wessex got into the festive spirit today as she baked mince pies and packed Christmas care packages for a Woking ... Read more »

COMMENT: The Workers' Party and its 'inexplicable' response to Raeesah Khan saga

Editor’s note: The opinions in this article are the author’s, as published by our content partner, and do not represent the views of MSN or Microsoft. SINGAPORE — It was ... Read more »

© Provided by Lifestyle Asia Singapore craft cocktail bars continue to make their mark on the global stage as three of them were recognised in the World’s 50 Best Bars ... Read more »

How to get Ultimate Speed Skills in Forza Horizon 5

© Provided by GamePur Speed is the name of the game in Forza Horizon 5, as it can help racers win events, and upgrade vehicles at the same time. Ultimate ... Read more »

Billie Eilish reflects on reactions to pin-up shoot for British Vogue: ‘It's not a new style, it's one thing I wore'

© Provided by The Independent Billie Eilish has spoken candidly about embracing her identity and the public’s perception of her evolving style, after previously revealing that she lost thousands of ... Read more »

‘I can't bear the idea of settling down – why am I so afraid of commitment?'

© Getty ‘Remember that only you are in control of your life – of course you don’t “have” to get married’ – Getty Dear Vix, I spent most of my ... Read more »

How does Jill Biden's Christmas decor compare to past White Houses?

© Provided by The Guardian Photograph: Andrew Caballero-Reynolds/AFP/Getty Images You’ve heard the faint murmur of All I Want For Christmas Is You, you’ve seen people swapping their pumpkin spice lattes ... Read more »

Celebrations are not complete if there is no good food on the table – from hearty meals to as many sides as we can fit on our plates. But the ... Read more »

Cloudy skies, scattered rains over Mindanao, parts of Visayas due to trough of Typhoon Nyatoh

rain thumbnail weather thumb raindrops rainfall rain in traffic The northeast monsoon will be affecting Luzon and Visayas on Friday, according to PAGASA in its latest forecast. The weather bureau ... Read more »

quiapo church file photo Like most churches across the country, the Quiapo Church has started to prepare for the traditional Simbang Gabi masses amid the COVID-19 pandemic. With an eased ... Read more »

© Provided by BusinessWorld THE ONLY son and namesake of the late Philippine dictator Ferdinand E. Marcos is facing another suit seeking to disqualify him from the presidential race. In ... Read more »

How to unlock Hardcore Mode in Solar Ash

© Provided by GamePur Solar Ash is a very fast game, but you can ratchet up the speed even more if you play on Hardcore Mode. The problem is, it’s ... Read more »

Playbase.GG offers a fast and easy way to enter the esports industry

© Provided by Dot Esports This article is proudly sponsored by Playbase.GG Esports is a rapidly expanding industry, with all sorts of individuals or organizations looking to create, execute, or ... Read more »

© Provided by Dot Esports Team Liquid made their VALORANT Champions debut against KRU Esports and swiftly sent them to the elimination match after achieving a 2-0 victory.  KRU Esports ... Read more »

Why currency crash does not worry Turkey's Erdogan

How to get The Burning Field in Final Fantasy XIV

© Provided by GamePur When you reach the higher-level areas of Final Fantasy XIV, you’ll want to figure out if you’re ready to tackle the harder content. It means tackling ... Read more »

Rafael Nadal has admitted Novak Djokovic is likely to win more Grand Slams than him between now and the end of their respective careers. Along with Roger Federer, they have ... Read more »

© Provided by The Guardian Photograph: Kristoffer Tripplaar/Alamy The $75bn takeover of Cambridge-based chip designer Arm by its rival Nvidia is in jeopardy after US regulators followed the UK and ... Read more »

Chrissy Teigen 'happy' to be making 'stupid mistakes' while sober

© Bang Showbiz Chrissy Teigen at the Vanity Fair Oscars party in 2020 Chrissy Teigen is “happy” to still be “making stupid mistakes” even while sober. The ‘Chrissy’s Court’ star ... Read more »

'I'd go to jail if I said what I really think.' Hearts manager Robbie Neilson after Celtic defeat

© House of Anansi Press, Steve Crocker Eva Crocker’s novel All I Ask is competing in N.L. Reads. In 2017, Eva Crocker was at her St. John’s home when a ... Read more »

Los Angeles Lakers star LeBron James has been cleared from the NBA’s healthy and safety protocols and will be available to play in Friday’s game against the Los Angeles Clippers, ... Read more »

EA is making a big change to the management of the Battlefield franchise by putting Vince Zampella, the CEO of Titanfall and Apex Legends-maker Respawn Entertainment, in charge of the ... Read more »

With China out of mind, US and Indian soldiers team up for rare exercise in rough Alaskan conditions

© US Air Force/Alejandro Peña A US Army AH-64D Apache provides air support for Indian and US soldiers during a field-training exercise for Yudh Abhyas 21, October 28, 2021. US ... Read more »

‘We can dream': Inside Cuba's new Fidel Castro museum

© Provided by Mothership Disclaimer: Microsoft News is currently reviewing the accuracy of this story with the publisher due to social media source. Updates will be published here if needed. ... Read more »

Driver accused of hitting Bremerton neighbor with car during confrontation

Resident Evil: Welcome To Raccoon City is a checklist of horror movie cliches

Mark Hoppus announced his cancer battle by accident: 'The brain fog is so bad'

Most vulnerable to be offered fourth Covid jab

Omicron reaches Karnataka but Indians are not shelving their wedding plans

These Top-Rated Silicone Spatulas Won't Scratch Up Your Nonstick Cookware, and They're 70% Off Right Now