Luke Fickell isn’t focused on the head coaching vacancy at Notre Dame. Not yet at least.

The University of Cincinnati football coach, who has been linked to the Fighting Irish job since Brian Kelly left South Bend to take over the LSU program, said Tuesday his only focus is on Saturday’s American Athletic Conference championship game against Houston at Nippert Stadium.

The 48-year-old coach, who is 47-14 in five seasons at Cincinnati, has the Bearcats (12-0, 8-0 AAC) one win from likely being the first non-Power Five school to earn a spot in the College Football Playoff. Cincinnati, which is No. 4 in the latest CFP rankings, looks to capture its second straight AAC championship with a win Saturday against the Cougars (11-1, 8-0).

© Kareem Elgazzar Cincinnati Bearcats head coach Luke Fickell turns to walk back to the sideline after talking to an official during a college football game between the Navy Midshipmen and the Cincinnati Bearcats, Saturday, Nov. 3, 2018, at Nippert Stadium in Cincinnati.

Last August, he signed a contract extension making him Cincinnati’s head coach through 2026. His $3.4 million salary is the second-highest paid non-Power Five coach behind Houston’s Dana Holgorsen ($4 million) and ranks him among the top 40 coaches in college football.

Cincinnati senior quarterback Desmond Ridder, who was named the Most Outstanding Player in last season’s AAC title game, all but echoed Fickell’s words when asked about his head coach.

Fickell has led Cincinnati to a No. 3 ranking in the AP poll and a No. 4 ranking in the USA TODAY Sports AFCA coaches poll. The Bearcats were ranked No. 2 in both polls earlier this season.

Fickell guided the Bearcats to a 24-13 win at Notre Dame on Oct. 2. It remains the only double-digit road victory over a CFP top-10 team this season. The Irish are ranked No. 6 in the latest CFP rankings.

Fickell, a Columbus native, became the 42nd head coach in Cincinnati history in December 2016 after serving as an assistant for 15-plus years at his alma mater, Ohio State.

Fickell and his wife, Amy, have six kids. Their oldest son, Landon, is a freshman offensive lineman on the Cincinnati football team. 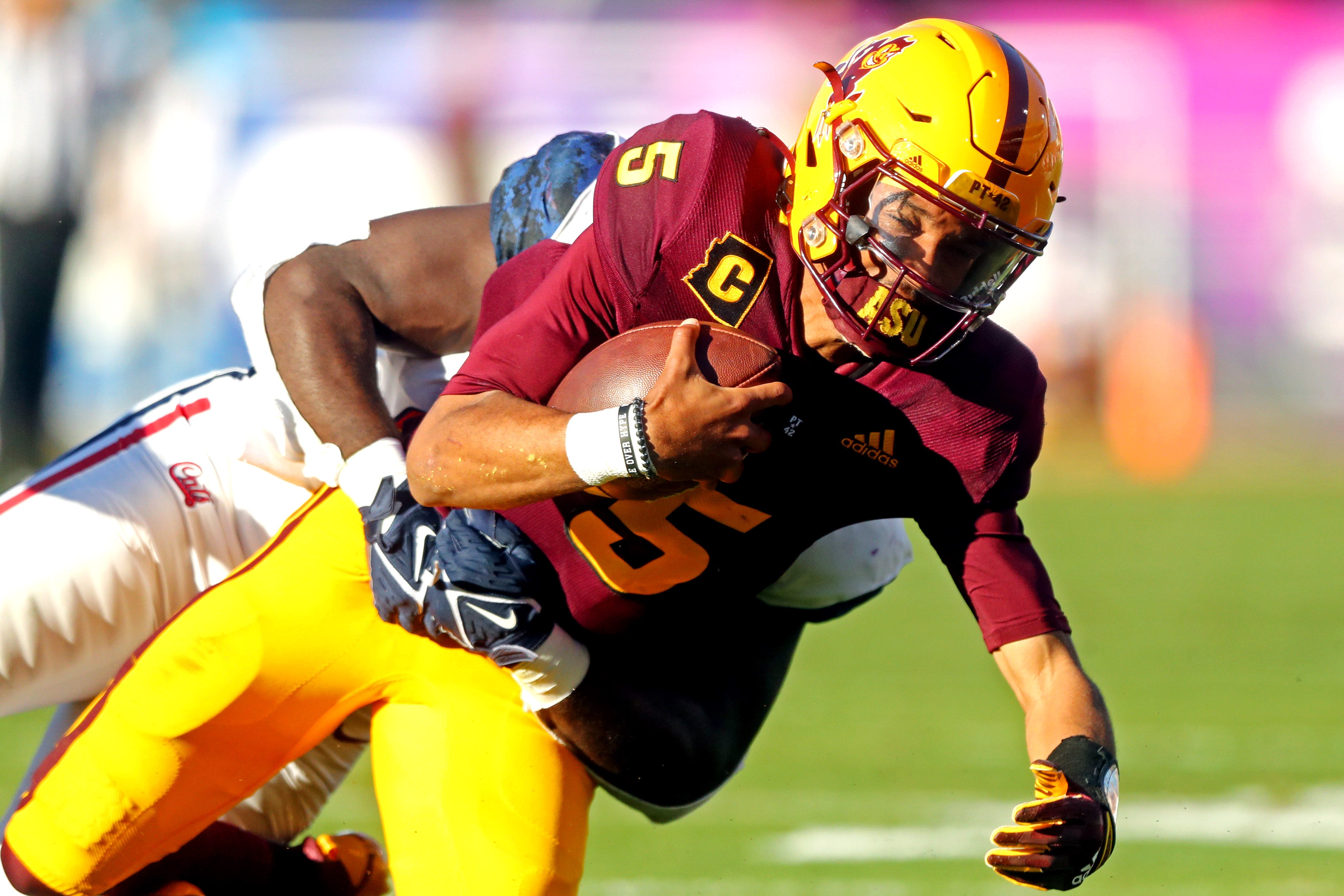 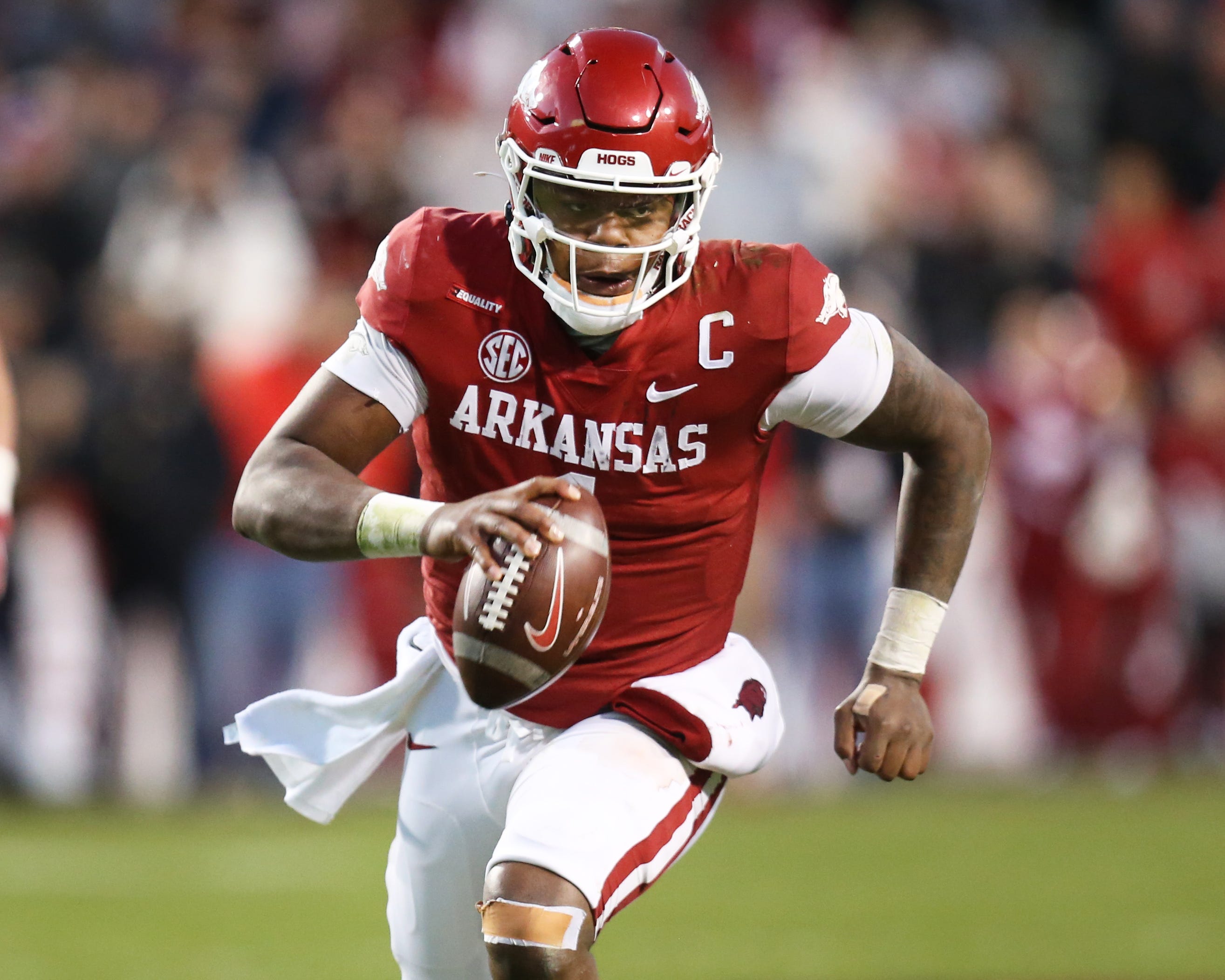 This article originally appeared on Cincinnati Enquirer: Cincinnati coach Luke Fickell on Notre Dame vacancy: ‘There is no speculation’

A Clog-Shopping Guide: The Good, The Rad & The Fugly

I Tried the Viral "Dot" Contouring Hack From TikTok, and I'll Never Go Back

Kent Hughes Has What it Takes for Montreal

Messi back in full training for PSG after Covid

UFC 270 'Embedded,' No. 2: Brandon Moreno throws a birthday party for his daughter

© Lintao Zhang/Getty Images/File Kim Boutin, a three-time medallist in short track at the 2018 Olympics, is among three veteran speed skaters returning to the Canadian team for the Winter ... Read more »

EXPLAINER: Why airlines fear 5G will upend travel this week

AT&T will postpone new wireless service near some airports planned for this week after the nation’s largest airlines said the service would interfere with aircraft technology and cause massive flight ... Read more »

England in Australia: anatomy of a shellacking. The reviews are in. The play-by-play reports have been filed by those closest to this sullen and lifeless Ashes tour. Two things stand ... Read more »

The UFC has once again updated protocols surrounding COVID-19 testing, including a new provision to make fight week much easier for fully vaccinated fighters and their coaches. © Photo by ... Read more »

How high will you go? Netflix price hike renews questions for streaming subscribers

TORONTO — Another year, another Netflix price increase. © Provided by The Canadian Press At least that’s how it might feel for Canadians after the global streaming platform announced last ... Read more »

© Provided by The Canadian Press WELLINGTON, New Zealand (AP) — The blast from the volcano could be heard in Alaska, and the waves crossed the ocean to cause an ... Read more »

Auto123 reviews the 2022 Volkswagen Taos. Our brief first drive in 2021 of the new Volkswagen Taos left us with a positive impression, overall. But given that VW’s newest and ... Read more »

Documents give glimpse of Finance Department's outlook, warnings on inflation

By Supantha Mukherjee © Reuters/Olof Swahnberg FILE PHOTO: The Ericsson logo is seen at the Ericsson’s headquarters in Stockholm STOCKHOLM (Reuters) – Sweden’s Ericsson has filed another set of patent ... Read more »

The Montreal Canadiens can’t seem to get a healthy lineup together. Just as some of their forwards were getting back from injuries, they lost Cole Caufield and Joel Armia to ... Read more »

How to order free Covid tests for at home use: White House website goes live

WASHINGTON — The federal government’s website for Americans to order at-home rapid Covid-19 testing kits launched on Tuesday. © Provided by NBC News The website says “every home in the ... Read more »

Becky Hammon said she has always followed her heart and not worried about what other people think of her career decisions. There were concerns when she chose to play at ... Read more »

Hilary Duff is thrilled to have Kim Cattrall on board for “How I Met Your Father”. © Photo by Ron Galella/Ron Galella Collection via Getty Images Hilary Duff, Kim Cattrall. ... Read more »

South Africa is over Omicron, and that may be good news for the U.S.

Johannesburg — Only eight weeks after the world first heard about the Omicron variant of the coronavirus, when researchers in South Africa who discovered the strain notified global authorities, that country’s ... Read more »

© Getty Images Black woman in doctor’s office For Black women, there’s something deeply unsettling about being in a doctor’s office. There’s an elusive discomfort that’s difficult to describe, yet ... Read more »

The PGA Tour returns to the mainland this week for the The American Express 2022, which tees off Thursday in southern California. The pro-am portion is back this year, and ... Read more »

When word began making the rounds at the end of last season that golf would be receiving its own version of Netflix’s startlingly-popular series on Formula 1 racing, “Drive to ... Read more »

Senegal were held 0-0 by minnows Malawi in Bafoussam on Tuesday despite the return of stars Edouard Mendy, Kalidou Koulibaly and Idrissa Gueye, but still won Group B at the ... Read more »

© Kate Bueckert/CBC Michelle Hanson, shown at the vigil for her son, three-year-old Kaden Young, in April 2018, received a conditional sentence Tuesday via a virtual hearing from Newfoundland and ... Read more »

The first grand slam tennis tournament of the year, the Australian Open, is underway in Melbourne.  The top seed and defending champion on the men’s side, Novak Djokovic, isn’t competing after ... Read more »

Poll numbers are pointing to a midterm shellacking for Democrats

NEW YORK (AP) — Former New York City Mayor Bill de Blasio announced Tuesday he will not run for governor, but will instead devote himself to fighting inequality in New ... Read more »

The U.S. Senate on Tuesday began debate on a voting rights bill passed last week in the House of Representatives. One of the key actors in whether the legislation can ... Read more »

Montreal Canadiens forwards Cole Caufield and Joel Armia have been placed in the NHL’s COVID-19 protocol ahead of Tuesday’s game in Dallas against the Stars. © Provided by The Canadian ... Read more »

A day will come in the National Hockey League when a woman is named general manager of a franchise. Ian Kennedy breaks down 20 candidates that have the credentials to ... Read more »

A round of slow claps for the NFL and its 32 teams for their displays of respect for Dr. Martin Luther King Jr. on Monday. What unity the social media ... Read more »

Artificial intelligence can discriminate on the basis of race and gender, and also age

We have accepted the use of artificial intelligence (AI) in complex processes — from health care to our daily use of social media — often without critical investigation, until it ... Read more »

Valtteri Bottas believes if he hadn’t accepted his number two role at Mercedes he would have created tension within the team, and that could have cost him his race seat. ... Read more »

We have a ton of new events coming up, and we want you to join us. Among them is our first one-day rally through the heart of Texas hill country, ... Read more »

The Premier Hockey Federation announced that their board of governors has approved a massive $25 million investment to be spread across the next three seasons. © Provided by The Hockey ... Read more »

© Provided by The Gazette Kent is highly respected in the hockey world, Geoff Molson said in a statement. Kent Hughes is the new general manager of the Canadiens. The ... Read more »

Senate begins debate on voting rights ahead of filibuster showdown

For the first time this Congress, the Senate is debating voting rights legislation on Tuesday, a day after Democrats failed to meet their hopeful, symbolic, deadline to pass an election ... Read more »

Is There a Market for Jake DeBrusk?