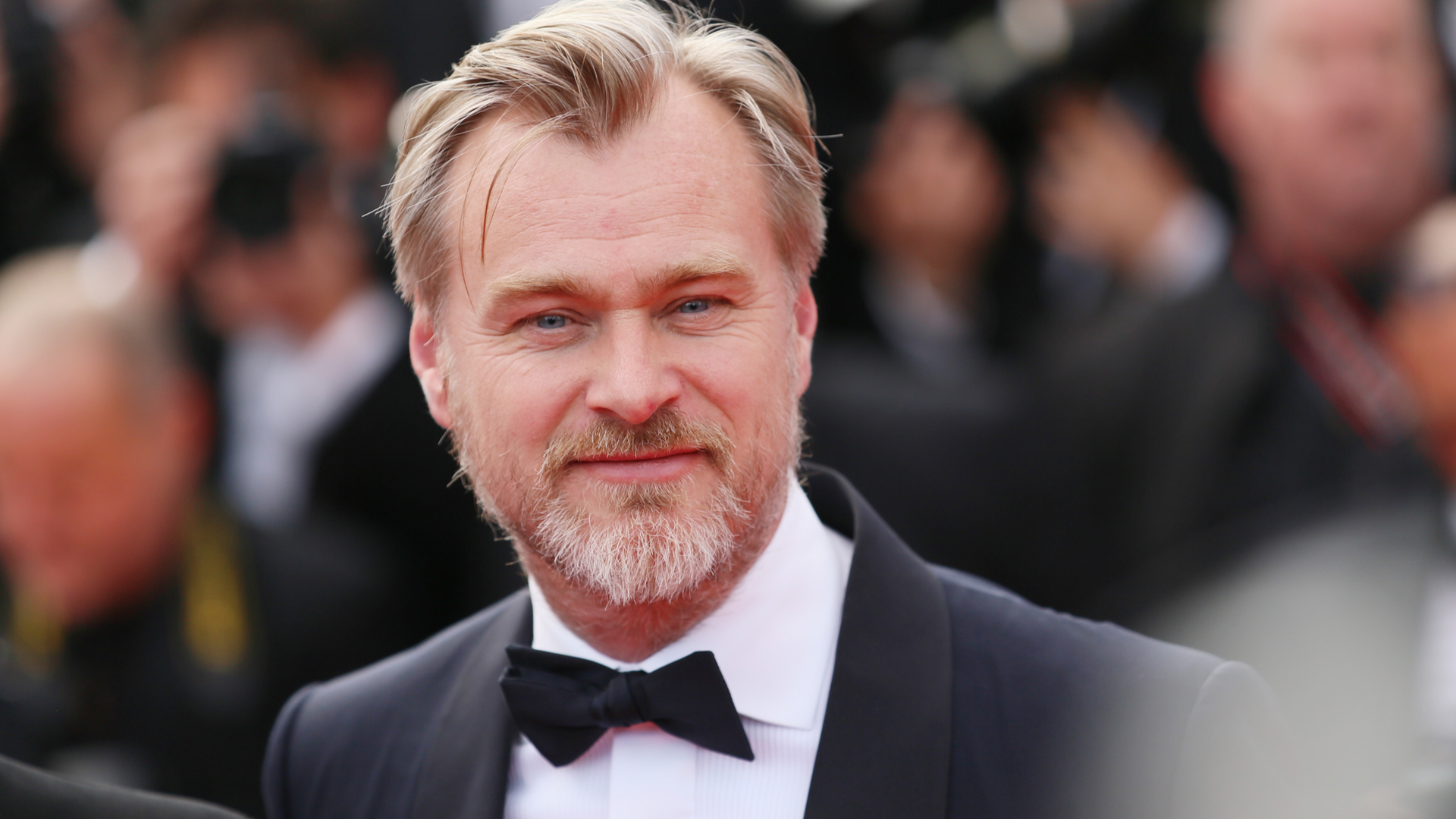 It was reported last week that visionary director Christopher Nolan signed with Universal for his next film, officially ending a nine-film streak with Warner Bros. that started with 2002’s Insomnia.

Now, The Hollywood Reporter has lifted the veil on what the studio and filmmaker’s high-level negotiations entailed, offering alleged insider accounts on budgets, theatrical windows and more.

According to the report, multiple studios attempted to court the blockbuster director, who came with a number of large demands on which he was unwilling to budge.

These demands reportedly included a $100 million production budget for his upcoming biopic about American theoretical physicist J. Robert Oppenheimer, along with an equally large marketing spend.

Additionally, Nolan also demanded “total creative control, 20 percent of first-dollar gross, and a blackout period from which the studio wherein the company would not release another movie three weeks before or three weeks after his release.”

For Nolan, the big deciding factor allegedly came down to the film’s theatrical window – Nolan apparently insisted it be at least 100 days, which is more than double Universal’s usual timeframe.

It’s said that apart from Universal, only Apple and Sony were legitimately in the running to sign Nolan (Paramount reportedly bowed out early in negotiations), with the studios eager and willing to meet Nolan’s budget and back-end requirements. Apple, however, wasn’t prepared to commit to such a long theatrical window.

Sony reportedly came close, noting its recent success with Quentin Tarantino’s Once Upon A Time In Hollywood, though the ultimate decision reportedly came down to Nolan’s existing relationship with Universal chief Donna Langley, who’s said to have spent years trying to court the director.

Jesse Spencer Departs Chicago Fire After 200 Episodes — But He May Return: 'A Perfect Full Circle'

Hollie Smith heading back into the studio wasn’t necessarily born from a lightning bolt of inspiration, or a desperate need to keep creating. Instead, it was a slow, steady build ... Read more »

© Screenshot: Capcom A screenshot from Resident Evil 4 This entire section of the post-credits cutscene has reportedly been removed The upcoming VR version of Resident Evil 4, which by ... Read more »

© Bang Showbiz Meghan, Duchess of Sussex Meghan, the Duchess of Sussex, felt “overjoyed and overwhelmed” after welcoming her daughter into the world. The former ‘Suits’ actress – who has ... Read more »

© Bang Showbiz Freida Pinto Freida Pinto is married. The 37-year-old actress secretly tied the knot with Cory Tran – who she got engaged to in 2019 after two years ... Read more »

© Bang Showbiz Issa Rae Issa Rae’s wedding was a “beautiful experience”. The 36-year-old actress married Louis Diame in the South of France in July and she admitted she felt ... Read more »

SEOUL, Oct. 21 (Yonhap) — Actor Kim Seon-ho’s alleged former girlfriend has said she received an apology from him and there was an unspecified “misunderstanding” between them, after her claim ... Read more »

Ralph Carmichael, Composer for ‘The Blob,' ‘My Mother the Car,' Dies at 94

PERRYSBURG, Ohio (WTVG) – Before the COVID-19 pandemic, a live audience was something you’d expect at a concert. © Provided by Toledo WTVG The Perrysburg Symphony Orchestra is preparing for ... Read more »

LOUISVILLE, Ky. (WAVE) – A grand jury has indicted the leader of an armed, self-proclaimed militia that protested in Louisville during the 2020 riots on new state charges, accused of pointing an ... Read more »

What in the World Is This 18-Hour Play?

© Provided by Fodor’s First, let me set the stage for you—literally. It’s got a double proscenium structure, which makes it seem that the action takes place far away from ... Read more »

For music journalist Kelefa Sanneh, pop is a passion and a ‘portal into everything'

If you’re fortunate enough to be accepted into Harvard, you’ve earned an elite education. For Kelefa Sanneh, however, the world opened up not behind the gates of Harvard Yard, but ... Read more »

MTU Rozsa happy to have shows

HOUGHTON, Mich. (WLUC) – Live musical performances are returning to Michigan Tech at the Rozsa Center and so are live audiences. © Provided by Marquette WLUC Practice makes perfect The ... Read more »

© Provided by US Weekly Carrie Underwood Trolls Husband Mike Fisher Over Habits She ‘Wouldn’t Put Up With’ If She Didn’t Love Him Putting him on notice! Carrie Underwood exposed husband ... Read more »

Atarayo Billboard Japan and TikTok teamed up once again to present Next Fire, the hybrid program focusing on today’s hottest J-pop artists. Atarayo was featured as the monthly pickup act ... Read more »

Gwyneth Paltrow tackles taboos in the bedroom on Netflix

Gwyneth Paltrow, the Oscar-winner and entrepreneur behind the goop beauty and wellness brand, opens up in the six-episode Netflix series “Sex, Love & goop” aimed at improving the relationships and ... Read more »

Gwyneth Paltrow and Brad Falchuk are still 'in the honeymoon phase'

© Provided by Daily Mail MailOnline logo Even after three years of marriage and a global pandemic, Gwyneth Paltrow and her husband Brad Falchuk still consider themselves ‘in the honeymoon phase.’  The couple, ... Read more »

© Provided by Are Media Pty Ltd Chyka Keebaugh became an instant fan favourite for her calm temperament and nurturing nature on RHOM. The Melbourne mother-of-two, who first appeared on ... Read more »

"History." All the best reactions to the first episode of The Bachelorette 2021.

The music stopped walkers in their tracks. The booming notes rarely echoed through Balboa Park at 7:30 in the morning. © Provided by NBC San Diego Raul Prieto Ramirez is ... Read more »

© Glamsham/Instagram/Twitter Reasons why you must watch Babloo Bachelor! Babloo Bachelor is finally in theaters now! Post second wave of Covid , now on 22 Oct along with Maharashtra all ... Read more »

The Chris Stapleton concert that was scheduled for Thursday at Riverbend Music Center has been postponed. © Robb Cohen Chris Stapleton performs as the opener for George Strait at Mercedes ... Read more »

Kate Beckinsale Says Her High IQ May Have Been a 'Handicap' in Her Career: 'It's Really Not Helpful'

Billie Eilish Joins The Legions Of Celebrities With Fragrances, But This Perfume Has A Major Difference

'What do we want? Accountability!': Netflix employees protest over Chappelle special

The Suns made the Finals. The NBA's turning 75. Of course Mega Ran made a basketball album

Inside Climate Pledge Arena: New venue is a ‘very Seattle' mix of high-tech and deluxe experiences