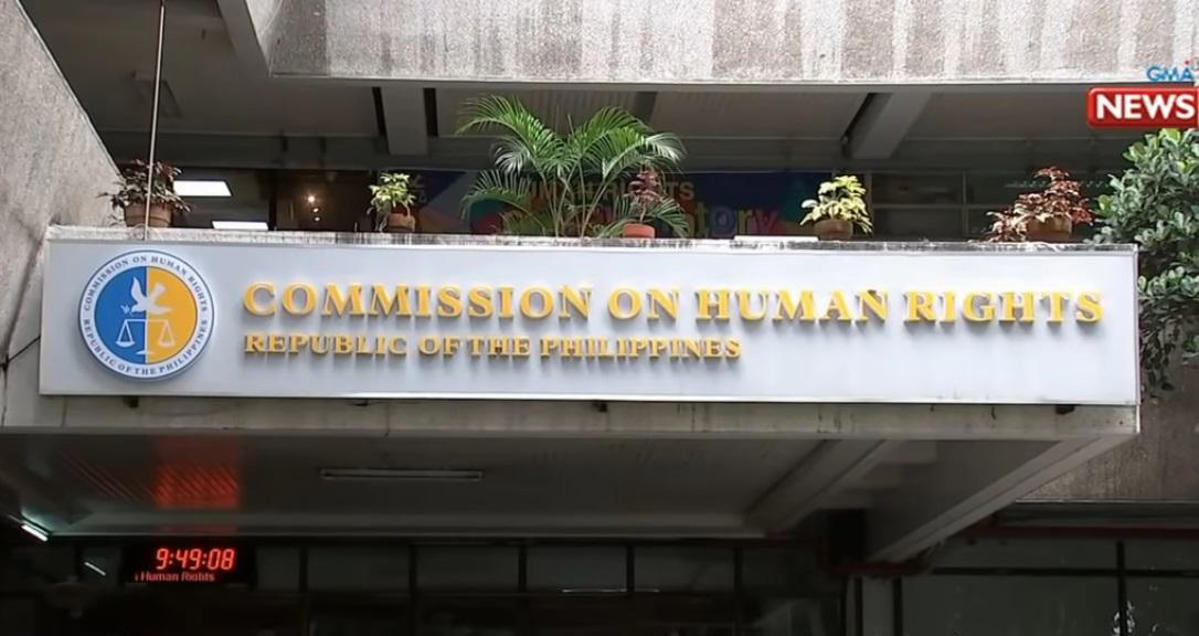 The Commission on Human Rights (CHR) on Friday appealed to the government to cooperate in the International Criminal Court’s (ICC) investigation into the drug war killings in the Philippines.

Interviewed on Unang Balita, CHR commissioner Karen Gomez-Dumpit said the commission is also willing to help the ICC in its investigation if requested by the international body.

(We appeal to the government to cooperate with the ICC. If they’re saying that the justice system in the country is still functioning, then they must show it and it must be felt by the families of the victims.)

“If there is no cooperation, it shows an unwillingness to cooperate.”

Malacañang has insisted that the ICC has no jurisdiction over the Philippines since the country has already withdrawn from the Rome Statute, the treaty that established the ICC.

It also said that the ICC could not probe the Philippines since the country’s justice system is still functioning.

In a statement on Wednesday, the ICC said that its Pre-Trial Chamber 1 has granted then-Prosecutor Fatou Bensouda’s June 14 request to probe crimes “allegedly committed on the territory of the Philippines between 1 November 2011 and 16 March 2019 in the context of the so-called ‘war on drugs’ campaign.”

Dumpit said the ICC probe is “a step in the right direction” although she admitted that “there is still a long road ahead.

“Yes, this is a step in the right direction kasi papunta tayao sa addressing the impunity in our country, but of course there is still a long road ahead,” she said.

The official noted that there is not enough government investigation into the killings related to the Duterte administration’s war on drugs. She also said the such investigation is slow.

(There is not enough investigation. There’s hardly any progress in cases. They’ve been saying there is an investigation for years already.)

Dumpit said the ICC has not yet communicated with the CHR regarding the investigation, but she added that the commission is ready to help if ever such a request is made.

The CHR is conducting its own investigation into what Dumpit described as “systemic widespread attack” on drug suspects but it is hindered by alleged non-cooperation by law enforcement authorities.

The police maintained that those killed in the drug war — with numbers ranging from 6,000 to over 20,000 since 2016 — were those who fought it out with authorities during operations. –KBK, GMA News

Durham investigation: Garland hopes 'as much as possible' of report will be public

A disappointed Andy Murray lost in straight sets at the Vienna Open title to Spanish wonderkid Carlos Alcaraz Garfia. The former Wimbledon champion never got going against the 18-year-old on ... Read more »

A Brazilian Senate commission approved a damning report on Tuesday that recommends criminal charges be brought against President Jair Bolsonaro, including crimes against humanity, for his Covid policies. Seven of ... Read more »

D.A. on possibility of charges against Alec Baldwin in Rust tragedy: 'All options are on the table'

What a bizarre week for Manchester United. It appeared Ole Gunnar Solskjaer’s days were over but now the Norwegian will be given yet another chance at redemption. Not many managers ... Read more »

Hull FC have signed Fiji prop Kane Evans from New Zealand Warriors on a two-year contract. The 29-year-old, who made 130 NRL appearances with Sydney Roosters, Parramatta Eels and the ... Read more »

Rishi Sunak has unveiled a budget that will see the Scottish Government receive an extra £4.6 billion a year. © Prime Minister Boris Johnson with Chancellor of the Exchequer Rishi ... Read more »

Ryan Mayse believes it was inevitable that Tyrone All-Ireland hero Niall Morgan would bring a winning mentality and commanding presence to the Dungannon Swifts changing room. Morgan, who lifted the ... Read more »

The Haunted Carousel is this week's Hearthstone Tavern Brawl

© Provided by Dot Esports This week’s Hearthstone Tavern Brawl is perfect for the spooky season. The horseman has haunted the carousel and you’re going for a wild ride. This ... Read more »

Budget alcohol changes: Check how much a drink will soon cost you - from wine to cider

The Chancellor has thoroughly shaken up the UK’s system of alcohol duties with a raft of changes that have broadly benefited people who prefer weaker drinks. Rishi Sunak, who is ... Read more »

On October 25, a post from a certain Johnny Batumbakal circled on social media accusing the Miss Universe PH 2021 Beatrice Gomez of cheating on her partner Kate Jagdon with ... Read more »

It is easy to forget in the middle of all that sound and light, the frivolity in the stands – not to mention, in Abu Dhabi, a PA system overseen ... Read more »

Apex Legends activist badges will return permanently in next update

© Provided by GamePur Apex Legends offers a variety of cosmetics, like the new Día de los Muertos character and weapon skins. Those skins, like many in the past, are ... Read more »

Qatar: Drivers free to say whatever they want to say

Qatar will not silence Formula 1’s drivers when they head to the Losail circuit, adamant they are “free to say” what they want. © PA Images F1 drivers take a ... Read more »

Manchester City fans were a happy bunch ahead of kick-off on Wednesday night as Pep Guardiola gave Raheem Sterling and Cole Palmer a start against West Ham in the Carabao ... Read more »

© Ryan Remiorz / The Canadian Press Polling conducted for Elections Canada fond that Canadians largely trust their institutions, but a significant number could be falling prey to conspiracy theories. ... Read more »

'I heard a thud': Weeping suspect in toddler's death testifies she fell down

CALGARY — A Calgary man who has admitted to killing his girlfriend has testified he had nothing to do with the death of her 22-month-old daughter. © Provided by The ... Read more »

MONTREAL — A legal challenge to Quebec’s vaccination mandate for health-care workers is being heard today in Quebec Superior Court. © Provided by The Canadian Press The provincial government plans ... Read more »

A secret settlement between Jeffrey Epstein and longtime accuser Virginia Roberts Giuffre will remain under wraps in Giuffre’s lawsuit against Prince Andrew, a judge ruled Wednesday. The Duke of York’s ... Read more »

© Provided by NBC Sports Washington welcomed right guard Brandon Scherff back to the practice field on Wednesday. Scherff has missed the last three games with a knee injury and ... Read more »

The Chicago Bulls experienced the first major threat to their undefeated season Wednesday. All-Star guard Zach LaVine is reportedly dealing with a small ligament tear on the thumb of his ... Read more »

© Provided by Pinkvilla In today’s episode, everyone rejoices as Shenbagam recalls Roja’s childhood. Shenbagam checks Roja’s hand for the mark she received while burning crackers. Kalpana claims that the ... Read more »

© Provided by Pinkvilla In today’s episode, Dhingri tells Khimji that Anandi was absent from school today. Everyone gets shocked and worried after this. Anandi urges Premji that she wants ... Read more »

© Provided by City AM The Budget was a “missed opportunity” for the country’s steel sector, argues the UK Steel and Community Union. The organisation has criticised Chancellor Rishi Sunak, ... Read more »

© Provided by Pinkvilla Queen’s Gambit star Anya Taylor-Joy recently shared a very special secret talent and how she makes use of it! While making an appearance on The Late ... Read more »

© GiveMeSport p1fj1ccceg1ssj10lh12dstc2sf5r.jpg According to reports, Ole Gunnar Solskjaer will be given time to turn things around at Manchester United. The Norwegian is under serious pressure following the humiliating 5-0 ... Read more »

© Ariel Schalit Israel has given the go-ahead to build a further 3,000 homes for settlers on the occupied West Bank (AP Photo/Ariel Schalit) A settlement monitor has said that ... Read more »

SHOCKING! Esha Gupta REVEALS two horrible casting-couch experiences with a director and producer; was almost replaced after she stood her ground

© Provided by BollywoodLife.com It’s been 9 years since model-turned-actress Esha Gupta made successful Bollywood debut opposite Emraan Hashmi in their 2021 film Jannat 2. And with time, the actress ... Read more »

© Provided by Pinkvilla Actor Bill Murray may finally be joining Marvel’s cinematic universe! While chatting with Variety in a new interview, the 71-year-old actor couldn’t stop himself from dropping ... Read more »

© Provided by Evoke.ie In terrific news, Tiger King, the global phenomenon that gripped Netflix audiences over the world in 2020, will soon be making a dramatic return to our ... Read more »

© Sam Boal via RollingNews.ie This afternoon’s rainfall radar. A STATUS ORANGE rain warning is place for three south-eastern counties until tomorrow morning with seven other counties under a Status ... Read more »

THE GOVERNMENT IS set to introduce legislation that will give improved legal protection to workers’ tips. Leo Varadkar said today that the Cabinet had given approval to proposed legislation that ... Read more »

© Provided by Football League World tyrhys dolan Blackburn Rovers winger Tyryhs Dolan has admitted that his main aim for the current campaign is to reach double-figures in terms of ... Read more »

Budget 2021: Five charts that explain everything you need to know about this autumn's budget

Germany: Hendrik Wüst to take helm of most populous state

DBE: No incidents reported at exam venues on day 1

Higher officials in government should be open to consultations, not let ego come in the way: Gadkari

WhatsApp chats and Section 65 of Evidence Act: How it can impact Aryan Khan's case