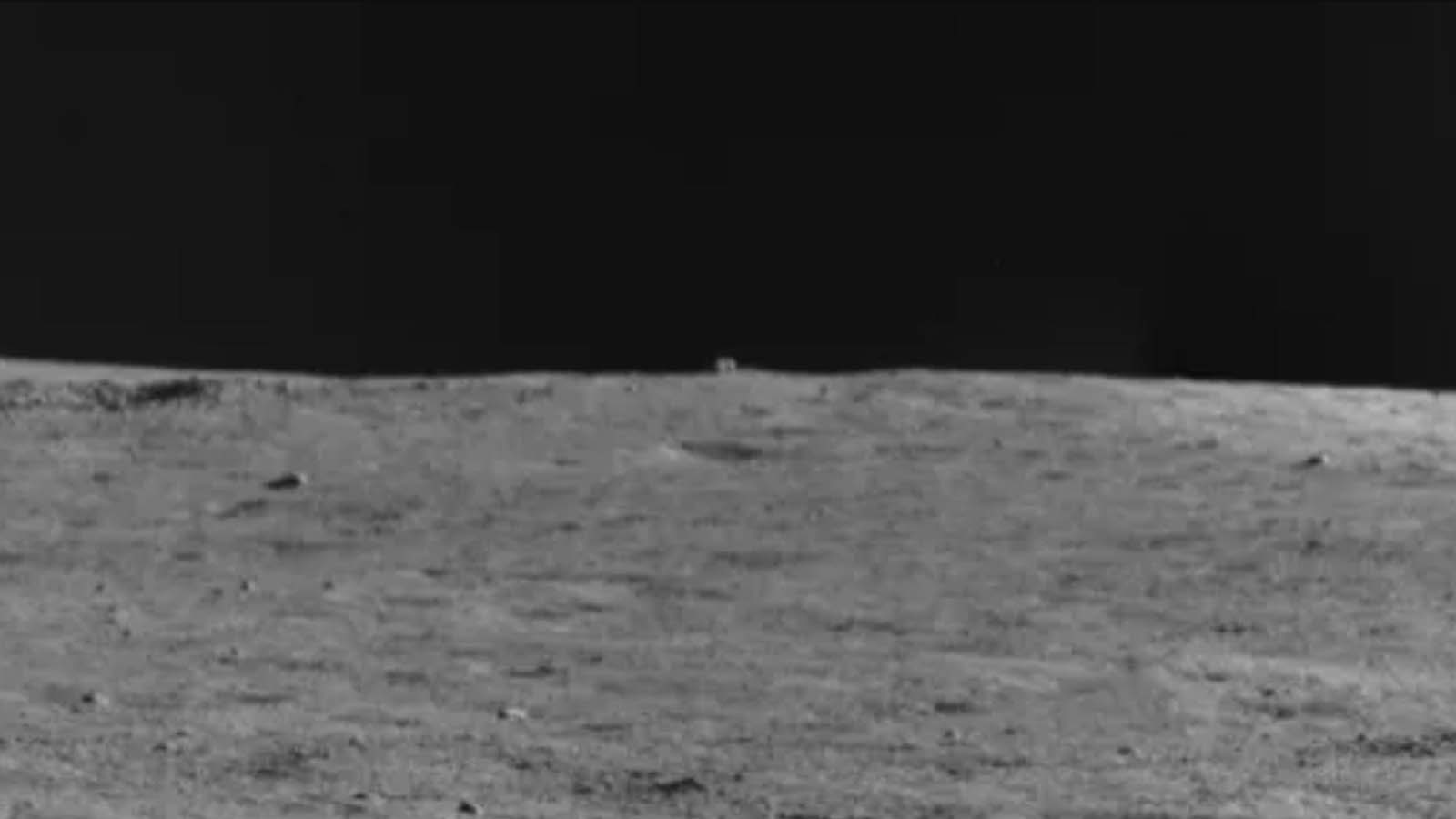 The Chinese Yutu-2 lunar rover just spotted a cube-shaped “mystery hut” along the horizon as it explores the far side of the moon and is currently driving over to investigate.

While working in the moon’s Von Kármán crater in November, according to Space, the rover caught sight of the striking break in the horizon about 80 meters away to the north, and has since been dubbed 神秘小屋, which translates to “mystery house” or “mystery hut”.

The sighting was first reported on the lander’s “diary” operated by the Chinese language science service Our Space, which is affiliated with the China National Space Administration (CSNA).

Ah. We have an update from Yutu-2 on the lunar far side, including an image of a cubic shape on the northern horizon ~80m away from the rover in Von Kármán crater. Referred to as “神秘小屋” (“mystery house”), the next 2-3 lunar days will be spent getting closer to check it out. pic.twitter.com/LWPZoWN05IDecember 3, 2021

According to the mission diary, the rover is heading over to the object to investigate, which scientists suspect is a boulder that was kicked up during an impact event at some point.

Piloting a rover on the lunar surface isn’t easy, though, so it will take two to three months to get close enough to the object to get a better look. The rover was launched from China’s Chang’e-4 lunar lander in 2019 after the lander performed the first ever soft landing on the far side of the moon.

While SpaceX and the ongoing tussle between the United States and Russia over the International Space Station tend to dominate the news, China’s space program is making major advances.

In addition to its lunar lander, China put a rover on Mars this year, less than a decade after it’s first successful lunar lander (Chang’e-3) touched down in 2013. China is also building its Tiangong space station in Low Earth Orbit, which it expects to complete by the end of 2022.

What’s more, China says it plans to establish a research station on the moon by 2029. Given its rapid advances in space exploration, the makings of a major space race between the US and China appears to be in the offing.

This Electric Motocross Bike Is Built For Experts and Joyriders Alike

When most people think of a motorcycle, it is assumed you need to be an expert to ride it and maintain it. However, there is a new wave of bikes ... Read more »

Anyone born after 1996 belongs to Generation Z, a diverse cohort that may well become the most educated generation to date. They are digital natives who communicate primarily through social media and texts, ... Read more »

Like most things in the blockchain ecosystem, the NFT industry has cycled through periods of intense and mild interest. But with this year’s surge in adoption from artists, athletes, celebrities, influencers, ... Read more »

Arsenal have blown their two realistic chances of silverware within a short space of time. The bright side is that the Gunners can now focus on securing European qualification and ... Read more »