Celebrities that were homeschooled

The contemporary homeschooling movement started in the ’70s, when the educational theorist John Holt questioned the methods of schooling and its effect on the students. Holt himself was a teacher and worked in private schools. In his book ‘How Children Fail,’ published in 1964, the supporter of school reform made the observation that children love to learn, but don’t like being taught because it makes them unnaturally self-conscious about learning. He also concludes that every child is intelligent. Holt was joined by educational theorist Raymond Moore, and together they inspired the first homeschooled students. Moore stated that early schooling could be harmful for the child, and it was best for children to be schooled at home until they turn eight or nine.

Despite its challenging aspect, there are plenty of reasons for parents to choose to teach their children at home. Celebrities such as Whoopi Goldberg, Justin Timberlake, and Emma Watson opted for a home education due to their busy professional schedules, and that didn’t stop them from achieving their goals and becoming the successful artists they are today.

Click through this gallery and discover which other celebs were educated at home. 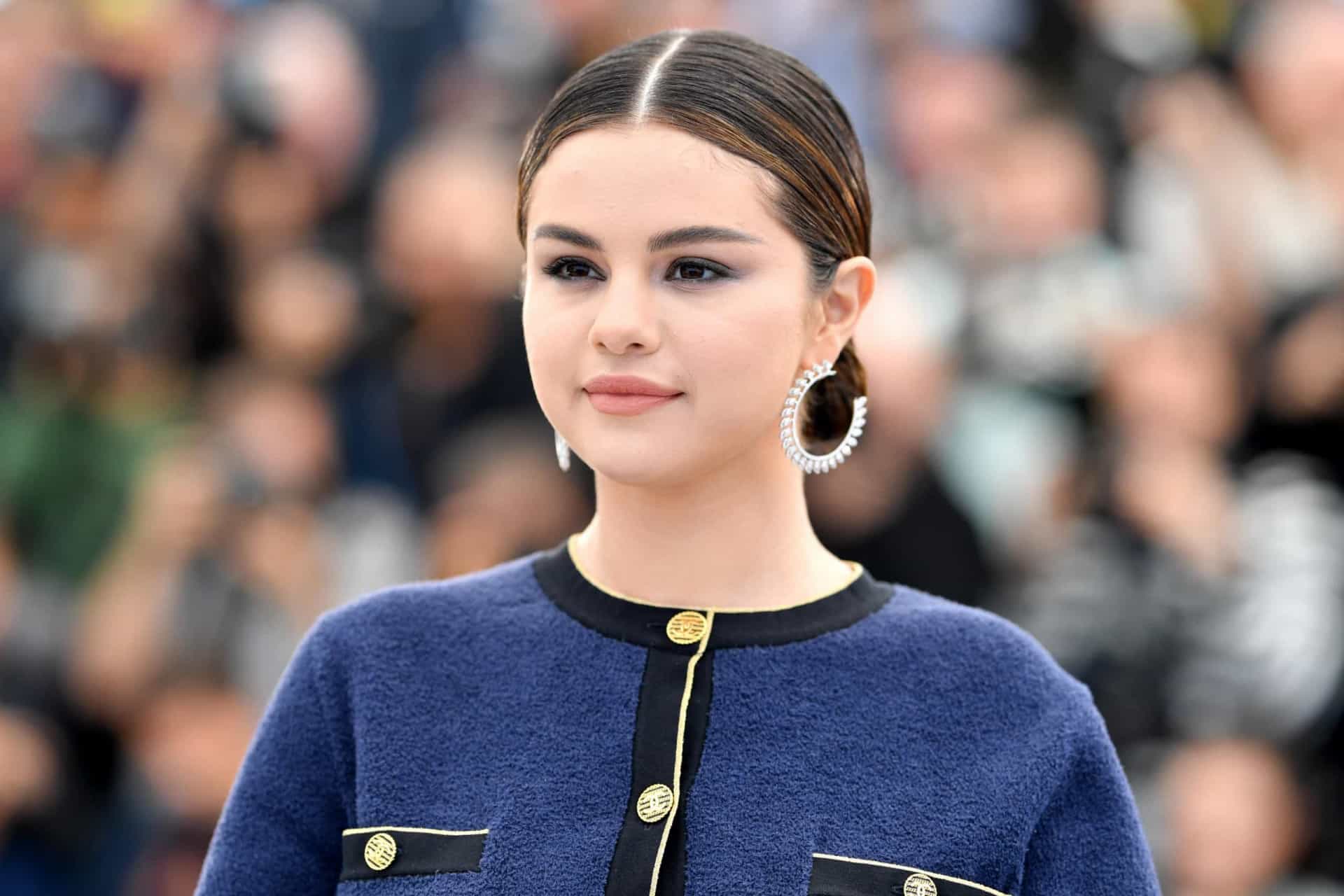 The star didn’t really like the idea of being homeschooled at all. “I actually cried. We were moving and I had no choice. I was like, ‘I’m not going to get a locker and I’m not going to go to prom,'” she told OK! magazine. She doesn’t seem too bad off in the long run though. The award-winning singer and songwriter appeared on Disney’s The Mickey Mouse Club when she was a child. After returning to her public school, she got often bullied by her schoolmates. That’s why her parents allowed her to be homeschooled. The actor had ADHD when he was a child and was bullied by his schoolmates. His mother eventually decided to homeschool him when he was 10 years old. 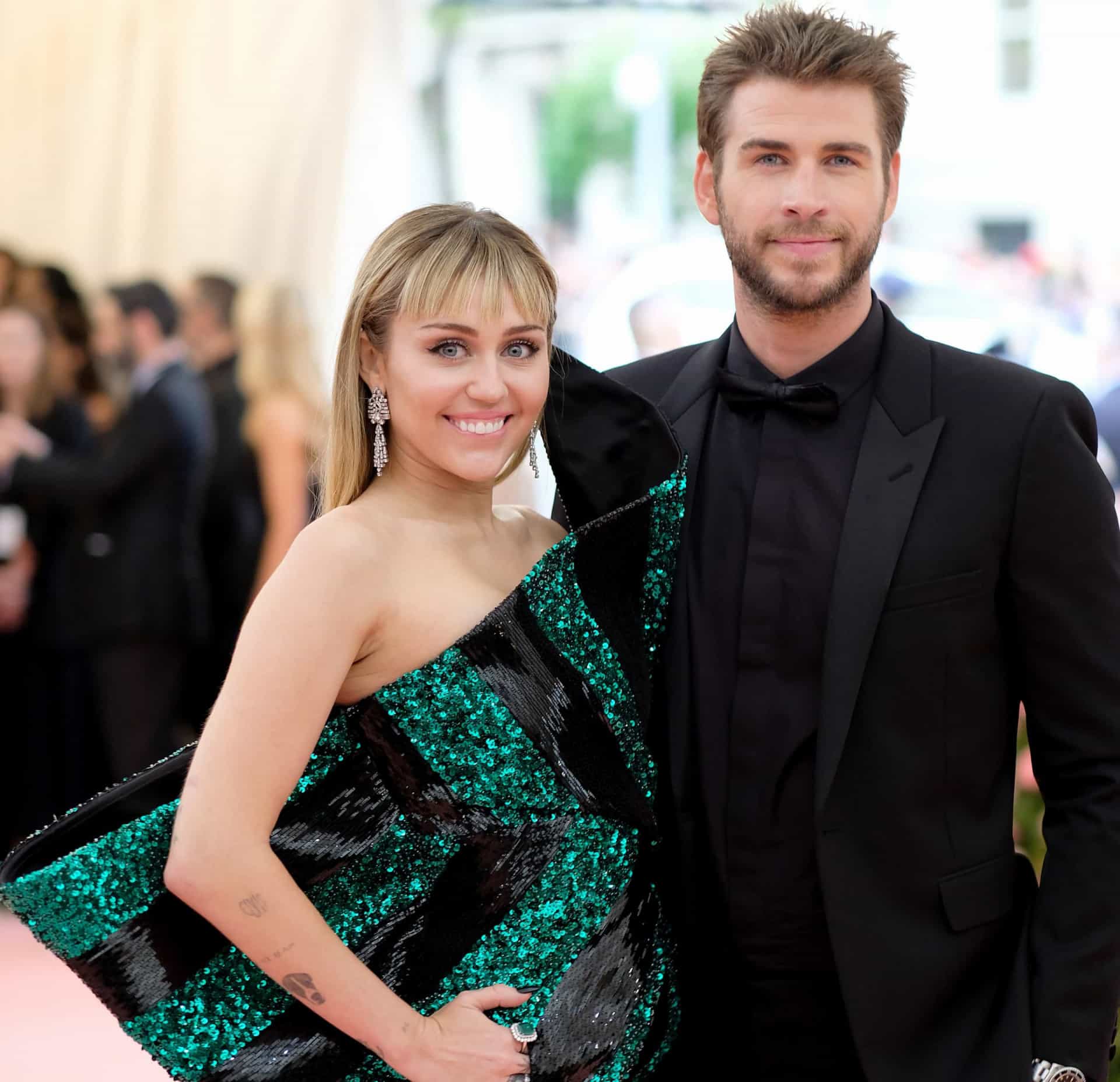 The ‘Hannah Montana’ star and daughter of country music legend Billy Ray Cyrus was a quite busy child and never really experienced a “normal” life. “I didn’t really know anything else. Because of my dad, I was always home-schooled, I would go on tour with my dad. I didn’t really know what a normal life was. So when people ask me if I miss it, you can’t really miss anything you don’t know,” she said in an interview. 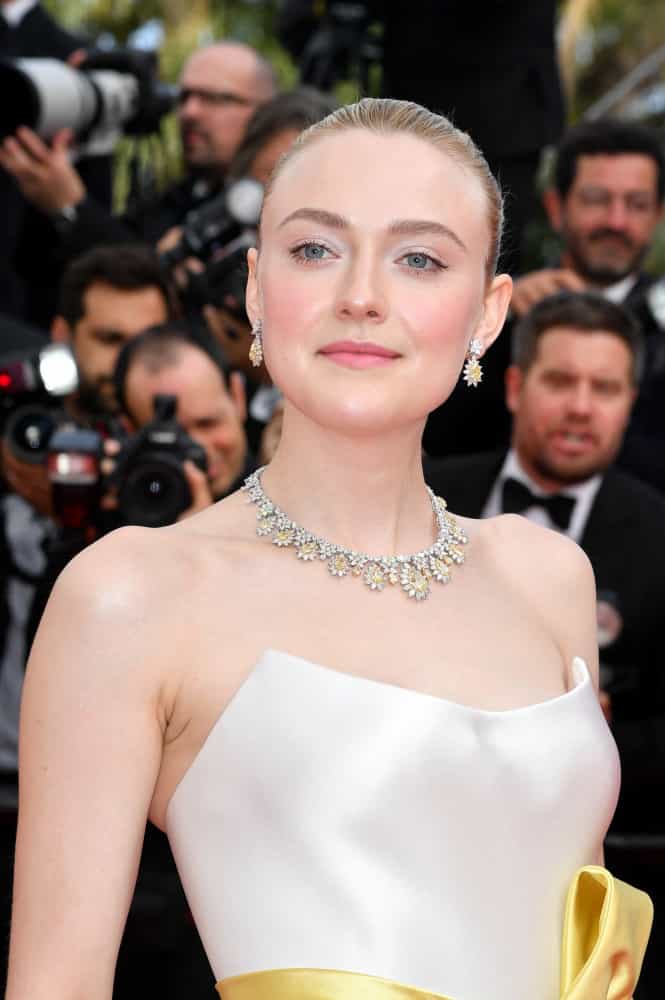 Justin Bieber was homeschooled for four years before graduating in 2012 from St. Michael Catholic Secondary School in Stratford, Ontario. While most five-year-old kids are in school, Fanning was already working as an actress and won a Screen Actors Guild Award in 2002 for her role in ‘I Am Sam.’ Homeschooling was a more convenient alternative for this busy child star. 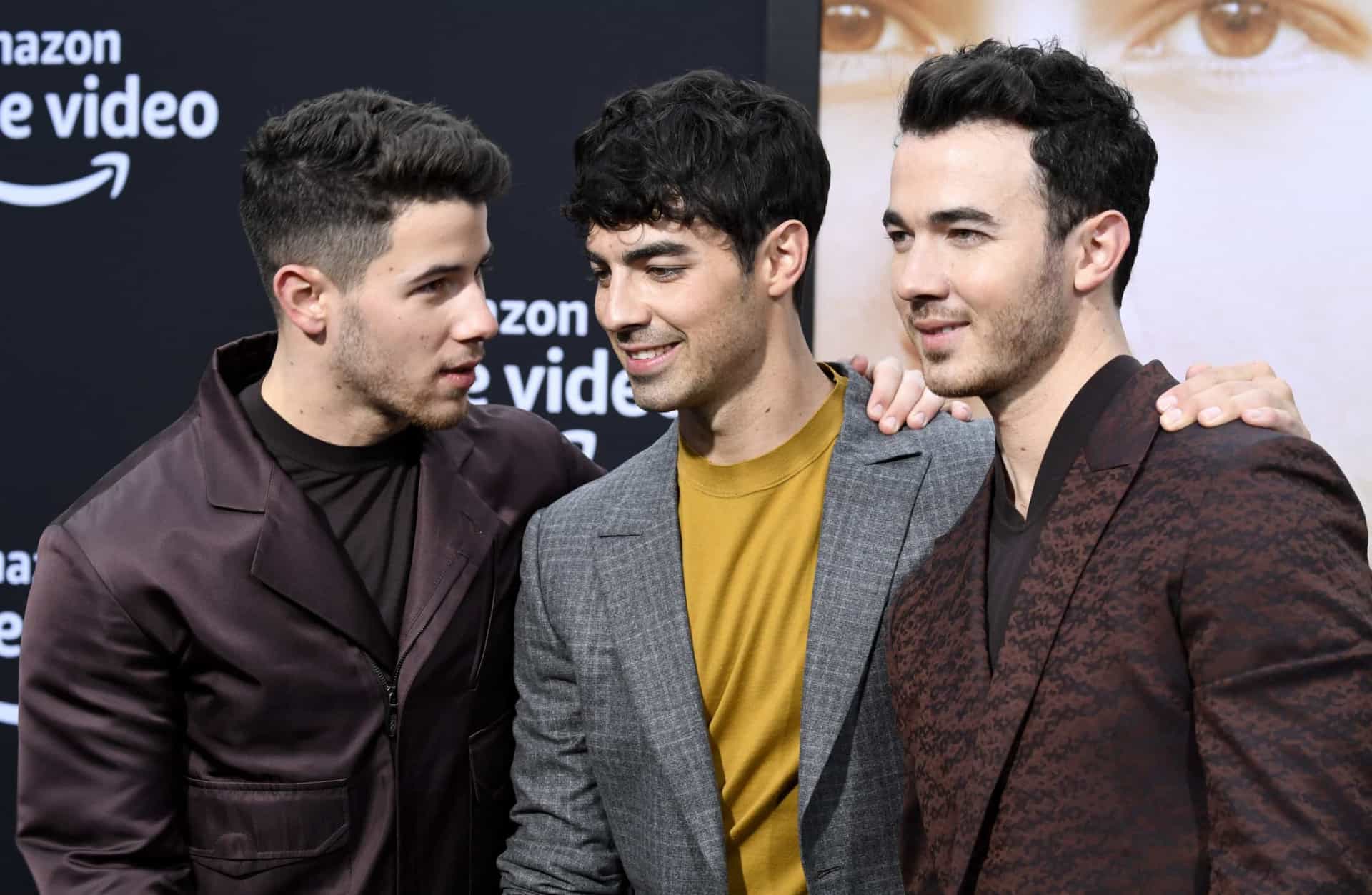 Just like her sister, Elle too was being taught at home. Her grandmother homeschooled her until third grade, but the actress felt she was missing out on all the stuff that children of her age experience at school. Her mom eventually put her in school in fourth grade. The popular trio comes from a family of artists. Their parents were also performing artists and they traveled everywhere together. The brothers were schooled at home until they all graduated from high school. 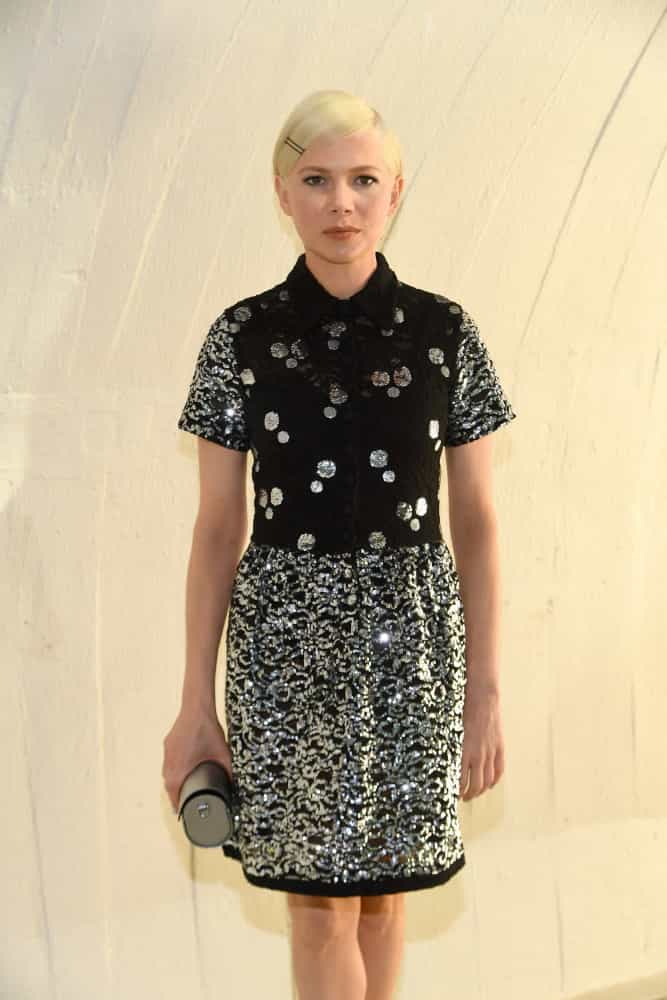 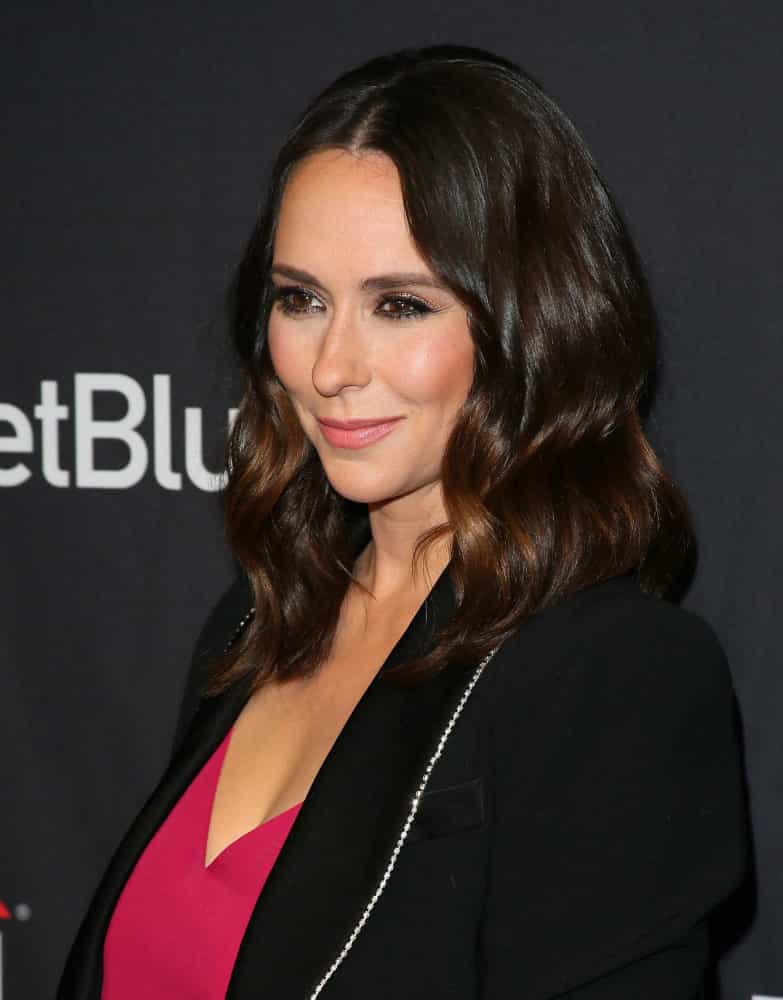 Lovato had a harsh time at school. “Bullying is something I went through when I was 12 years old. I actually ended up leaving school because of it,” the actress said in a documentary. The bullying forced her to be schooled at home with Selena Gomez, who later became a good friend. Williams’ decision to be homeschooled was not only because of her busy schedule, but also due to the fact that she was emancipated from her parents at the age of 15. The actress landed her first role on Disney’s series ‘Kids Incorporated,’ but had already appeared in several commercials as a child. This made it difficult for her to attend school with other children, so she was homeschooled until high school. The former United States Secretary of State was homeschooled in the first grade by her mother, because she was too young to attend classes after she graduated from kindergarten. Both tennis champions are products of homeschooling because their parents wanted them to be focused on their tennis training. 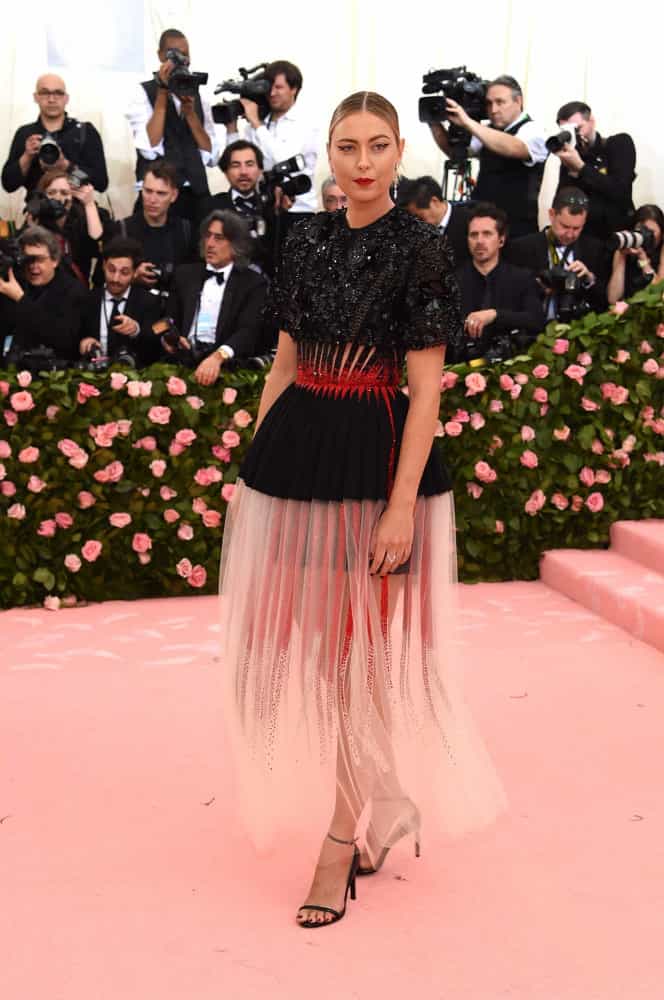 “My homeschooling has been a great experience. I feel like I’ve had the best senior year possible. It’s awesome that I’ve been able to stay on the same path to graduating that I would’ve been on if I’d stayed in high school. I’m going to graduate this year, and I’m so excited about that. My education was always a big deal to me, and I’m so glad home schooling allowed me to keep it up,” Swift told CMT in 2007. Tennis star Maria Sharapova enjoyed a homeschool education from the age of eleven so she could focus on her tennis training. As her acting career took off, Steinfeld’s parents offered to homeschool her. The star—who was also victim of bullying—saw it as a great opportunity to escape from the torment. Timberlake was homeschooled from sixth grade onward to make time for his musical career. ‘Harry Potter’ star Emma Watson has lived in the public eye since age ten. She reverted to homeschooling and worked with a tutor on and off set. The singer went to a regular school until his music career took off, and was schooled at home from the age of sixteen. 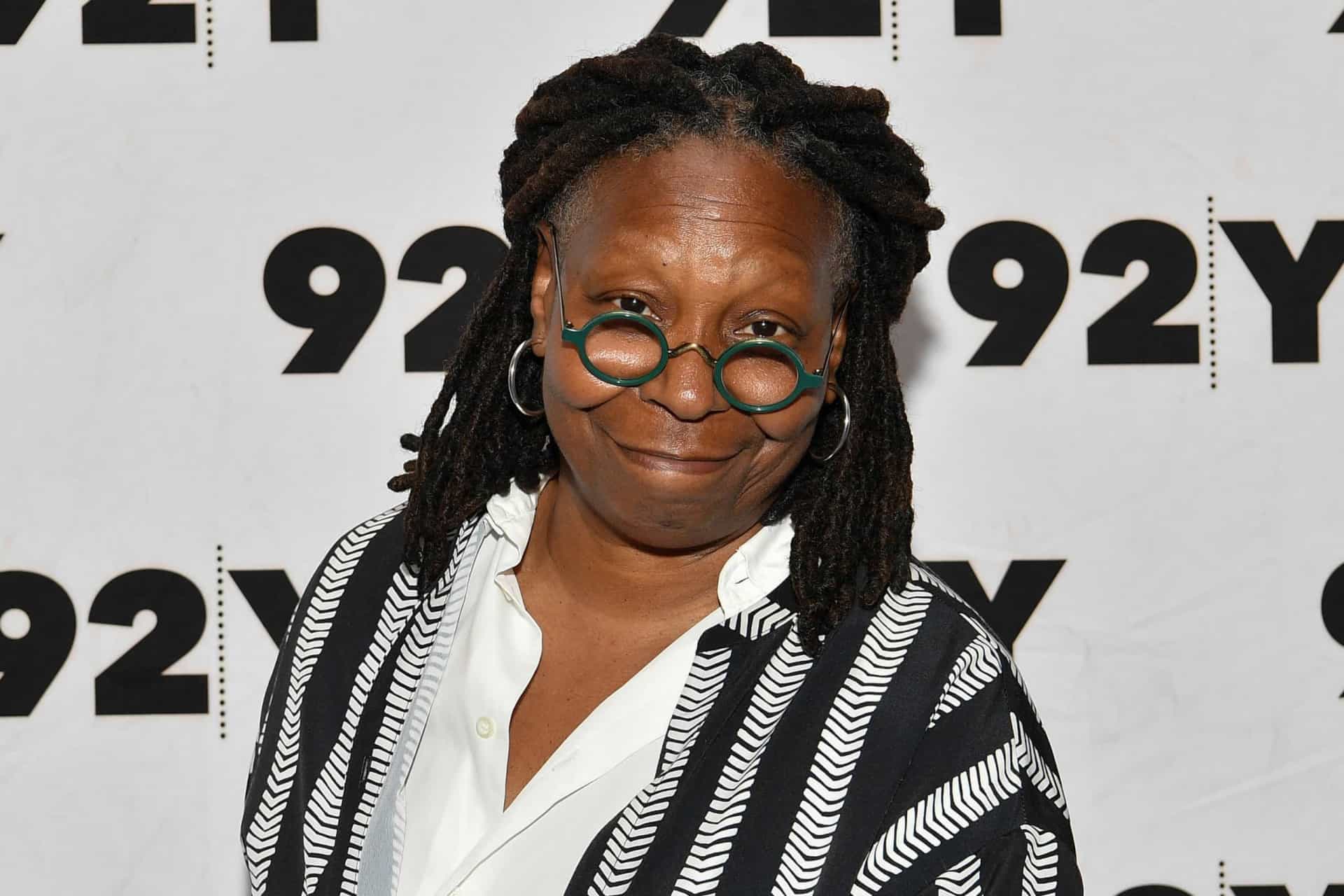 The actor—who started his career as a child—was homeschooled starting at eight years old. 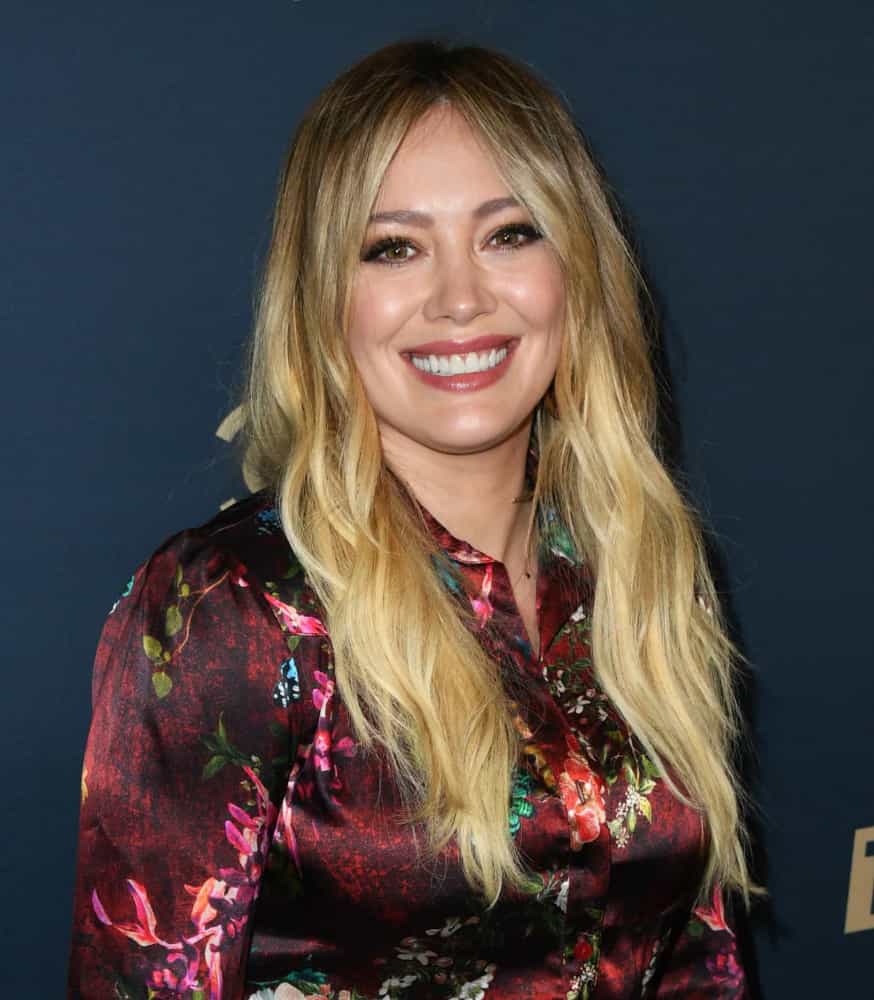 Stewart doesn’t have good memories of her school years and describes it as “uncomfortable.” “My teachers failed me. Not one, but all of them, ” she told GQ. She turned to homeschooling and enjoyed a more flexible school education. The child star was homeschooled from eighth grade onwards. However the actress still attended the traditional high school events, including prom. Goldberg didn’t attend a regular school and was homeschooled. That didn’t stopped her from turning into a successful actress and one of the few people to have achieved EGOT status (Emmy, Grammy, Oscar and Tony). Duff was homeschooled by her mother from age eight onward.

Australia now offers 'game-changing' self-test for cervical cancer. How does it work and why is screening important for women?

© Mick Tsikas/AAP PHOTOS Sydney commuters are in for a “messy day” as the rail union pushes ahead with industrial action. The rail union says there is a “long way ... Read more »

There are fears a New South Wales bee breeding 'palace' is under threat, a week on from varroa mite being detected at the Port of Newcastle. Key points: Millions of bees and their hives ... Read more »

Florida, Kentucky abortion restrictions and bans put on hold by US judges

Judges in Florida and Kentucky have moved to block those states from enforcing bans or restrictions on abortion after the US Supreme Court last week overturned the 1973 Roe v Wade decision. Key ... Read more »

With English tennis fans seeking a new home heroine following the exit of Emma Raducanu, 25-year-old Katie Boulter has emerged as one to watch after she came back from a ... Read more »

Sydney in for 'messy day' on rail network

It's time for a news quiz: How much do you remember from the week that was?

Get ready to test your news knowledge and see how you compare to other readers. Good luck! Loading Read more »

A coroner has found relatives of a baby boy deliberately covered up what transpired in the lead-up to the child’s death from serious non-accidental head injuries.  Aboriginal and Torres Strait ... Read more »

Parts of northern New South Wales that flooded twice earlier this year are forecast to miss the heaviest rainfall from a weather system that could bring “a month's worth of rain ... Read more »

Rafa reveals how close he was to retiring

Rafael Nadal is through to the third round of Wimbledon for the 11th time – but it was his post-match comments that got the most attention. After getting past Ricardas ... Read more »

© Provided by The Guardian Photograph: David Mariuz/AAP A week after Roe v Wade was overturned in the US, and just days before new abortion laws begin in South Australia, ... Read more »

England’s only problem? They have forgotten what adversity feels like

© Provided by The Guardian Photograph: Ennio Leanza/EPA It has reached the point where possibly the biggest concern about England is that they are still to lose under Sarina Wiegman’s ... Read more »

© Provided by Dot Esports Halo Waypoint posted a blog today with some new details about the co-op testing period that is planned to begin the week of July 11 ... Read more »

© Provided by DBLTAP Recently, an Apex Legends player has discovered a brand new animation for the new Valkyrie “Suzaku” Heirloom. The heirloom was released with the start of the ... Read more »

Ajay Malhotra's party store in Perth's south sells more than 7,000 products, but many of them may end up in landfill as the first phase of Western Australia's single-use plastics ban ... Read more »

Nick Kyrgios has pulled out of his doubles quest at Wimbledon to concentrate on what could be his best charge yet at the singles crown. Key points: Kyrgios swept past Serbian Filip Krajinovic ... Read more »

‘Black Bird’ Cast Remembers Co-Star Ray Liotta at Premiere: ‘He Meant Everything to Us’

© Scott Kirkland/Sipa USA)(Sipa via AP Images True crime is all the craze on the small screen. Now, “Black Bird” is looking to shake things up. The series, starring Taron ... Read more »

© Reuters/Dado Ruvic FILE PHOTO: A U.S. dollar note is seen in front of a stock graph in this picture illustration By John McCrank NEW YORK (Reuters) – The one-year ... Read more »

The US Supreme Court has imposed limits on the United States government's authority to issue sweeping regulations to reduce carbon emissions from power plants. Key points: It restricts the EPA's authority to regulate ... Read more »

Sydney commuters have been advised to expect significant train delays and cancellations on Friday. Photo: AAP Live Sydney commuters are in for a “very messy day” as the NSW rail ... Read more »

Queen Elizabeth has carried out her final engagement in Scotland for Royal Week, capping off a busy few days in celebration of the Platinum Jubilee. The monarch was joined by ... Read more »

28 organising mistakes that are making your home messier

1/29 SLIDES © Wearth London Banish the clutter by avoiding these organisation mistakes An organised home is a happy home, but are your organising solutions (or lack of) making your ... Read more »

When Nat Redgrave called it quits on his 13-year mining career, he decided to give house-flipping a go. He never expected to go viral on social media platform TikTok. Mr Redgrave ... Read more »

Regional ratepayers in Victoria protest over council plans to increase rates, with calls to change system

You haven't renovated your house and you haven't installed a pool in the backyard, but authorities have decided your property has grown in value and is therefore subject to higher rates. Is that fair? ... Read more »

Why does the Northern Territory still let people set off their own fireworks on Territory Day?

For five hours today, people in the Northern Territory will be able to blow up fireworks with no permits or training, to celebrate Territory Day. It's the only time in Australia that the public ... Read more »

Shaun Timmins still remembers the moment everything changed for the Steelers. It was just as rugby league was going full-time professional in the mid-1990s and Timmins, still a teenager, was ... Read more »

Jail a possibility for Guy Sebastian's former manager, as singer says guilty verdict is 'a lot to absorb'

Ian's 34yo daughter Katie died after receiving AstraZeneca's COVID-19 vaccine. He wants to honour her. But he also wants answers