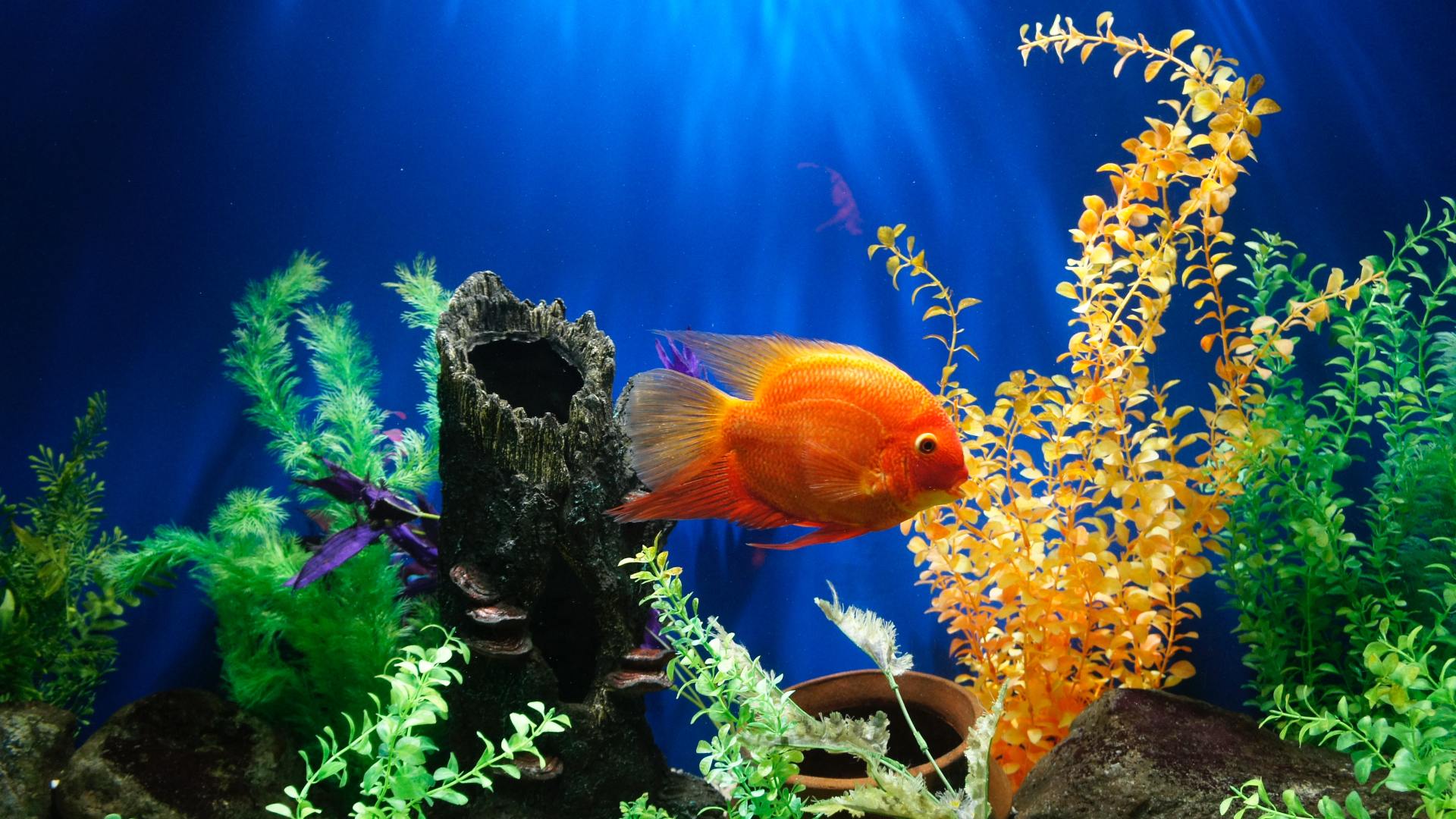 I’ve always thought that people who keep fishes are very detail-oriented. Judging by what I hear from fishkeepers friends about how they care for their fishes double-confirms my theory.

There is so much that goes into looking after fishes – choosing the right fish, maintaining the tank and filters, knowing what breeds can or cannot be kept together, breeding, bioscaping… the list goes on. Bearing in mind that different breeds have different needs, be sure to read up as much as you can on the specific breed of fish that you are keen on having, before getting one.

✅ Bottled nitrifying bacteria (to kickstart the cycling process in your tank)

Your fish tank needs good bacteria, which, like most living things, takes time to grow. Beneficial bacteria needs anywhere from 2 weeks to 2 months to grow.

Get acquainted with the term “tank cycling”. If you’re new to fishkeeping, this is probably the most important thing you need to know. The term refers to the nitrogen cycle in aquariums: beneficial bacteria and plants help consume the accumulated fish waste (such as food and faecal matter that produce toxins like ammonia, nitrate and nitrites) and prevent them from potentially killing the fishes.

Regular water monitoring is necessary for tanks by using a water quality test kit to ensure there are no spikes or changes in levels.

As a guideline, purchase the biggest tank size your space at home can afford. Apart from animal welfare, there are benefits that come with a larger tank:

1. It’s easier to maintain and to regulate temperature throughout it.

2. You’ll have happier and healthier fish. They’ll have more space to swim in, more plants to hide behind etc. Happy fish = happy you.

3. Bigger space means more space for plants and other safe tank decoration. Try tank bioscaping (basically, landscaping your tank) – it’s aesthetically pleasing and will definitely be something to show off to friends and family.

4. Maintain one tank from start to end, rather than changing tanks every now and then when the fishes outgrow the small tank. You can also start adding more fishes when you’re confident, and don’t have to worry about an overcrowded tank.

Location of your fish tank

We want fishes to be comfortable and unafraid.

Avoid placing them in these spots:

❌ Places with direct sunlight or near windows. Excessive lighting will cause tank temperatures to fluctuate and cause algae to overgrow.

❌ Near heating vents or aircon units. Water temperature should be kept as stable as possible. Rapid changes in temperature could kill the fishes.

❌ High traffic areas such as near doors. These areas can cause unnecessary stress to fishes in the tank, especially if guests decide to poke at the glass, play with the water or frequently open and close the doors.

❌ On the ground or up too high. Debris from the ground could easily go into the tank which will be dangerous for fishes. Having a tank too high up will make maintaining the tank difficult and increases the risk of the tank falling over.

❌ Close to speakers or the television. Soundwaves from speakers and flashes of light from the TV may be stressful to fishes.

❌ Hidden corners or areas in the house. As they say, out of sight, out of mind. We don’t want that happening to these beautiful creatures, right? And what if an accident happens?

Fishes have feelings, too

Something I feel that needs to be established is that no matter what animal we talk about, they are all capable of having feelings. Just because they can’t speak, does not mean that we should just assume that they do not have feelings. And just because fish are relatively cheaper to buy, that does not make them disposable pets, or mean that their lives should be worth any less.

Fishes can feel stressed in an environment. How can you tell? Here are some signs:

• Gasping at the water

• Having little to no appetite

Causes of stress could be due to:

• Incorrect feeding or a poor diet

• Change in the water temperature

If the cause of stress is not addressed, prolonged stress could lead to illnesses in fishes. A weakened immune system could leave them vulnerable to bacteria, fungal or parasite infections which can be found within the tank itself.

It may be hard to detect these stress symptoms in fishes but hey, if you love your fish, pay close attention to their needs! Remember to always give them sufficient hiding spots to help reduce the amount of stress they could face.

The learning curve for keeping fishes can be really steep, but according to my fishkeeper friends, fish are great starter pets, but only if a lot of research is done beforehand and fish are not just bought on impulse.

Perhaps you could start with guppies and fighting fish. My best advice: research, research and research some more. All the best!

For the latest updates on Wonderwall.sg, be sure to follow us on Facebook and Instagram. If you have a story idea for us, email us at hello@wonderwall.sg.