A lot of Leeds United fans have voiced their thoughts on the performance of Liam Cooper in their Carabao Cup defeat on Tuesday night to Arsenal. 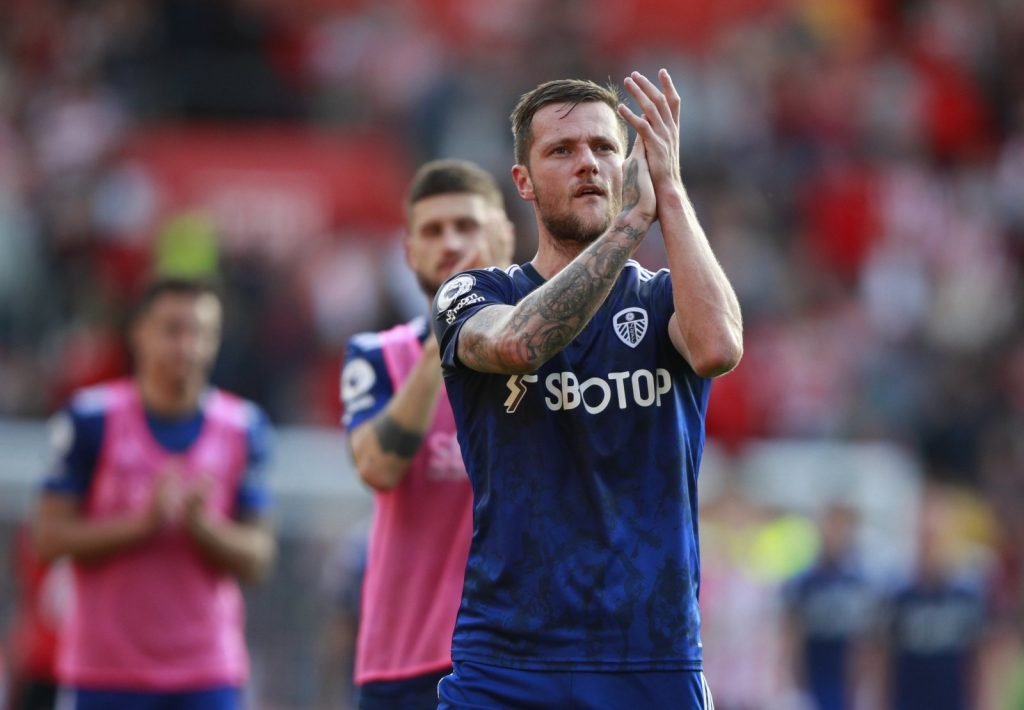 © Provided by This is Futbol Liam Cooper

The 30-year-old came on as a second-half substitute for Diego Llorente, however, he played a huge part in Arsenal’s second goal of the evening.

Should Liam Cooper be starting in the league for LUFC? 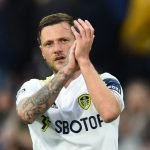 His header back to the goalkeeper, Illan Meslier, did not have enough power behind it and allowed the former Leeds loanee Eddie Nketiah through on goal before slotting into an empty net.

Leeds fans flocked to Twitter to vent their rage at the Scottish centre-back who is still under contract with the Yorkshire side until the summer of 2024.

What did these fans have to say?

“Liam cooper is past it.”

@CQJB “LIAM COOPER CAN NOT PLAY FOR LEEDS AGAIN” @MckenzieRourke “Nothing makes my blood boil more then watching Liam Cooper in that back 4. By far the worse centre back in history.” @_ConnorSaunders “League Two level”

Although the 6ft 1″ ace has played a prominent role in Marcelo Bielsa’s league side, it is apparent these Leeds fans would like to see him dropped for the upcoming trip to Carrow Road.

In other news: ‘We kind of saw’ – Journalist drops ‘encouraging’ verdict on ‘dressing room leader’ at Leeds

Video: Chrissy Teigen sparkles in black glittering dress and tells Ellen DeGeneres that husband John Legend BAILED on getting his and hers tattoos drawn by daughter Luna

'Our dating pool really is a puddle!' Paulina Porizkova enjoys a dinner date with friends who were ALL brought together by a man they met on Raya - and he was there too

EXCLUSIVE: Feeling good as hell! Lizzo makes a splash as she jumps into the ocean during grand finale performance at Miami's Art Basel

Evacuation efforts at Kabul airport. (Photo: Ministry of Defence via PA Media) A whistleblower has claimed he was left to deal with thousands of emails pleading for help from desperate ... Read more »

What TV channel is the Ashes on? Watch Australia vs England on BT Sport

England have plenty to do in the latest round of the Ashes down under, as they seek to bring an end to their poor record when visiting Australia. It’s been ... Read more »

'Omicron', 'Cheugy' and 'Billie Eilish' are among 2021's most mispronounced words

Omicron and Cheugy ranked on a list of the most mispronounced words this yearBillie Eilish and Jason Kelce's names were commonly said wrong by newsreadersOther words that tripped people up were dalgona, chipotle, Shein and EthereumThe tongue-twisting list commissioned by language-learning platform Babbel Read more »

Jake Tapper 'is poised, by a long stretch, to replace axed Chris Cuomo' at troubled CNN

CNN host Jake Tapper is rumored to be the top choice candidate to replace former anchor Chris Cuomo after he was fired from the network on SaturdayTapper has been called 'a logical choice' among a series of candidates as the network has scrambled to look for Cuomo's replacementThe former anchor was fired from CNN for defending his brother former Governor Andrew Cuomo against multiple sexual harassment chargesTapper was one of the reported staff members angered at the network for not taking action sooner against Cuomo Other rumored candidates have been CNN's Reliable Sources anchor Brian Stelter, MSNBC host Brian Williams and political commentator S.E. Cupp Read more »

Cases of anorexia among teens aged 13 to 16 jumped 65% during first wave of pandemic, study finds

The first wave of the COVID-19 pandemic caused a surge of teens developing anorexia, a new study finds New cases of anorexia among those aged 13 to 16 jumped by 65% during the first Covid waveDuring that same period, hospitalizations related to the condition jumped by 166% as wellResearchers also found that those who were diagnosed with the condition during the pandemic were also in worse shape on average Read more »

© Provided by Daily Mail MailOnline logo A new photo book featuring barren streets and deserted landmarks at the peak of the first wave of COVID-19 offers a look back ... Read more »

Where could Kirk Cousins end up next season?

After they spent the offseason giving out short-term contracts to fill holes, the Vikings still sit in relatively the same position they were in last year. After 11 games, both ... Read more »

Rangers insiders insist there has been no contact between the Ibrox outfit and Aston Villa over the future of Borna Barisic. The left back had previously been mentioned among the ... Read more »

© PA Images Man-United-star-Edinson-Cavani-1 Barcelona are keen to sign Manchester United attacker Edinson Cavani in January, but they will only do so for a “modest price”, according to reports. Earlier ... Read more »

© PA Images RB-Leipzig-versus-Man-City-1 Kyle Walker was shown a straight red card as Manchester City were beaten 2-1 by RB Leipzig in their final Champions League group game of the ... Read more »

Lage may save millions with rarely-seen WWFC gem, he can be an “extraordinary striker” - opinion

© Provided by Football FanCast Premier League, Wolves, Fabio Silva Wolverhampton Wanderers signed Fabio Silva for £35m in a record-breaking transfer for the club, but Silva has since only been ... Read more »

Ukraine has warned of a 'bloody massacre' and five million Ukrainian refugees fleeing into Europe if Russia decides to invade KievSatellite images show increasing numbers of Russian troops massing on the border of Ukraine – as many as 175,000 according to US analysts The contingency plan for evacuations is being put together by the PentagonBiden faced off with Putin in a tense video call from the White House Situation Room on Tuesday morning Read more »

© GETTY Ashes Live Stream England will be looking to get off to good start as they face arch-rivals Australia in the first test from Brisbane. Every delivery, run and ... Read more »

Manchester City ended their Champions League group stage campaign in an underwhelming fashion on Tuesday, as they fell to a 1-2 defeat to RB Leipzig in Germany. Pep Guardiola made ... Read more »

LIVE – Updated at 20:02 © AFP via Getty Images Leipzig RB Leipzig struck in each half to beat already-qualified Manchester City 2-1 in the Champions League on Tuesday, booking ... Read more »

Kyle Walker was shown a red card during Manchester City’s 2-1 defeat to RB Leipzig in the Champions League on Tuesday evening. © GiveMeSport Kyle Walker was sent off in ... Read more »

Chelsea given chance to cash-in as Andreas Christensen showdown continues

Chelsea could yet cash in on contract rebel Andreas Christensen – with AC Milan reportedly plotting a January swoop for the Danish defender. Christensen is in the final 12 months ... Read more »

© Provided by Football FanCast Elland Road general view before Premier League clash against Watford After it was recently reported by The Athletic that the San Francisco 49ers have a deal ... Read more »

Mercedes chief Andrew Shovlin believes Lewis Hamilton may have not risked going for fastest lap at the Saudi Arabian Grand Prix had he known how damaged his front wing was. ... Read more »

The advertising signs around the perimeter of the pitch sporadically read ‘priceless’, but the only thing about this game which fit that description was the reminder of how much better ... Read more »

This content is not available due to your privacy preferences.Update your settings here to see it. Bills WR didn't like this Sean McDermott answer after loss to Pats originally appeared ... Read more »

'Biden looked Putin in the eye and told him that things we did not do in 2014, we are prepared to do now': National Security Advisor Jake Sullivan says the US is prepared to deploy more troops if Russia invades Ukraine

Amazon comes to a standstill in the UK: Delivery drivers sit idle because they can't access their routes and host of other websites are forced offline in a global outage of Amazon Web Server network

Allegri: Juventus have to keep winning