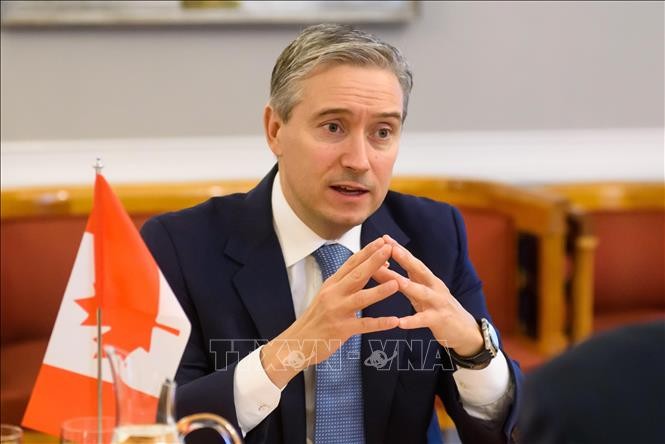 Canada doesn’t see the conditions being present now for these discussions to continue at this time, Champagne added. His comment shelved the idea of a free trade deal with world's second-largest economy for which Prime Minister Justin Trudeau was under pressure from domestic critics who charged he was too willing to make concessions in return for more trade with China.

Champagne also added that Canada’s first priority is to bring its 2 citizens, who were charged in China in June with espionage, back home. Despite ongoing tension, China is still Canada’s second-largest trade partner after the US.

DaK Lak province mulls to remove elephant-riding service and supplant by more friendly ones such as bathing and feeding them. Read more »
21/10/2020

Standard Chartered's experts forecast that Vietnam will stay in the list of rare economies that record positive growth in the year of 2020. Read more »
21/10/2020

Satellite urban areas are the nucleus to promote suburban development, with its own, unique and mixed functions to support Hanoi city’s downtown. Read more »
21/10/2020