A federal advisory committee supports booster shots of all three COVID-19 vaccines being used in the U.S. for Americans who need them.

So far, the Food and Drug Administration only has authorized booster doses of the Pfizer-BioNTech vaccine for certain people who may be at high risk for COVID-19 infection or severe disease.

But the other two vaccines are working their way through the regulatory process and booster shots are likely to be available for certain people soon.

The FDA’s acting commissioner is likely to sign off on the committee’s decision over the next few days. On Oct. 20 and 21, a different independent committee of experts will review the same data and make a recommendation to the head of the Centers of Disease Control and Prevention. Only if she decides to support boosters will they become available to the public.

About 15 million adults in the U.S. have been fully vaccinated with the one-dose J&J vaccine, compared with 103 million who’ve gotten Pfizer and 69 million who’ve gotten Moderna, both of which have a two-dose regimen. So far, 8.8 million Americans have received a booster dose of the Pfizer vaccine.

The Biden administration said it has pre-purchased enough doses of COVID-19 vaccine to continue to provide them at no cost to Americans.

Here’s who is and is expected to be eligible for booster doses of all three vaccines.

The FDA authorized booster doses of the Pfizer-BioNTech vaccine for people 65 and older and thosewhose jobs put them at high risk for exposure to COVID-19.

Individuals 18 and up who are at high risk for severe COVID-19 were also included in the authorization, which only covers those who are at least six months out from their second dose of the vaccine. 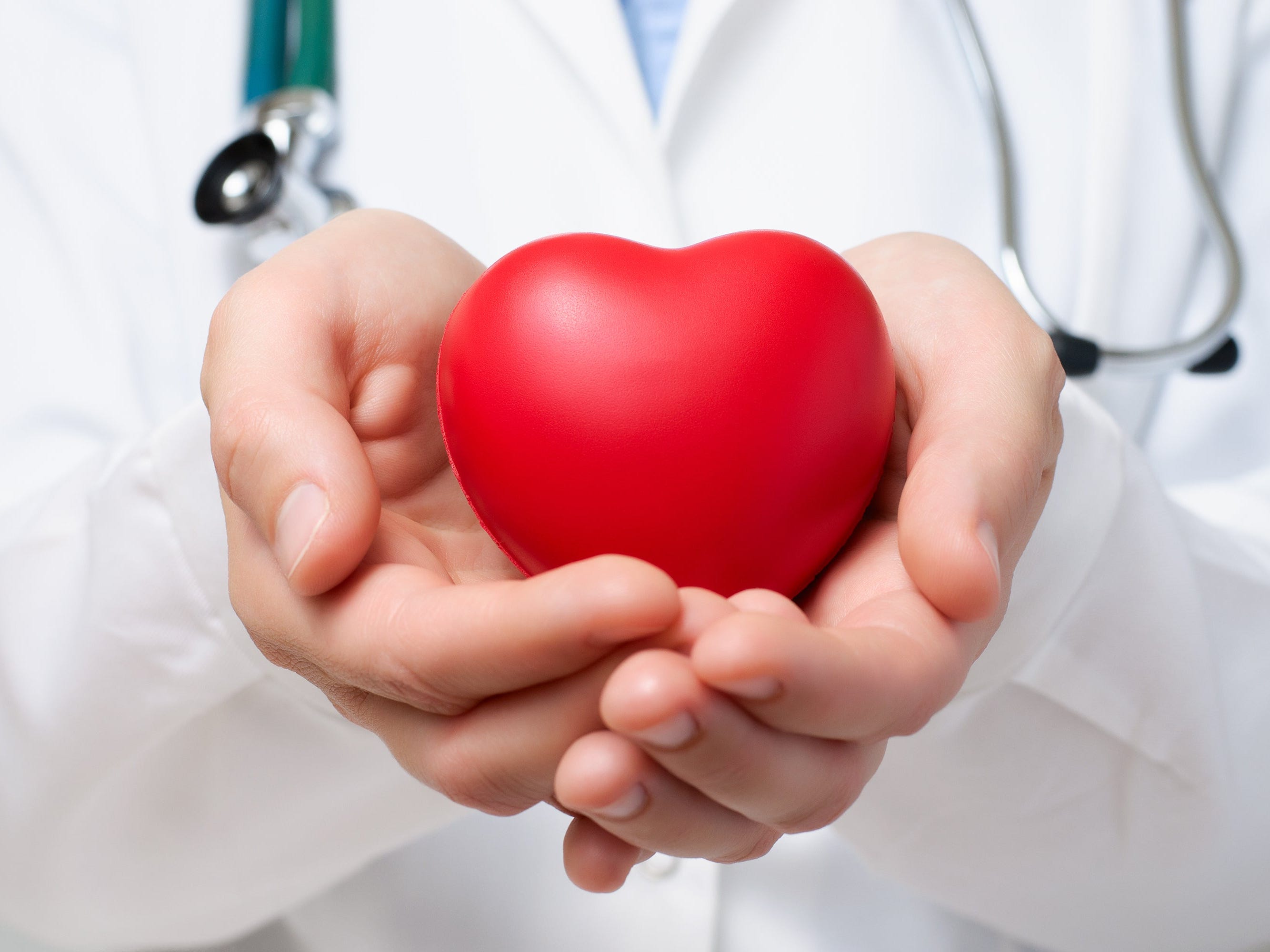 More than 20 million Americans are eligible for Pfizer booster shots, and 40 million more will have access once they’re six months past their second shot.

CVS and Walgreens announced shortly after authorization they were offering booster doses of the Pfizer vaccine to those who are eligible. However, the pharmacy chains said they weren’t taking extra steps to police eligibility to “remove barriers and improve access to potentially life-saving vaccines,” leaving room for dishonesty.

VRBPAC voted Thursday to support booster shots of the Moderna COVID-19 vaccine for the same group as those who received the Pfizer vaccine: people 65 and up, and younger adults with certain medical problems or jobs that put them at increased risk for infection.

Committee members said these jobs may include health care workers, grocery store clerks and others who are potentially exposed to COVID-19 doing their work.

The booster shot will be a half-dose of the same vaccine already given. Company data suggested that the lower dose was as effective but had potentially fewer side effects.

People who are immunocompromised because of an organ transplant, cancer treatment, medication or similar situation can already get a full third dose of the Moderna vaccine.

The federal advisory panel said the J&J vaccine should be considered a two-dose vaccine rather than the one dose that received initial authorization.

VRBPAC felt the 15 million Americans who got a single dose of the “one and done” J&J vaccine would be substantially better protected with a second one. The committee voted unanimously to support a “booster” of the J&J shot at least two months after the initial dose was given.

Adding a second dose two- to six-months after the initial J&J shot would provide the same effectiveness as the mRNA vaccines without their fading protection, said Dr. Penny Heaton, head of the vaccines global therapeutic area for Janssen Pharmaceuticals, a Johnson & Johnson company that developed the vaccine.

Like Moderna, the committee’s decision on the J&J second dose will need to be verified by a different advisory panel as well as top federal officials before it’s available to the public.

A single dose of the J&J vaccine will still be considered fully vaccinated, the CDC said.

Can you mix and match vaccines?

As of Friday, the CDC continues to recommend that people receive extra doses of the same vaccine they got the first time. The FDA committee on Friday discussed a National Institutes of Health study on mixing and matching vaccine boosters, but said more data was needed before it could suggest to allow people to get a booster shot different from their original vaccine.

Blind date: ‘He was fully on board when I suggested we order champagne'

A shopping guide to the best … party necklaces

Tim Dowling: my laptop's new lease of life has landed me in a stew

THOUSANDS of new cases in South Africa every day are thought to be driven by the new super-Covid variant. The nation’s infections have rocketed in a matter of days amid ... Read more »

BERLIN — The far-right Alternative for Germany, which has opposed many of the country’s pandemic restrictions, has canceled its planned party congress next month due to the surge in coronavirus ... Read more »

A NEW Covid super-strain was officially named a “variant of concern” by the WHO tonight – amid fears it has already spread to the UK. A dramatic video showed passengers ... Read more »

SLEEP deprivation damages the brains of older children, a world-first study suggests. Experts looked at the effects of taking a long time to nod off, waking up often, abnormal breathing ... Read more »

What is the Omicron variant?

AS the Coronavirus pandemic continues to take countless lives, the World Health Association has warned against a new variant that could make its way to the United States. It is ... Read more »

Asda and Morrisons are pioneering supermarket sales of halal turkeys. The birds, slaughtered to meet religious criteria, will be in stores where demand is highest. Frozen food brand Humza is ... Read more »

Scientists don’t know how contagious the new COVID-19 variant is yet. Read more »

© Provided by The South African More countries restricted travel from South Africa and some neighboring countries on Friday, citing the threat of the new variant B.1.1.529. THIS COMES WITHIN ... Read more »

Women having sex on their period want to break the taboo

NEARLY half of women who have sex on their period say it gives them a heightened sense of pleasure – but have been shamed for suggesting it, a study has ... Read more »

Ooni pizza ovens are 20% off for Black Friday

© Ooni Market leading pizza oven brand Ooni is discounting its ovens and pizza accessories for Black Friday by 20% until Monday 29 November 2021. Here are our picks. While ... Read more »

When you think of Christmas, a classic Christmas dinner immediately comes to mind; cranberry sauce, stuffing, roast potatoes and a big juicy turkey in at the centre of the table. ... Read more »

If you’re a foodie fan there are always going to be an array of restaurants, bars and pubs on your bucket list, but what are the top spots for London ... Read more »

© Ooni Market leading pizza oven brand Ooni is discounting its ovens and pizza accessories for Black Friday by 20% until Monday 29 November 2021. Here are our picks. While ... Read more »

This year’s Great British Bake Off winner, Giuseppe Dell’Anno, has inspired judge Prue Leith to get into Italian baking. And no wonder, if the champion’s social media pictures for his ... Read more »

What to know about omicron, the new COVID-19 variant in South Africa

LONDON — South African scientists identified a new version of the coronavirus this week that they say is behind a recent spike in COVID-19 infections in Gauteng, the country’s most ... Read more »

Will we ever cure the common cold? We ask the expert

Famously, there is no cure for the common cold. But with the success of the Covid vaccine, could it finally be in grabbing – or, rather, jabbing – distance? I ... Read more »

Do I Need To Supplement During Veganuary?

© Mizina – Getty Images Stock up on these supps if you’re planning to go plant-based Got a question for the Women’s Health Collective? Send us a DM @womenshealthcollectiveuk and ... Read more »

Merck’s drug would be the first that patients could take at home to ease symptoms and speed recovery. Read more »

Amazon Canada Black Friday deal: Save up to 54% on Keurig coffee makers

© Provided by The South African South Africa recorded 2 828 new cases of COVID-19 in the last 24 hours, the National Institute for Communicable Diseases (NICD) has said on Friday.  THE ... Read more »

Are the Kids Alright? is Yahoo Entertainment's video interview series exploring the impact of show business on the development and well-being of former child entertainers, from triumphs to traumas. Candace ... Read more »

Kim Kardashian West was less than happy with Kanye West’s wearing of a “Make America Great Again” cap during the rapper’s ill-fated 2020 run for president, according to the hip-hop ... Read more »

This Amal Clooney-Approved Lipstick Makes Your Lips Look Fuller, and It's on Sale Right Now

Amal Clooney Pillow Talk Makeup Courtesy of Getty Images Some lipsticks are just so good, they become instantly famous. And given the sheer number of pout products out there, that's ... Read more »

© AFP FILE: A Doctors Without Border (MSF) nurse (C) performs a COVID-19 coronavirus test during a Ministry of Health screening and testing drive in the Wolhuter men’s hostel in ... Read more »

© Provided by The South African World oil prices slumped more than 10% Friday, slammed by demand fear after the emergence of a new variant of Covid-19. In late afternoon ... Read more »

© AP houseofguccifilm21 ‘I just wanted a tank’ With tube strikes galore, it’s been a tumultuous week of transport for many of us. For Merlin Batchelor, though, it’s been nothing ... Read more »

Coronavirus disease (COVID-19) pandemic in Lisbon By Miguel Pereira and Catarina Demony LISBON (Reuters) – Many Portuguese are welcoming the return of some COVID-19 restrictions announced by the government on ... Read more »

Amazon Launched Huge Deals on Clothing, Shoes, and Accessories — Here's What to Buy

Best Black Friday Amazon Fashion Deals Courtesy/InStyle When you think of Amazon's Black Friday sale, you probably associate it with deals on big-ticket items, like tech and home goods. While ... Read more »

© Mike English – Hearst Owned Polvorones : Traditionally these Spanish shortbread cookies are made with pork fat. We’ve given the option to use butter for a vegetarian option. Originally ... Read more »

Bee Swarm Simulator Promo Codes December 2021: Active Rewards, How To Redeem And All You Need To Know

© Twitter/ @TheStaratHarome starr.JPG A deliberate arson attack caused the fire which reduced one of the best-known restaurants in the north of England to “ashes”, police believe. The thatched, 14th-century ... Read more »

Yes So I Said Yes review – prepare to be appalled

Photograph: Tristram Kenton/The Guardian With much current fiction seeking ticks for sensitivity and positive representation, the work of David Ireland is a spectacular defence of free speech and the right ... Read more »

I'm an Amazon Shopping Editor, and These Are the 10 Things Worth Buying on Black Friday

amazon black friday deals Amazon If you never know what to get during Black Friday, I understand. I used to be the same way before I knew where to look ... Read more »

Kellogg's Has Launched A Mince Pie Flavoured Cereal For Christmas

Happy Christmas to one and all. Yes, we here at Delish have decided it’s well and truly time to get stuck into the festive season. There’s no such thing as ... Read more »

S.African official says WHO will designate variant as "of concern"

Rob Lowe's Announcement about the Future of '9-1-1: Lone Star' Has Fans Freaking Out

This Short Puffer Jacket Is the New Hero Piece of My Wardrobe, and It's on Sale for $45 Today

History of Elf on the Shelf, Who Is More Than a Mom's Nightmare

'Youth in a bottle': This cult-favourite Glossier serum is on sale — but only until Monday

I'm a Beauty Writer, and These Are the 10 Best Clean Skincare Deals I'm Shopping on Black Friday

Meditate without anxiety. Deepak Chopra tells you how

What is the GAPS diet? The elimination diet that claims to cure everything from ear infections to eczema