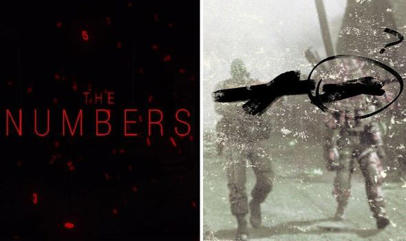 UPDATE: The Call of Duty Numbers event is live in Black Ops Cold War and Warzone.

Fans can earn a selection of items, as well as a brand new Sai weapon by completing challenges in the game.

ORIGINAL: Call of Duty fans are counting down to The Numbers event in Warzone and Black Ops Cold War.

The Numbers event has a September 21 release date on PlayStation, Xbox and PC. Fans can start playing from 6pm BST.

Needless to say, the event launches alongside a host of brand new rewards, including a Sai melee weapon.

“In addition to all the new content coming to MP and Zombies, players can look forward to a set of nine challenges that can be completed in Multiplayer or Zombies during The Numbers Event, starting on Sept. 21.

“Warzone will also receive a unique set of nine challenges to complete, for a total of 18 challenges and 19 rewards to earn during the event.

“Complete a full set of nine challenges in either game to unlock our first-ever event weapon reward, the Sai!”

Complete all nine missions in either Warzone or Cold War, and you’ll unlock the aforementioned Sai weapon.

According to Activision, the Sai is the first functional weapon to be rewarded as part of a Call of Duty limited event.

Activision explains more: “This dual-wield Melee weapon, often used in stealthy martial arts, is the first ever functional weapon to be awarded via limited-time event.

“Hundreds of years ago, it was introduced to the island of Okinawa and eventually became adopted by the local police to aid in arresting criminals.

“For an outlaw like Kitsune, who grew up nearly 1,200 kilometers away in Kobe, wielding one is an irony she relishes.

“Its lightweight design allows for improved agility and fast attacks, which is great for taking out zombies or the competition in Multiplayer and Warzone.”

The Numbers event revolves around the installation of various Mobile Broadcast Stations in Verdansk.

Interacting with the Mobile Broadcast Stations will net players in-game cash, as well as a Sticker, Calling Card and a Charm.

Other rewards include a new Arcade Cabinet for Black Ops Cold War. Activision has dropped a hint about what to expect.

“Through these challenges, you can unlock even more cosmetic rewards, as well as another arcade cabinet game for your Black Ops Cold War collection.

“While this prize is a secret, here’s our key hint: there are no Billy Club patches for those who play this retro arcade classic and hit 35,000 score or more.”

Express Online will have more from The Numbers event when it goes live on September 21.

With Pakistan, as always, expect lots of uncertainty and plenty of intrigue

Doctor Who: Jodie Whittaker says she will be 'filled with grief' after leaving the show

What the papers say – October 20

Husband charged with killing wife who vanished in January

CHULA VISTA, Calif. (AP) — A Southern California man was arrested Tuesday on suspicion of killing his wife nine months ago, and her family pleaded for help in finding her ... Read more »

After Del Rio, Calls for Fairer Treatment of Black Migrants

Christian Schools Boom in a Revolt Against Curriculum and Pandemic Rules

Union Pacific and its unions sue each other over vaccine mandate

© AP ASSOCIATED PRESS OMAHA, Neb. — Union Pacific and its labor unions are suing each other to determine whether the railroad has the authority to require its employees to ... Read more »

Oct. 19—JANESVILLE — A Janesville boy escaped from juvenile authorities last Wednesday and committed a theft and a burglary, according to Janesville police reports. The 15-year-old was being taken to ... Read more »

Photo credit: BBC Matt Baker returned to The One Show this week to announced details of the 2021 Rickshaw Challenge, as the BBC's Children in Need appeal draws ever closer. ... Read more »

From metallic, classy to bohemian: 6 Times Ananya Panday showed how to rock in every lehenga

Ananya Panday might be only 3 films old but she has already garnered a huge fan base across the country and established a strong foothold in the industry. She is ... Read more »

From statement earrings to long necklaces, chokers, ear cuffs, bracelets and rings, the number of accessories a girl can glam up with is just too high. One of the most ... Read more »

What time does Call of Duty: Mobile season 9 launch?

© Provided by Dot Esports Call of Duty: Mobile’s season nine is almost here. If you are wondering when you can start grinding the new battle pass, Activision has revealed ... Read more »

When Travis Barker proposed to Kourtney Kardashian at the weekend it was not exactly a low-key event. Photos of the proposal show the couple surrounded by an extravagant display of ... Read more »

‘Don't be afraid of defibrillators – one helped save my life'

Rosaleen Walsh suffered a cardiac arrest while taking part in a charity cycle five years ago. If it had not been for a quick-thinking cyclist and the use of a ... Read more »

Australia can expect living standards to falter, the OECD says, if the government continues to neglect economic reform

Thousands of people in their 60s will not get their Covid-19 booster shot until early next year, leaving them with waning immunity to infection during some of the worst winter ... Read more »

A walking stick once owned by Northern Ireland’s first prime minister sold for £10,000 (€11,860) at an auction in Belfast yesterday. It comes in the year that Northern Ireland marks ... Read more »

Australians who live overseas but got vaccinated while visiting Australia say the immunisation record system is failing to recognise their Covid vaccination status if they are not registered with Medicare, ... Read more »

© Provided by Daily Mail MailOnline logo Police have cleared Sam Burgess of any wrongdoing after a year-long investigation sparked by allegations of domestic abuse made by his ex-wife Phoebe.  ... Read more »

Not messing around! Michelle Young started out season 18 of The Bachelorette strong during the Tuesday, October 19, premiere. © ABC/Craig Sjodin THE BACHELORETTE – “1801” – Michelle Young’s journey ... Read more »

The welcome news for nightclubs and late bars that restrictions on opening hours will be lifted on Friday is tinged with uncertainty, as many still have challenges to overcome before ... Read more »

The country will be forced to endure another winter of Covid-19 restrictions after the Government postponed plans to ease the remaining public health measures on Friday. Strict rules for indoor ... Read more »

Animal welfare protesters have told the Government pigs should not fly. Activists were joined by a number of celebrities and animal welfare experts, who said a recent deal to export ... Read more »

A massive collision be- tween Earth-sized planets in a nearby star system that stripped their atmospheres has been detected by a Galway-based astronomer. Astronomers interested in understanding how planets form ... Read more »

The operator of a Grafton Street footwear and clothing store is asking the High Court to declare it has no liability for more than €500,000 in rent during 253 days ... Read more »

Around two million DIY home Covid-19 tests are ready to be rolled out for the first time by the HSE in the coming months to people who have been at ... Read more »

An “unacceptably high rate” of inter-county hurlers suspected of having sustained concussion during a game are allowed to resume play without adequate assessment, according to a new medical study. An ... Read more »

Leslie Bricusse, the two-time Academy Award-winning songwriter and lyricist, has died. © Provided by People Gary Gershoff/WireImage The Hollywood veteran, whose credits include Willy Wonka and the Chocolate Factory and ... Read more »

© Jim Lo Scalzo/Pool via AP Rep. Adam Schiff, D-Calif., pauses as he speaks during the House select committee hearing on the Jan. 6 attack on Capitol Hill in Washington, ... Read more »

Jason Momoa Reveals He Injured Himself Multiple Times While Filming ‘Aquaman 2': “I'm Just Getting Beat Up”

For 12 years Blair Gehring has been taking prescription narcotics to manage his chronic pain. When his physician, Dr. Ian Gebhardt, was charged on Oct. 5 with sexual assault for ... Read more »

As farewells go, this one has been hard – so much so I’ve been avoiding it like root canal surgery. My colleagues have been telling me Ford has been desperate ... Read more »

Sara Ali Khan pampers herself with THIS heavenly dessert on Tuesday night; We can't help but relate

PICS: Madhuri Dixit amps up the fashion game in stunning shade of royal blue as she gets papped in Mumbai

Taraji P. Henson REVEALS launching her music career: It's never too late for anything

A 96-year-old former Nazi secretary is on trial for charges related to complicity in 11,000 deaths in Germany, weeks after trying to flee retirement home

'The Voice': Why Gymani And Aaron Hines' Battle Left Fans Saying 'Not Fair'

Islanders bash Blackhawks for first win of the season

Taps back on for 156 areas in Sepang, Kuala Langat