The Buffalo Bills got the news they expected Friday regarding cornerback Tre’Davious White. He suffered a torn ACL in his left knee and is done for the remainder of the season, a crushing blow to the defense.

White exited the Bills’ 31-6 win against the New Orleans Saints after his leg bent awkwardly in the second quarter and after a trip to the medical tent, he went to the locker room with a towel over his head and, reportedly, tears in his eyes.

“Obviously Tre’Davious is a huge playmaker for us and just his presence on the football field is unmatched,” safety Micah Hyde said Thursday night. “It’s tough to come back home (to his native Louisiana) and not be able to finish the game. I can’t speak for him on what’s really going on but just his presence is felt for us and we’re gonna make sure he’s good.” 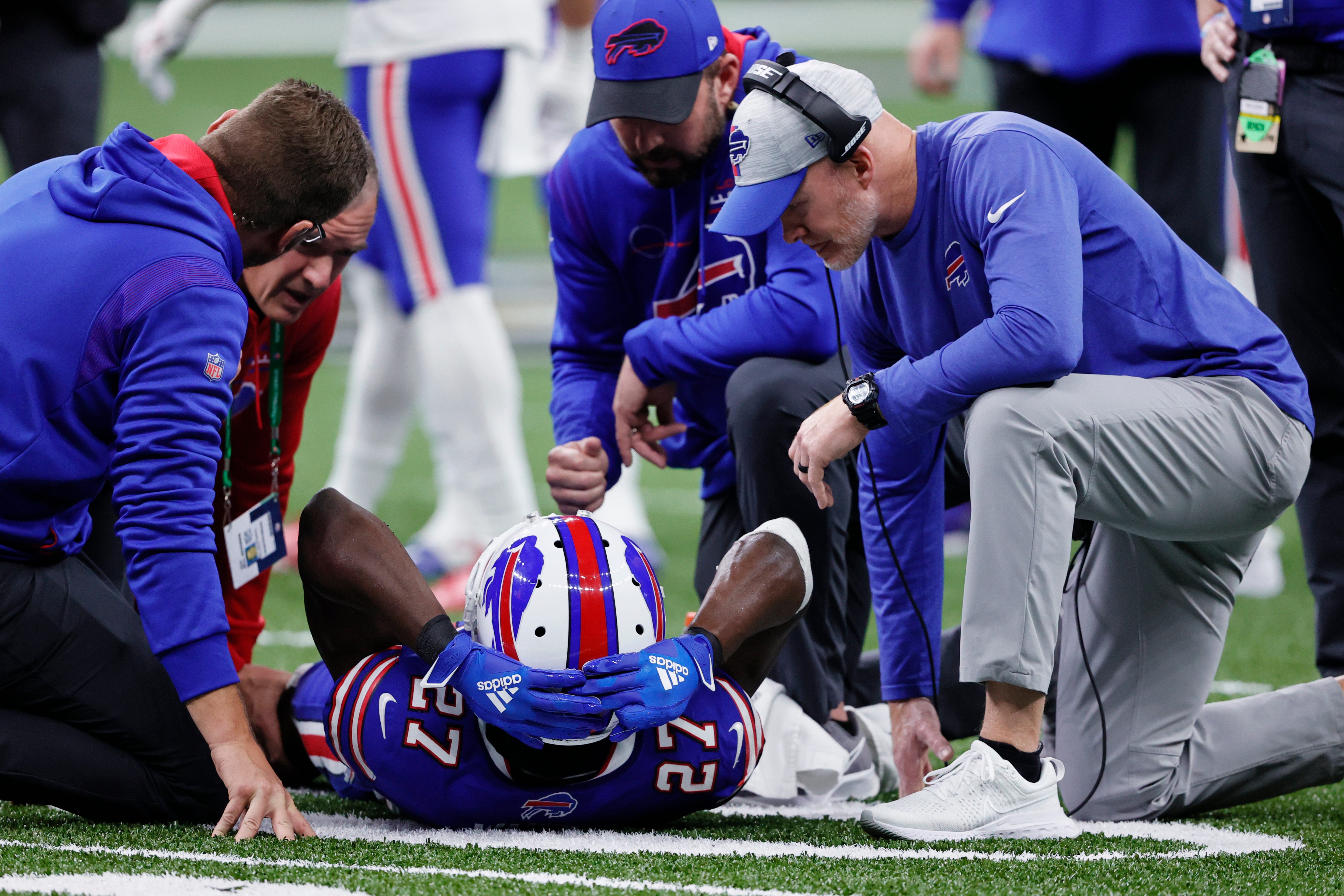 OPINION:Which NFL teams, players and coaches are under most pressure in homestretch?

Quarterback Josh Allen and McDermott both said they and the team were praying for White, which was an ominous message about the extent of the injury even before the official news came down.

“You can’t say a single bad thing about that man. He comes in and busts his ass every day,” said Allen. “He’s such a great teammate, he talks to everybody the right way and he just does the little things well that not many people see but that’s why he’s so good.” 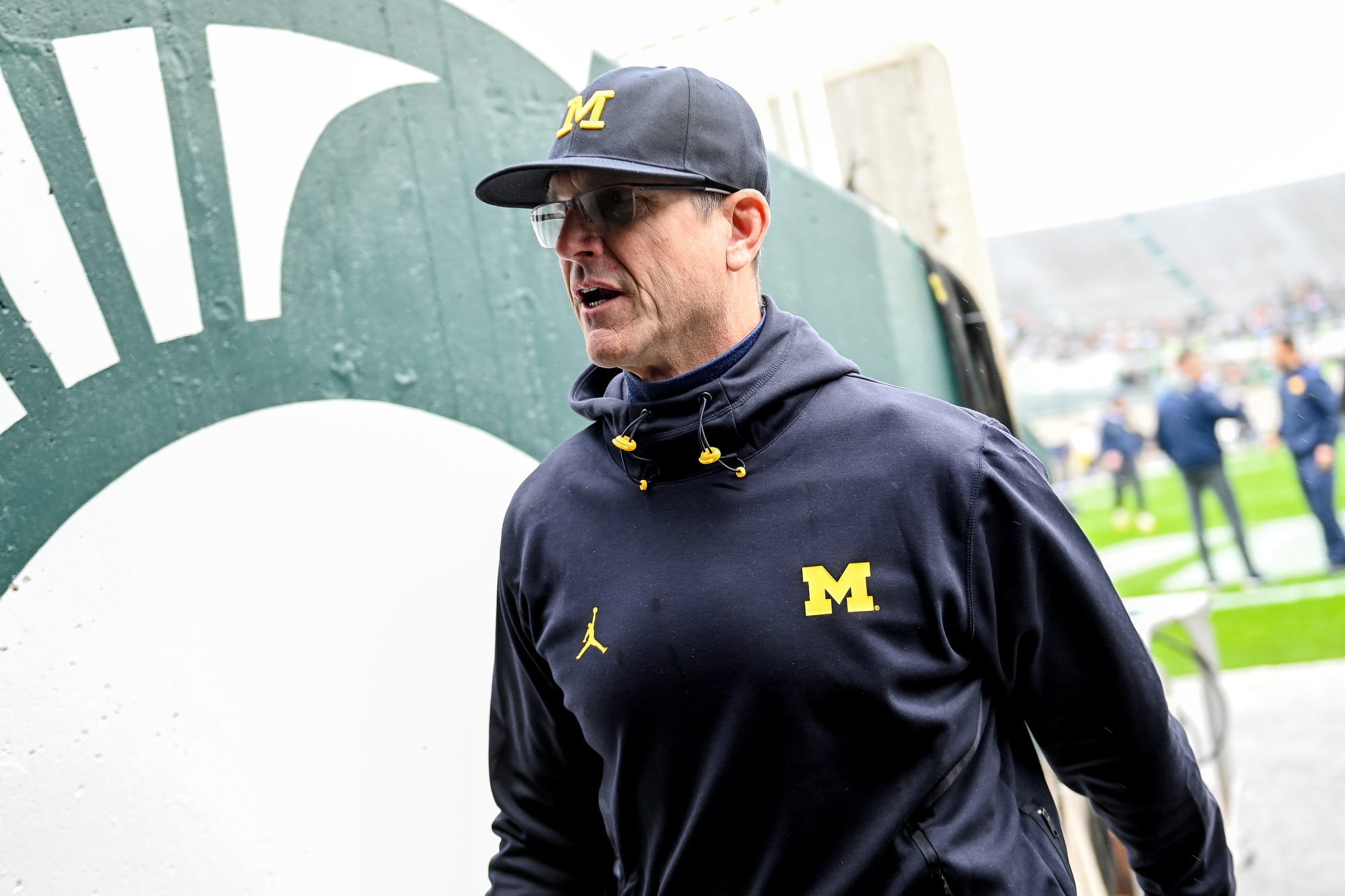 With White out, the next man up would seem to be second-year man Dane Jackson. He took over Thursday night but was barely tested by the anemic New Orleans receiving corps and offense. Moving forward, things will get much more difficult.

Jackson was embroiled in a battle to start at the cornerback spot opposite White during training camp, but Levi Wallace won that battle rather easily.

“I thought he did a good job,” McDermott said of Jackson, who made three tackles. “He’s been in that position before in terms of having to come in, whether it’s been for Tre or for Levi, and he usually handles himself well just like he did tonight.”

McDonald's expanding test of McPlant burger in US stores

COVID live updates: Quebec ‘seems to be at the peak' of hospitalizations, Legault says

© Rich Pedroncelli/AP Photo “I’m very, very sensitive to this, the learning opportunities that are lost because kids are not safely in school, the challenges of going online,” Gov. Newsom ... Read more »

US to charge man suspected in assassination of Haitian president

Democrats blame Sinema and Manchin for voting rights failure, but Biden's the one at fault

© Provided by NBC News In a blow to President Joe Biden, activists and American democracy, efforts to protect voting rights were defeated in the Senate on Wednesday by Democratic ... Read more »

David Waxman has been appointed president of dance powerhouse Ultra Records, it was announced today. In this role, he will oversee overall management and day-to-day operations of the global electronic ... Read more »

© Shutterstock Skincare Us Weekly has affiliate partnerships so we may receive compensation for some links to products and services. While we’re still debating whether Ross and Rachel were on ... Read more »

© Kim Klement-USA TODAY Sports A general view of Tropicana Field. In a blow to principal owner Stuart Sternberg’s attempts to secure a new ballpark in or around the city ... Read more »

The single biggest reason the Cowboys have failed for 26 years

Andy Nesbitt explains the single biggest reason the Dallas Cowboys have failed miserably in the playoffs over the last 26 years. Read more »

The NFL can have all the social justice messages on end zones and stickers on helmets, but as long as there’s a crisis in lack of opportunities for minority head ... Read more »

© ADALBERTO ROQUE The US embassy in Cuba, where staff in 2016 complained of mysterious, debilitating symptoms that wre dubbed “Havana Syndrome.” The CIA has concluded that no foreign government ... Read more »

Twitter rolls out a way to showcase your NFTs

© Provided by CNET Twitter has been doubling down on its cryptocurrency efforts. Sarah Tew/CNET Twitter said Thursday it’s rolling out a way for people to showcase their non-fungible tokens, ... Read more »

© Esther Lin, MMA Fighting Cat Zingano Cat Zingano appears to have a date set for her first appearance of 2022 inside the Bellator cage, although her opponent — and ... Read more »

Subaru confirmed Thursday that the sold order allotment for the 2022 BRZ has been reached, meaning customers can no longer place individual orders for the model year. Dealers still have ... Read more »

An Ineos Grenadier prototype will attempt the Canning Stock Route in western Australia, which was developed in the early 20th century to drive cattle and covers parts of three deserts. ... Read more »

Arsenal have launched a bid to sign USA international goalkeeper Matt Turner. Talks are underway with the MLS for the New England Revolution keeper with Arsenal looking to wrap up ... Read more »

When is Super Bowl LVI, who is playing and how can I watch it?

Some Democrats not ready to give up on child credit

© J. Scott Applewhite/AP Photo House Ways and Means Chair Richard Neal and his panel work on the “Build Back Better” package at the Capitol in Washington, Wednesday, Sept. 15, ... Read more »

© Provided by Sports Illustrated Programs prioritizing college players joining their rosters even more with the influx of transfer candidates By now the numbers aren’t surprising, however staggering they may ... Read more »

Will Shaedon Sharpe play for Kentucky this season? Explaining the No. 1 recruit in the Class of 2022's situation

© PEDRO UGARTE/AFP via Getty Images Cities across the U.S. are beginning to reach the peak of the COVID-19 Omicron variant surge in the U.S. Above, people are seen getting ... Read more »

It has been a low-key week for the biotech sector with few pipeline and regulatory updates. Acquisition news grabbed focus in the sector this week. Recap of the Week’s Most ... Read more »

© Provided by Daily Mail MailOnline logo A woman who was inspired to transform her physique after struggling to find a wedding dress that fit has unveiled her amazing transformation ... Read more »

MSN has partnered with The Points Guy for our coverage of credit card products. MSN and The Points Guy may receive a commission from card issuers. Editor’s note: This is ... Read more »

American is reopening its 3rd Flagship Lounge next week, but it’s not all good news

MSN has partnered with The Points Guy for our coverage of credit card products. MSN and The Points Guy may receive a commission from card issuers. American Airlines is continuing ... Read more »

MSN has partnered with The Points Guy for our coverage of credit card products. MSN and The Points Guy may receive a commission from card issuers. Could American Airlines be ... Read more »

© Provided by Travel + Leisure dor Dorottya/Getty Images As far as dream jobs go, getting to travel and make TikToks for a living sits pretty high on most people’s ... Read more »

DeSantis uses conservative lifeline as Trump sours on him

Technology Is Already Disrupting Our Lives. What Will the Future Look Like?

The disappointment of the NHL not participating in the 2022 Winter Olympics quickly turned to excitement for a handful of U.S. players at the world junior championship. Matty Beniers, Jake ... Read more »

US military options to help Ukraine if Russia acts

President Biden is not planning to answer a further Russian invasion of Ukraine by sending combat troops. But he could pursue a range of less dramatic yet still risky military ... Read more »

Americans worried rising inflation will outpace their wages this year

Through all the ups and downs of the Islanders’ season, one thing has remained a constant: Ilya Sorokin is playing fantastic hockey. © Provided by The Hockey News Tom Horak-USA ... Read more »

The Vegas Golden Knights had a few absences and one notable addition to the morning skate Thursday, as both Mark Stone and Nicolas Hague were missing due to COVID protocols. ... Read more »

Biden clarifies comments on Ukraine, says Russia will pay 'a heavy price” if it acts

Bernie Sanders alumni are leading the effort to replace Kyrsten Sinema, and just got a boost from their old boss

Rage Against the Machine Won't Perform at Boston Calling as Scheduled

UFC partners with Dapper Labs for official NFT collection, profits to be split evenly with fighters