For many people, investing may be appealing due to the potential returns it may bring, but with a lot of misinformation, people often get confused, and avoid the topic all together due to the risks involved. However, with professional guidance, it may prove to be a very valuable tool in setting one up for the future.

During an exclusive interview with Express.co.uk, money expert Peter Komolafe gave guidance to those who may be considering investing but just don’t know where to start.

He said: “For anyone in their 30s or 40s that hasn’t started investing, the biggest thing first and foremost is to get started.

“Investing as a whole can seem really overwhelming but I think ultimately it’s very simple. The fundamental principles behind it are relatively simple.”

Mr Komolafe stressed the importance of people going back to basics, and learning definitions and meanings of different investments. 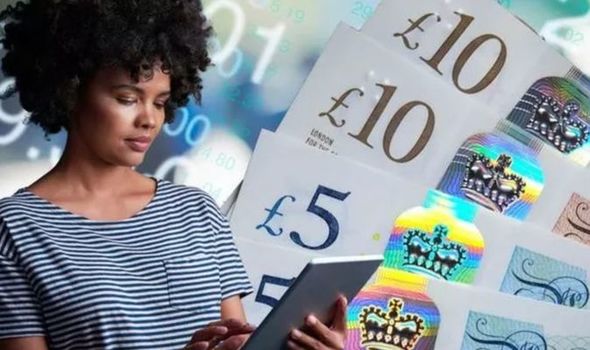 On his YouTube channel Conversations of Money, Mr Komolafe aims to break all of the language down into simple English as a way to help people understand the fundamental principles.

When looking at investing, it’s important for one to “familiarise yourself with the language” and treat it like “learning a new language”.

He explained: “If you went to France and you didn’t know what bonjour meant, you wouldn’t know when to use it or in what context, or what it means. The same thing applies with investing.

“Investing is basically about buying into companies and becoming a shareholder of the company so over the long term If that company grows, you partake in the profits and the share price increase as a result of the profits.”

DON’T MISSMartin Lewis explains the simple way to boost your bank balance before Christmas [INSIGHT]Mortgage rates could increase £600 a year due to interest rate hike – how to avoid rise [ANALYSIS]Council tax hike: Bills to increase up to £240 in the next few years [ANALYSIS]

Additionally, when looking to invest, it’s important for one to have a goal.

Mr Komolafe asked if the reason is for retirement or whether it is to help pay university fees for a child. There has to be a “particular thing” which is the reason for wanting more.

He continued: “It may sound nonchalant in the beginning, but the reason why you’re investing is going to guide how you go about it.

“Let’s say it’s for retirement and you’re in your 30s right now, the next question is when are you looking to retire. Is it 55 or is it 60?

“If it is 60 then it means you have a 30-year time horizon which means that you get to select specific investment vehicles that will give you the best benefit overall.

“Educate yourself, with books, podcasts and content out there. Getting started is the most important thing.”

Mr Komolafe went on to discuss investing for retirement more specifically and the tools available for those in their 30s and 40s.

Workplace pensions are particularly valuable and are beneficial for those in work. Most people will be invested in one but they may not know. 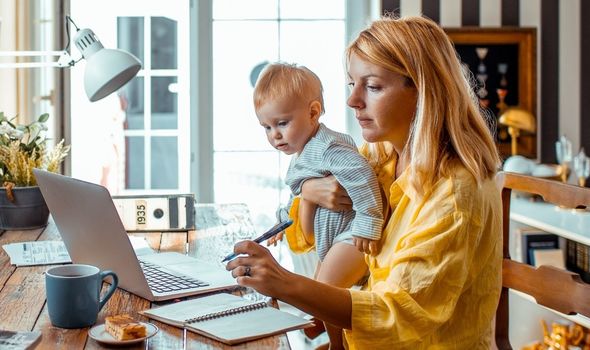 The government introduced auto-enrolment to help people with their pension savings. It’s a scheme whereby one’s employer has to contribute into a pension on their behalf.

The money saving expert added: “Effectively that is free money, so as long as you’re opted in to your workplace pension scheme you will be contributing five percent and your employer will be contributing three percent. So eight percent of your annual salary will be going into your pension.”

For those in their 30s, Mr Komolafe mentioned the importance of making sure they are invested into things that will work as hard as possible for them. It’s important to know exactly what one’s workplace scheme is offering and if this can be maximised.

He suggested, when speaking to HR, one may benefit from asking questions such as “do you match my contributions?” Instead of just offering the minimum three percent rate some companies may say ‘If you pay eight percent, we will also pay in eight percent.’ “So you have the opportunity of getting free money,” he said.

The main thing for those in their 30s and 40s is to “visualise” what their retirement might be.

Being able to see 20 or 30 years in the future may be hard, but it can be a crucial part of getting the retirement that one wants.

Mr Komolafe concluded: “Try to take a step back and envisage what does your retirement actually look like.

“Do you want to be able to maintain the same level of livelihood as you’ve enjoyed in your working years because the reality is that no one wants to get to retirement and have to downgrade their lifestyle.”

Northwest flooding evolving in areas hit by prior storm

Masks to return to schools, transport and shops as third Omicron case detected

Thomas Lemar, Antoine Griezmann and Angel Correa scored as Atletico wonA Jan Oblak OG pulled one back late on but Matheus Cunha quickly made it 4-1 Diego Simeone's men were triumphant against relegation candidates CadizAll the goals came in the second half as the hosts collapsed and Atletico profited  Read more »

Photo credit: BBC Casualty spoilers follow. It's the first part of Casualty's Christmas two-parter next week, and we'll be time-jumping from December 2006 to December 2020. Casualty will be airing ... Read more »

NEW YORK — The first woman to say she was assaulted by Jeffrey Epstein is bracing for a moment she’s long dreaded: the trial of Ghislaine Maxwell. Opening arguments begin ... Read more »

AN EVIL husband used a deadly snake to kill his wife as she slept in a bid to get away with murder. Suraj Kumar's plot was uncovered just months after ... Read more »

Darren Fletcher appears to communicate with Ralf Rangnick via EARPIECE

© Provided by Daily Mail MailOnline logo Manchester United chief Darren Fletcher has been accused of communicating with Ralf Rangnick during the club’s 1-1 draw against Chelsea. The Red Devils, ... Read more »

© Provided by BollywoodLife.com Bigg Boss 15 is terribly boring and people do not have much of a different opinion about the Weekend Ka Vaar too. This time, we saw ... Read more »

© PA Images Jurgen Klopp; Rafa Benitez TEAMtalk Liverpool boss Jurgen Klopp is not a fan of the ‘intensity’ of the Merseyside derby and hopes Wednesday’s clash with Everton is ... Read more »

© Provided by Pinkvilla The day is finally here! The beautiful couple Sanjay Gagnani and Poonam Preet got hitched today in the presence of friends and family. Just yesterday, the ... Read more »

© Provided by 702 President Cyril Ramaphosa on Sunday addressed the nation on the development in the country’s response to the coronavirus pandemic. His address comes amid growing concerns over ... Read more »

© Bang Showbiz Yoko On reacts to fans’ support over Beatles split blame Yoko Ono has shared an article compiled of fans’ messages supporting her over claims she was the ... Read more »

TOTW 11 predictions for FIFA 22 are coming in as matches around the world wrap up following Thanksgiving. EA Sports is currently running the Black Friday: Signature Signings promotion in ... Read more »

British institutions must take responsibility for their history of benefiting from slavery, the curator of a new landmark exhibition of Caribbean-British art at Tate Britain has said. © Provided by ... Read more »

'Can't believe that', 'Incredible' - Many NUFC fans in meltdown as 'shocking' footage emerges

Newcastle United’s quest for Premier League survival took another blow on Saturday afternoon as Eddie Howe’s first game in the dugout resulted in a 2-0 loss to Arsenal. © Provided ... Read more »

Manchester United star Bruno Fernandes was caught lashing out at a steward during celebrations in Sunday’s 1-1 draw with Chelsea. A clanger from Jorginho gifted the ball to Jadon Sancho ... Read more »

Benitez confident he can turn around Everton's poor form

Rafael Benitez can understand the frustration of Everton supporters but remains confident about turning around their poor form after defeat at Brentford extended their winless run to seven games. Bees ... Read more »

Heart of our City: David Costa

David Costa has a life-long passion for music and making people smile. “Laughter is key,” Costa said. “I’m born and raised in this town, and I’ve been through everything.” Costa ... Read more »

© Provided by Independent Online (IOL) From celebrities to politicians and business people, everyone can fall prey to online scammers. In recent years these online fraudsters have targeted celebrities’ social ... Read more »

After South African scientists announced the sequencing/identification of a concerning new variant of the coronavirus, the international community responded with travel bans and hollow commendations of the country’s scientific expertise ... Read more »

THE HAGUE, Netherlands (AP) — Cases of the omicron variant of the coronavirus popped up in countries on opposite sides of the world Sunday and many governments rushed to close ... Read more »

Roy Keane accused Manchester United of “picking and choosing” when they perform after they battled to a 1-1 draw at Premier League leaders Chelsea on Sunday. Under caretaker coach Michael ... Read more »

DRIVERS are being warned not to ignore parking tickets – even if they plan to appeal them. Those who do neglect to do anything about the fines could risk being ... Read more »

DAYTIME telly gem Cash In The Attic is set for a reboot – a decade after the BBC axed it from schedules. Football legend Chris Kamara has signed up as ... Read more »

"Virgil was no only a genius designer, a visionary, he was also a man with a beautiful soul and a great wisdom," LVMH's CEO Bernard Arnault said in a statement. Read more »

LIVE – Updated at 19:04 © AFP via Getty Images Face masks on tube.jpg Secondary school students across England have been told they must once again wear face coverings in ... Read more »

© Provided by The Guardian Photograph: Tom Jenkins/The Guardian It was a day when Manchester United defended in numbers, when they sacrificed all attacking ambition in pursuit of something, anything, ... Read more »

© Getty Images VirgilAbloh18.jpg Influential Louis Vuitton designer Virgil Abloh has died aged 41 following a battle with cancer. The designer, who had worked as the men’s artistic director at ... Read more »

The UP Teacher Eligibility Test (TET) was cancelled hours before it was due to start across Uttar Pradesh after it was discovered that the question paper had been allegedly leaked, ... Read more »

© Provided by Extra.ie Chris Forrester scored in extra-time to give St Patrick’s Athletic a  precious lead in the Extra.ie FAI Cup final only to be cancelled out minutes later. ... Read more »

LAKE LOUISE, Alta. — A three-race World Cup weekend turned into a one-race weekend in Lake Louise, Alta., with the cancellation of Sunday’s men’s super-G. © Provided by The Canadian ... Read more »

A group of migrants camp on railway lines in Dunkirk following the death of 27 people in the Channel on Wednesday – Jamie Lorriman A teenage boy believed to have ... Read more »

Sharon Gaffka showcases her toned midriff during birthday night out