Inheritance Tax is a tax on someone’s estate who has passed away, which includes their property, money or possessions. Taxpayers are able to give away up to £3,000 every tax year to their family and loved ones without them being added to the value of their estate.

On The UK Personal Finance Show, Phil Anderson discussed the ‘seven-year rule’ and how it could lead to people paying IHT on gifts they give to loved ones which aren’t covered by the £3,000 gifts allowance.

He said: “To reduce the amount of IHT payable, many families will consider giving their assets away as gifts.

“This is called a potentially exempt transfer, but the catch with this is for the gifts not to be counted as part of your estate, you must outlive the gift by seven years.

“If you die within seven years and the gifts are worth more than the nil rate band, the taper relief applies so that let’s say you die six years in after gifting something away, the tax on that will be less than if you died a year after.

READ MORE: Retirement planning: The ‘really crucial step’ when it comes to maximising your pension 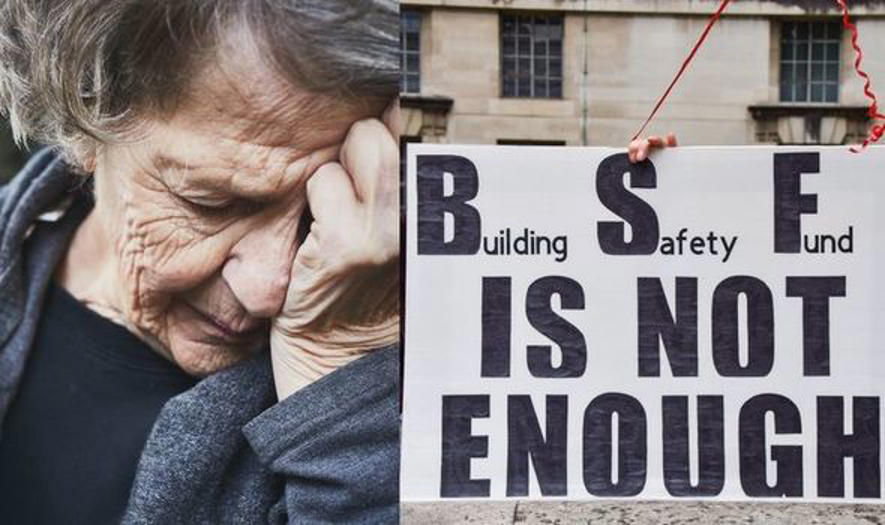 “If you are gifting things away, if you live for seven years fine, no IHT to pay, but if you die before that time, then there will be some type of tax bill.”

If people die within seven years of giving a gift and there’s IHT to pay, the amount of tax due depends on when they gave it.

Gifts given in the three years before your death are taxed at 40 percent.

Gifts given three to seven years before your death are taxed on a sliding scale known as ‘taper relief’.

DON’T MISS:‘Shocking’ – DWP errors ‘still being made’ while correcting underpaid state pension issue [INSIGHT]‘Wasn’t expecting that!’ Pensioners delighted as they make £1,192 in just one day [VIDEO]‘How can you raise this money?’ Concern as pensioners face huge bills due to unsafe home [ANALYSIS]

This is how much tax one can expect to pay if death occurs within the seven years:

This includes all the assets a person leaves behind after they die, including property and savings after debts and funeral costs have been deducted.

However, if the person gifts some of their estate early, the overall asset value in the estate is reduced. 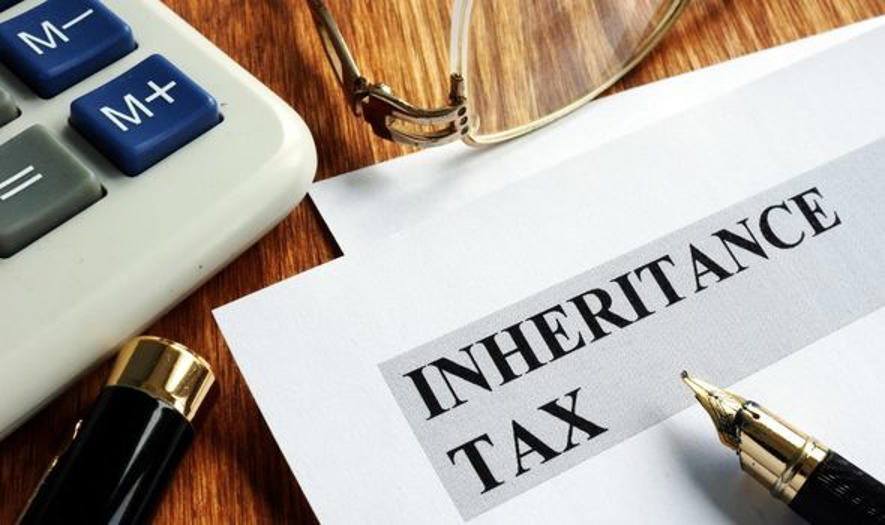 This can either take it under the £325,000 threshold or, at least, reduce the amount of Inheritance Tax that needs to be paid.

No Inheritance Tax is paid on gifts between spouses and civil partners, provided they live in the UK.

Furthermore, taxpayers can also give away wedding or civil ceremony gifts of up to £1,000 as part of the exemption.

Everyday gifts, such as birthday or Christmas presents, are also eligible to be part of the exemption.

However, taxpayers must be able to maintain a certain standard of living after making the gift.

Mr Anderson added: “Any gifts you do make must be out right gifts, you can no longer benefit from them.

“An example of that would be if you were supposed to gift your house but continued to stay in the house, you would have to pay a commercial rent.

“If you didn’t do that, then HMRC would consider it to be what’s called a ‘gift with reservation’ and this would then be included as part of your estate if that were to happen.”

How to complete the Bijuu Mike Challenge in BitLife

Fort Valley State shooting: One person was killed and seven more injured at an off-campus party

Foden at the double as Man City blitz Brighton

Even best-case emissions scenarios only aim to limit global warming to 1.5°C – and even then, thousands of Canadian homes are at risk of damaging flooding, with multi-fold increases in ... Read more »

One person was killed and seven more were injured in a shooting incident at an off-campus party near Fort Valley State University (FVSU) in Georgia on Saturday. © WGXA The ... Read more »

‘Something,” Jürgen Klopp said in February 2019 after Liverpool had drawn 0-0 at home against Bayern, “changed in the world of football – everyone adapted to it and we have ... Read more »

A federal judge said colleagues have received threats for presiding over cases related to the 6 January attack on the US Capitol. © AP capitol riot During a hearing on ... Read more »

© Provided by Football FanCast Semedo With Bruno Lage’s Wolverhampton Wanderers side heading into Saturday’s Premier League clash in an excellent run of form, the 45-year-old would have undoubtedly been ... Read more »

A first-half masterclass from Manchester City saw them win at Brighton and move back up to second in the Premier League © Getty Images GettyImages-1348260643.jpg The reigning champions were untouchable ... Read more »

© Provided by WION Union Home Minister Amit Shah arrived here on Saturday for his first visit to Jammu and Kashmir since Article 370 was revoked in August 2019 and ... Read more »

It’s about 2.20pm outside Selhurst Park, on the corner of Holmesdale Road. A man is shaking a bucket on behalf of the Palace for Life foundation. “Any loose change for ... Read more »

The story of Celtic's 2-0 win over St Johnstone: Ange Postecoglou's men are becoming a team supposed to be beyond them

Celtic’s world has turned in a manner considered unimaginable six weeks ago. © Celtic’s Josip Juranovic celebrates his penalty strike that sealed a comfortable 2-0 win for Celtic … Then, ... Read more »

Eduardo Iturralde González could see it coming. “I saw Sergio Ramos running towards Leo Messi and I thought: ‘He’s going to whack him,’” the referee recalled – and he was ... Read more »

Manchester City produced a classic game of two halves – brilliant attacking in the first, stolid defending in the second – to keep leaders Chelsea in their sights. The Blues ... Read more »

A dominant first-half performance from Manchester City saw them run out 4-1 winners away at Brighton and Hove Albion on Saturday evening. © Manchester City FC via Getty Images BrightonvsManchesterCity2310F.jpg ... Read more »

© Garda Press Office Kenzie Delaney. GARDAÍ ARE APPEALING to the public for assistance in tracing the whereabouts of a 15-year-old girl who was last seen in the Dublin 1 ... Read more »

Middlesbrough condemned Cardiff to an eighth successive Championship defeat with a 2-0 victory that saw the end of Mick McCarthy’s reign at the Welsh club. Andraz Sporar’s first-half penalty and ... Read more »

© Provided by The Telegraph Matt Hutchins posted a tribute to his wife Halyna on Twitter expressing his family’s The director who was injured when a cinematographer was accidentally shot ... Read more »

© via REUTERS Film director Joel Souza is seen in this undated handout photo The director of Rust has issued his first statement following his hospitalisation for a gunshot wound ... Read more »

© Provided by Daily Mail MailOnline logo She’s famously known for her stony-faced red carpet appearances. Yet, Victoria Beckham has proven she has a cheeky sense of humour in a ... Read more »

© Provided by Zee Business Dodla Dairy Ltd has reported a 31 per cent fall in its consolidated net profit to Rs 29.39 crore for the quarter ended September. Its ... Read more »

The U.S. is nearing a formalized agreement with Pakistan to use its airspace to conduct operations in Afghanistan, according to a CNN report Saturday. © Kena Betancur/Pool Photo via AP ... Read more »

COVID-19 vaccine mandate: Who's required to show proof of vaccination?

While waiting for the White House to review the rules on a federal vaccine mandate, some states and cities have taken vaccine requirements into their own hands. For instance, there’s a ... Read more »

How to get Heirloom Shards in Apex Legends on PC, Xbox, and PlayStation?

© Provided by Dot Esports There are many unique cosmetics in Apex Legends, and Respawn Entertainment continues to add more of them with every patch. Despite the price tags of the existing ... Read more »

Falcons downgrade Avery Williams to out

© Provided by NBC Sports The Falcons will officially be without one of their young members of the secondary on Sunday. Atlanta has downgraded cornerback Avery Williams from doubtful to ... Read more »

© Provided by Pinkvilla As the show starts, the judges dance their way to their seats. The first contestant, Abir Rahman from Kolkata, starts his performance. The judges waste no ... Read more »

While running for president, Joe Biden campaigned as a lunch-pail-carrying, blue-collar moderate from Scranton, Pa. But during his short tenure in the White House, Biden has proven himself to be ... Read more »

The search for missing 3-year-old Major Harris, last seen alive the same day his mother was discovered dead just more than a week ago, has ended in tragedy. “With a ... Read more »

'Deluge' in a drought: Millions of Californians warned of flash flooding risk on Sunday

Drought-stricken regions of Northern California could see “excessive rainfall” — as much as 8-10 inches of rain — when an extreme weather system hits the West Coast this weekend, the ... Read more »

A judge in Tennessee sided with two families to continue to block Gov. Bill Lee’s (R) executive order that allows parents to opt their children out of a mask mandate ... Read more »

A University of Southern California fraternity has suspended its chapter president after six students told the University that their drinks were spiked at a party last month, and at least one ... Read more »

#1 Reason Vitamin D Is Good for Your Bladder, Urologist Says

Home care system for elderly with dementia is ‘on its knees'

Jones on Newcastle draw: It gives us somewhere to start

Rampant Man City too much for Brighton despite Ederson penalty gaffe

The US must expel Turkey's ambassador

Walmart offers employees a more 'flexible' way of working, asking them to return to the office next month