The UK has formed a new security and intelligence alliance with Washington and Canberra to counter emerging threats, including in the Indo-Pacific. The agreement, also known as AUKUS, will help to tackle the rising force of China by equipping the Australian navy with eight nuclear-powered submarines – tearing up a multi-billion pound deal with France in the process.

Brexiteer Ben Harris-Quinney hailed the agreement and said Australia and the US are “far more natural partners than the EU”.

The chair of the Bow Group think-tank told Express.co.uk: “The UK holds some common interests with the US and Australia, and formal partnership makes sense on a range of issues, including defence.

“They are far more natural partners than the EU.

“Strategically the three nations span the globe, and having bases for defence operations across the world is a great advantage. 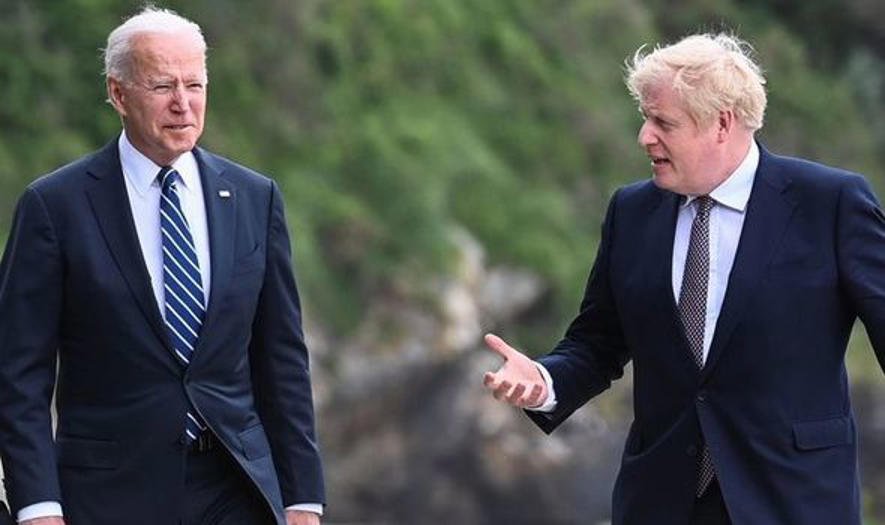 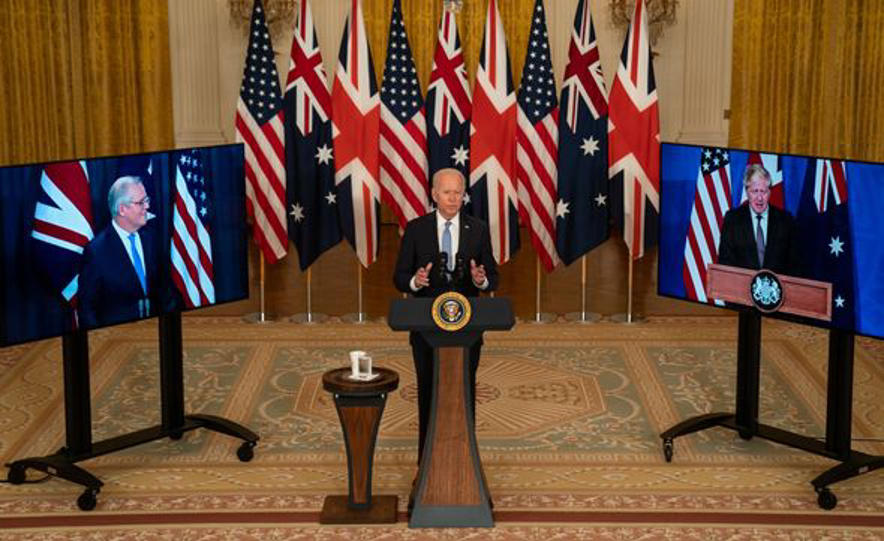 “The rise of China presents a realignment of the global order and potential strategic threats, but whilst the UK has many economic interests in the Indo-Pacific region it is not in our interests to attempt to be a policeman in the world.”

The new defence part triggered a furious response from France after Australia abandoned a deal signed in 2016 for 12 French submarines, worth around £45billion.

Mr Harris-Quinney says the security pact was not possible without Brexit as Brussels would have had the “powers to disrupt and block it” – but not anymore.

He also cautioned the Government not to get distracted by oversees issues and focus on matters closer to home. 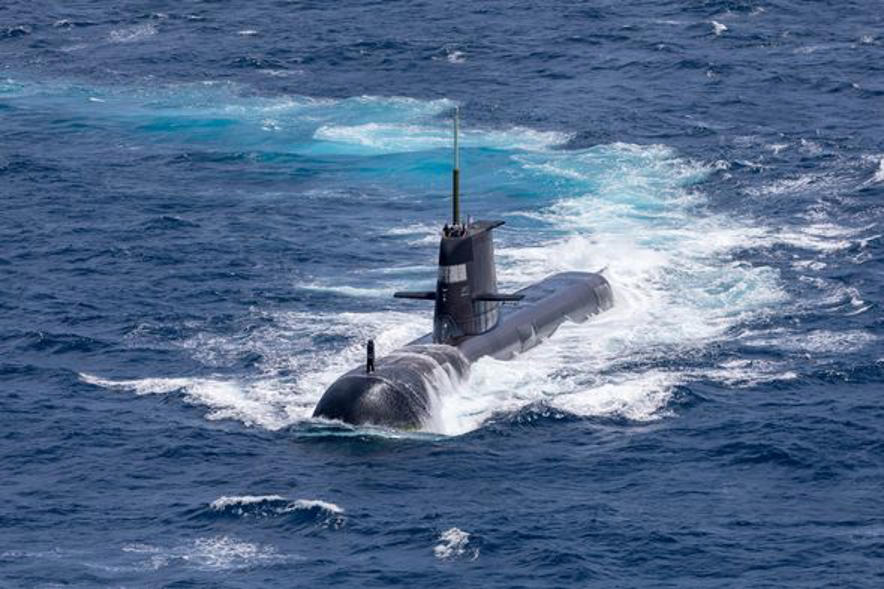 Mr Harris-Quinney added: “It is important that any partnership must protect British interests, rather be used as a basis to get involved in more foreign conflicts like Iraq, Afghanistan, Libya, and Syria that have nothing to do with the British public.

“Much of this defence and security agreement relates to arms sales and trade, and Brexit makes that a lot easier with both the US and Australia.

“We know how strongly France opposes this deal, and if we had still been in the EU they would have had a lot more powers to disrupt and block it.

“It is a great example of Britain returning to work freely with more natural partners without the bureaucracy and political of the EU preventing it.”

Shapps ‘ruling nothing out’ including military help for HGV shortage [VIDEO} 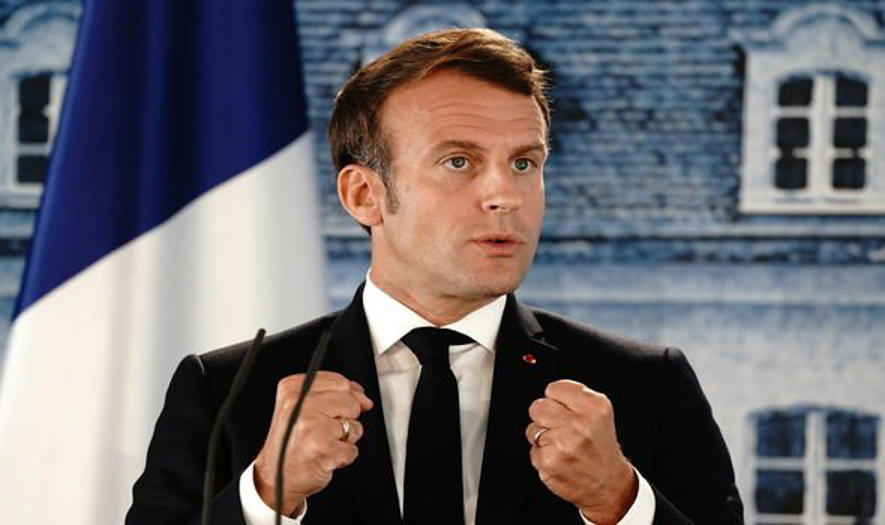 Australian Prime Minister Scott Morrison said he has tried to arrange talks with French President Emmanuel Macron, but has been unsuccessful so far.

President Macron recalled French ambassadors from Washington and Canberra following the announcement of the AUKUS deal.

During a trip to Washington this week, the Prime Minister also ruled out allowing France to join the pact in order to calm tensions. 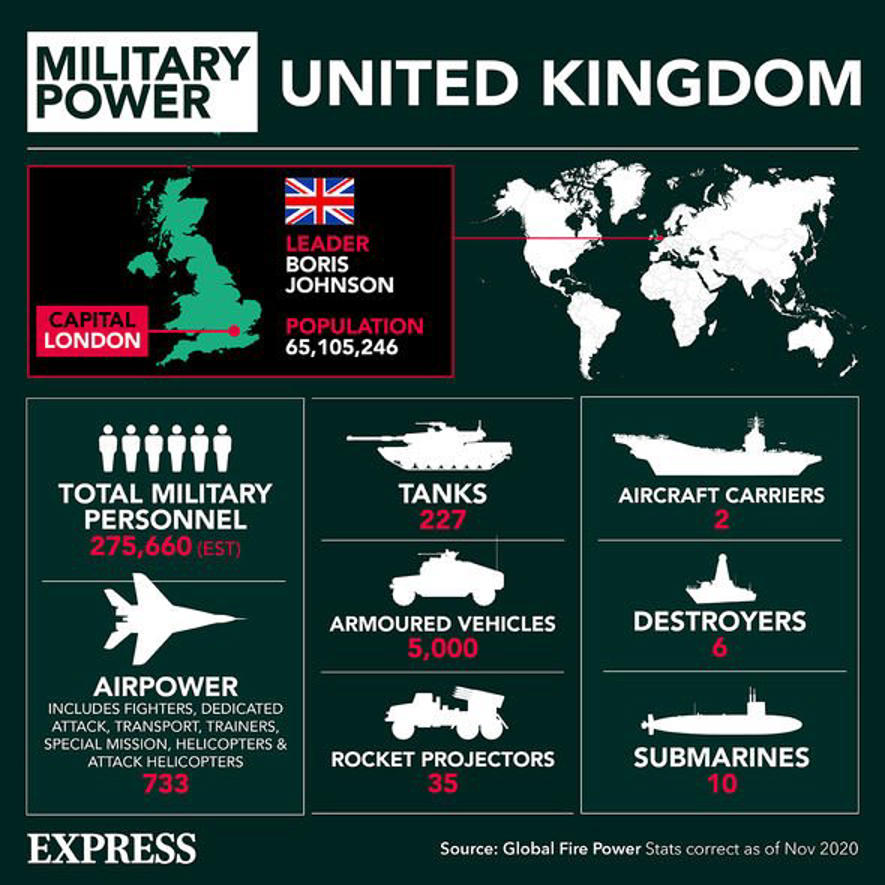 The US President and Mr Macron have held since clear the air talks and released a joint statement.

It said the pair “decided to open a process of in-depth consultations, aimed at creating the conditions for ensuring confidence”.

It added Mr Biden and President Macron agreed “the situation would have benefitted from open consultations among allies on matters of strategic interest to France and our European partners”.

The two leaders plan to meet at the end of October in Europe.

Don't know how to keep fit during vacation? These bag workouts are the answer!

NCR areas under granular lockdown down to 102 –PNP

Alec Baldwin discharged a prop gun on the set of 'Rust,' killing the film's cinematographer and injuring its director, police say

Husband of Missing Calif. Mom Maya Millete Pleads Not Guilty to Her Murder

Tim Paine is targeting a return to cricket through a second XI game for Tasmania as the Australia captain strives to prove his fitness ahead of the first Ashes Test. ... Read more »

The number of districts reporting over 5% positivity rate – a criteria used internationally to gauge the Covid-19 spread – have further declined from 55 to 51 in the October ... Read more »

SC to Centre: How did you fix Rs 8 Lakh as EWS quota ceiling?

The Supreme Court has asked the Centre to explain how it fixed ₹8 lakh as income limit for determining whether someone qualified for seats reserved for Economically Weaker Sections. After ... Read more »

President Rodrigo Duterte sought deeper cooperation and friendship with Saudi Arabia and seven other countries. Duterte expressed this intent as he received the credentials of ambassadors from Saudi Arabia, Belgium, ... Read more »

The sounds of the Tragically Hip will echo through  the Aurora branch of the Royal Canadian Legion this Saturday for Rockin’  for ReconciliACTION, a concert benefiting the Gord Downie and ... Read more »

'Damaging and disheartening:' California teacher on leave after being filmed chanting in faux Native American headdress

A Southern California high school teacher was placed on leave after a video recorded by a student showed her chanting and dancing around her classroom in a faux Native American ... Read more »

Hip-Hop artist Young Thug has sued his apartment complex accusing its employees of letting an unknown person take his designer bag that had unreleased songs and more than $100,000 worth ... Read more »

WASHINGTON (AP) — President Joe Biden botched the numbers behind the COVID-19 vaccine rollout Thursday as he stretched to take all the credit for the surge of shots once he ... Read more »

(Reuters) – Ministers from the Asia-Pacific trade group APEC will meet virtually on Friday, hoping to chart a path forward for the region to recover from the COVID-19 pandemic and ... Read more »

If you’re looking for elegant homemade cakes perfect for all occasions, Puteri Nur Alia’s baking business, namely Alia & Her Cakes are sure to serve you some scrumptious treats! Based ... Read more »

China sticking with ‘zero-Covid', but is it a binary choice?

Illustration: Brian Wang A retired couple in China who tested positive for Covid-19 while touring the country’s north have sparked a race to track infections across multiple provinces and regions, ... Read more »

President Joe Biden said Thursday he would be open to altering the filibuster to pass voting rights legislation, but said attempting to do so now would hamper his ability to ... Read more »

What people are saying about China Evergrande Group

Evergrande has reportedly paid off $83.5 million worth of interest in dollar bonds ahead of deadline to avoid default

© Provided by WhatToWatch Leonard is released from prison. On TV tonight, it’s the final episode of Grantchester on ITV, a thrilling new series starts on Apple TV+, Invasion, and ... Read more »

© Provided by New Straits Times A tiger spotted at the Lenggor Forest Reserve in Kluang, Johor, recently does not seem to be afraid of humans or vehicles. Based on ... Read more »

© Provided by Free Malaysia Today Pakatan Harapan is still undecided on having (from left) Idris Haron, Nor Azman Hassan and Noor Effandi Ahmad stand for election under its banner. ... Read more »

'Disallow all travel to Melaka'

© Provided by New Straits Times All travel to Melaka from other states should be banned with immediate effect to prevent politicians, campaigners and party workers from converging and causing ... Read more »

© Provided by Southern Living Robbie Caponetto As the Appalachian Mountains cascade down the East Coast, punctuating the landscape with peaks and valleys, they find at their southern reach a ... Read more »

The Africa Cup of Nations returns in January and looks set to leave a number of Premier League clubs in a precarious position. With as many as 39 players potentially ... Read more »

© Provided by The Times of India The Election Commission has advised political parties and candidates against organising any political activities directly related to the ongoing bye-elections even in areas ... Read more »

Oct 22 Could any of these T20 batters get the better of Rashid Khan? View this post on Instagram Oct 21 Who’s the most fashionable WBBL player? Is Ellyse Perry ... Read more »

© Provided by CBS Sports STATE COLLEGE, PA – AUGUST 31: A view of Nike game balls on the field before the game between the Penn State Nittany Lions and ... Read more »

A woman has died and a man has been hurt in an accidental shooting on the set of a film starring Alec Baldwin. © Getty Images Alec Balwin is a ... Read more »

The teachers at an Afghan midwifery college in a Taliban stronghold have dodged bullets through their office windows and seen their last training centre blown up. © BULENT KILIC The ... Read more »

World's largest museum for an artist? Munch gets new digs

What is the need of government if...: Varun Gandhi attacks Yogi Adityanath over flood situation

PM Narendra Modi to address the nation at 10 AM today, tweets PMO

Court orders Barilaro COS explain herself

Biden says he will consider 'doing away' with the filibuster

SGX Nifty up 20 points; here's what changed for market while you were sleeping