James Bond star Rory Kinnear has revealed why, despite starring in four Bond films, he doesn’t do stunts and isn’t “an action guy”.

© BBC James Bond star Rory Kinnear has revealed why, despite starring in four Bond films, he doesn’t do stunts and isn’t “an action guy”.

Kinnear plays MI6 agent and M’s chief of staff Bill Tanner, stepping into the role for Quantum Solace, then reprising it in Skyfall, Spectre and this year’s No Time to Die.

“Luckily, I’m not an action guy,” he told The Observer, when asked if he was jealous of the titular character’s action. “It’s not why I wanted to become an actor.

“I’ve been on set during fun stunts but usually cower in the corner. I’ve seen the physical regime required to maintain your health within a role like that…”

Related: How to watch No Time to Die online at home

Kinnear’s father, actor Roy Kinnear, also dabbled in British espionage acting, starring in 1965’s The Avengers as well as other blockbusters such as Gene Wilder’s Willy Wonka & the Chocolate Factory and the original Alice’s Adventures in Wonderland film.

Rory said having parents that were actors enabled him to see it as a “doable job” rather than “as a fiction or dream”.

On his own children, 11-year-old Riley and 7-year-old Hope, getting into acting, he added: “While I’d want my children to understand the pitfalls, I could never say don’t do it.

“I love being an actor, and the excitement of not knowing what you’re going to be doing six months into the future. Obviously, that impacts on people’s lives, but everyone understands that it’s what you’ve chosen to do and it brings the greatest imaginable happiness professionally.”

Related: James Bond bosses hit back at reports that No Time To Die is losing money

Having starred exclusively alongside Daniel Craig’s iteration of 007, it is yet to be confirmed whether Kinnear will reprise his role when the next spy is announced.

No Time to Die is, at the time of writing, the highest-grossing Hollywood release of 2021, overtaking Fast & Furious 9.

Since its release (and even before that), speculation about the next Bond has been running wild, with everyone from Henry Cavill to Lashana Lynch rumoured for the role. Many have been discussing whether another straight, white man will take over the role, or if Bond bosses will branch out with a more diverse choice.

No Time to Die is out now in UK and US cinemas. All the previous Bond movies are available on DVD or Blu-ray. 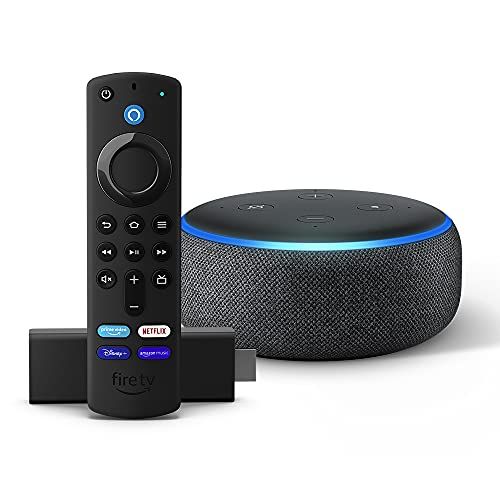 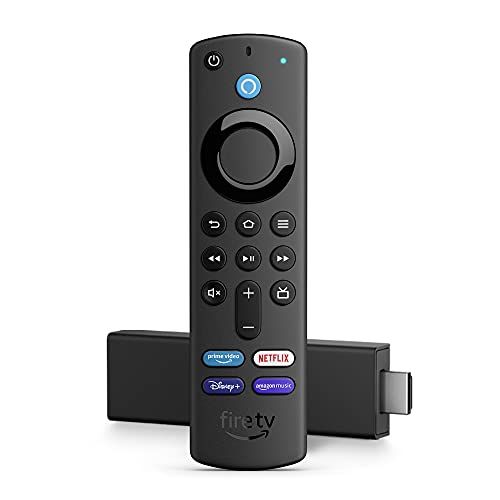 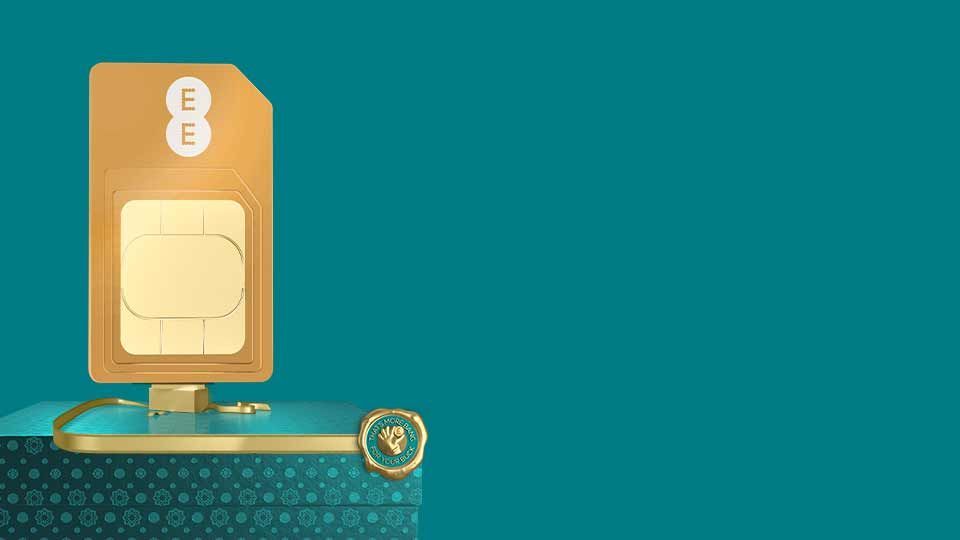 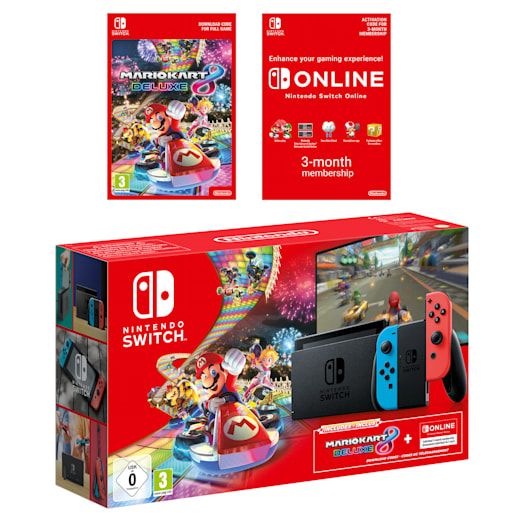 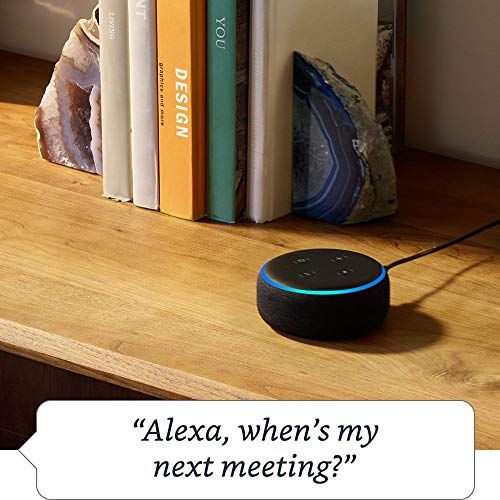 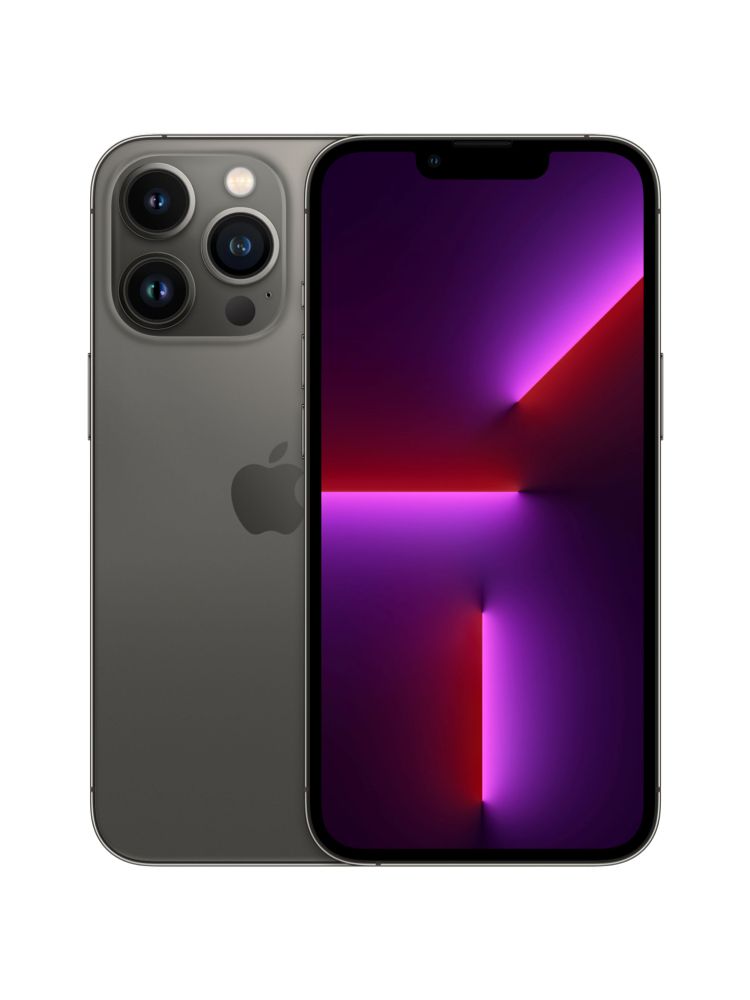 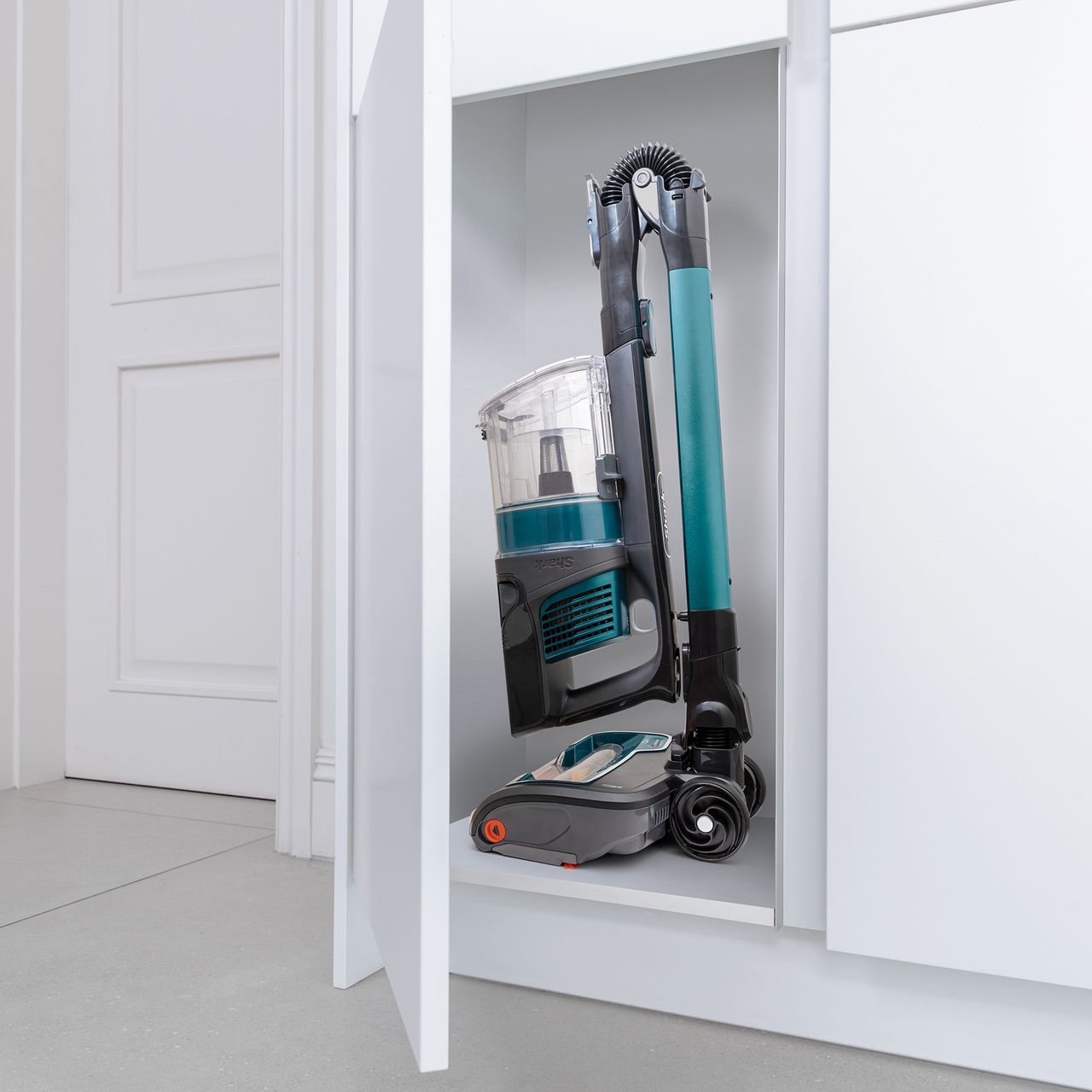 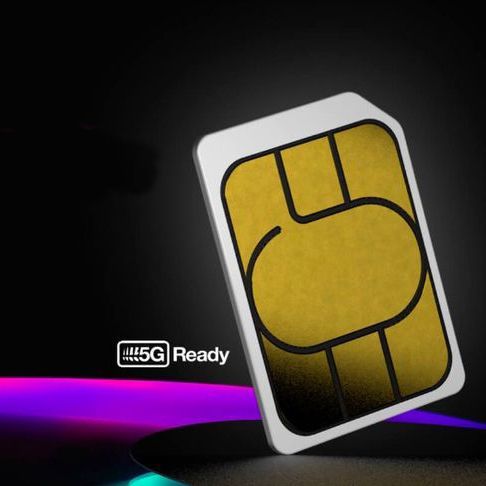 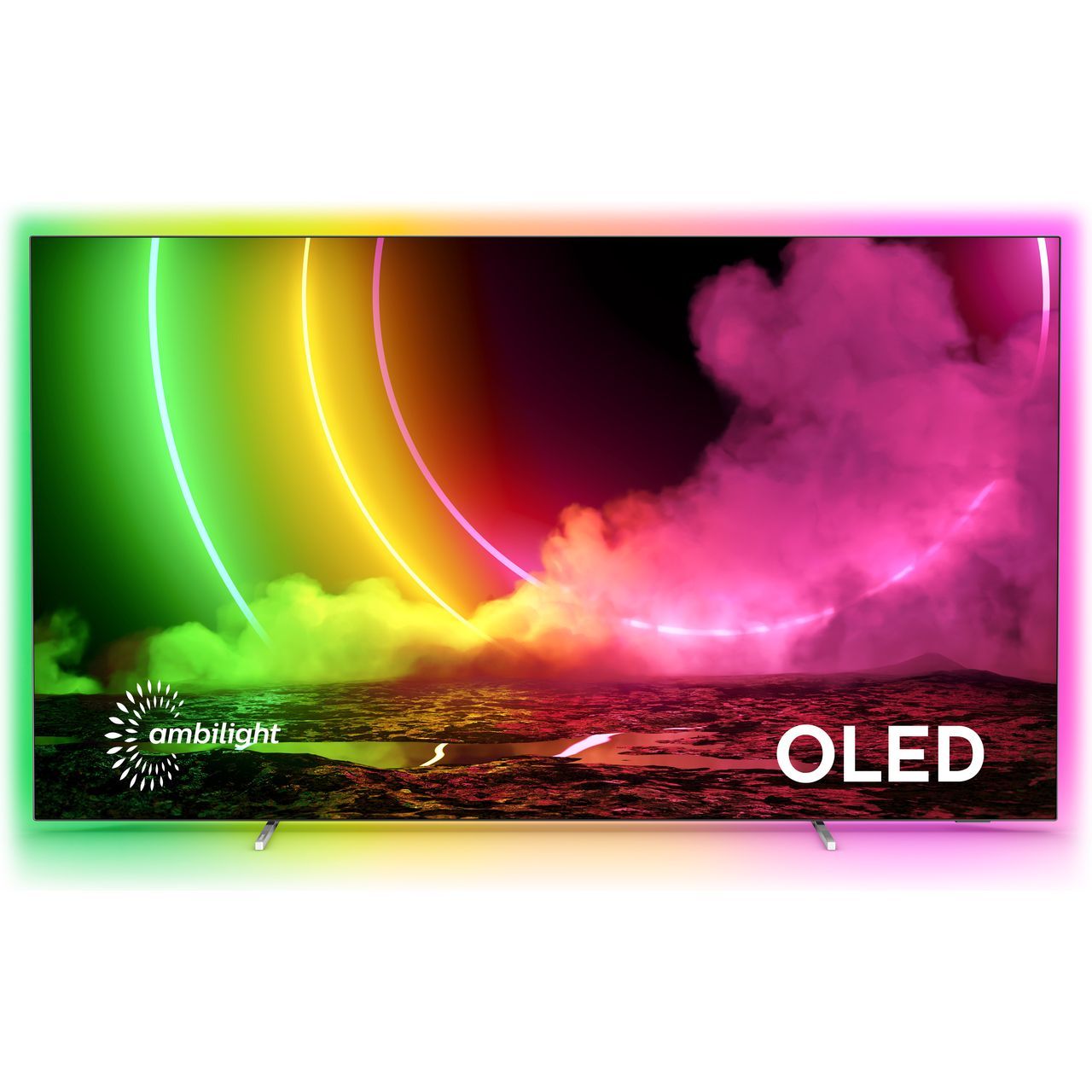 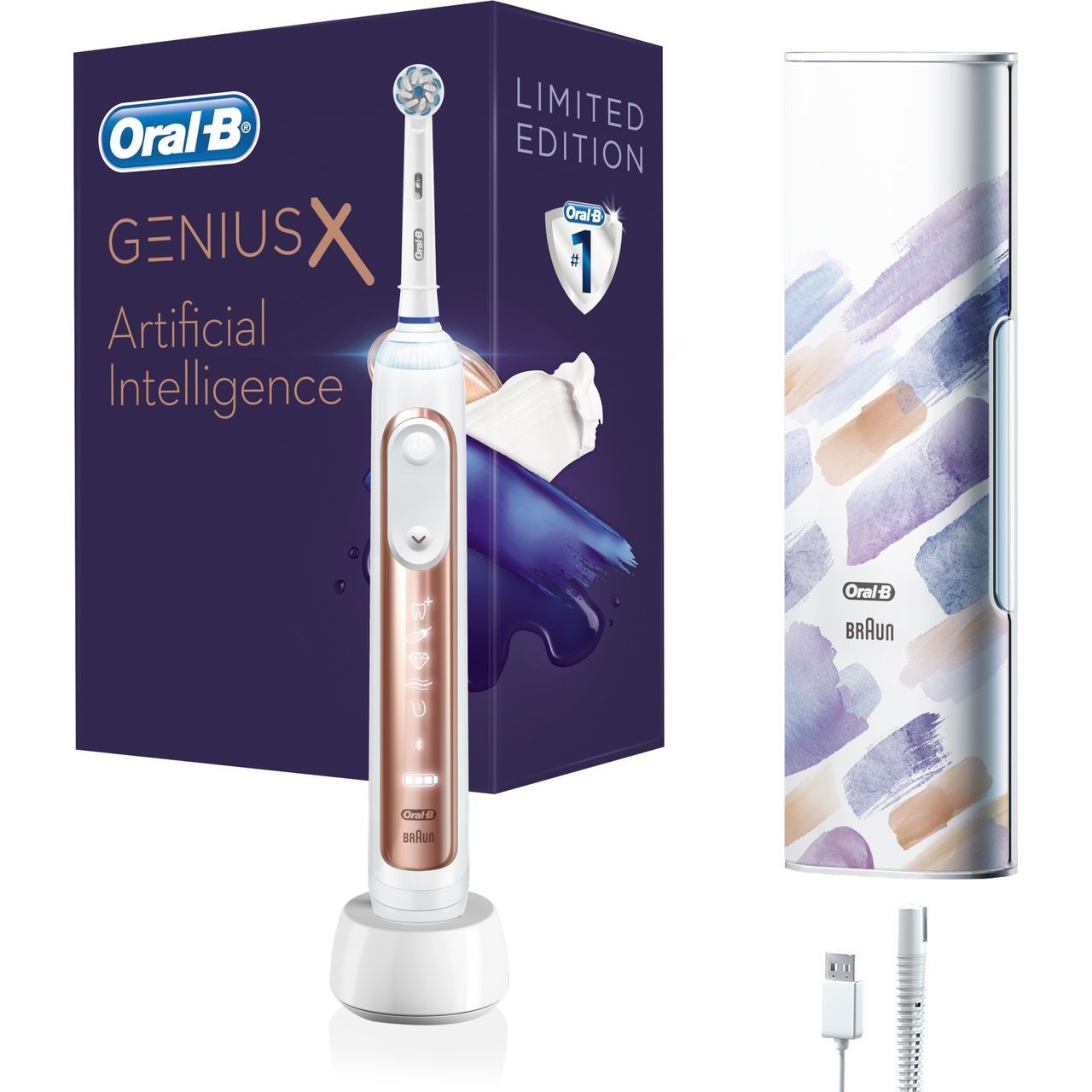 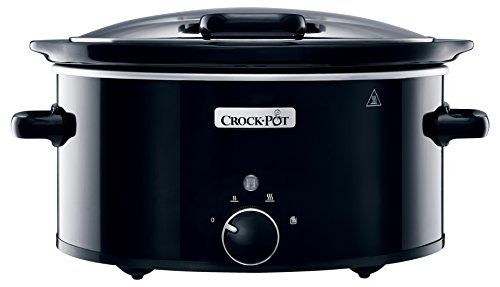 Amazon Prime members can save on Britbox – 3 months for 99p

Video: MOD is still evacuating 250 people a WEEK out of Afghanistan to the UK as Armed Forces Minister pledges to continue bringing them 'indefinitely' and for 'as long as people who are eligible want to come'

Video: Time to leg-go! Base jumper dangles from his partner's legs after they plunge into clouds from 3280ft Italian cliff in breathtaking stunt

#SkinSchool: How to manage rosacea-prone skin

Elon Musk laments the declining birth rate: 'If there aren't enough people for Earth, then there definitely won't be enough for Mars'

© Provided by Business Insider Elon Musk on August 13, 2021 at a press event on the grounds of the Tesla Gigafactory near Berlin. Patrick Pleul/picture alliance via Getty Images ... Read more »

MY Family was one of the BBC's most popular comedies during its run from 2000 until 2011. The show aired for 11 series and followed the antics of the Harper ... Read more »

Video: David Beckham designs a collection of invitation-only suites for £580-per-night hotel in China - boasting monogrammed linens, an exclusive bar and his portrait on the wall

Nearly 1,000 migrants have arrived in UK ALREADY this year after 168 landed in Dover on six boats yesterday including one that came perilously close to P&O ferry

Six boats intercepted or rescued by Border Force officials in Channel on TuesdayOne small boat carrying dozens of people came close to a P&O ferry yesterdayNumber of migrants arriving in the UK in small boats has reached nearly 1,000Officials have told Priti Patel that 65,000 people could cross the Channel in 2022 Read more »

Carer, 22, who boasted about being a 'prison wife' reveals she is engaged to serial burglar, 32, who she met while he was behind bars after he proposed with a diamond and platinum ring a day after his release

Breah Sutton, 22, from Swindon, had never met serial burglar Harley Webb, 32, from south east London when they started talking on the phone in August 2020  Pair didn't meet until  May 2021 as prison visits were banned during lockdown Serial burglar was released last week and proposed to Breah just a day afterDuring prison stint she was labelled a 'gold digger' on social media after he lavished her with gifts Read more »

Boyfriend beat domestic abuse survivor, 40, so badly that her daughter could only recognise her by her TOES

WARNING GRAPHIC CONTENT: Helen Procter, 40, was beaten up by her partnerDaniel Burton threw her against a wall and kicked her in the face in Hull last AprilHe was sentenced on January 4 to seven years in jail for grievous bodily harmMs Procter only learned of Burton's violent history when the case went to court Now, she want to raise awareness of Clare's Law, which allows police to disclose a partner's violent history to potential victims Read more »

KATE CROSS: England are determined to put things right in the Women's Ashes after our 2019 shocker... we want to grab this series by the scruff of the neck and show we CAN stand up to dominant Australia

US stocks set for cautious open as bond yields surge to pre-pandemic highs, while UK inflation soars to a 30-year high

Dancing on Ice‘s Rachel Stevens has pulled out of her debut this weekend (Sunday, January 23) due to an injury sustained in training. The singer, who is paired with professional ... Read more »

Six residents of a nursing home in eastern Spain perished after a fire broke out in the night, authorities said. Seventeen other residents were in hospital, with three in a ... Read more »

© John Stillwell via PA Images Rudy Giuliani THE HOUSE COMMITTEE investigating the Capitol insurrection has issued a new batch of subpoenas to some of Donald Trump’s closest advisers, including ... Read more »

Government will continue to bring eligible Afghans to the UK ‘indefinitely'

The Armed Forces minister has said the UK will continue to bring Afghans to the UK “for as long as people who are eligible want to come” as troops who ... Read more »

Liverpool 'set to recall Rhys Williams from his loan spell at Swansea' with the youngster struggling for game time under Russell Martin this season... paving the way for Nat Phillips to leave Anfield amid interest from West Ham, Burnley and Watford

Not even the more optimistic Preston North End fans out there would have predicted that their side would end up with a point after being 2-0 down, and a man ... Read more »

Kerala Health Minister Veena George on Tuesday cautioned people against the rapid spread of COVID-19 in the state during the third wave and said both Delta and Omicron variants of ... Read more »

Lewis Hamilton’s request for the FIA to sack race director Michael Masi is a view shared by a number of drivers on the grid following three notorious calls in 2021. ... Read more »

Boris Johnson is expected to announce this afternoon that he is lifting Plan B coronavirus restrictions in England as the Prime Minister steps up the fight for his political life. ... Read more »

Bruno Fernandes has been warned that his theatrics on the pitch may alienate him from his teammates. The 27-year-old notched a brace during Saturday’s 2-2 draw at Aston Villa, but ... Read more »

Dolly Parton has been married to the same man she was with before her singing career took off. Her music got its big break in 1966 with the album debut ... Read more »

MTV has axed ‘The Hills: New Beginnings’ after two seasons. © Bang Showbiz Brody Jenner was a star of The Hills The network have not ruled out reviving the brand ... Read more »

'She has a lot to learn': Sloane Stephens hits out at Emma Raducanu

Dollar Consolidates After Jumping in Line With Bond Yields; GBP Hurt by CPI

© Reuters Dollar Consolidates After Jumping in Line With Bond Yields; GBP Hurt by CPI By Geoffrey Smith  Investing.com — The dollar was marginally lower in early trade in Europe ... Read more »

You’ve heard of storm and hurricane hunters, but how about snow hunters? A team of NASA scientists recently headed to the Great White North for what we are best known ... Read more »

© Provided by The Independent The Recording Academy has announced that the 64th annual Grammy Awards will now take place in Las Vegas in April. The music awards ceremony was ... Read more »

Barca 'have been offered Cavani, Werner, Dybala and Aubameyang'

Ex drops update on "extraordinary" £20m machine who WHU "like", fans will be gutted - opinion

Quiz: Can you name which club Mansfield Town signed these 28 defenders from?

Leicester City vs Spurs: How to Watch, Team News, Head to Head, Odds, Prediction and Everything You Need to Know

What's at stake if the Supreme Court sides with Ted Cruz

Samsung leaks new notched tablet on its own website

Jake Paul will NOT be licensed to face Mike Tyson if their £36million exhibition is staged in Las Vegas, claims former UFC champion Michael Bisping... who insists the boxing capital's strict commission will refuse to sanction the bout

Ralf Rangnick 'has told Manchester United chiefs Harry Maguire, Luke Shaw and Aaron Wan-Bissaka are NOT good enough to be playing for the club... with the German insisting defensive trio need replacing'

‘Livestream please?' Filipino fans clamor after ‘When We Were Young' Fest line up announcement