Bodies of two teenagers, a boy and girl, have been found at quiet nature reserve Detectives are probing tragedy but at this stage police have ruled out foul play Officers were called to Bothenhampton, Bridport, Dorset on Tuesday at 10.11amThe Mayor of Bridport said the community would be shocked by double tragedy

The bodies of two teenagers have been found at a nature reserve in a quiet Dorset village.

Officers were called to the Bothenhampton Reservoir, near Bridport, in Dorset at 10.11am on Tuesday morning after a girl and a boy were found dead.

Detectives are probing the tragedy but at this stage police have ruled out foul play and a file is now being prepared for the inquest. 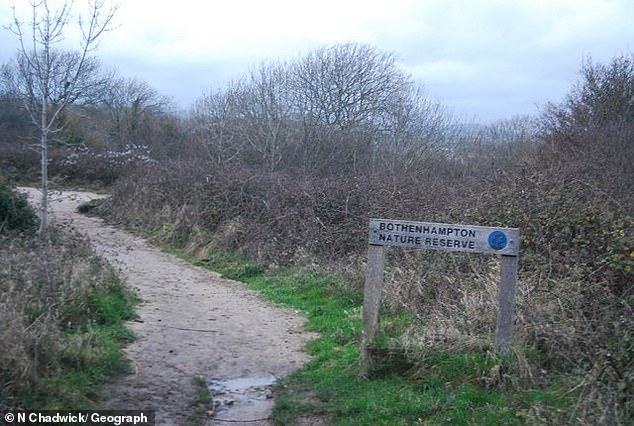 Officers were called to the Bothenhampton Reservoir, near Bridport, in Dorset (pictured) at 10.11am on Tuesday morning after a girl and a boy were found dead

The tragic discovery was made close to a reservoir at the southern end of the reserve.

The Mayor of Bridport, Councillor Ian Bark, said the community would be shocked by the double tragedy.

‘My sympathies go out to the friends and families of these young people. It’s very sad to hear that two people who are both so young have died.’

Local resident Joe Hackett told The Dorset Echo: ‘It’s an awful thing to happen and we have never had anything like this happen around here.

‘It’s very upsetting and the community can’t believe what has happened. It’s the last thing you expect to happen in such a quiet community.

‘It will likely leave the area in shock for some time because there has only been rumours about what happened. Our community has not had confirmation.’

In a statement, a spokewoman for Dorset Police said: ‘At 10.11am on Tuesday, 25 January we received a report of two people, a girl and a man – both in their late teens, having been found dead at Wych Hill.

‘To be precise, the location given was Bothenhampton Reservoir, Wych Hill. Officers attended. There are no suspicious circumstances.

‘Their next of kin have been informed and the coroner notified.’