A whole host of Celtic fans are buzzing on Twitter with the club’s latest post about Ange Postecoglou.

© Provided by This is Futbol Postecoglou

The Australian manager was brought to Celtic as Neil Lennon’s successor over the summer having never managed outside of his home country or Japan, but that has not stopped him in making this Celtic side into a competitive one once again after their failings last season.

Will Celtic win a trophy this season?

© Provided by This is Futbol Yes! Vote

© Provided by This is Futbol No! Vote

Despite only arriving in the summer, Postecoglou took very little time in moulding the team into his own as 12 new players arrived at Celtic Park and those players appear to be finding their feet now with the Bhoys having only lost to Bayer Leverkusen in their previous eight matches and fans are certainly loving what Postecoglou is doing as their manager.

A lot of Celtic fans are very happy on Twitter to see the club appreciating Postecoglou.

What have these Celtic fans been saying?

‘Honestly been an over hour since these dropped and they’re still making me have the biggest smile on my face. My manager”

“I would, quite simply die for him.”

“Things I love to see”

“Honestly never loved a man more than my life , ange you have my heart x”

“Glorious man what a guy”

“The man is building something special. The Board MUST back him properly in January !!!” 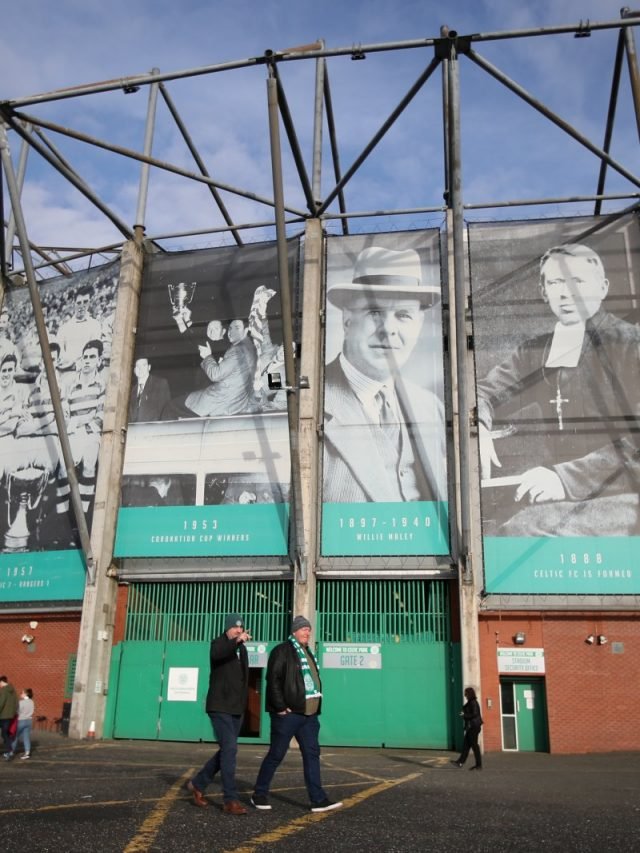 © Provided by This is Futbol Check out the latest news about Celtic!

Before this great run of form that the Bhoys are currently on, it was a sticky period for Postecoglou as Celtic only won once in five games between the end of August and the backend of September, but that may have just been a case of players getting familiar with the new system and style of play which is certainly reaping its rewards now. In other news: ‘No better player in the league’, ‘Cheat mode’ – Many Celtic fans wowed by Easter Road clip

Connor Shields has had a career of twists and turns – but he hopes to pick up some consistency after a frustrating start to life at Motherwell. After 11 goals ... Read more »

Nine points adrift of third place in the cinch Premiership and just six clear of bottom spot, there is no disguising the precariousness of Hibs’ situation at the moment. © ... Read more »

'Whichever opinion donates the highest amount, wins': Dave Chappelle launches fundraising challenge to let public decide whether his old high school names its theater after him - days after its students heckled him

It was maybe one of those moments which sums up Celtic right now under Ange Postecoglou right now. Martin O’Neill ’s Panenka penalty took a lot of balls – but ... Read more »

Des McKeown handed David Templeton his debut at Stenhousemuir – and he reckons injuries have stopped the winger from reaching his true potential. The 32-year-old’s retirement from playing was confirmed ... Read more »

© Reuters/FLORENCE LO FILE PHOTO: The interface of Indian payments app Paytm is seen in front of its logo displayed in this illustration picture By Sankalp Phartiyal and Nupur Anand ... Read more »