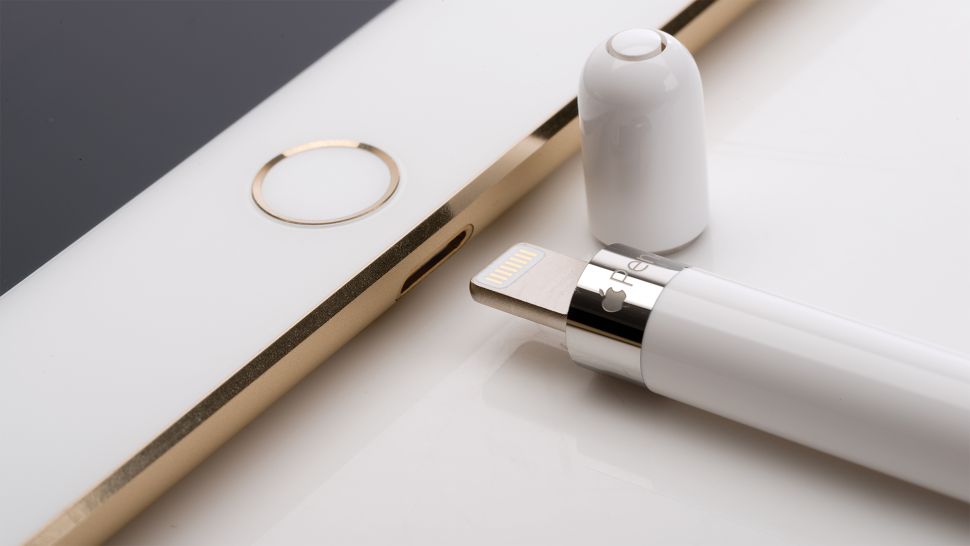 The Apple Pencil is a lovely thing for scribbling and sketching, annotating and illustrating. Whether you’re writing notes or creating intricate artworks it delivers impressive results thanks to a combination of pressure detection, tilt detection and rotation detection. Why would you want to use something else instead?

Secondly, there’s compatibility, because Apple Pencils only work with certain iPads (and not iPhones) and the second generation model only works with iPad Pros including the latest iPad Pro 12.9 (2021) model, along with the new iPad mini. Regardless, many rival styluses work on more devices, and some of them work on other firms’ tablets too.

There’s its charging, which requires you to stick the Pencil into your iPad in a rather inelegant way because you lost the little Lightning adapter months ago.

And finally, and possibly most importantly for artistic types, there’s personal taste. Artists care deeply about their tools, and what feels right in one hand might not feel right in another. 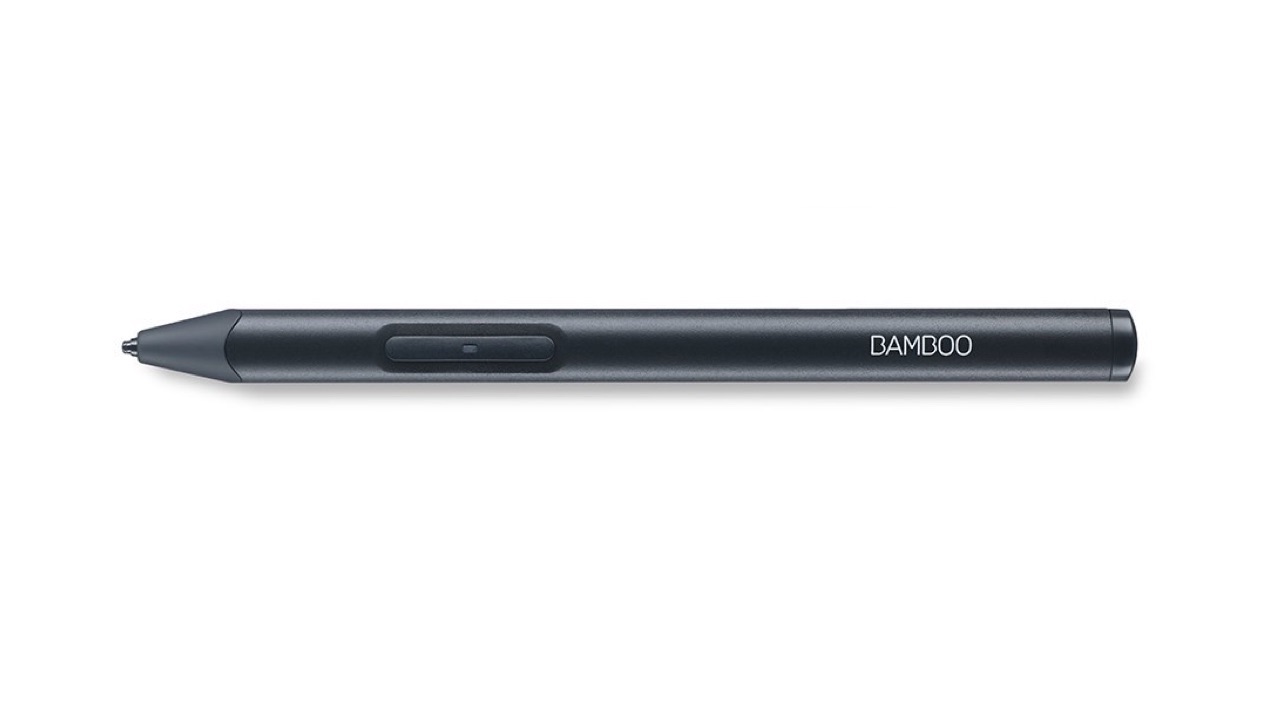 A serious stylus for artists and illustrators

–Overkill for handwriting–Hard to find

Wacom knows more about writing on tablets than anybody since Moses, so it’s no surprise to see two of its styluses in our top five. The Sketch is a fine-tipped, pressure sensitive stylus that works on iPad and iPhone via Bluetooth. It’s compatible with iPhones from the iPhone 6 onwards, although check the app compatibility list before buying: for example Adobe Sketch and Procreate are not compatible on iPad Pros.

The Sketch has a choice of replaceable soft and firm tips as well as two customizable buttons to make it fit your particular preferences. Unlike the Apple Pencil it charges via USB rather than a Lightning port, and you can expect around 16 hours between charges. It’s brilliant for sketching and drawing, and it’s worth shopping around for: the Sketch can be hard to find but it’s worth tracking down. 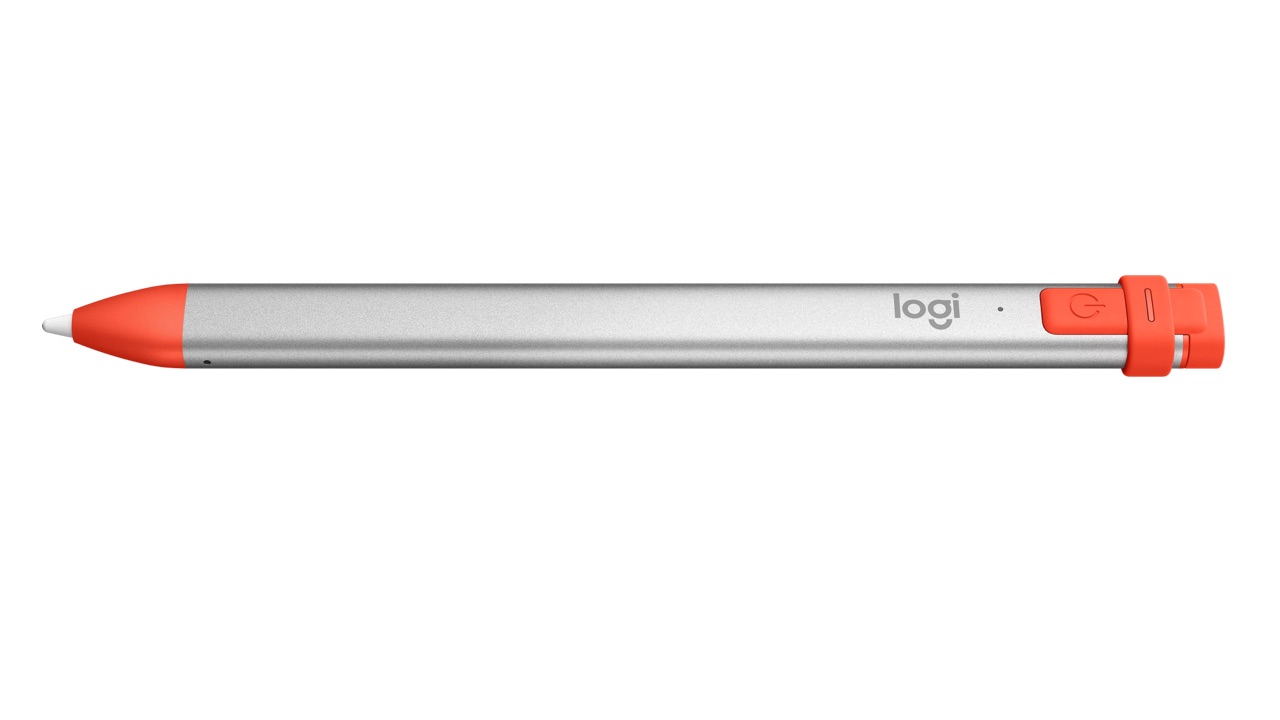 A colorful contender with Apple approval

Logitech’s Apple Pencil alternative has something many other styluses lack: the Apple seal of approval. On paper the seven-hour battery looks a bit rubbish compared to rivals, but you can get 30 minutes of use from a two-minute fast charge so we don’t think that’s a deal-breaker.

Don’t let the cheerful, child-friendly design fool you: while the Crayon was originally intended for the education market it’s a good stylus for non-educational environments too. The only fly in the electronic ointment is the lack of pressure sensing: instead, the Crayon uses tilt detection to adjust the weight of the line you’re drawing. If you’re looking for great build quality and don’t need pressure sensing it’s a strong contender. 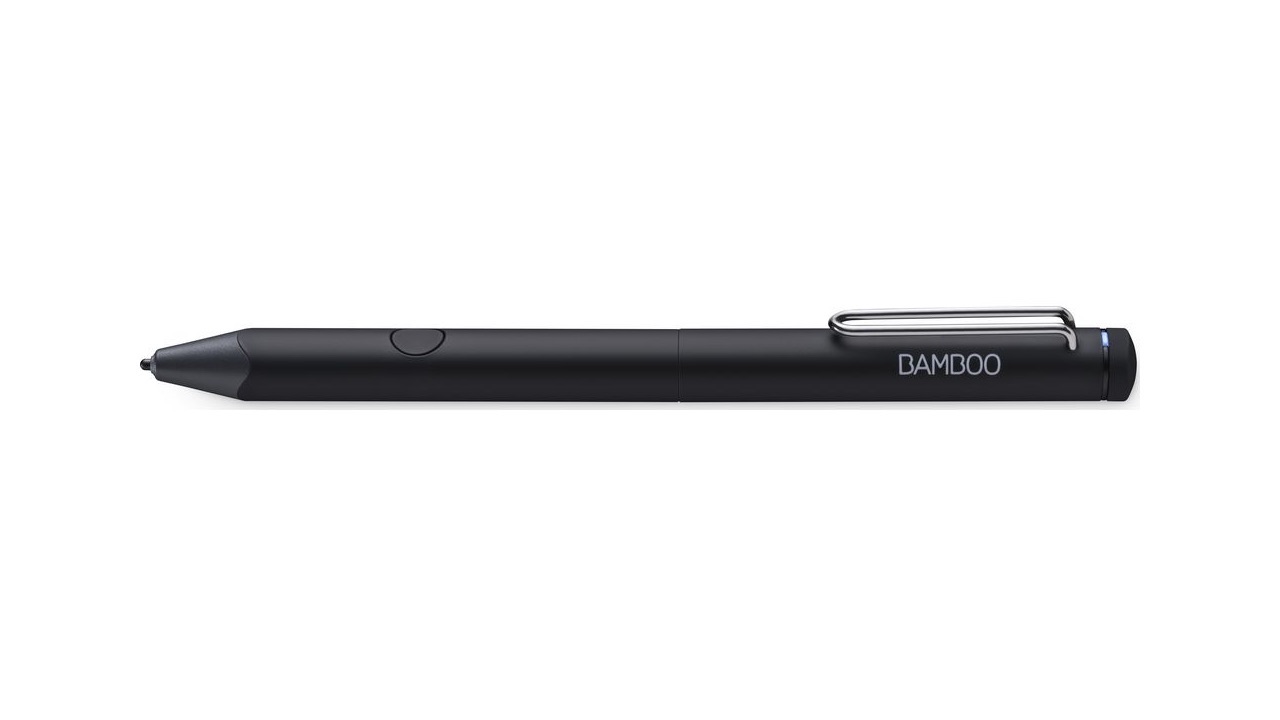 Another great Wacom, this time for writing

+Great value for money+Feels great in the hand

–Not as sensitive as the Sketch–Sketch is better for artists

The Fineline is the cheaper sibling of the Bamboo Sketch. Where the former was made for drawing and illustration, the Fineline is for handwriting – so while it’s pressure sensitive it only has 1024 pressure levels compared to twice that for the Sketch. It’s perfectly fine for scribbling diagrams or quick sketches but if you want to make really intricate art you’d be better with its slightly more expensive sibling.

For note taking, though, it’s brilliant. It’s nice and chunky in the hand and it has a twist mechanism to turn it on and off, and to hide the fine tip when you’re not using it. It comes in four colors, has a single programmable shortcut button and charges via USB; expect around 15 hours of use between charges. 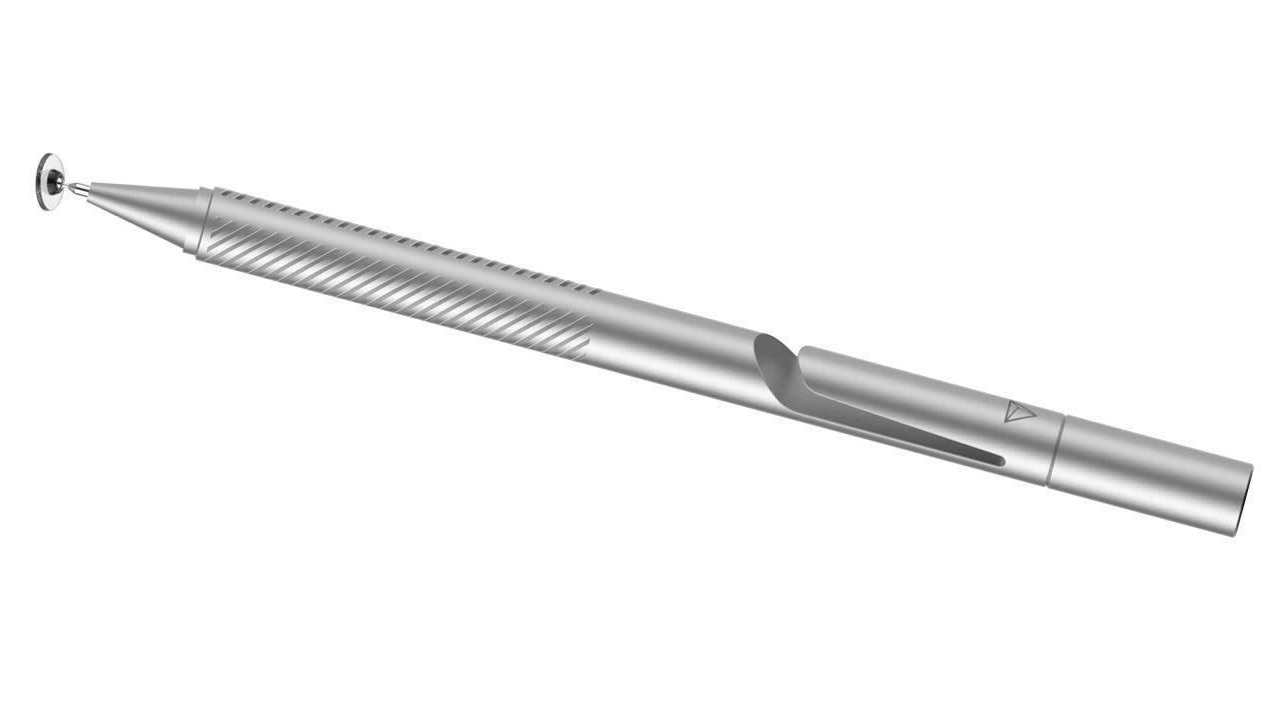 A simple stylus for almost anything

The Adonit is a surprisingly good pencil for the money: its etched aluminium body makes it look and feel more expensive than it is, it’s available in four stylish colors and it has a nifty magnetic cap to protect the stylus. It isn’t pressure sensitive, though, and you may find that the little plastic disc that surrounds the nib is a little bit annoying and doesn’t like any debris on your display.

The upside? Because it’s passive rather than active there’s no pairing or battery to charge, and it works with pretty much any kind of touchscreen. It’s not as good as a Wacom but it’s a lot more precise than any finger. 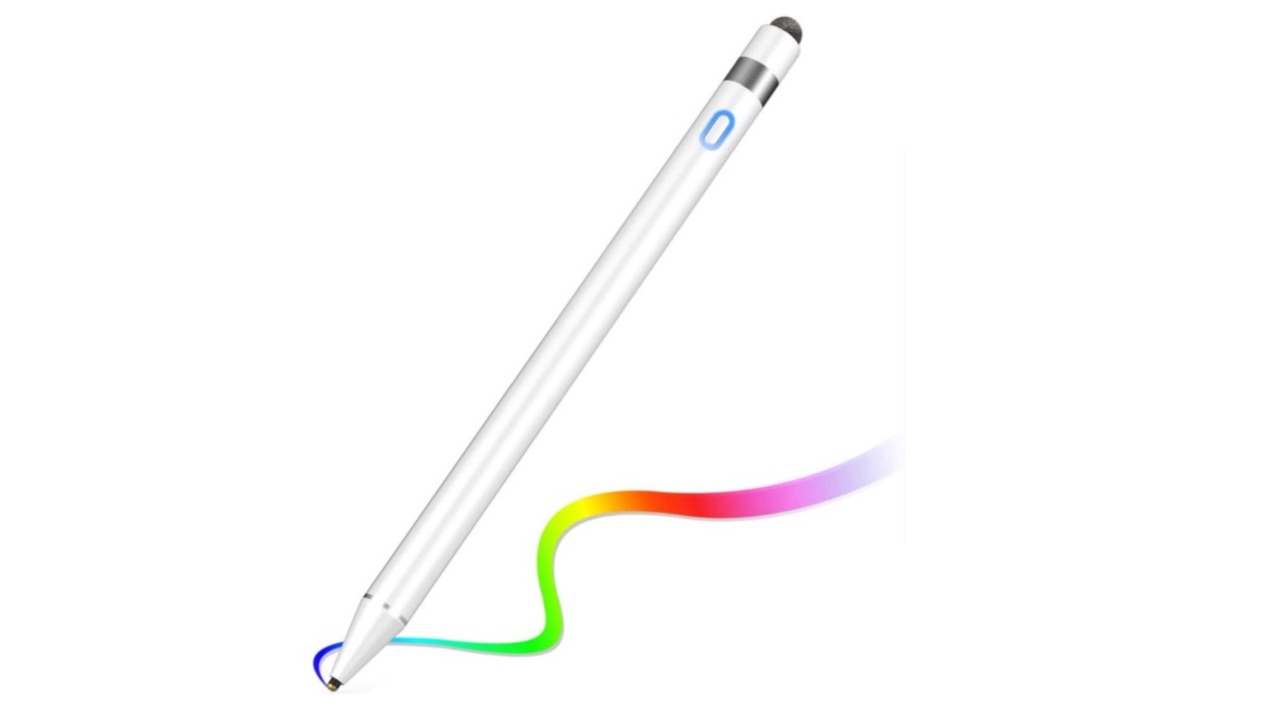 Cheap and cheerful for handwriting and sketches

The AWAVO is a capacitive stylus that operates without a Bluetooth connection, although you’ll still need to charge it because without power your iPad won’t detect it. Expect up to 24 hours from a single charge.

It works with iPads from the 6th-gen iPad, 3rd-gen Air, 5th-gen mini and the 11-inch and 12.9-inch, third generation iPad Pro. It feels a little bit like the Apple Pencil (and looks like it if you go for the white one) but if you’re drawing you’ll immediately notice the lack of pressure sensitivity, which means it’s better suited to scribbling than serious artworks. For handwriting and quick sketching, though, it’s a lot of stylus for not a lot of money.

DNS attacks are targeting more businesses than ever

Domain name system (DNS) attacks, a threat usually de-prioritized in comparison to ransomware, malware, Distributed Denial of Service (DDoS), and targeted hacking, are on the rise, and businesses are taking ... Read more »