Up until 2013, child benefit was available to all UK families and was not means tested or dependent on their income. However, in 2013, this changed and anyone earning over £50,100 a year was then asked to repay one percent of every £100 over the threshold – those earning £60,000 plus were asked to repay it completely.

Critics of the tax say that it hasn’t been very well promoted and unfortunately this has led to some people receiving a tax bill of thousands of pounds, when they could have just opted out if they knew the rules.

Even now, hundreds of parents are not aware of this change and experts are concerned that more basic rate taxpayers will be hit by this charge over the coming years.

HM Revenue and Customs (HMRC) collected £409million from the HICBC in 2019/2020 and according to analysis from NFU Mutual, this was down three percent from the £421million the year before.

By August 2020 there were 624,000 families who had opted out of receiving Child Benefit indicating that the message is finally getting out. 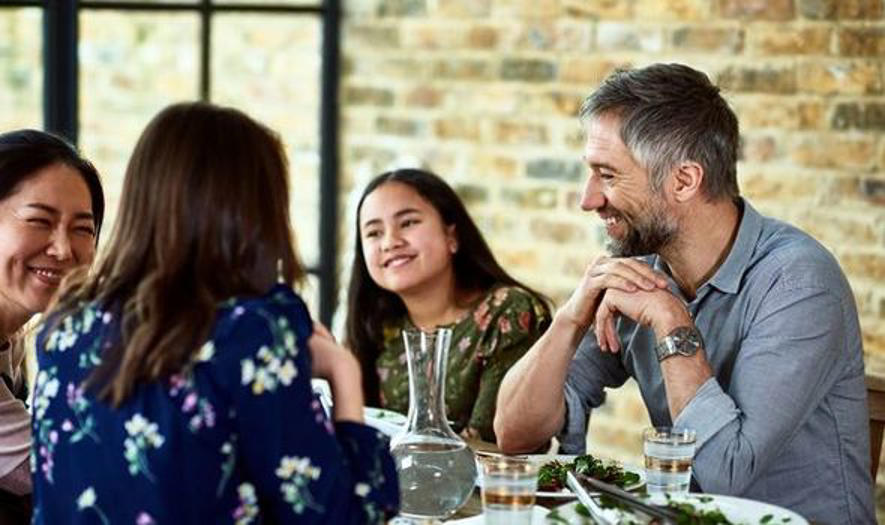 The £50,000 threshold hasn’t changed since 2013, but child benefit payments are probably the last thing on people’s minds when they get a pay rise, so it could catch them out.

Sean McCann, a Chartered Financial Planner at NFU Mutual, said: “This dip in receipts from the High Income Child Benefit Charge is likely to be down to an increasing number of families opting out of child benefit altogether.

“The £50,000 threshold hasn’t changed since 2013 meaning more and more families are being caught as incomes increase.

“While some are choosing to repay the benefit, many more with incomes over £60,000 who lose all their child benefit through the tax, are opting out of receiving the payments altogether.”

Should I still claim child benefit if my partner is on a higher income?

Opting out may be the easier option for many families who are earning over the threshold, but it’s important to listen to expert advice so that if one parent isn’t working, they still receive a National Insurance credit which will affect their entitlement to a full state pension.

To ensure this is not lost, the parent who isn’t working will still need to make a claim for Child Benefit but opt out of receiving any actual payment – it’s worth doing now so that the non-working parent doesn’t pay the price in the future.

Mr McCann explained: “It’s vital that the claim is made by the non-working payment, rather than the high-earning partner. 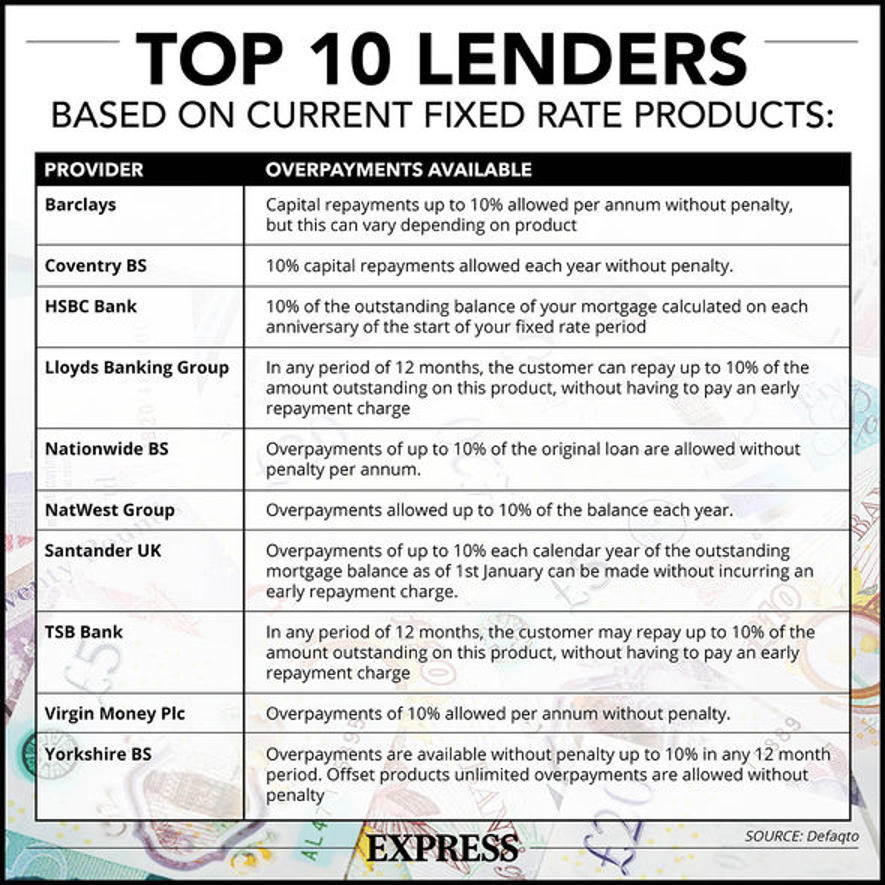 He added: “Families with non-working parents failing to register for child benefit could be counting the cost many years in the future.”

This guidance may need to be heeded by more families over the coming months as despite the Covid pandemic battering the economy, some people are seeing their wages rise, according to latest figures from the ONS.

While this in itself can only be described as good news, working parents could find themselves worse off if they get an unexpected tax bill.

And it’s important to remember that the threshold applies to someone’s Adjusted Net Income.

An individual’s Adjusted Net Income is the money they have left after personal allowances like pension deductions and they can increase the amount they pay into their pension to avoid losing out on child benefit.

In order to calculate whether their income is over the threshold, taxpayers will can go onto the Government’s Child Benefit tax calculator website.

Individuals who waive the payments can still complete the benefit claim form to claim National Insurance (NI) credits, which will benefit their state pension.

Halyna Hutchins, photographed at the Sundance Film Festival in 2019, was shot to death Thursday on set in Santa Fe, N.M. (Fred Hayes / Getty Images) The shooting death of ... Read more »

© Provided by Football League World Championship – Preston North End v Derby County Preston were beaten 2-0 away at Blackpool on Saturday in the first Lancashire Derby between the ... Read more »

Lewis Hamilton is preparing to use unprecedented tactics for Sunday’s US Grand Prix. Hamilton, 36 will start second on the grid after being beaten in qualifying by Max Verstappen, who ... Read more »

As is becoming increasingly apparent in political media, focusing on the sizzle of a news story trumps shining a light on the actual steak. A recent example was the supply ... Read more »

The outcry for a better way to spot footballs and determine if a ball has crossed the goal line intensified in Week 7, after there were several instances of tricky ... Read more »

Apple’s third-gen AirPods were a highlight of Apple’s October “Unleashed” event, which also saw the debut of a redesigned MacBook Pro line that brings back multiple ports and higher-end M1 ... Read more »

© Provided by NBC Sports When Washington quarterback Ryan Fitzpatrick suffered a hip injury in Week One, he was expected to miss six to eight weeks. That now appears overly ... Read more »

Tom Brady and the Tampa Bay Buccaneers (5-1) have returned home to play the Chicago Bears (3-3) Sunday in Raymond James Stadium. Bears quarterback Justin Fields is coming off of ... Read more »

Aston Villa manager Dean Smith answered questions in regards to his tactical system following the defeat to Arsenal on Friday evening. © Provided by Transfer Tavern 2021-10-16T134550Z_1378329096_UP1EHAG128D6I_RTRMADP_3_SOCCER-ENGLAND-AVA-WLV-REPORT As to be ... Read more »

From your phone to your TV: How to show photos and more

When our TVs were smaller, seeing that black screen wasn’t a big deal. In the age of cheap big screens, they’re an eyesore. © Amazon.com If you’re not watching anything ... Read more »

England striker demanded meals for vulnerable children, even outside schoolHe joined supermarket bosses and food industry leaders in letter to ministersSunak said a return to 'a more normal way of doing things' was neededTold Marr 'we have actually already acted' with new programme for children Read more »

Fake flowers are blooming! Floral walls loved by celebs like Stacey Solomon and the Kardashians are increasing sales in plastic plants – but florists and etiquette experts say 'tacky' trend harms the environment

Shops using fake flowers to drive customers to take selfies and promote brand Restaurants, hairdressers and florists have used the tactic to drive business But experts call out 'tacky' use of plastic fake blooms that aren't eco-friendly Read more »

Harrison Ford has been reunited with his credit card after losing it during a stay at a beach resort near Palermo, Sicily. A German tourist found the card with the ... Read more »

Coronavirus: Plan B needed now, but Plan A must also be bolstered, says Labour

Labour backs the introduction of greater coronavirus restrictions immediately, the party’s shadow chancellor has said, but says that any “Plan B” measures should not take focus from the important elements ... Read more »

Former Manchester United striker Andy Cole thinks Ole Gunnar Solskjaer is struggling to find a suitable system that accommodates all of the talent he has at his disposal. Following a ... Read more »

Labour calls for Plan B restrictions amid rising Covid cases

Labour has urged the government to introduce Plan B to tackle rising rates of coronavirus. © PA The Andrew Marr show The UK has some of the highest daily case ... Read more »

“Attack wins you games, defence wins you titles.” One of Sir Alex Ferguson ’s more famous quotes has certainly been proven true in the Premier League in recent seasons. As ... Read more »

© Provided by Football League World kamil jozwiak Derby County’s unbeaten run stretched to five matches yesterday with a 1-1 draw against Coventry City away from home as they look ... Read more »

Tory peer calls for greater scrutiny of quangos by parliament

© Provided by City AM The number of quangos is steadily growing under Boris Johnson’s government and should be more accountable to parliament, according to a new report. A report ... Read more »

© Provided by Transfer Tavern James Tavernier in action against Benfica A number of Rangers supporters have criticised James Tavernier’s performance in the first half of their Premiership clash with ... Read more »

Addiction isn't shameful – so why aren't more universities offering students the support they need to recover?

© Getty Images University life can perpetuate addiction if the right support systems aren’t in place. – Getty Images As a mature student in recovery from addiction, the heavy drinking ... Read more »

Celtic enter into negotiations with "excellent" £5.5k-p/w beast, fans will be buzzing - opinion

YouTube is facing a reckoning. Insiders explain how CEO Susan Wojcicki skirted scrutiny for years and why that could be about to change.

'He's sold his soul': Campaigners and fans slam 'greedy' David Beckham over '£150m' deal to be Qatar ambassador and face of World Cup as he faces calls to be stripped of UNICEF role over country's human rights record

Tim Hortons sets its sights on a sustainable future with reusable coffee cups and containers, expected to hit stores by November 1