This most recent change came into effect on October 15, 2021 and is the fifth time the card payment threshold has been raised since 2017. The last limit was £45 per contactless payment, and now many retailers’ card terminals will need to be updated. Therefore, the option to pay upwards of £45 will not be available everywhere as of now, a process which can take a period of months.

According to UK Finance, 60 percent of all debit and credit card transactions across the country have been contactless from January to July of this year.

The trade body estimates that this accounts for 6.6 billion payments, with an overall value of £81.4billion.

Furthermore, UK Finance found more than a quarter of all bank transactions in 2020 were contactless, which is a dramatic rise from the seven percent of contactless payment registered in 2016.

Contactless card limits were raised to £45 in the early days of the pandemic as a social distancing measure to encourage people to make speedy payments without physical contact or cash. 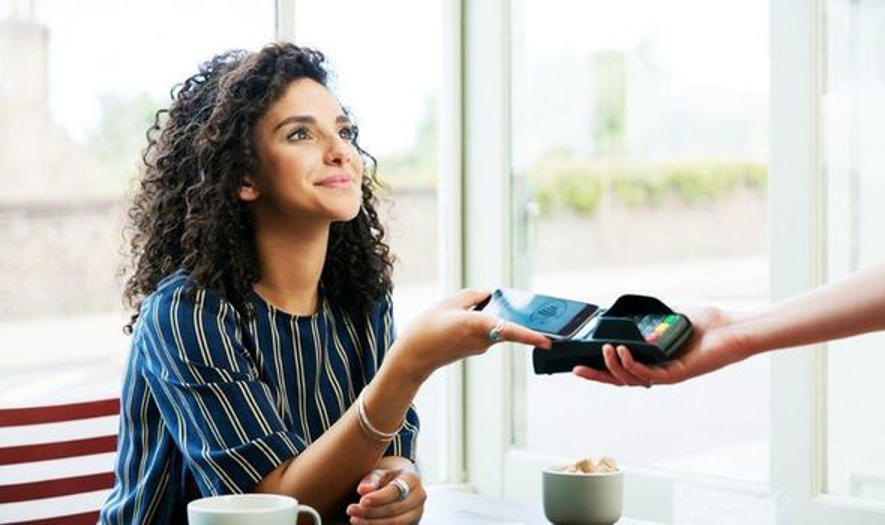 However, some experts are concerned that the rise in prominence of contactless card payments will attract negative attention from those looking to commit scams.

Ms Suter said: “Despite being sold as a way for people to spend more conveniently, the move is a paradise for thieves, who can steal hundreds of pounds from you before you’ve even noticed.

“Fraud protections aimed at stopping thieves mean that everyone is required to enter their PIN if there are multiple transactions up to £130.

“But this is now more than doubling too, to accommodate the new £100 limit, and means that thieves won’t face a request for a PIN until they’ve spent £300.

“If you have multiple cards in your purse or wallet, the total amount stolen could quickly rack up.

“Bank bosses point to the advance of technology helping to fight fraud, as some allow people to quickly freeze their cards in an app if it’s lost or stolen.

“This works for younger or digitally-savvy customers, but leaves vulnerable customers, older people and the less digitally savvy out in the cold. 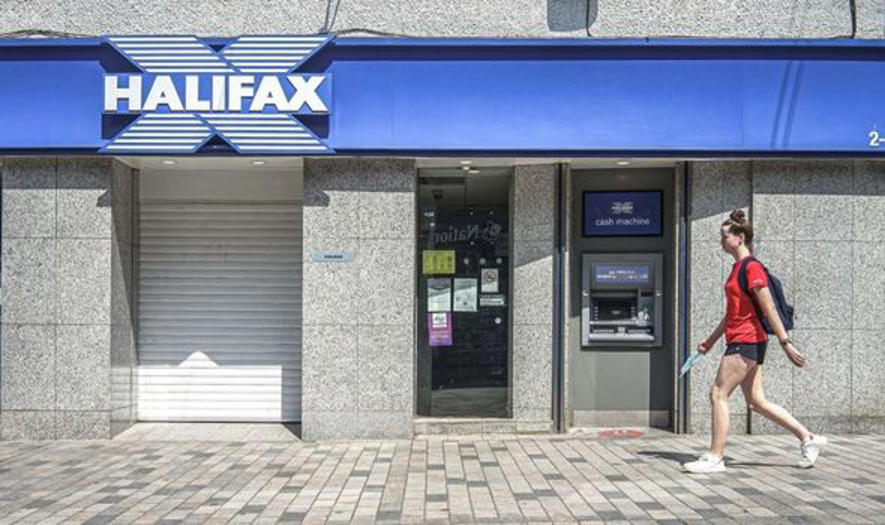 “For those wary of the new £100 limit, a handful of banks are allowing people to set their own, lower contactless limit.

“Unfortunately, not many are offering this and the default will be for people to be automatically switched to the higher rate and have to opt-in to a lower limit, meaning many will sleepwalk into a £100 limit without realising it.”

Among the banks which are offering their consumers a personal contactless payment limit, as a means of protection, are Halifax, Lloyds and the Bank of Scotland.

Recently, Halifax published a list of the five contactless card myths which many consumers believe and debunked each to encourage people to use the payment method.

One of the most common myths is that if someone’s card is lost or stolen, someone could spend their money and they will not get it back.

In response to this, the bank stated: “We have security measures in place that will protect your hard earned cash if someone ever managed to get hold of your card.

“Contactless uses the same level of security as a Chip & PIN transaction, and has certain features that limit fraud.

“For instance, your contactless card can only be used for transactions under a certain amount.

“And as an extra security measure, we’ll also ask you to enter your PIN every few transactions if you use a Halifax contactless Visa debit card.

“This is our way of checking in with you, and making sure nobody else has got their hands on your card.

“Meanwhile, if you know your card is lost or stolen you can cancel your card; it’s easy to do this over the phone or via our Mobile Banking app.

“Security measures will then alert us if someone is trying to use a blocked card, and the transaction will be declined.

“Even if someone does manage to spend money before your card’s cancelled, our fraud protection guarantee is in place to protect you and put your mind at ease – helping you to get your money back.”

Currently, the majority of bank customers across the UK will be able to spend upwards of £100 on contactless payments as of last week.

Should Go Fashion shareholders book profit or hold the stock for long term?

Welfare benefit claims decline for second quarter in a row

What the Heck? Why Sheffield United had to start a project

So much for common sense! Hilarious snaps capture the moments hapless people made some VERY baffling decisions

From biplanes to the supersonic 'Concordski': Fascinating book unravels the mystery surrounding Soviet carrier Aeroflot - 'a parallel universe of aviation for 70 years'

Author Bruno Vandermueren presents a stunning visual history of Aeroflot in his book Aeroflot - Fly SovietIt was a carrier that was the sole operator of some aircraft types and the world saw 'just the tip of the iceberg’In 1990, Aeroflot carried 137,198,200 passengers, about an eighth of the world’s total  Read more »

Video: Home and Away star Tammin Sursok gives fans a little too much information about her period in comedic post

© Provided by Daily Mail MailOnline logo Nearly 20,000 homes in the UK were without power for a fourth night yesterday as engineers battle to repair the damage done to ... Read more »

Desis Who Chose To Live A Marriage-Free, Child-Free Life Share Its Perks & Perils

© Provided by MensXP In India, as soon as you cross the age of 25-26 years, you become the target of an official inquiry held by your relatives, neighbourhood aunties ... Read more »

After a long wait, the trailer of Ranveer Singh and Deepika Padukone starrer 83 has released and fans cannot keep calm. The film’s release was delayed due to the coronavirus ... Read more »

Between becoming Twitter's CEO and gaining 10x more followers overnight, the craze around Parag Agrawal has taken some funny turns

© SFELC Between becoming Twitter’s CEO and gaining 10x more followers overnight, the craze around Parag Agrawal has taken some funny turns Twitter has a new CEO and it’s another ... Read more »

Apple Store Gift Cards now available in India on Amazon: All you need to know

Apple is now selling App Store gift cards on Amazon in India. The gift cards are available in various denominations and can be spent on apps in Apple App Store, ... Read more »

Mark Lawrenson has tipped Ralf Rangnick to make a positive change at Manchester United after the German was named interim manager. Rangnick was on Monday appointed on a six-month contract ... Read more »

© Google Maps Barcelona Four people including a one-year-old baby and another child, aged three, have died in a fire in Barcelona. The blaze broke out about 6am on Tuesday ... Read more »

PDDS 'respect's Go decision to back out of presidential race

THE Pederalismo ng Dugong Dakilang Samahan (PDDS) party respects the decision of its standard-bearer Senator Christopher “Bong” Go to back out of the presidential race in the upcoming 2022 national ... Read more »

Boris Johnson will give a Downing Street press conference this afternoon after new measures took force to tackle the Omicron variant. The Prime Minister will speak after a flurry of ... Read more »

Pandemic property boom pain: First-time buyers are shelling out an extra £23k on deposits - and HALF have seen sales collapse, wasting £2,400 in fees

© Provided by This Is Money MailOnline logo First-time buyers have been forced to find, on average, an extra £23,000 to purchase a home since the start of the pandemic, ... Read more »

SSB: In the last ten years, it has become more expensive to use public transport in Norway

Prices for using public transport in Norway rose more than the general price growth from 2010 to 2020. Prices for passenger transport by road and water rose the most. The ... Read more »

The Associated PressChristian Tango Muyaka, a 30-year-old asylum-seeker from Congo, poses for a photograph inside a Catholic church in Mytilene port, on the northeastern Aegean island of Lesbos, Greece, Monday, ... Read more »

Fashion Awards 2021: 39 of the best looks from the red carpet

© Provided by The National From left: Priyanka Chopra, Dua Lipa, and Demi Moore at the Fashion Awards 2021. The annual Fashion Awards took place in London on Monday evening, ... Read more »

SINGAPORE — In a bid to prevented his estranged wife from leaving in a taxi, a man hopped onto the back of the vehicle and sat on its roof. Muhammad ... Read more »

PHOTO: meeth Many of us grew up believing that all things Japanese are linked to premium quality. There’s a grain of truth to that, given the Japanese exactitude in their ... Read more »

Dustin Martin has signed on as the face of Archies Arch Support Footwear, modelling for their latest ad campaign. The 30-year-old Australian rules footballer recently showed off the brand’s support thongs in ... Read more »

© https://www.123rf.com/stock-photo/v_a_waterfront.html CAPE TOWN – The tourism industry in Cape Town said that while it was disappointed that travel bans had been imposed on South Africa, it would continue its ... Read more »

6 Steps to Higher Net Worth: A Year-End Financial Checklist

If you want to build momentum for your New Year’s money resolutions, set some financial improvements into motion before the end of the year. NerdWallet – NerdWallet Here are six ... Read more »

THE Prince of Wales has branded slavery an “appalling atrocity that stains our history” as Barbados becomes a republic. Charles made a landmark speech acknowledging Britain's colonial past as the ... Read more »

Palace: Philippines not yet ready to transition to COVID-19 Alert Level 1

© Luisito Santos/Super Radyo dzBB Families with young children flock to seaside area of a mall in Pasay City on Sunday, November 7, 2021, the first weekend after the National ... Read more »

POLICE have apprehended a woman who allegedly tried to run out on the tarmac at Los Angeles International Airport. The woman apparently tried to wave at a plane, according to ... Read more »

GOOGLE users need to double-check their passwords in the face of phishing schemes, data grabs and other attempts to steal personal information via Gmail, Google Drive and Google Chrome activity. ... Read more »

Chennai: Woman who sold her baby and complained of being robbed arrested

Abid Ali fell nine runs short of a second consecutive century as Pakistan chased down a target of 202 to beat Bangladesh by eight wickets in the first Test and ... Read more »

Three out of the four major stock market indexes closed higher Monday — a quick relief rally filling in gaps from Friday’s 2%+ sell-off. The Dow crossed back north of ... Read more »

Navigator Holdings (NVGS) came out with quarterly earnings of $0.10 per share, beating the Zacks Consensus Estimate of $0.06 per share. This compares to earnings of $0.03 per share a ... Read more »

© Provided by Football League World Lee Buchanan n The January window is now just over a month away and it looks set to be an interesting one for Derby ... Read more »

One of the most anticipated draws in Scottish football took place on Monday evening with the draw for the Scottish Cup fourth round. © All the latest from around the ... Read more »

Graham Stack: Knocking out a fan kickstarted my career at Arsenal

Recalling when Barca vs Liverpool came second to EastEnders

Easyjet results: Losses top £2 billion in two years as fears about travel grow due to Omicron

How easy access savers can beat the market and secure 1.11% rate

Mercedes accused of 'unsportsmanlike behaviour' as Verstappen-Hamilton battle heats up

Perth Ashes Test in doubt due to strict quarantine rules