A gang of neo Nazis has set fire to an Aboriginal flag in disturbing video The group - 'Warriors of Convict Resistance' - also made threats against SenatorAfter burning the flag, the men then pose for the camera in a Nazi salute

A neo-Nazi gang who set the Aboriginal flag on fire and made threats against an Indigenous Australian Senator have vowed to carry out more vile stunts despite attention from intelligence agencies and Victoria Police.

The black balaclava-wearing group, who call themselves the ‘Warriors of Convict Resistance,’ posted a disturbing video of themselves burning an Indigenous flag while spouting racist propaganda before performing a Nazi salute.

Two men can be seen in the shadowy clip – one holding a British flag – standing by while another reads from a sheet of paper proclaiming Aboriginal people as ‘the enemy’ and welcoming the ‘conquering’ of their land.

In the background, posted to a fence, is a sign calling Indigenous Senator Linda Thorpe a racial slur as well as a sign that says ‘small pox’ – a disease brought by European settlers which killed large numbers of Indigenous populations.

The video was even accompanied with the caption: ‘It was an invasion, we won’. 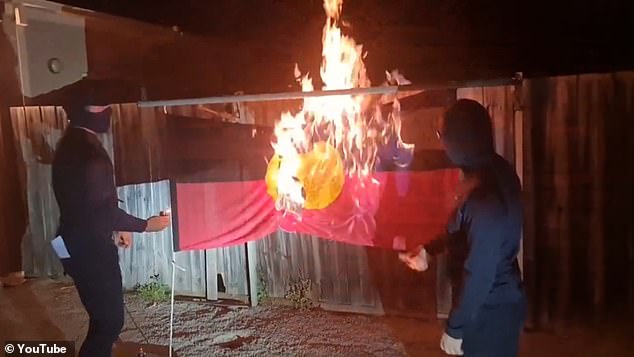 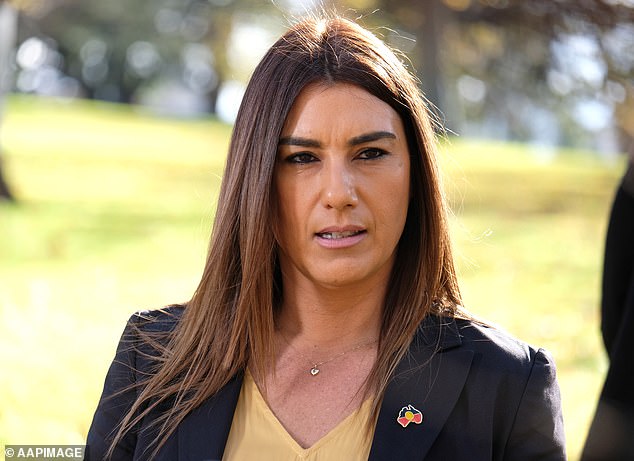 ‘Our forefathers did invade this land, in fact, they conquered it. The prize is the big red country, and our enemy is the Aboriginal,’ the reader said.

‘We will restate our claim as the rightful owners of this land, fuelled by our inevitable and eternal victory.

‘When we burn the Aboriginal flag we aim to offend the cultural sensitivity of the Aboriginals and their supporters in order to make you feel the same pain and anger we feel when we see our flag being burnt.

‘Understand this land belongs to and is a part of white Australia.’

The men then torch the flag and pose for the camera in a Nazi salute, after

The leader of the group, who goes by the online pseudonym John Dixon, spoke about the incident filmed in a suburban backyard, which has been circulating on social media. 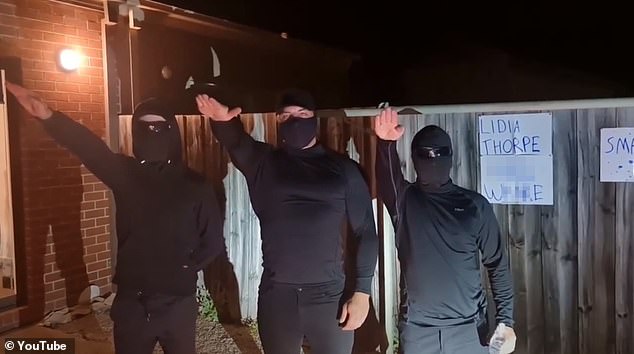 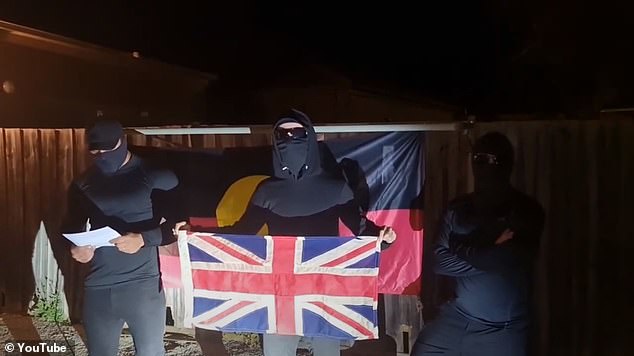 Pictured: Two men can be seen in the shadowy clip standing by while another reads from a sheet of paper proclaiming Aboriginals as ‘the enemy’ and welcoming the ‘conquering’ of their land

‘Dear vicpol asio and traitors. You burnt our flag we burn yours. Yet when we do it we are being investigated,’ the Neo Nazi leader wrote.

‘We never made threats to any senator we just racially abused her which she deserved. We look forward to being (burning) more flags of our enemies. Branches of WACR are spreading.’

Senator Thorpe’s office told the Herald Sun said the video has been passed on to the ‘relevant law-enforcement agencies’.

‘We are aware that there is a very violent and distressing video circulating online,’ the statement said. 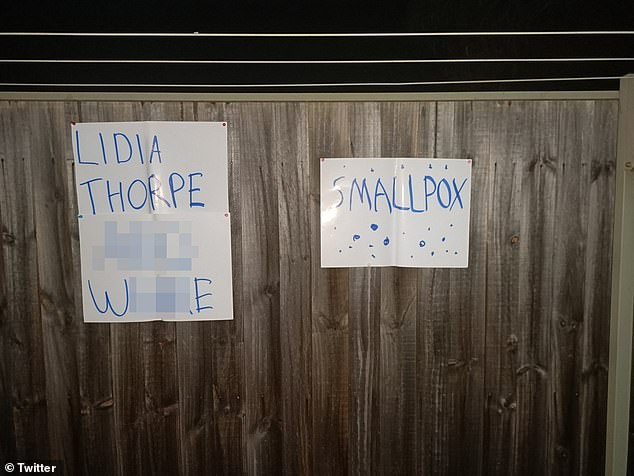 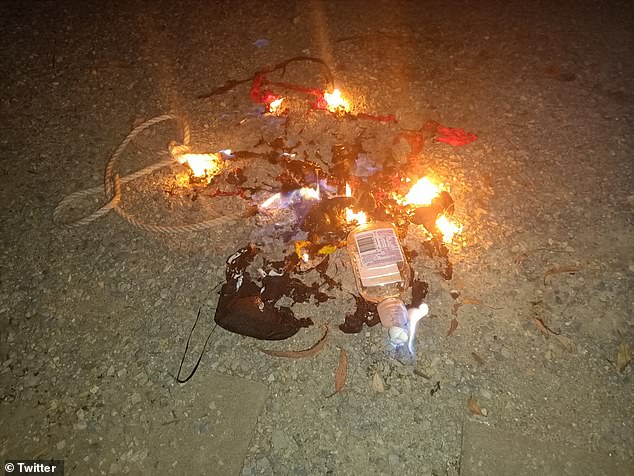 The neo Nazi gang have vowed to carry out more vile attacks . Pictured: The remains of the burnt flag

‘The rise of white supremacists and their ongoing threats to parliamentarians must be taken seriously.’

The concerning incident comes as the Victoria’s Parliament are attempting to pass legislation that would make it illegal to display Nazi symbols.

‘This reflects a growing international trend, as well as ASIO’s decision to allocate more resources to the threat,’ he said.

© Stephen Hamilton/Inpho Linfield manager David Healy Linfield boss David Healy has told his players that none of their critics will be shedding tears over the champions’ faltering form. The ... Read more »